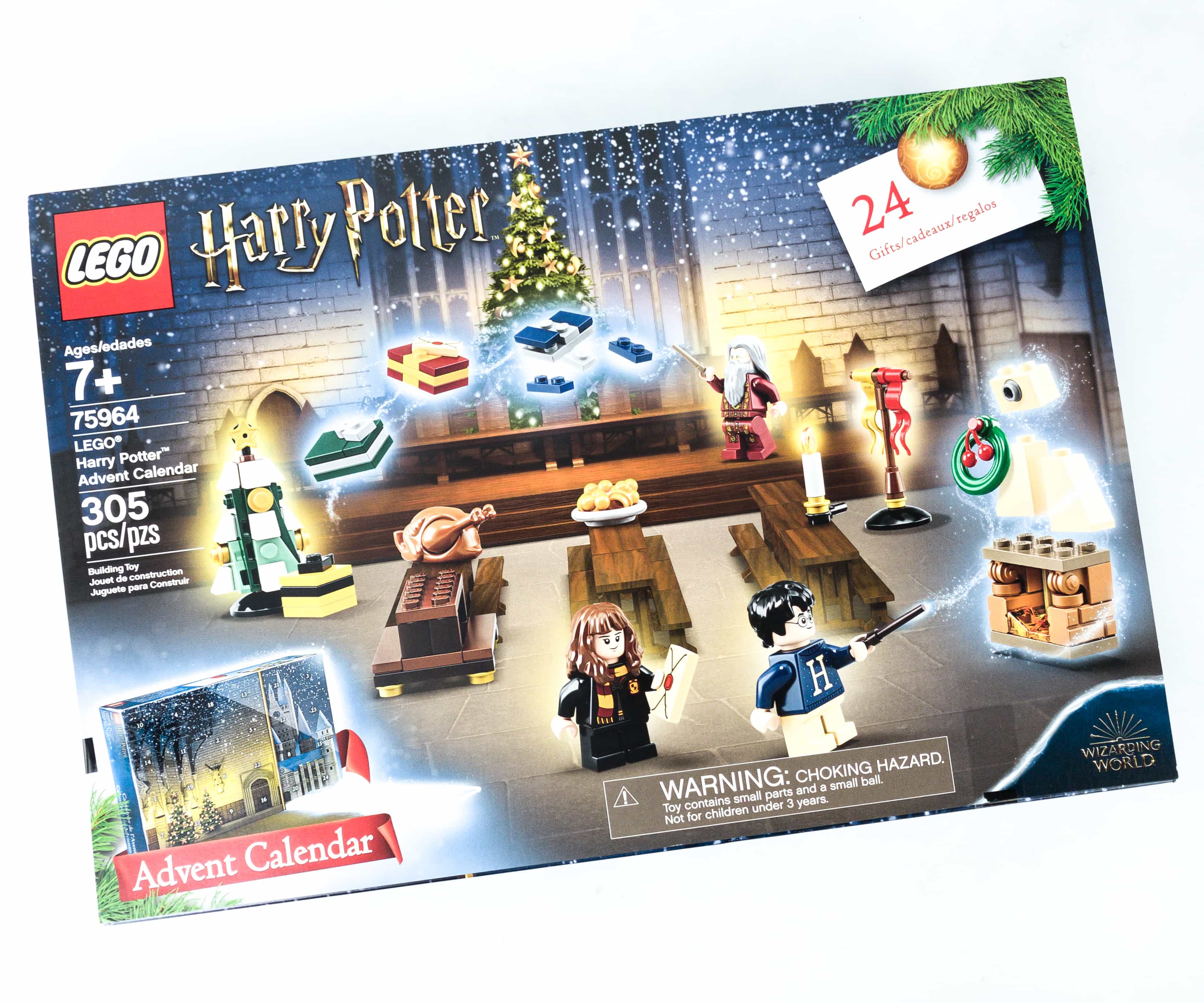 For 24 days of fun, a different surprise awaits you behind each door – and they are ALL Harry Potter themed, with some great minifigs! Great for either play or display, these models can be enjoyed not just during Christmas but all year long. 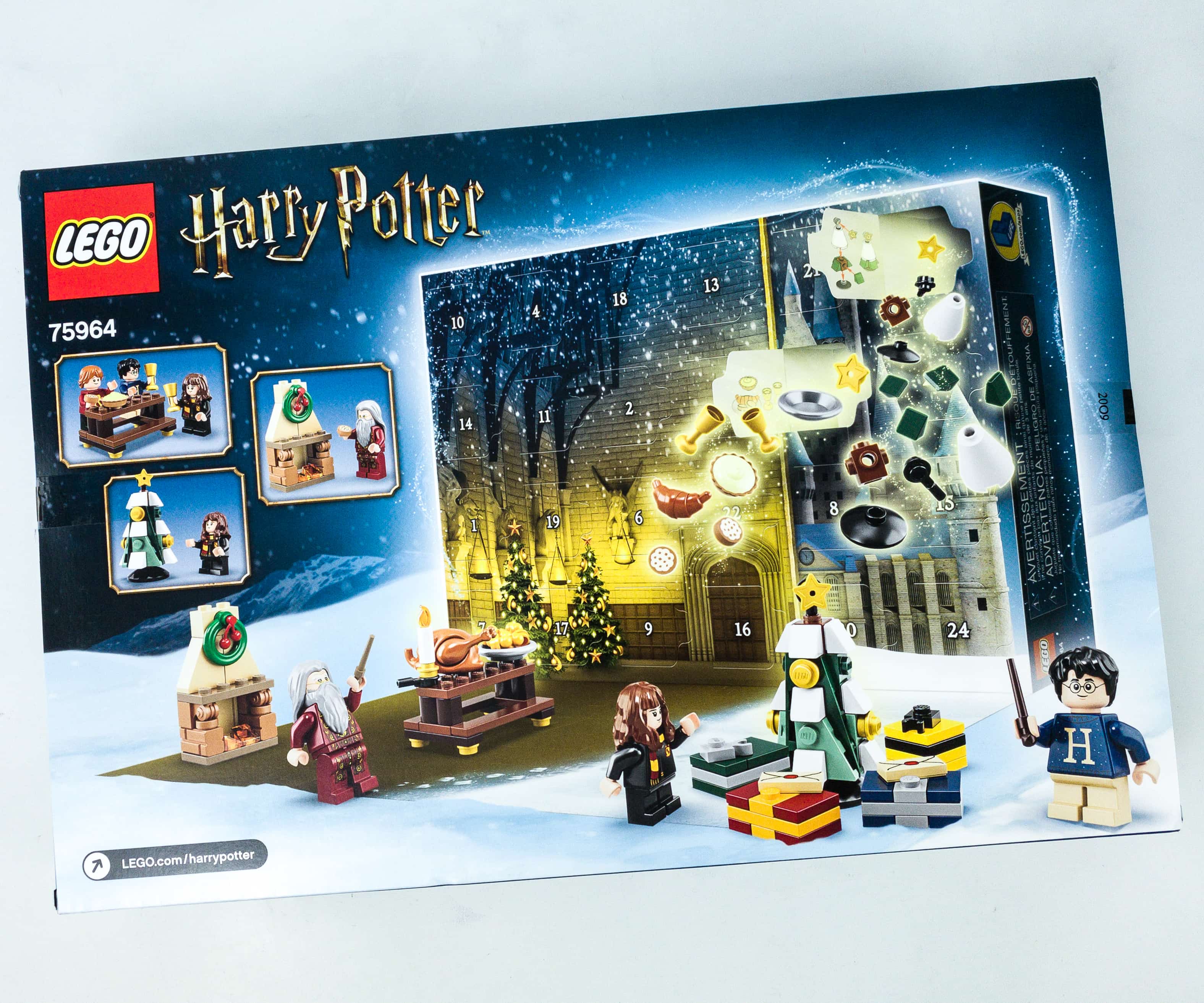 Featured at the side of the box are some mini figures that you can expect inside! There’s also a provided space where you can write the recipient’s name and the giver’s name in case you’re going to gift it. 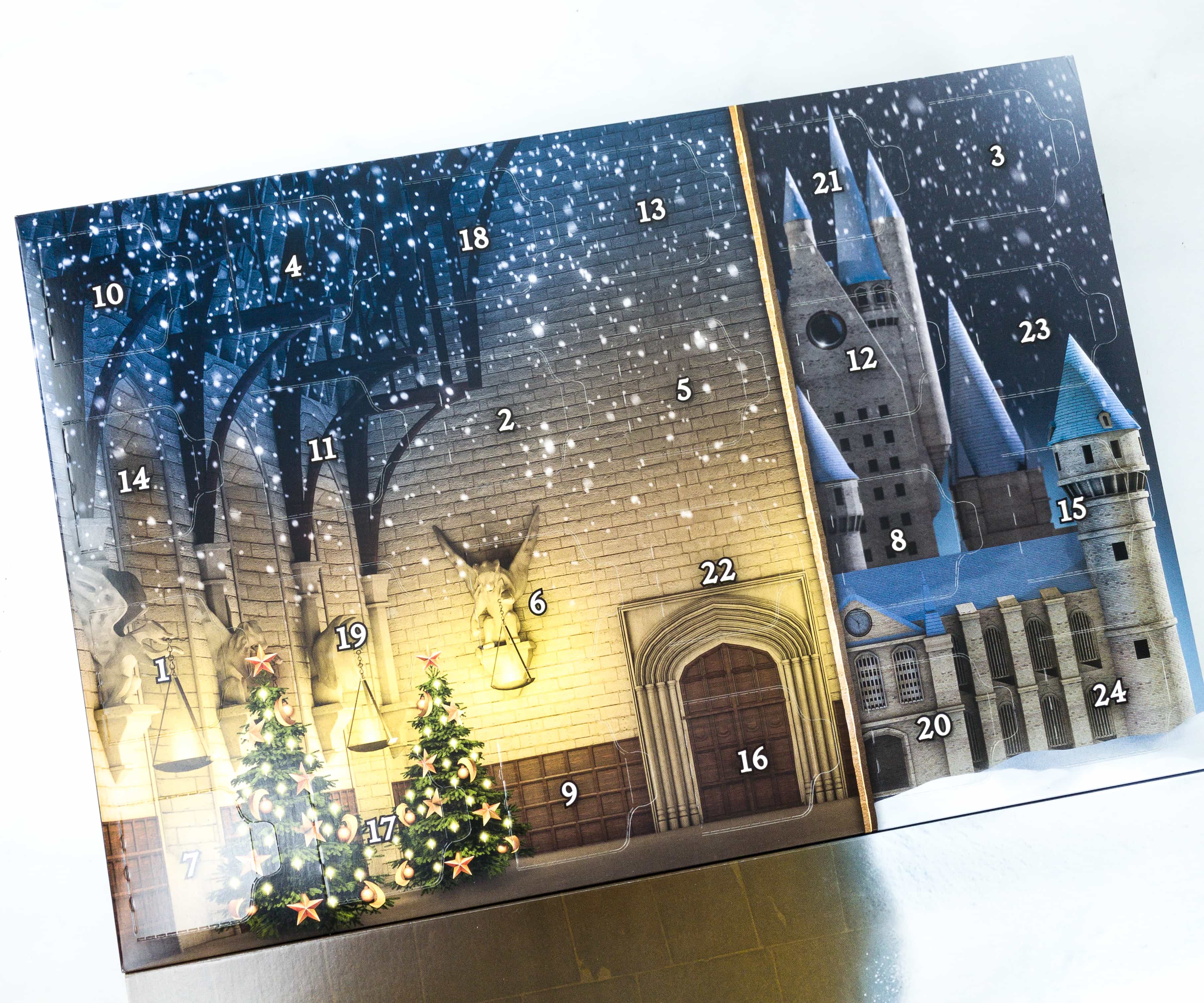 As always, the boxes are in random order. This is done to make things a little more interesting! 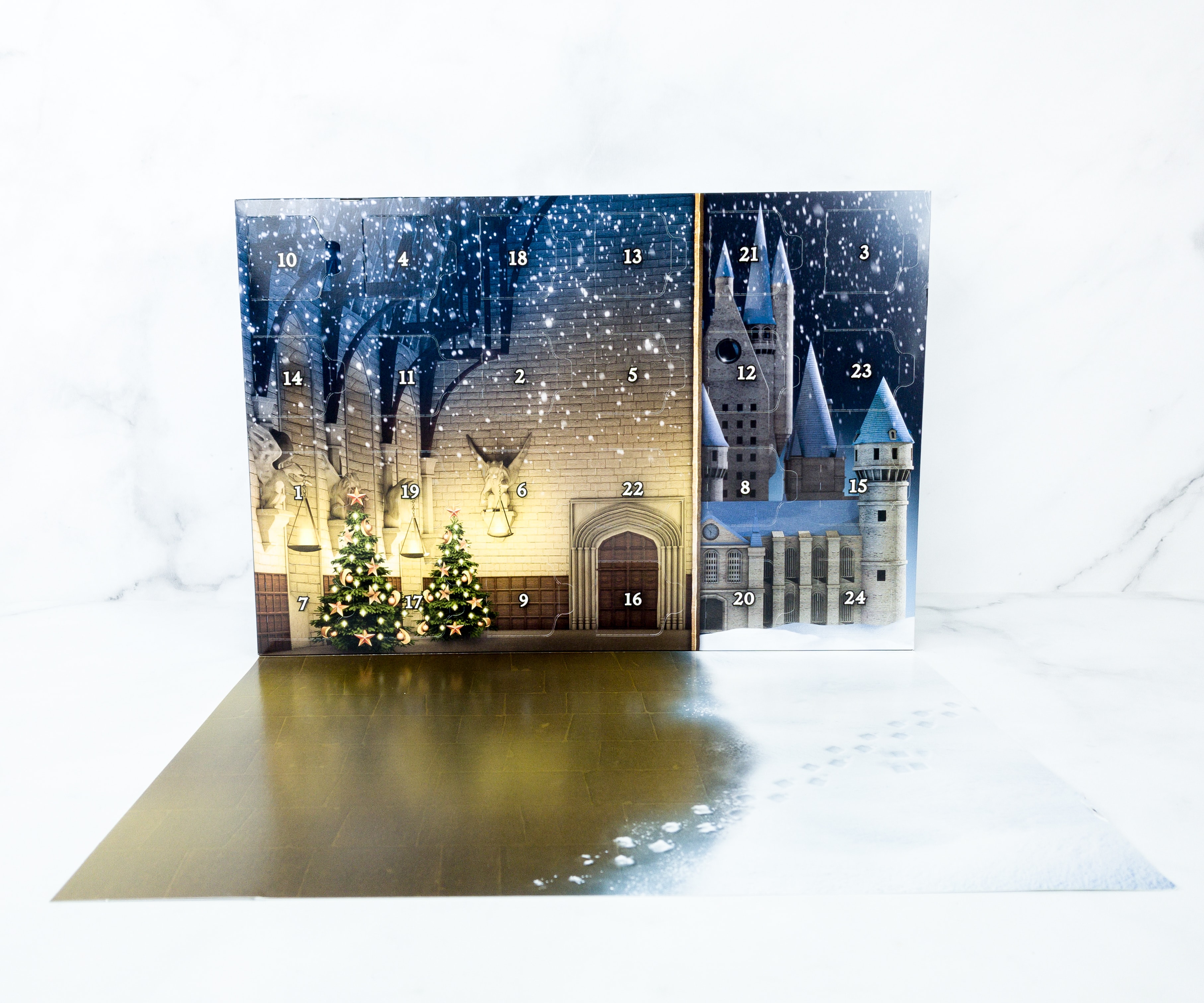 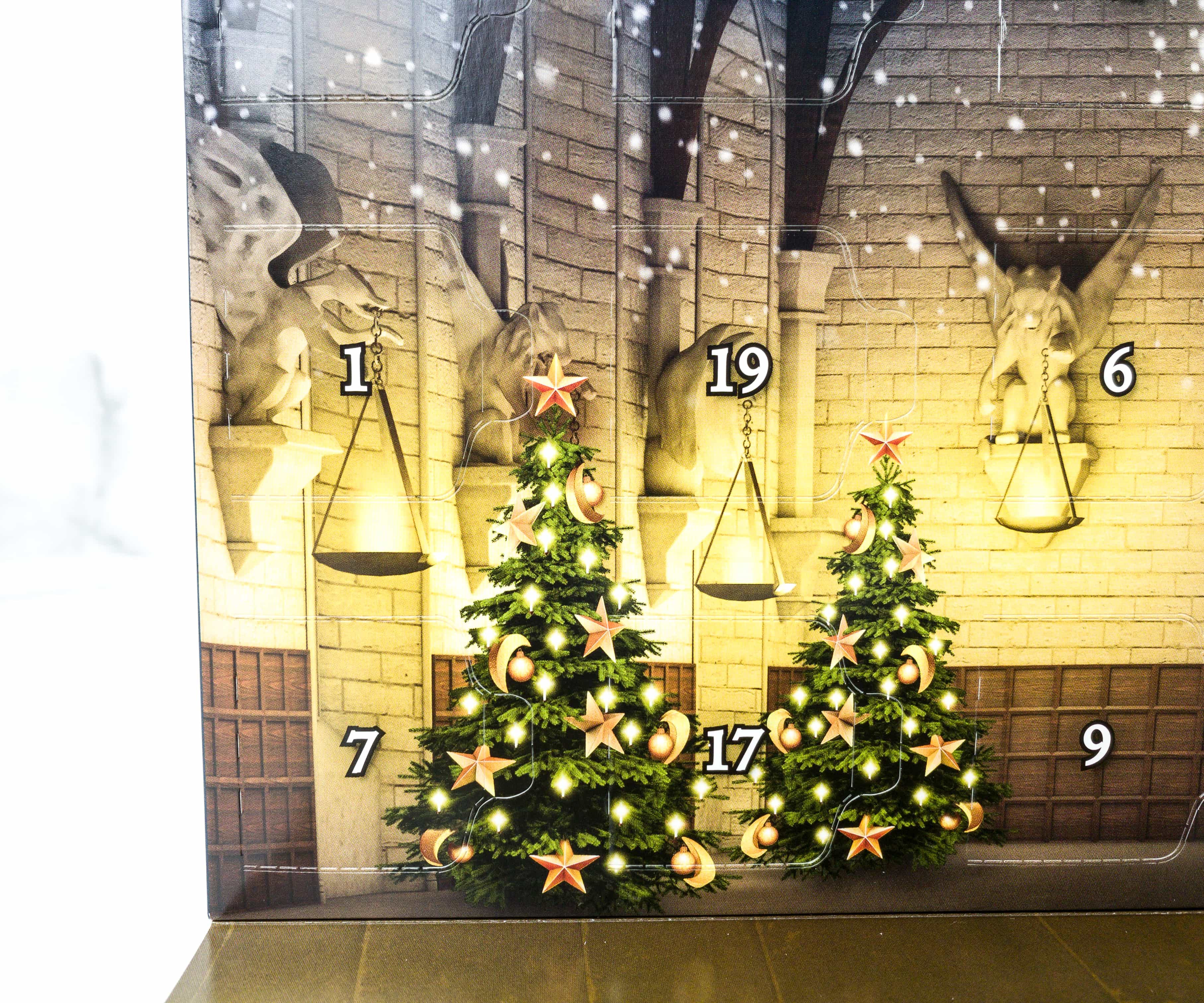 To open, simply push the lock and slowly tear the side! 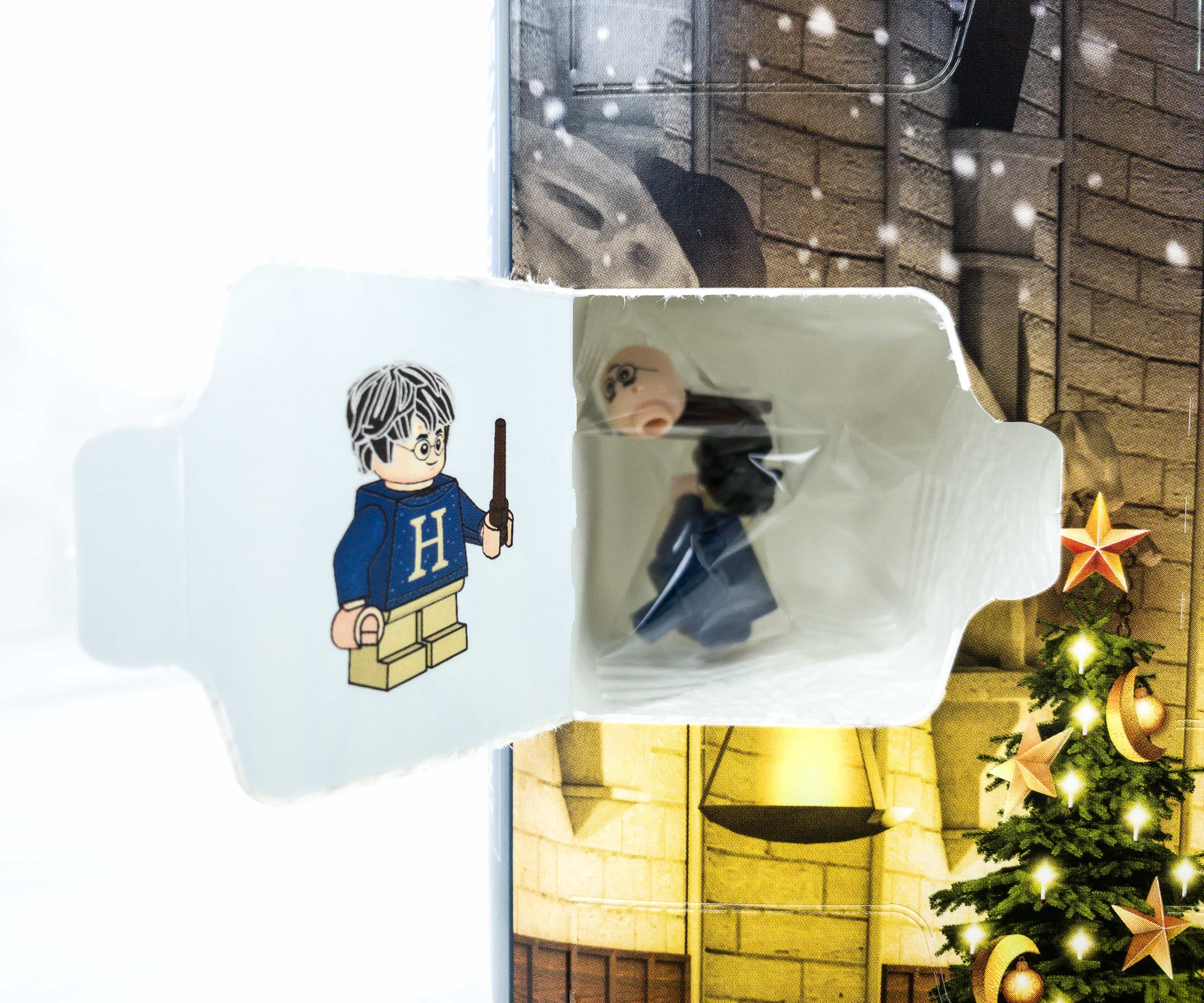 We opened the first compartment and we got an exclusive Harry Potter mini-figure! 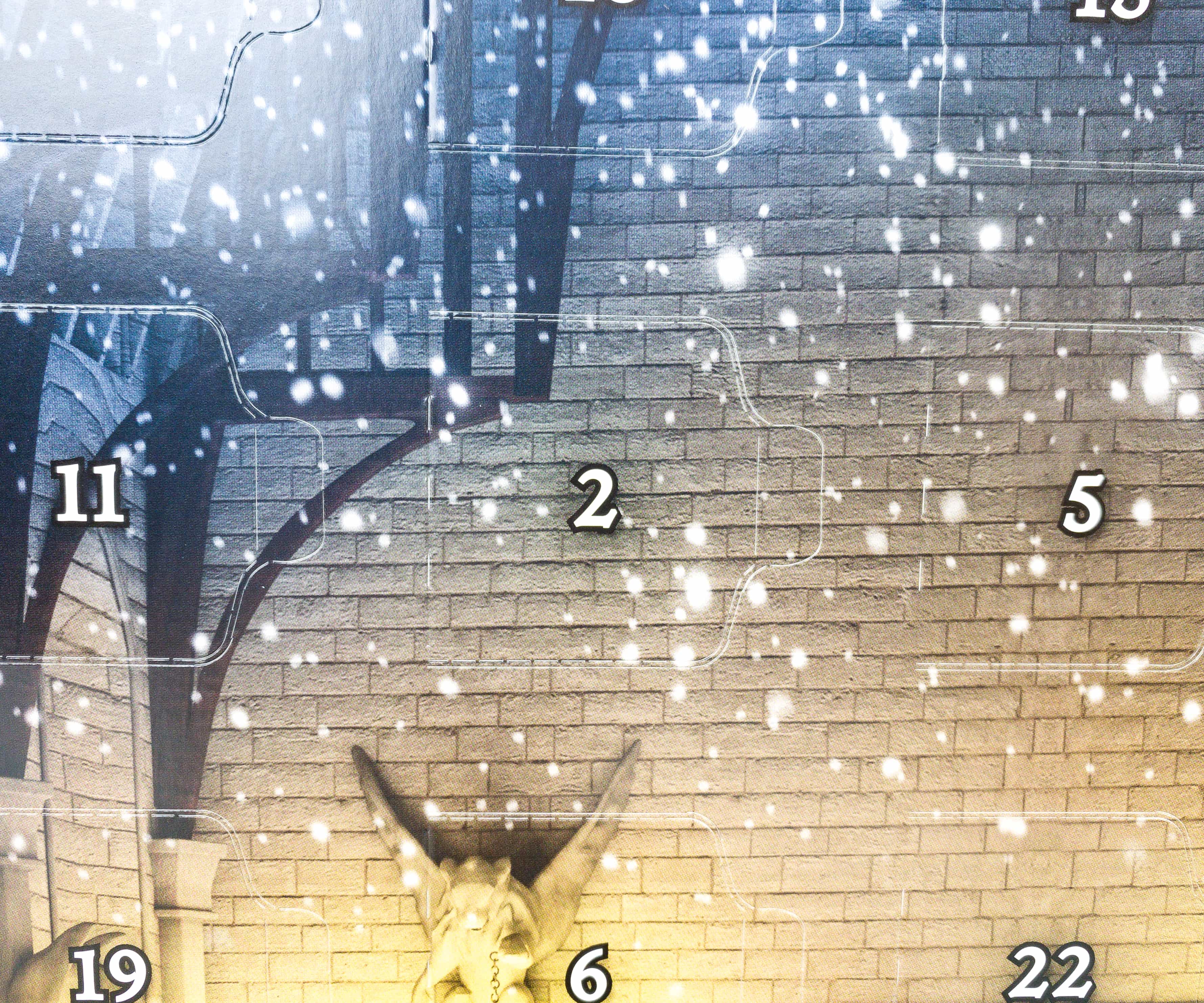 Since the compartments are in random order, the second box is placed in the middle part of the box above the sixth chamber. 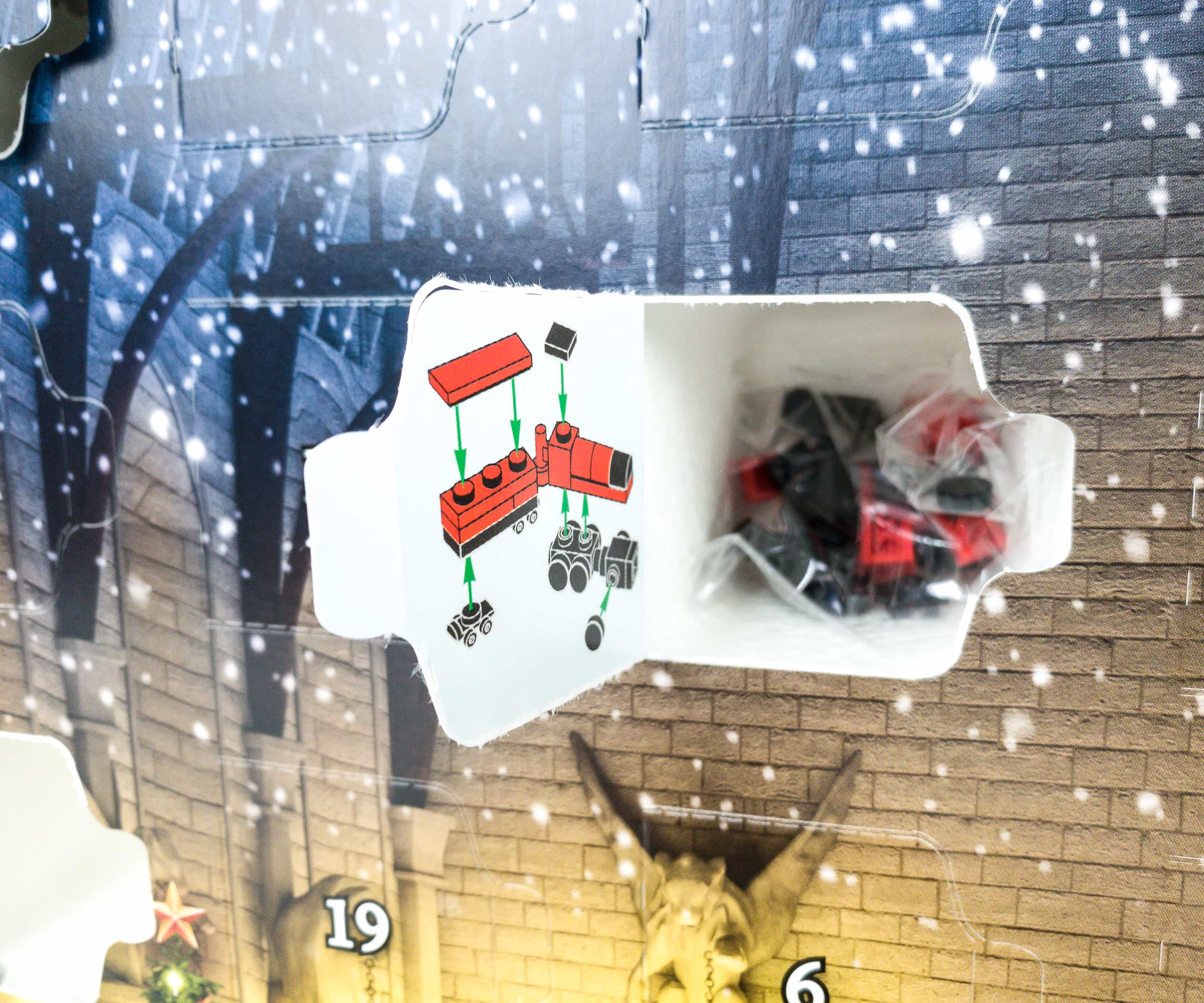 Inside is the Lego version of Hogwarts Express, a classic locomotive train that will transport you from the train station to the Hogwarts School of Witchcraft and Wizardry! 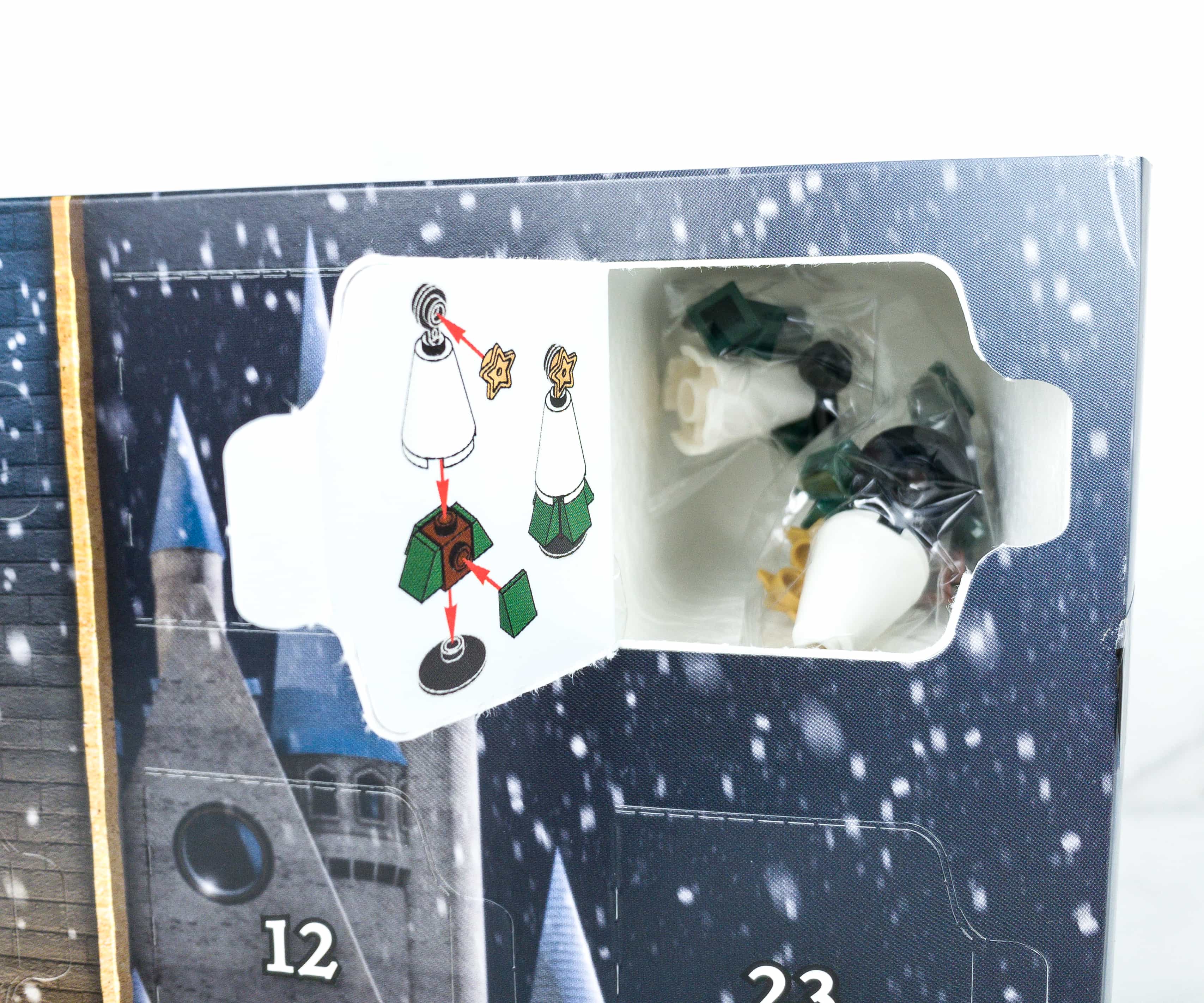 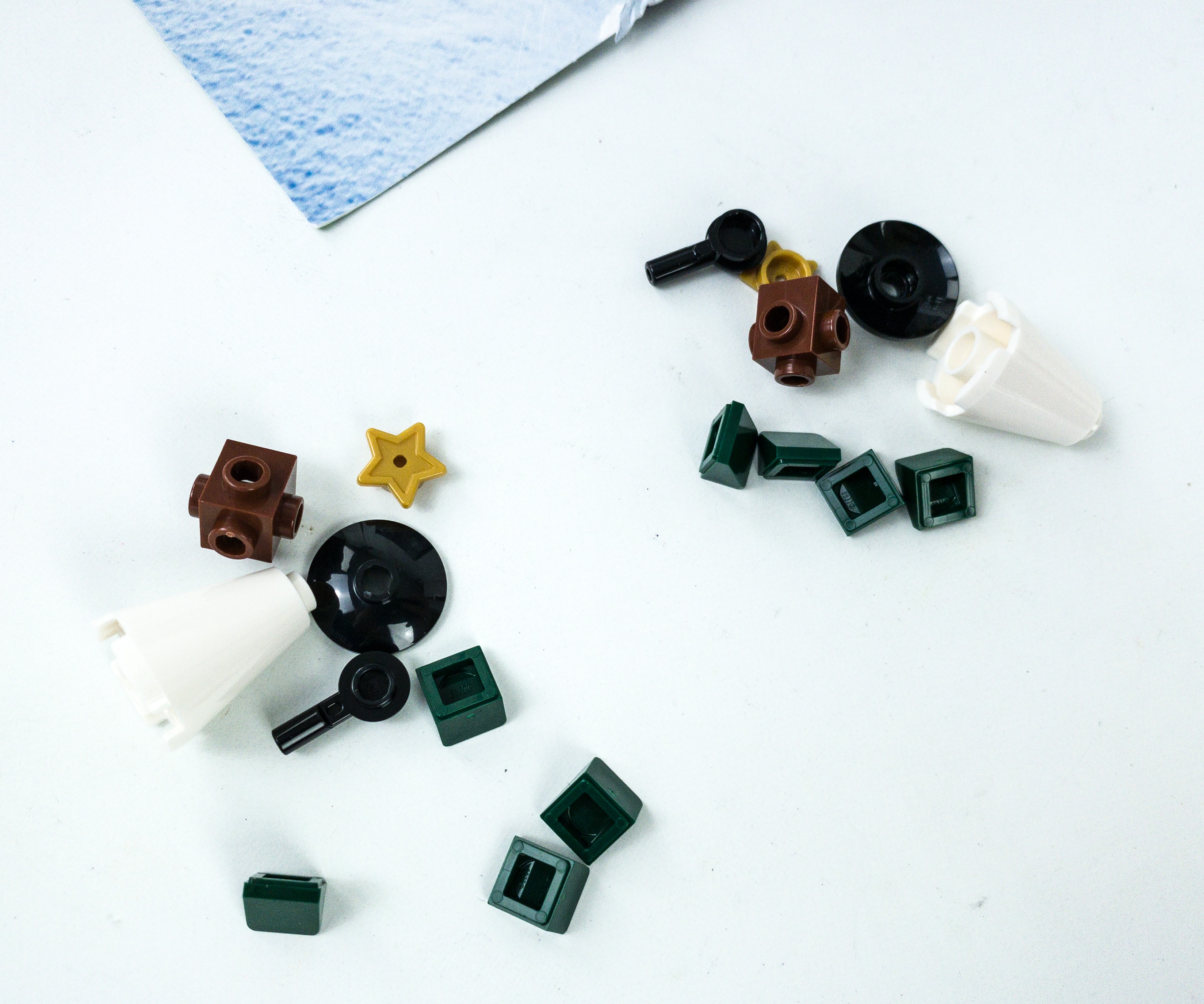 Each pack consists of 9 pieces of Lego bricks! 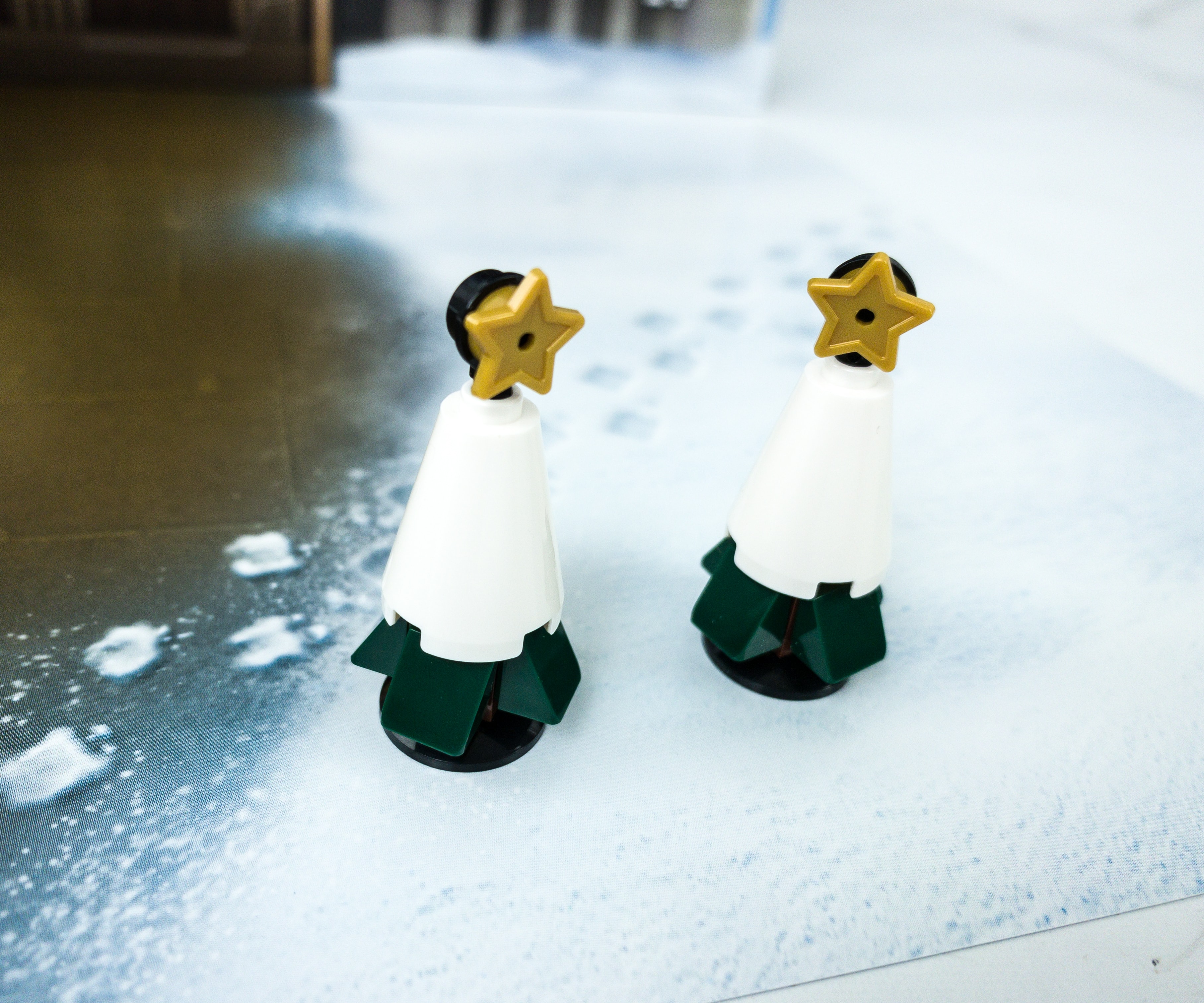 These Christmas trees were so easy to build, my kids don’t even need an instruction manual to get it done. 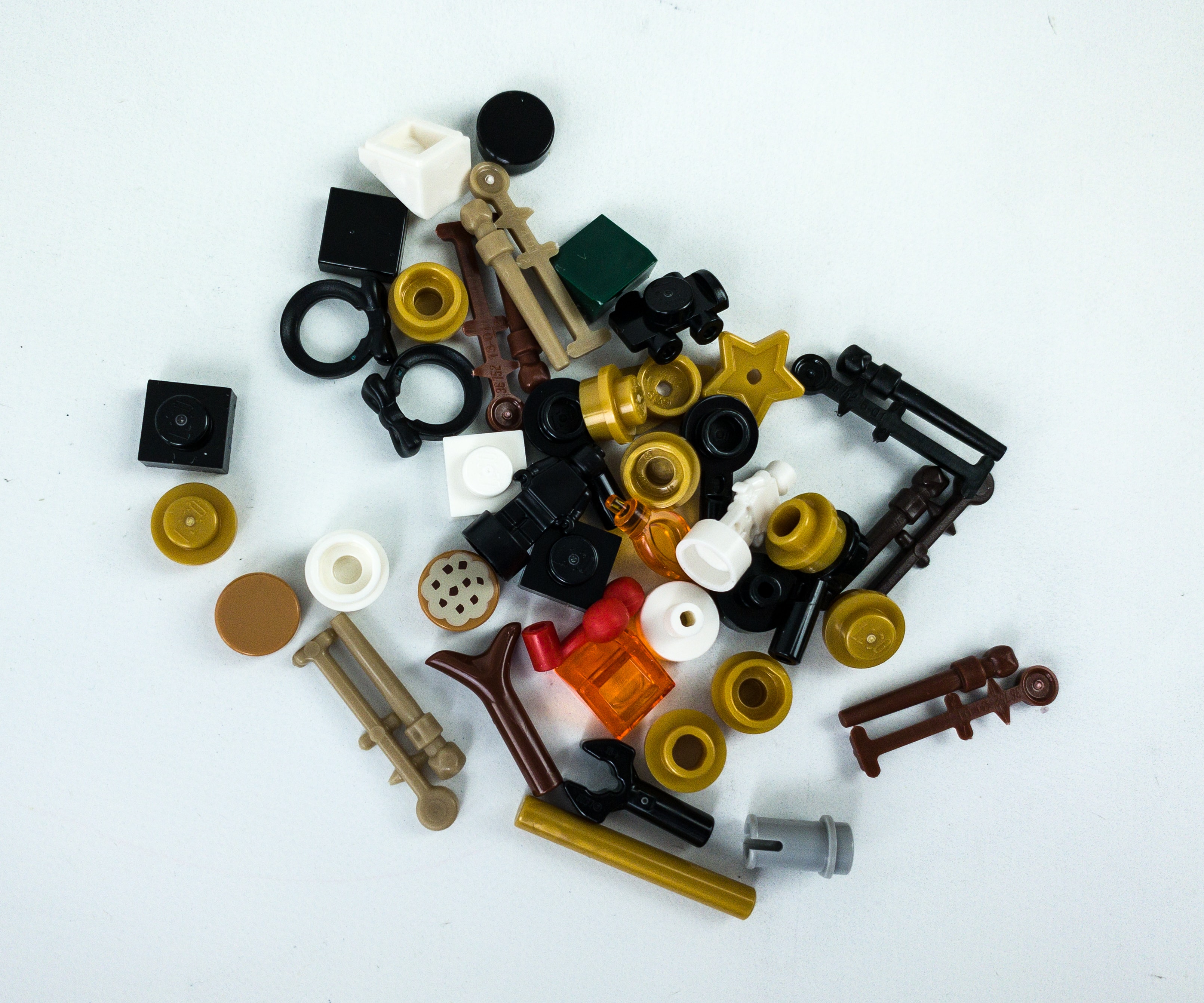 What we love about these bricks is that they can be used interchangeably. You can switch and connect them with other bricks to form a new one! 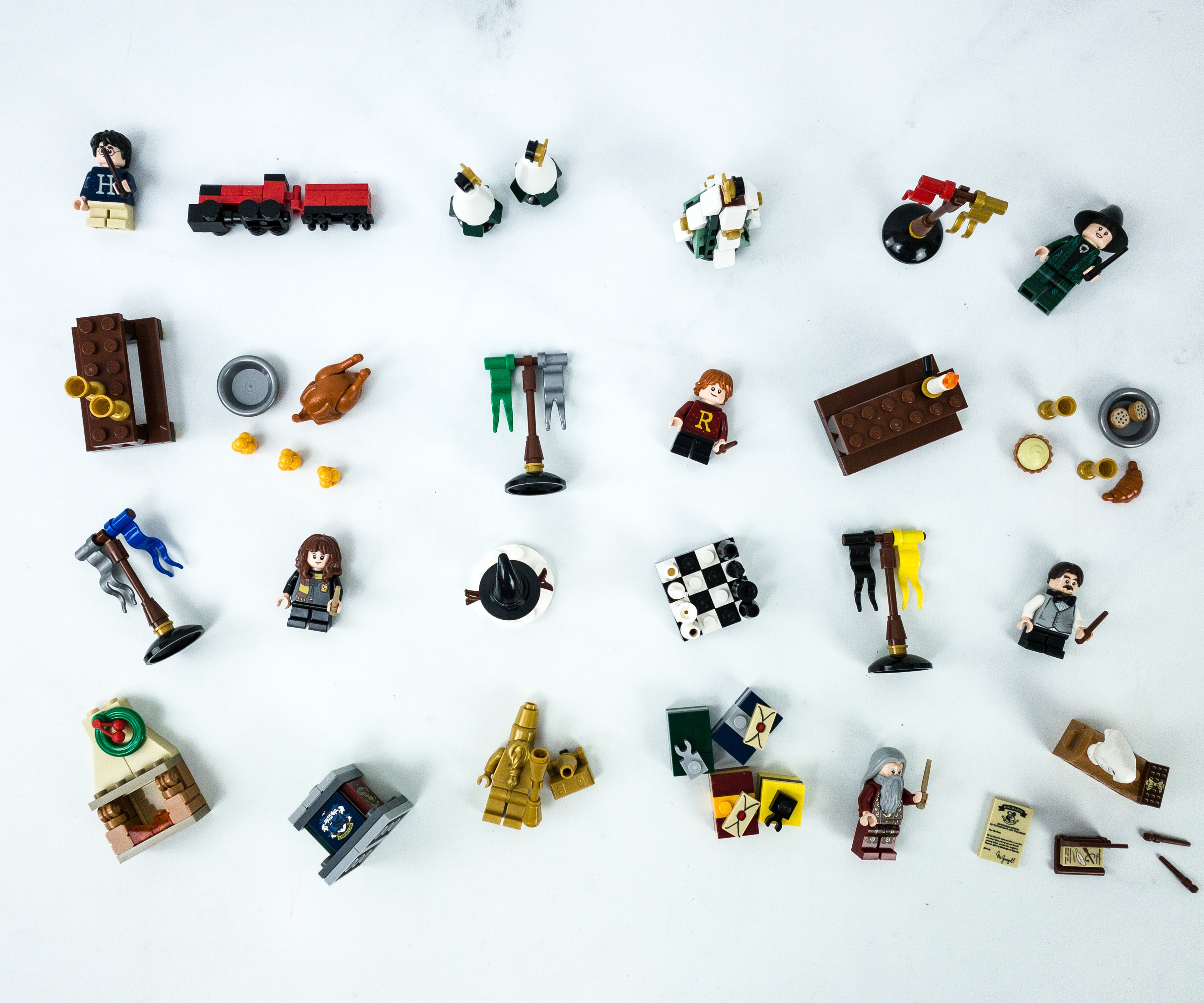 Here’s a top view of all the items inside the Lego City advent calendar!

We also got a Ron Weasley mini-figure, a dining set, a variety of food, and the Slytherin house flag.

Snowman, Hermione Granger, and Professor Flitwick are the mini-figures in the third batch. It also includes a chess piece and Ravenclaw and Hufflepuff house flags!

Finally, the last batch includes a Professor Dumbledore mini-figure and other Hogwarts-inspired builds. 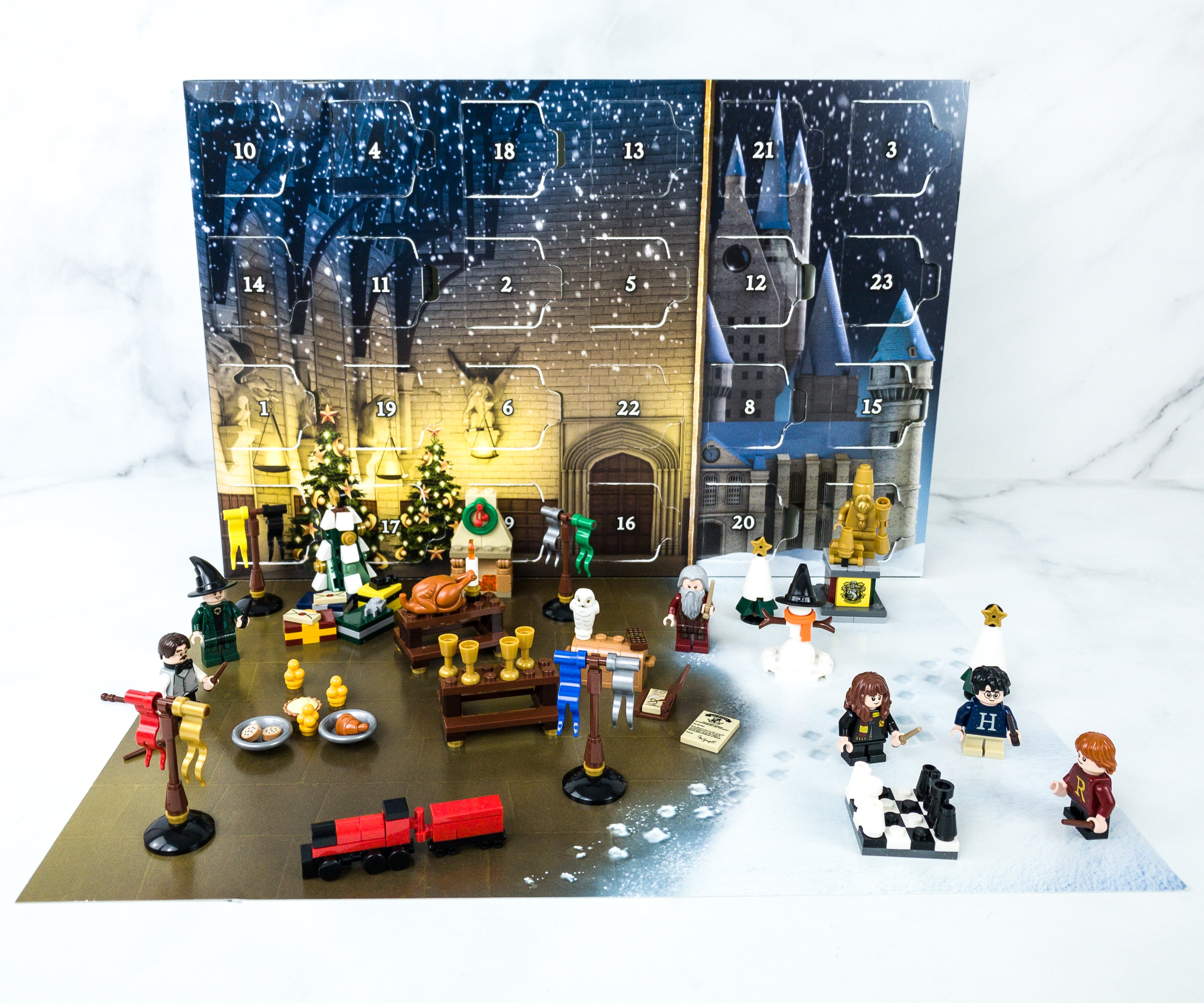 Here are all the Lego builds and mini-figures we got, and it looks like a busy scenario when they are all put together! 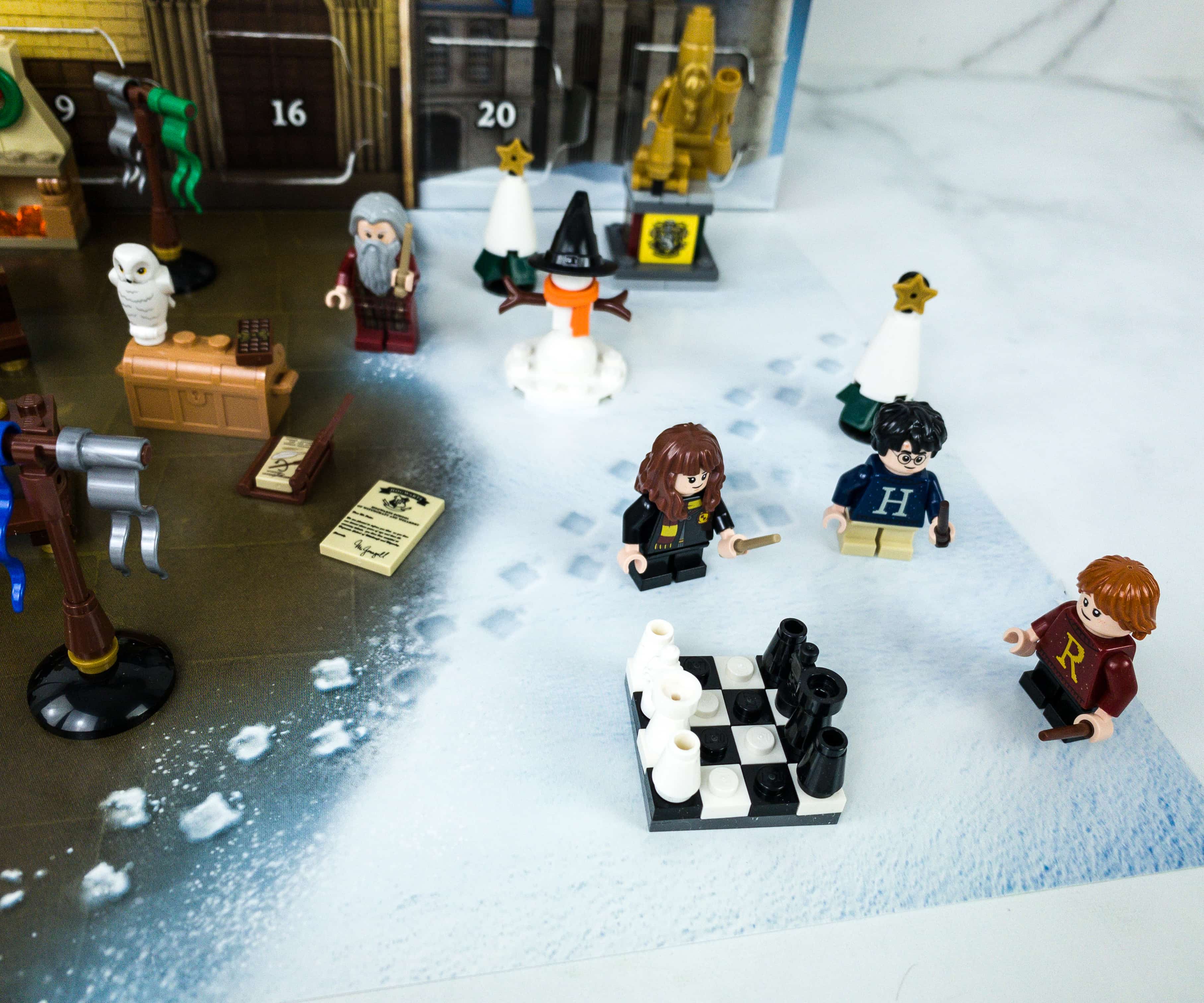 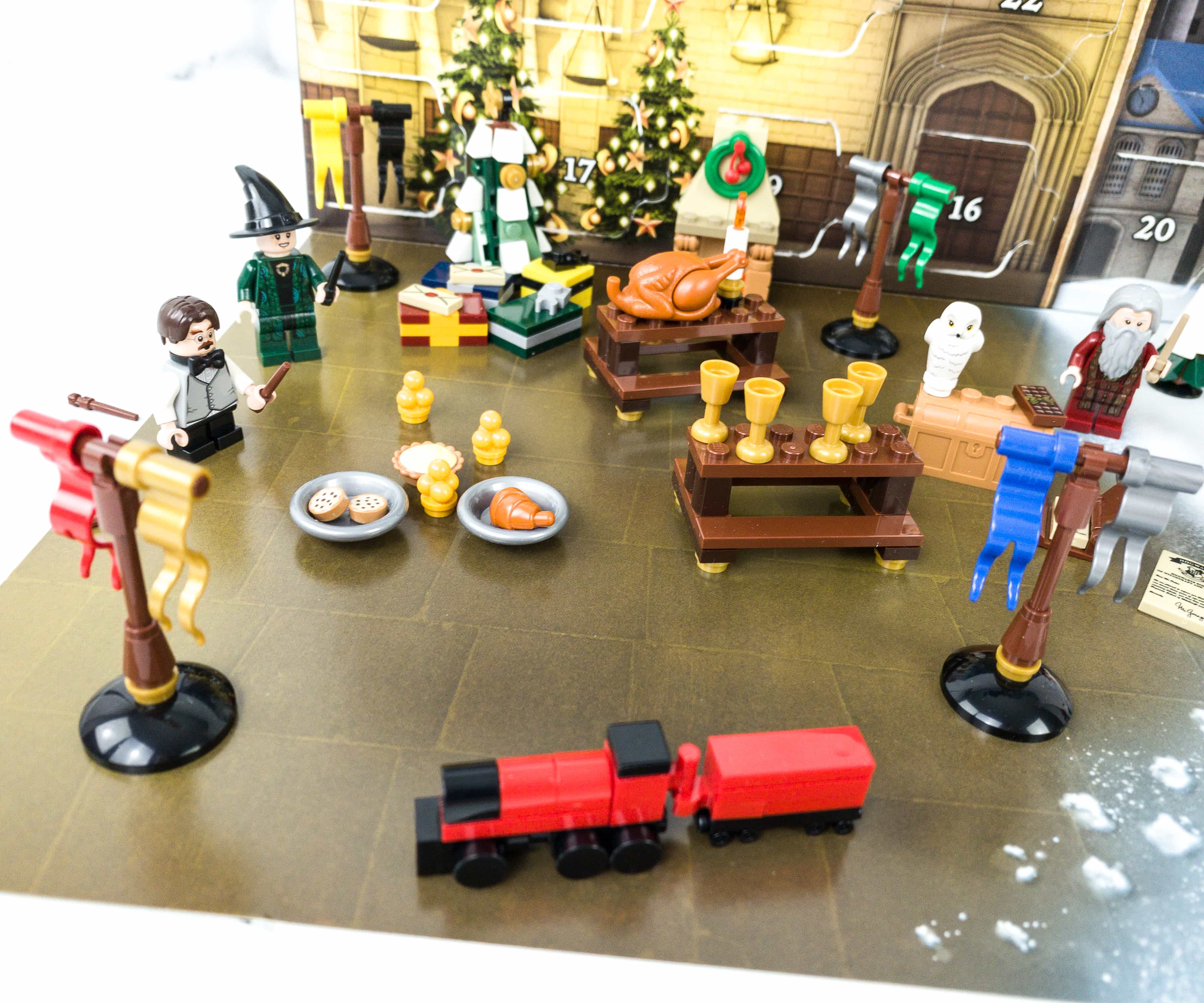 The banquet is ready and the hall is filled with food and gifts. It’s a magical Christmas in Hogwarts!

This year’s Lego Advent Calendar featuring Harry Potter and the Wizarding World is truly enchanting! The Lego inclusions are all awesome and high-quality. The mini-figures are nicely detailed, so you can easily recognize the characters. They also included some of the most iconic characters like Harry, Ron, Hermione, and Professor Dumbledore, as well as other Christmas-inspired and Hogwarts-inspired builds. It makes a perfect gift to give your friends and family who are Potterheads!