The November 2017 BurgaBox menu is open now! Order by the 10th! Note that shipping is now free!

Let’s face it.  Sometimes Thanksgiving dinner isn’t all that it’s cracked up to be.  Dried out turkey, bland mashed potatoes and weird purple jelly shaped like the can it came in is really no way to celebrate a holiday.  For this November Burgabox we decided to hop on the Turkey Day bandwagon and jazz things up a bit.  This was a lot of fun.

The Plymouth Rockstar is a bad ass burger.  We aren’t going to waste your time with a turkey burger like everyone else.  We’re still giving you that nice big ½ pound beef patty.  Don’t worry.  Only we are going to smother it in cheese, slow cooked pulled turkey and homemade gravy.  Then we are making an unbelievable stuffing with marsala wine infused cranberries and deep frying it.  We’re adding bacon because every burger is better with bacon.  We made a cranberry sauce that is so good you’re going to punch the next person in the face that puts that canned garbage on the table.  We finished things off with a sage and garlic aioli just to be fancy. This burger is awesome.

Let’s talk about Maple Bacon Disco Fries.  We could have done poutine, but since we’re focusing on an American holiday, let’s give a shout out to New Jersey instead of Canada.  Disco fries are basically poutine, but with mozzarella instead of cheese curds.  And “Disco Fries” just sounds way cooler.  We made a crazy gravy with some Vermont maple syrup.  Add some bacon and melted mozzarella go to town.

For the That’s Amore Mac & Cheese we’re getting a little nostalgic and mixing things up.  The Burgabox crew met to talk about what our favorite parts of Thanksgiving dinner were growing up.  Everyone had the same response.  The Italian part of the meal!  Everyone here comes from an Italian family.  Some kind of Italian pasta dish is always served on Thanksgiving in an Italian family.  It’s either lasagna, manicotti, stuffed shells or baked ziti.  Turkey is usually an afterthought after all the pasta and We decided to go with a baked ziti.  It has a homemade marinara, ricotta, mozzarella and grated Romano.

DEAL: Use coupon code HelloBurgabox to save $15! 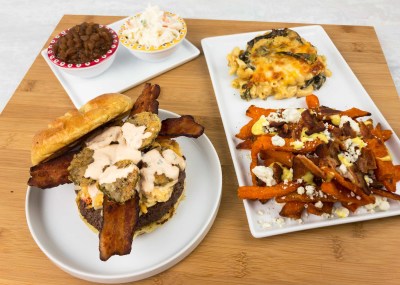 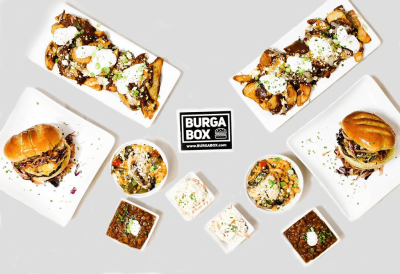 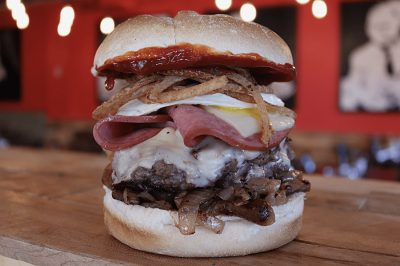 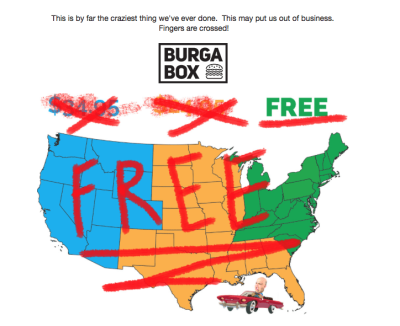