The theme this month is OF GODS & MONSTERS (DBZ).

The item information card, or Loot Table, is thick and glossy. It contains lots of details! When there are variations, it typically lists each possible variation you might receive.

The box also has these words inscribed: “The one who finds this chest shall be granted treasures of unimaginable value.”

All the goodies inside my March 2018 Lootaku Box!

Dragon Ball Coasters ($20)  We got two of the 7 Dragon Balls in the form of coasters!

We got Dragon Ball #1 and Dragon Ball #4. I hope to have a whole set of the 7 balls so we can call out Shenron and make wishes!

The coasters are made of ceramic and have non-slip cork bottoms. It also features the Lootaku logo on the lower part of the coaster.

Shenron Coin Bank ($22) This Shenron head figure is not just a display item, it can also be used to save up! For those who are not familiar, Shenron is the dragon who came from the fiery center of the Earth, and whenever he is called he will arrive to grant one wish before returning to his fiery home to sleep until he is called again.

It is made of vinyl and measures approximately 16 cm tall.

The coin slot is located at the dragon’s mouth, it’s perfect! Shenron’s head is rising above the clouds!

There is also an underside plug so you can easily access your savings, without having to break the bank!

The box label is written in Japanese.

The figure has several easy to assemble parts and they’re packed in plastic pouches.

Shenron was split into two and all of his feet were holding a dragon ball. There’s also a cloud base with some of the remaining dragon balls. Even his whiskers were detached too.

There are two variants available: one in normal color and a rare wood color version. As much as I wanted to get the rare one, I got the normal figure (which is still awesome).

He also has a long serpentine body, with his tail taking up three-fourths of his length. The figure stands about 6″ tall.

He’s kind of scary up close!

He is an Eastern dragon, who is a benevolent and sacred beast from the myths.

Here he is holding one of the 7 magic balls!

The balls are scattered all over this mystic dragon figure! The details are really impressive.

Unlike the Western dragons which have large dorsal foldable wings on their backs, Shenron has none. But he can grant wishes and can make the dead alive again… I lost count on how many times he raised Son Goku from the dead!

Banpresto Creator X Oozaru Vegeta ($30) Not one, but two Banpresto figures are included in this month’s box. Here’s Vegeta in his Great Ape form!

Like the first figure, its box label is in Japanese too!

It comes in 5 easy to attach parts.

The figure doesn’t include a base, but it can stand on its own two feet!

The Banpresto figure is impressively detailed, where they captured the frightening form of everybody’s favorite frienemy. Look at that tail, just don’t pull it out or else…

The figure is wearing the Saiyan Battle Armor.

This figure can also be considered a very rare sculpt of Vegeta, and even though it looks kind of scary, we are still glad to have it from this box.

This month’s Dragon Ball Z themed box is super awesome! Everything Shenron is fantastic, especially the details on the coin bank and the figure. This is a must-have for DBZ fans! Who wouldn’t want to get the Great Ape form of Vegeta which is a rarity? I definitely love everything in this box. Lootaku is the perfect geek subscription for any manga or anime fan! 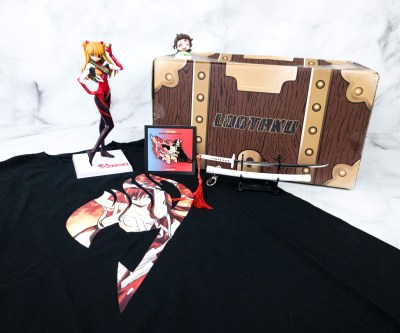 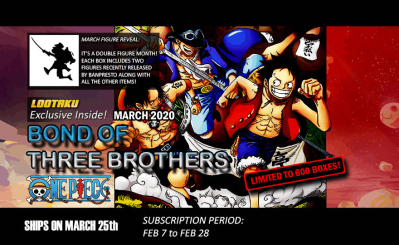 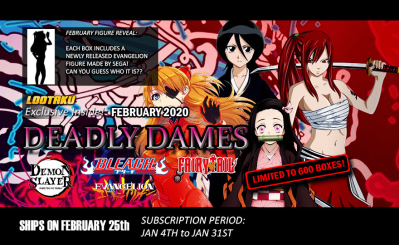