YumeTwins is a monthly Kawaii subscription brought to you by the same people behind TokyoTreat! Every month, you’ll receive an assortment of super cute and adorable kawaii products from Japan.

Whoops looks like our box was water damaged! That’s ok, everything inside was 100% safe!

The theme for this box is Pretty Picnic.

Here’s a short overview of this month’s theme and what to expect from the box.

Also inside the magazine is a the list of items with pictures and brief descriptions.

Everything in the February 2018 YumeTwins Box!

In Japan, it is actually the women who gives chocolates to the men. Men are on the hook a month later.

It comes with a chain so you can attach it to a backpack, a purse, or even to your luggage! It smells yummy too. Nothing better than a bread squish!

Disney Tsum Tsum Snack Container ($3)This plastic food container will be useful during picnics or as a lunch box for the kids. Subscribers will receive 1 out of 4 Tsum Tsum designs.

It has a white lid featuring different Disney Tsum Tsum characters like Mickey and Minnie Mouse.

The container itself is red, and it’s pretty big so there’s enough space for the family’s favorite snacks. Or I can keep it and use it in my desk. I love Tsum Tsum!

Zebra Just Fit Double-Sided Highlighter – SIMILAR ($1.65) Subscribers will receive 1 out of 3 highlighter colors. I got neon yellow! It’s bright and vivid, great for marking important notes and even for marking picnic bags.

The highlighter has dual tips. One tip is broad while the other is fine.

Sumikko Gurashi Neko Spoon – This special spoon is a combination of a regular spoon and a ramen spoon. It even has an extension on the handle to keep it from slipping when you put it on the side of the bowl.

There are 4 designs available, and I got Neko from Sumikko Gurashi! It’s a timid calico cat, who often gives way to other Sumikkos because of its personality.

The spoon handle has Japanese characters printed on it, which means Sumikko Gurashi.

It came with a sturdy packaging and the label is, of course, printed in Japanese.

Sumikko Gurashi Melamine Cup – SIMILAR ($5.99) The cup’s interior is teal with white polka dots. You can also find the ever so cuddly Sumikko Gurashi characters towards the bottom of the cup.

I can never get enough of these characters, they are so adorable!

The name Sumikko Gurashi is directly translated into English as Adventures in Cuddly Corners.

The cup is made of melamine, it’s safe to use even for kids but it’s not ideal for heating drinks in the microwave.

Hedgehog Plushie – SIMILAR ($9.99) This hedgehog plushie is a new release in Japan and it can sit up on its own. So kawaii!

I always look forward to receiving my YumeTwins box. It’s filled with cute and adorable items every month, and there are also practical items that I can use either at home or at work. The box was damaged when I received it but, thankfully, the items were not. Whether you are a Japan fan or you just love collecting cute items, this subscription is worth a try!

What do you think of YumeTwins this month?

Get 10% off your first order! Use coupon code HELLOSUBS. 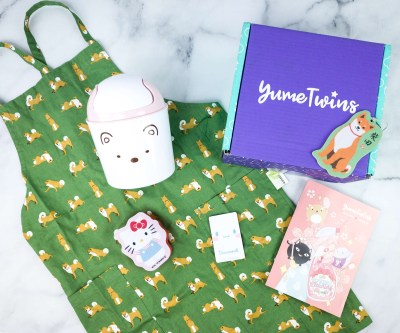 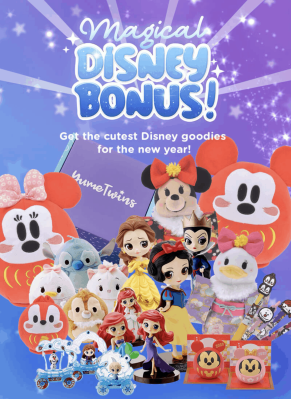 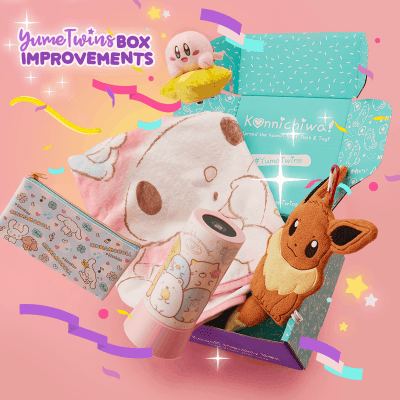