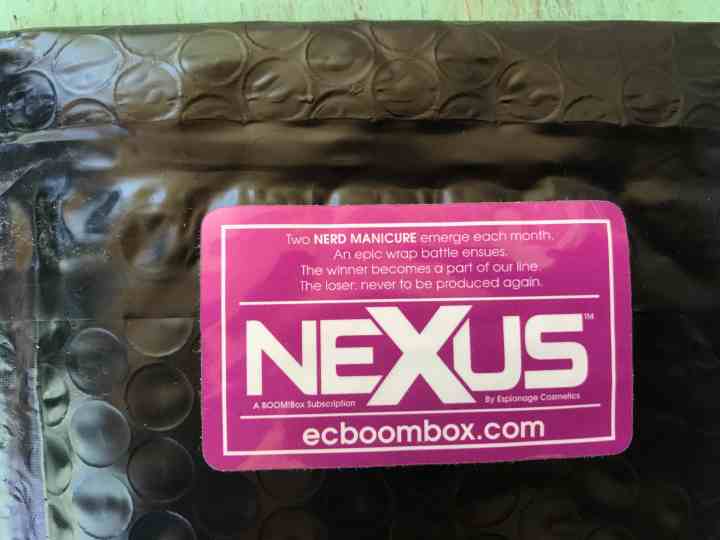 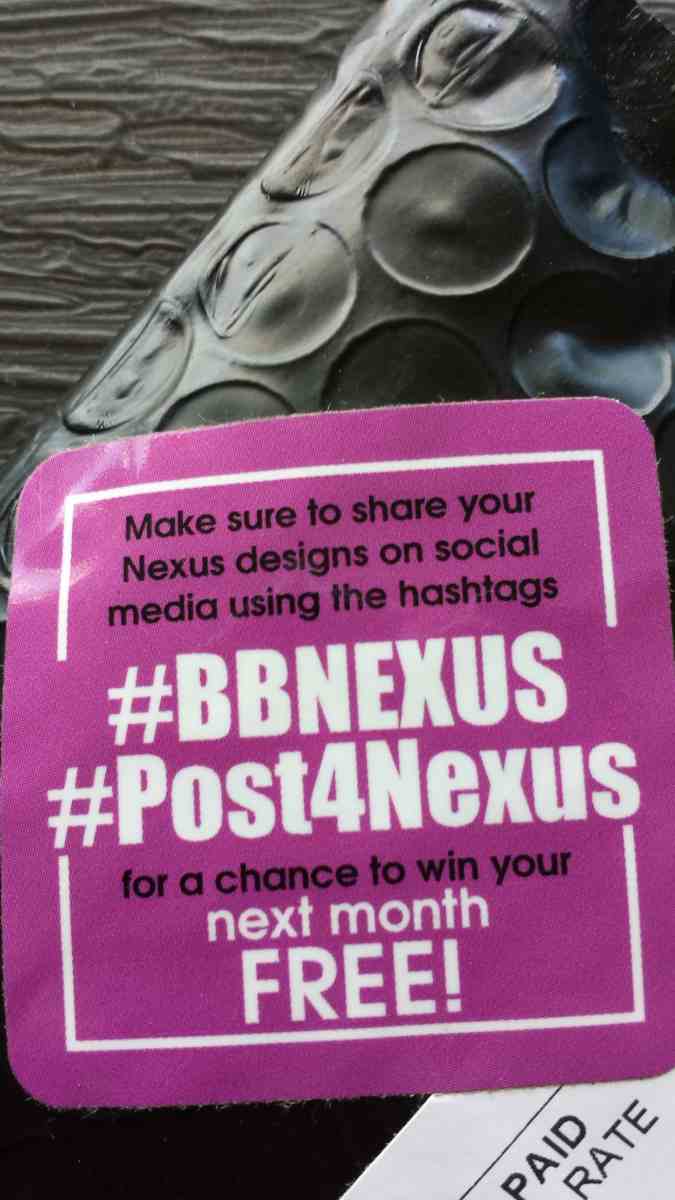 DEAL: Save $3 off first BOOM!Box or NEXUS! Use coupon code HELLOSUB2017. 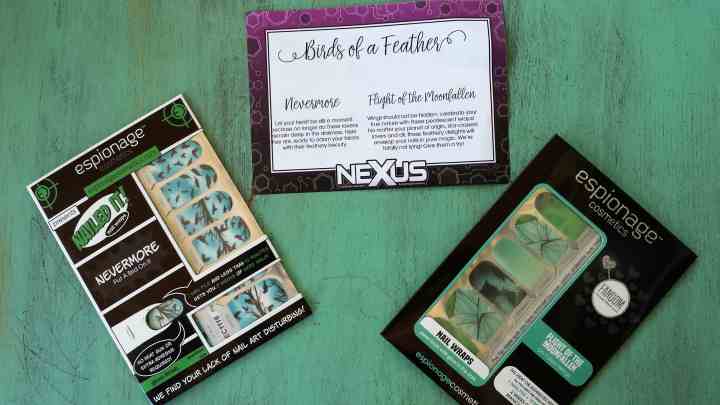 The two designs sent in this box are facing off each other to be permanently included in the Nexus Manicure line. You can cast your vote on Espionage’s website. Since only one will end up being a permanent addition, that makes the other a very rare and exclusive design! 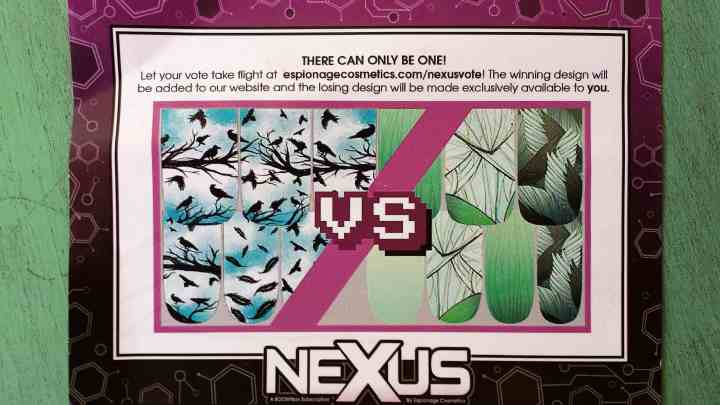 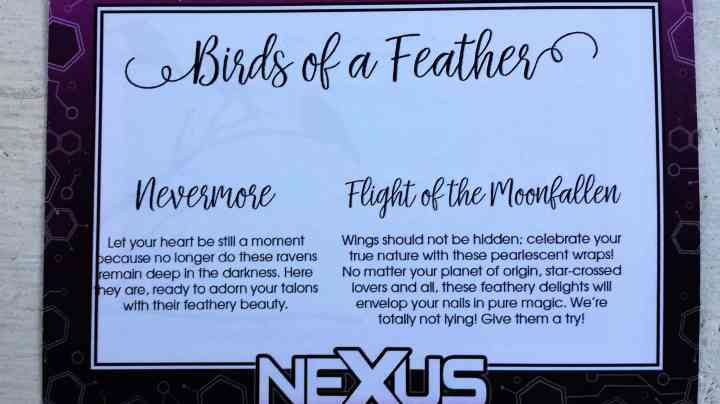 This month’s two featured wraps were themed around Birds of a Feather with Nevermore (a nod to Poe) against Flight of the Moonfallen. 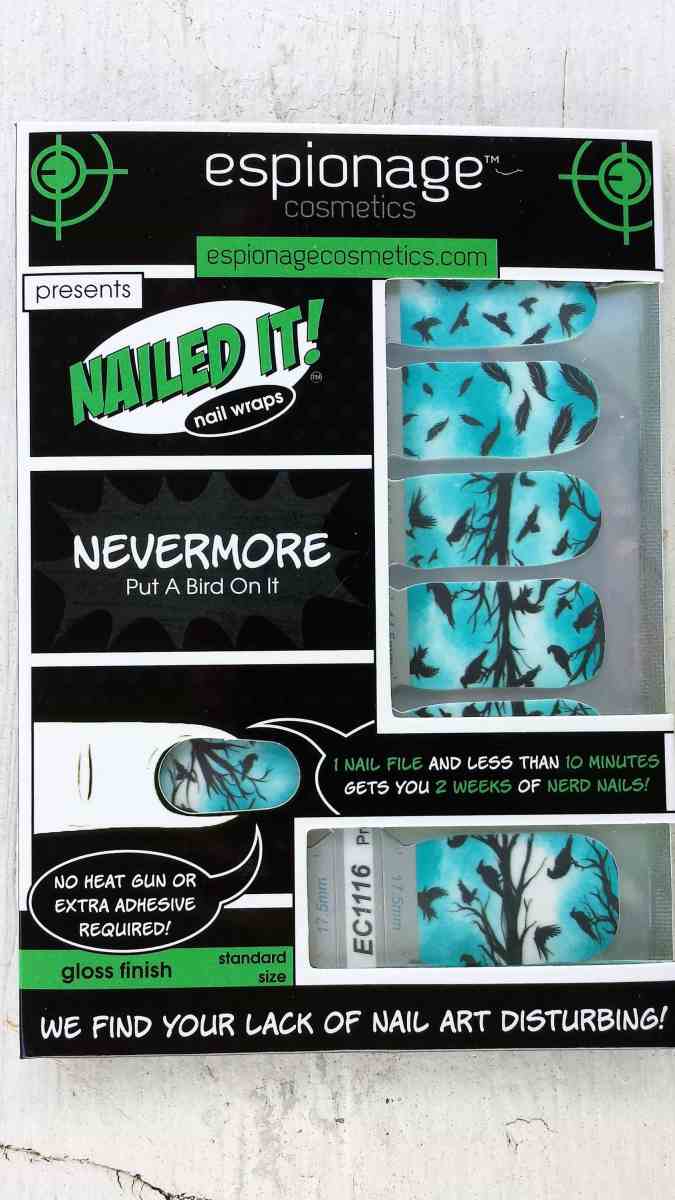 So, my middle name is Lenore, so you can see where my allegiance lies… 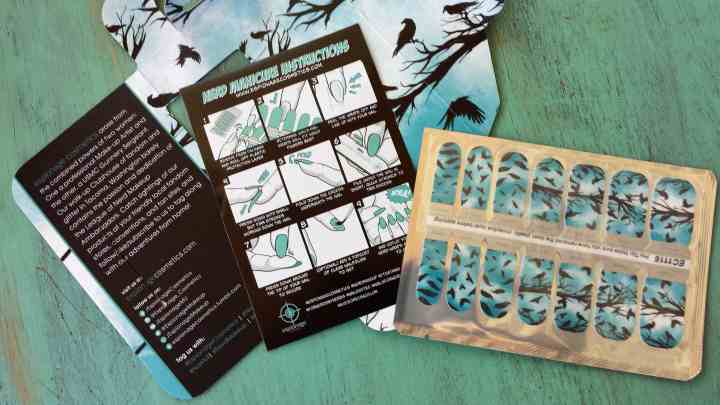 The wraps are beautiful and come with detailed instructions, but you don’t really need them. It took me about 2 minutes to put them on with absolutely no prep. You don’t need glue or a heater to apply them. They are a little stretchy, and very forgiving. If your nail is a little wider at the tip, you can stretch it and push it down into place and it will stay! 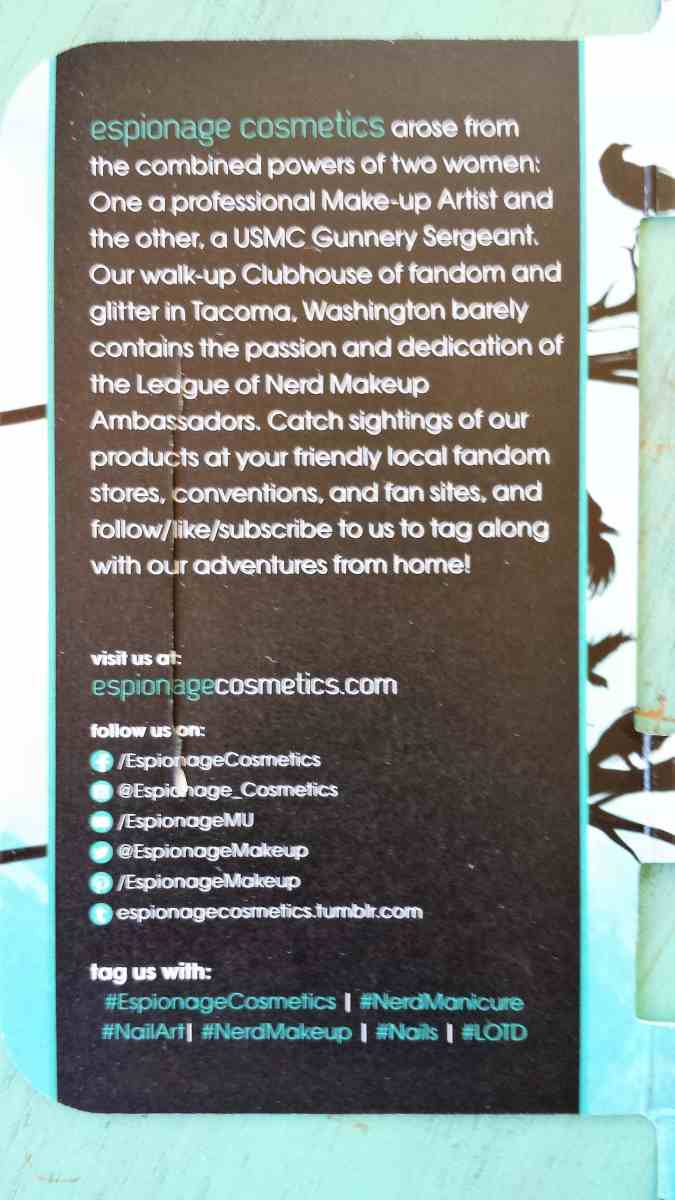 The inside flap tells a little about the company and it’s origins. 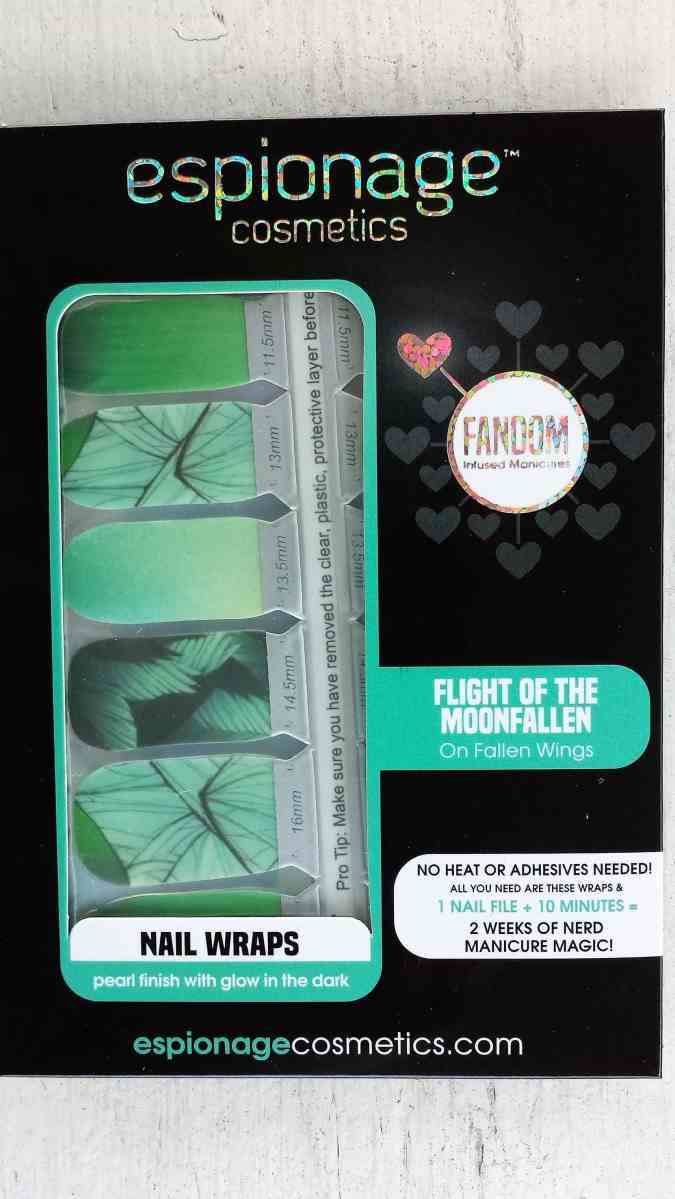 Okay. So, I admit it. I don’t know what Moonfallen refers to. And, Google is no help. The flyer hints at something about interplanetary love and magic, but I dunno??? I feel like I just failed some kind of nerd club test. I like them though. I voted for the Nevermore, but I tried these out first. 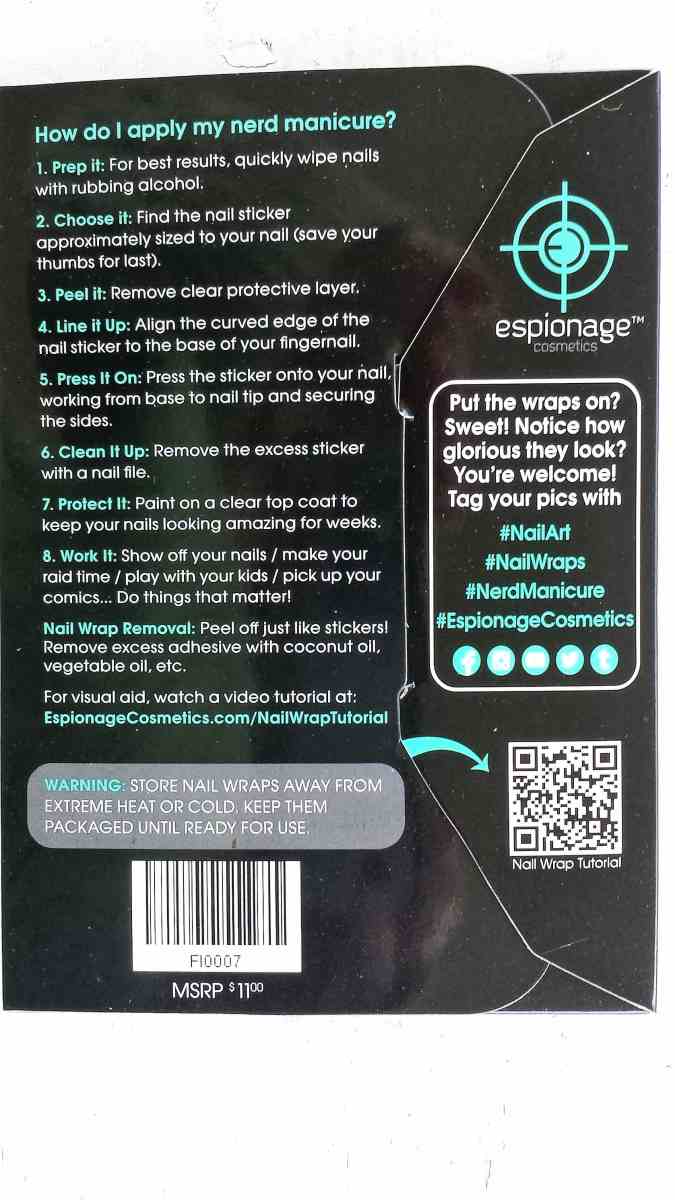 The back of the wrap package gives you instructions for putting on the nails (again) and there is also a QR code inside that gives you even more instructions. 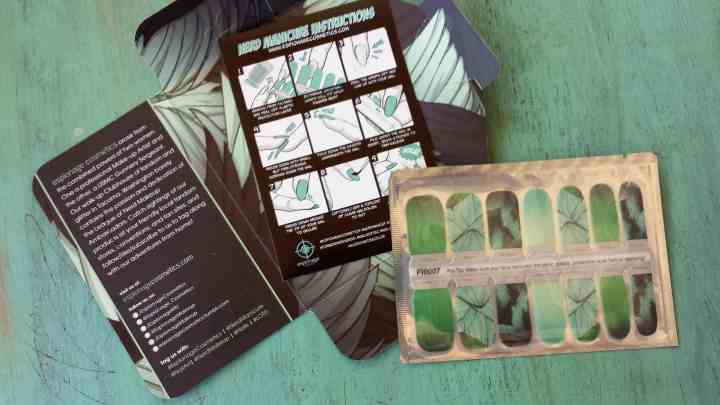 The Flight of the Moonfallen wraps were a pretty emerald green color and looked like translucent wings. 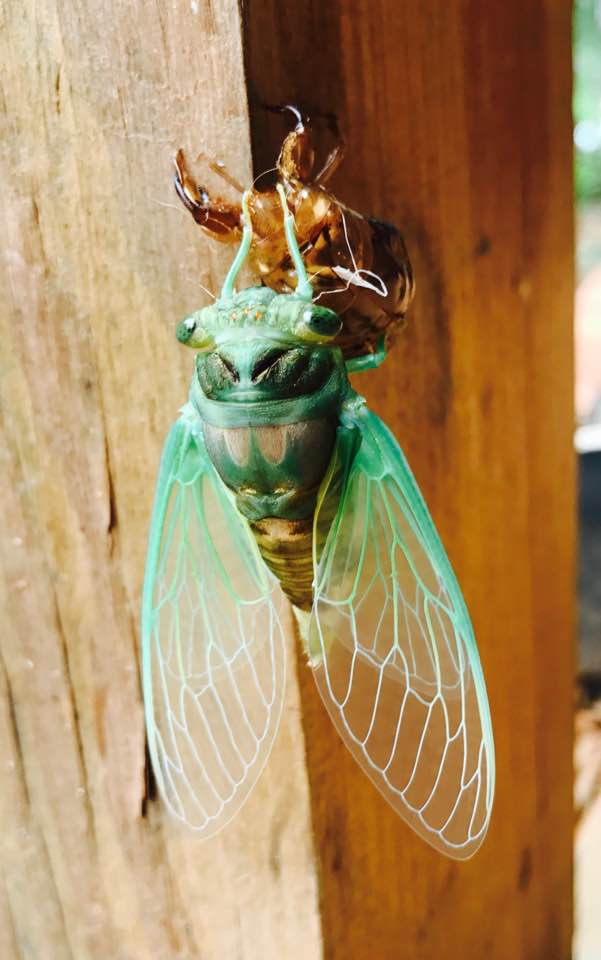 Doesn’t it look like the same green on this beautiful cicada?  He was on my porch a few days ago. 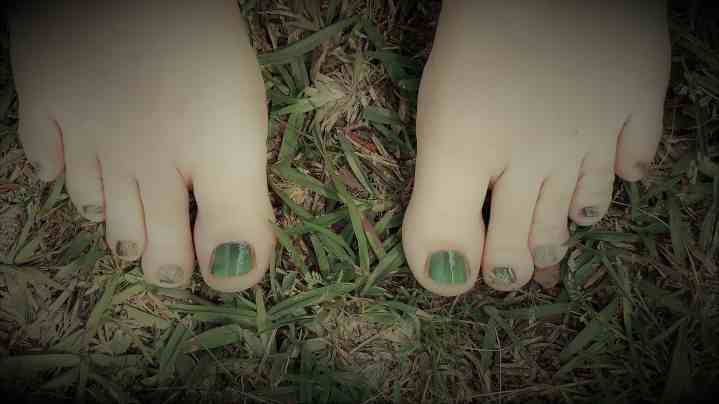 And, they glow in the dark!!! I didn’t realize this until one night as I was stumbling to the bathroom at 3am.  Scared the hoo-ha out of me!

The Nexus Nail Wrap Subscription by Espionage Cosmetics has gorgeous nail wraps with nerdy origins. They make the subscription fun with their face off between the two wraps. And, they last forever! But, my favorite thing has to be that you don’t have to have a heat gun to put them on! Nobody likes fried toes!

If you were wondering, Moonfallen won April’s showdown. Which wrap would you have voted for?

Save $3 off first BOOM!Box or NEXUS! Use coupon code MANICUREMAGIC. 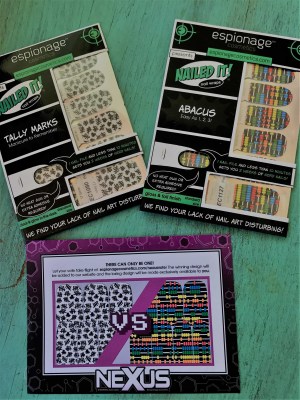