DC Legion of Collectors is an incredible bi-monthly subscription box that includes 100% exclusive Funko Pop! Vinyl, apparel, accessories, collectibles and more from Funko & DC Comics. Each box has a theme and the folks at DC have some of the most iconic superheroes of all time. Batman: The Animated Series is the theme for this month and I’m incredibly excited for it. This series was able to tackle some issues we had not seen dealt with in other cartoon series.’ Batman: The Animated Series is also where Harley Quinn made her first appearance (that’s right, it wasn’t in a comic book!).

The iconic art style from Batman: The Animated Series is on display wonderfully inside the box. The style would be used for many years for other DC animated television programs.

The info card. It’s a checklist to show everything received as well as the creative process behind the making of all the items!

The other side of the description card is a sneak preview of the September 2017 box. This is awesome news! DC’s Most Wanted is the theme. It’s hard to say which direction this will go since DC has so many remarkable villains!

Everything in the box! Lots of really cool content that you’ll want to keep locked away to keep it all safe. Stuff to wear, stuff to read and stuff to make your shelves look awesome!

Joker Patch. Most people have a favorite Joker. Mine is Mark Hamill, the voice of the Clown Prince of Crime in Batman: The Animated Series(and other animated features). This is definitely one of my favorite patches.

Catwoman Pin. I am really liking how this box is going through the characters from Batman: The Animated Series.

Funko POP “Mr. Freeze” Vinyl Figure – Victor Fries is a villain but it’s a sad story that goes with his crimes. He is doing it all in hopes of saving his wife Nora.

He looks awesome from all angles!

Dorbz Ridez – Batman with Batmobile –  The Batmobile has gone through a lot of changes. I liked the long sleek design in Batman: The Animated Series.

Batman can be inside or outside of the Batmobile.

The Batman Adventures – DC COMICS – This is a variant cover for the comic series that was derived from Batman: The Animated Series.

DC Legion of Collectors is amazing! This is such a fun box and worth every penny. Clothing, comics, and collectibles – it’s everything a person could want in a subscription box. We loved getting a so many different items featuring different characters. I was hoping for Two-Face because his story was told best in this series (outside of comic books).

What did you think of the Batman: The Animated Series edition of Legion of Collectors? 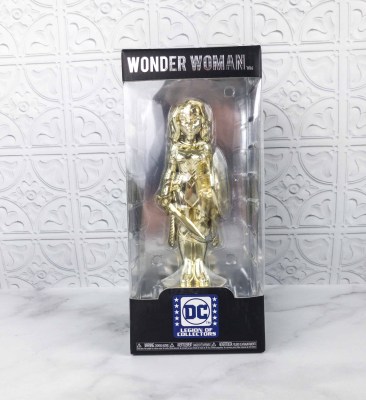 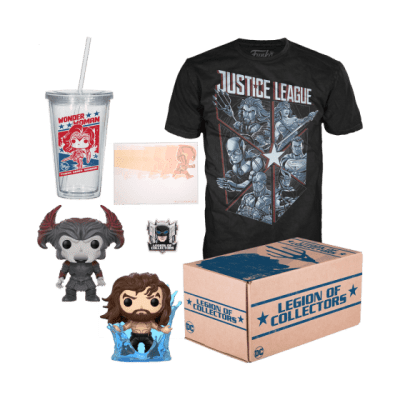 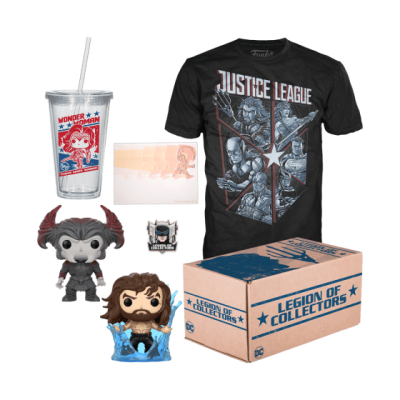