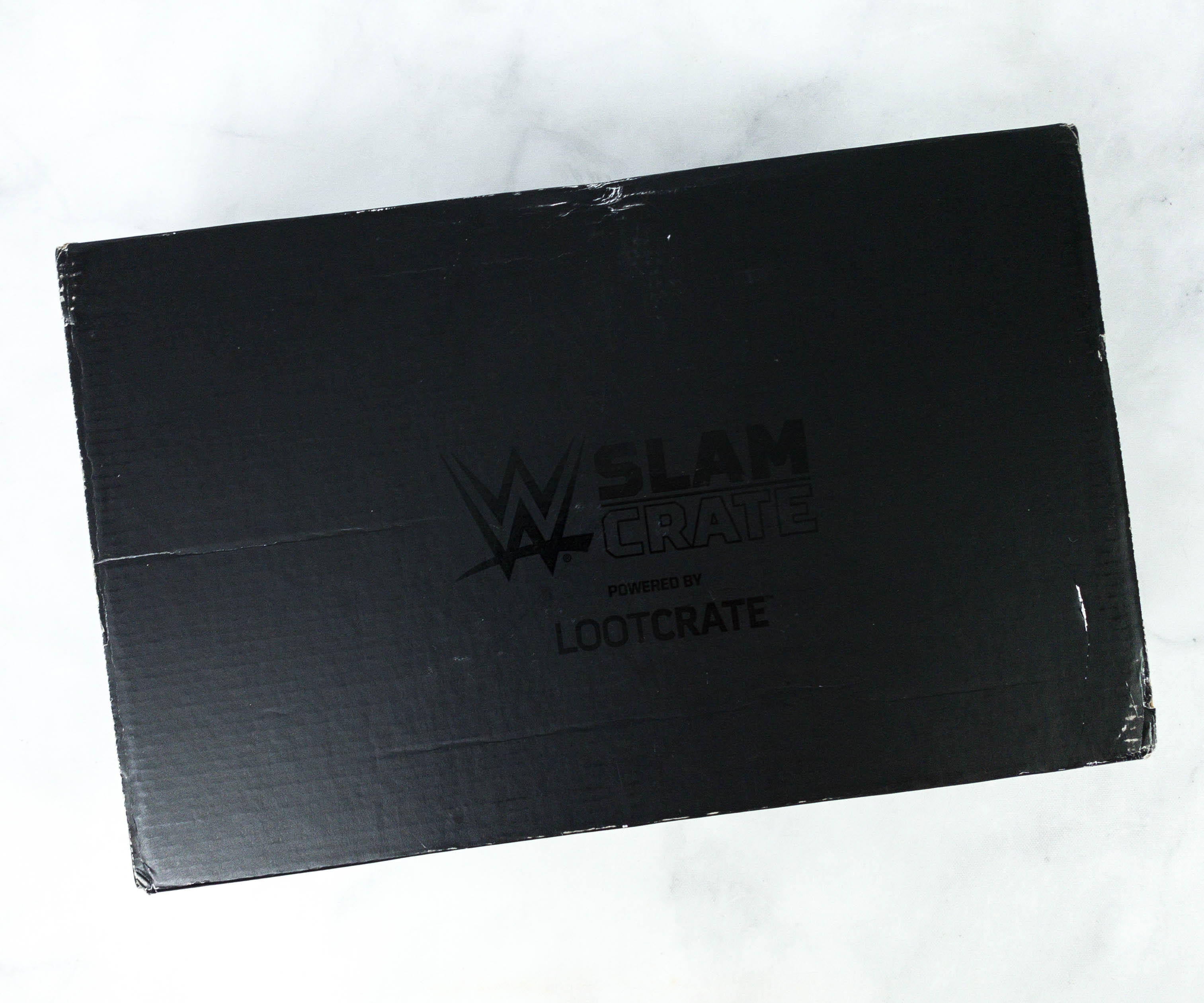 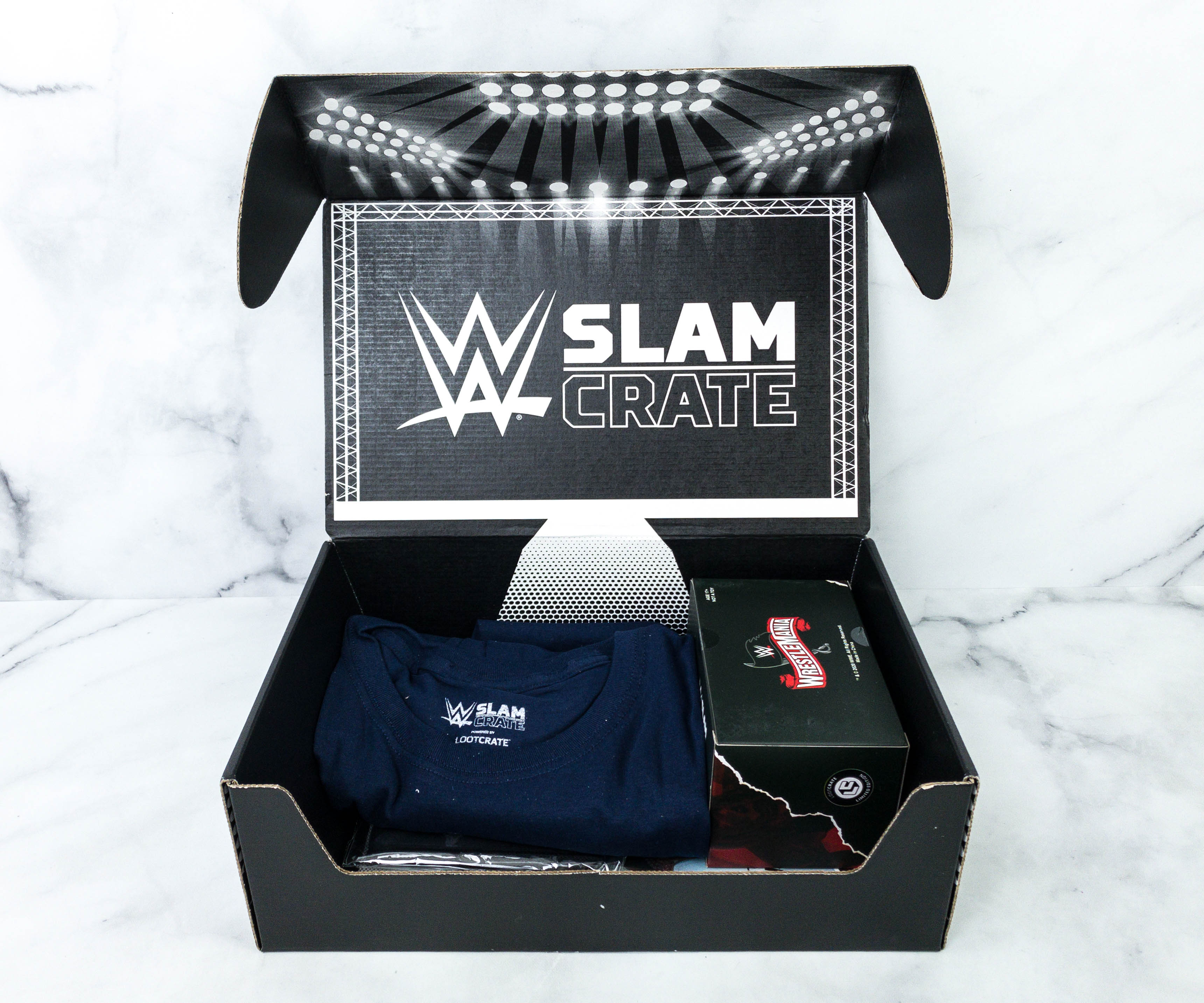 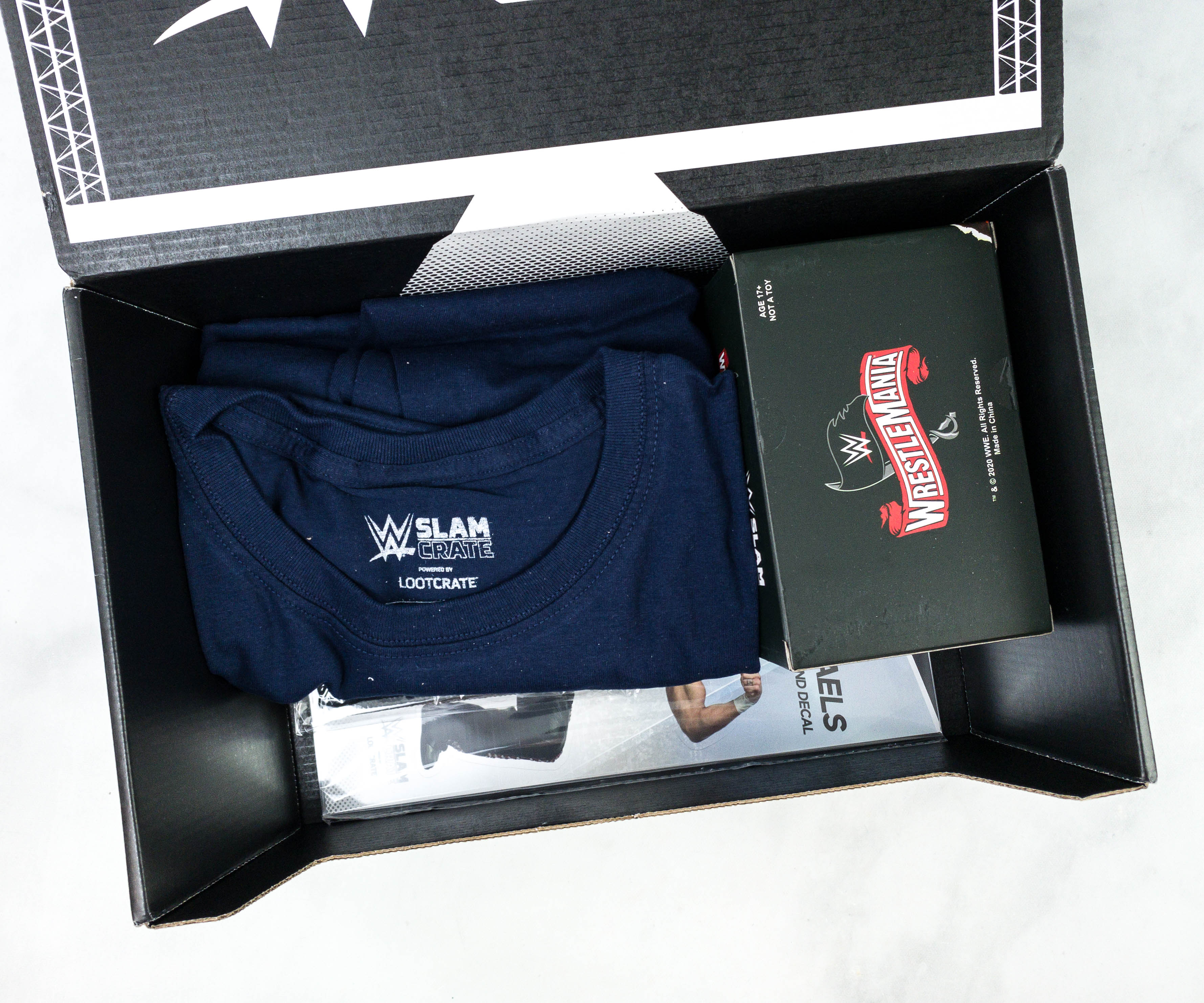 There’s also a note from the WWE Slam Crate Team. I’m starting to receive the crates that I was supposed to get last year. 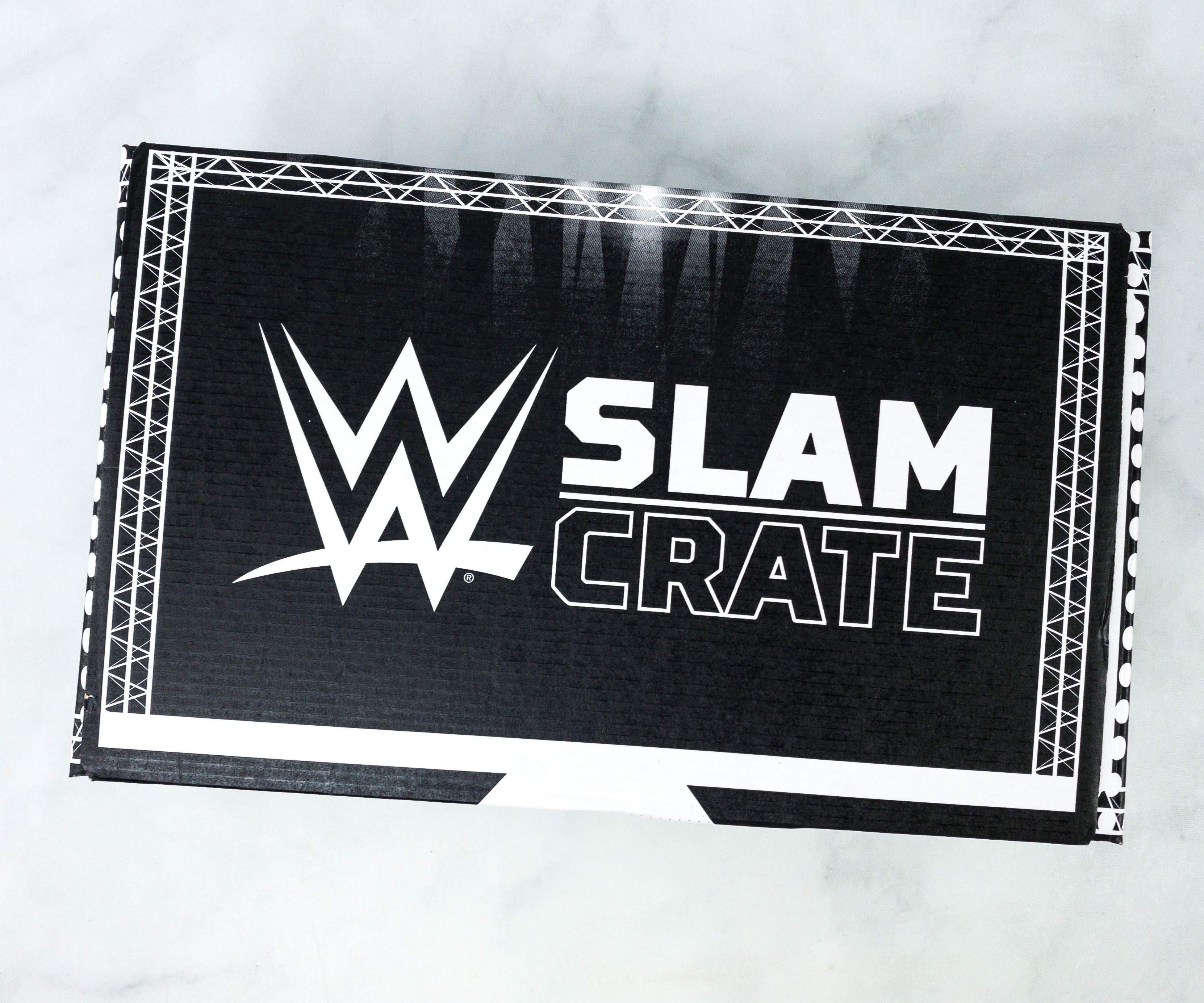 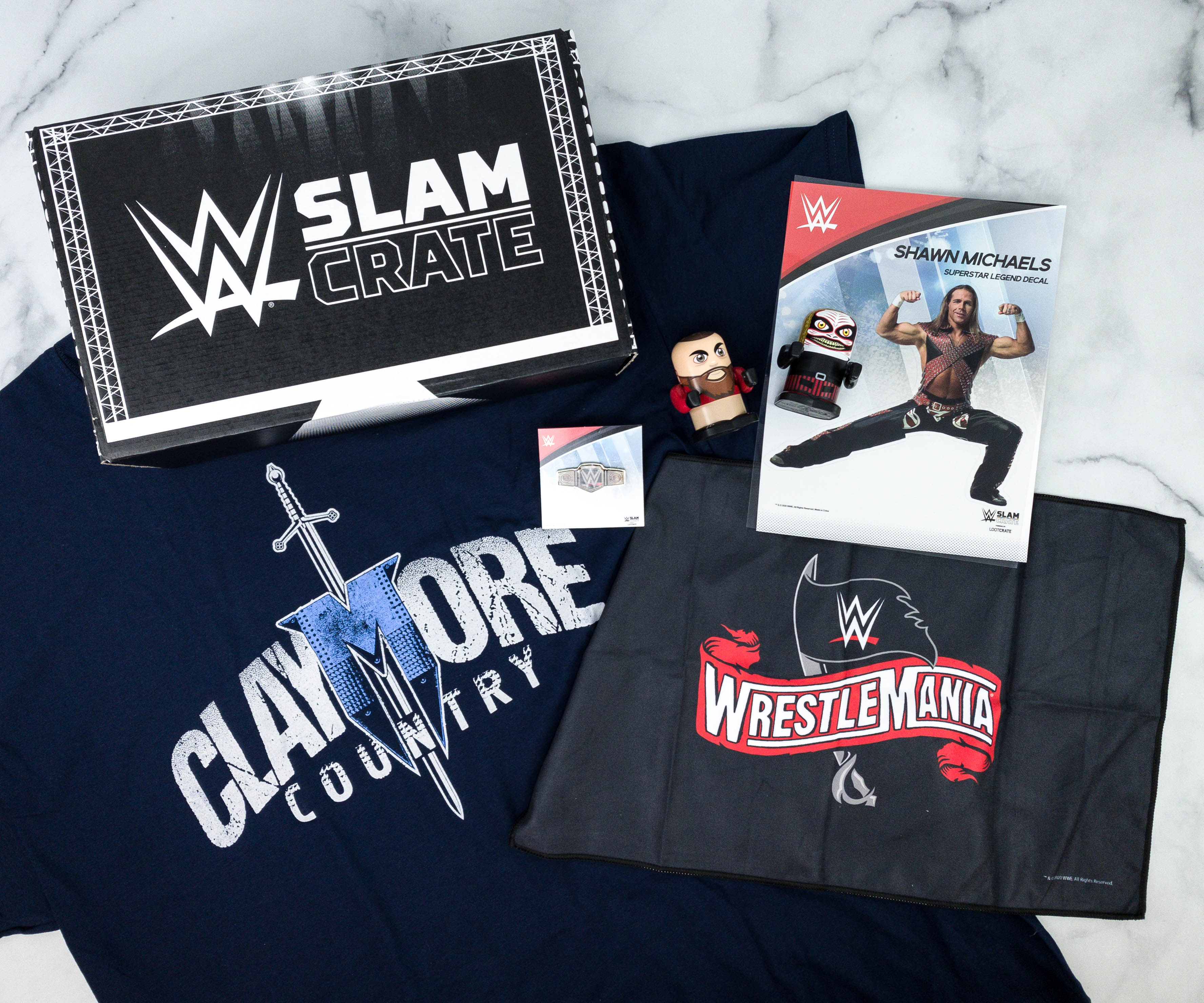 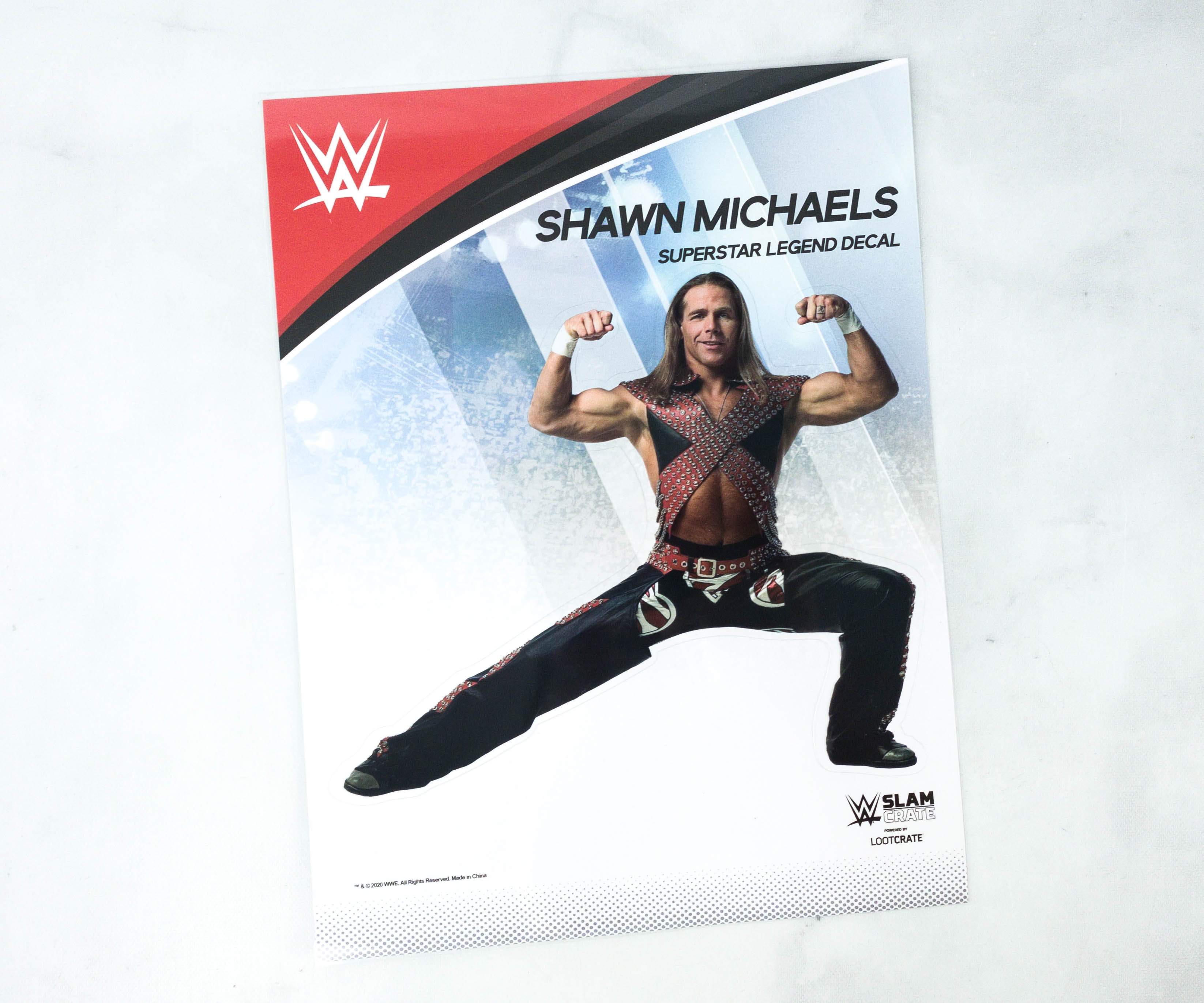 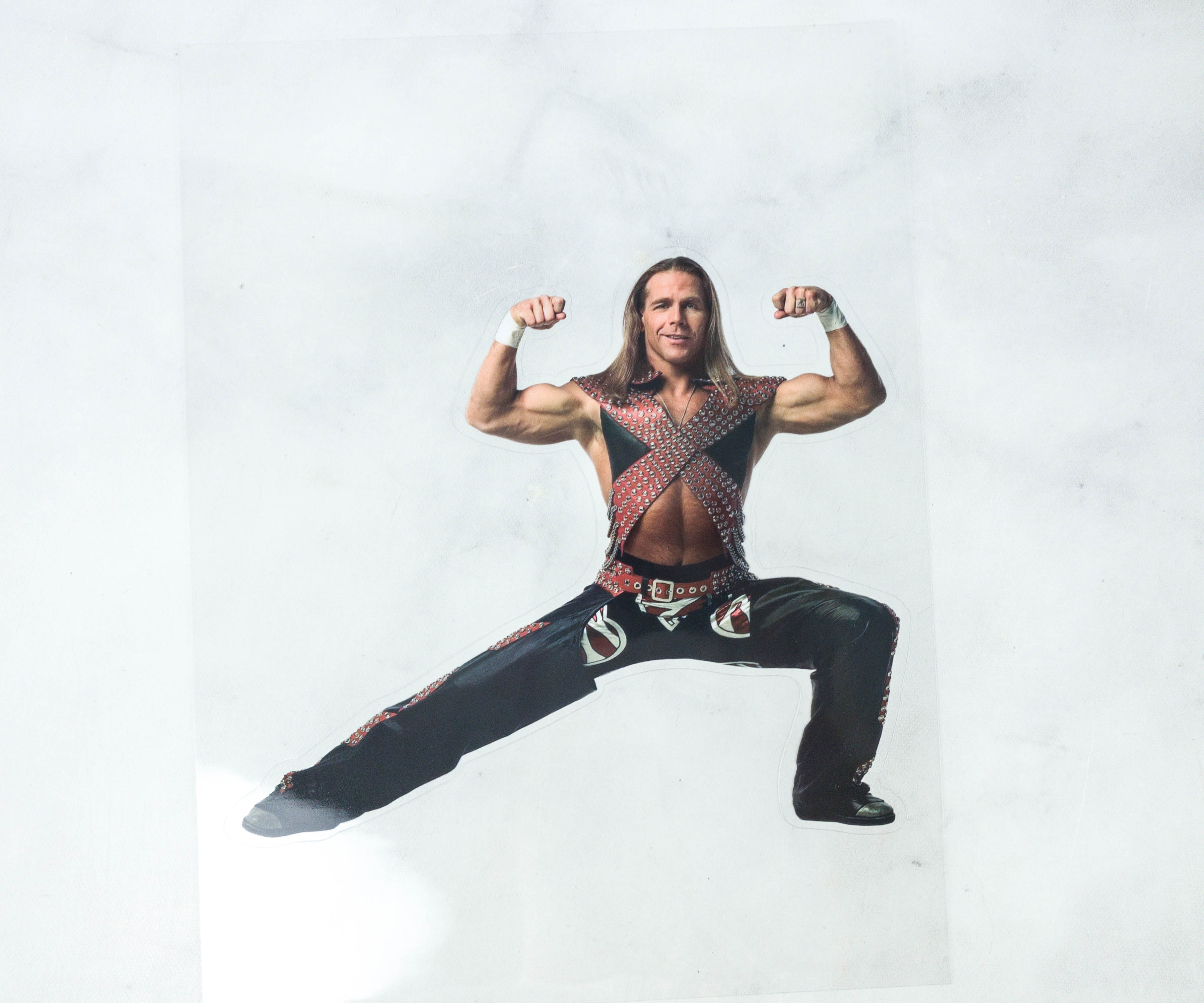 This is his trademark pose that he does on the beginning of his matches. An iconic pose and a deadly move called sweet chin music really makes this superstar memorable! 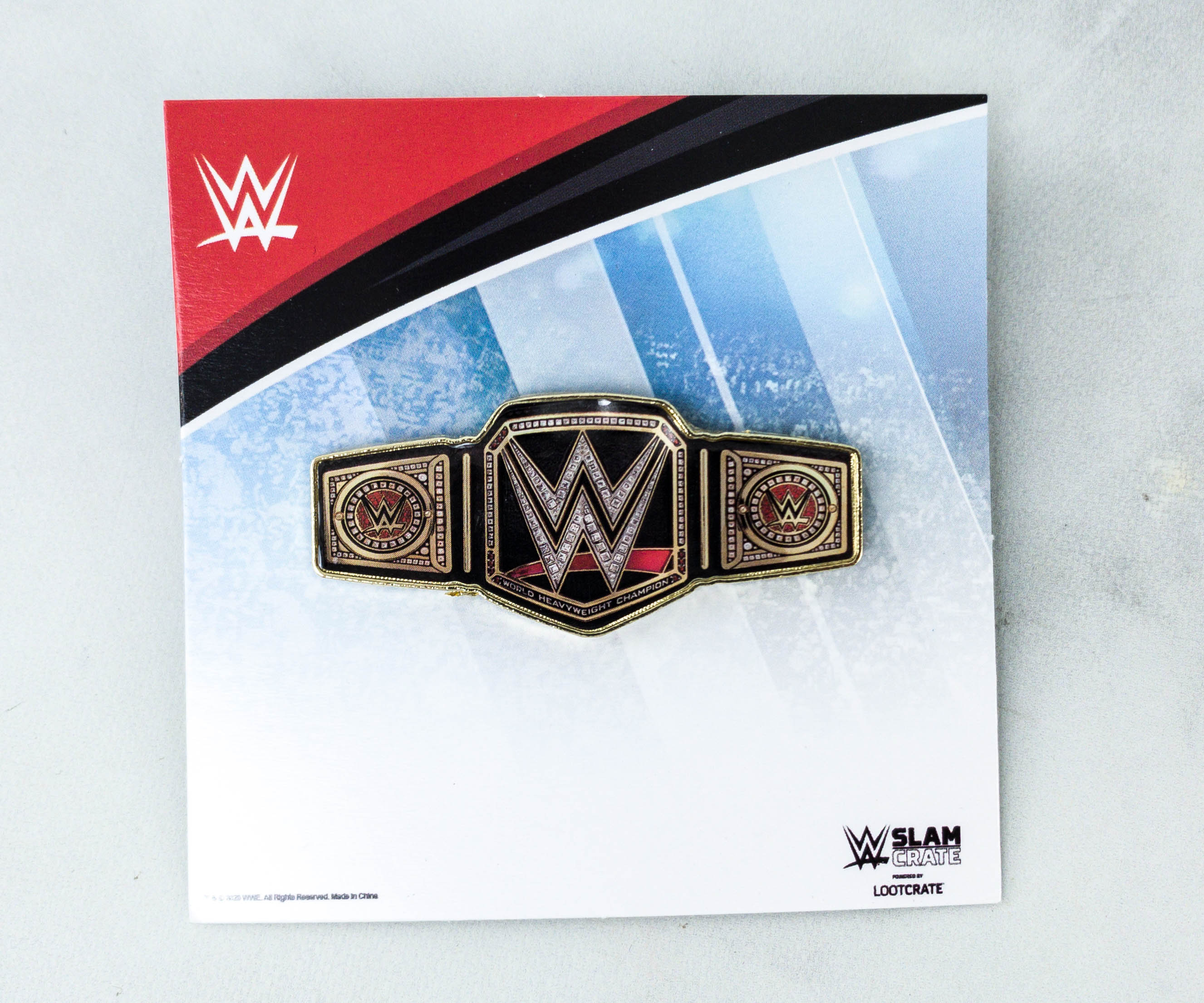 Championship Belt Pin. This month’s featured pin is the greatest achievement a wrestler could ever have, a championship belt. It’s a mini replica of the real thing! 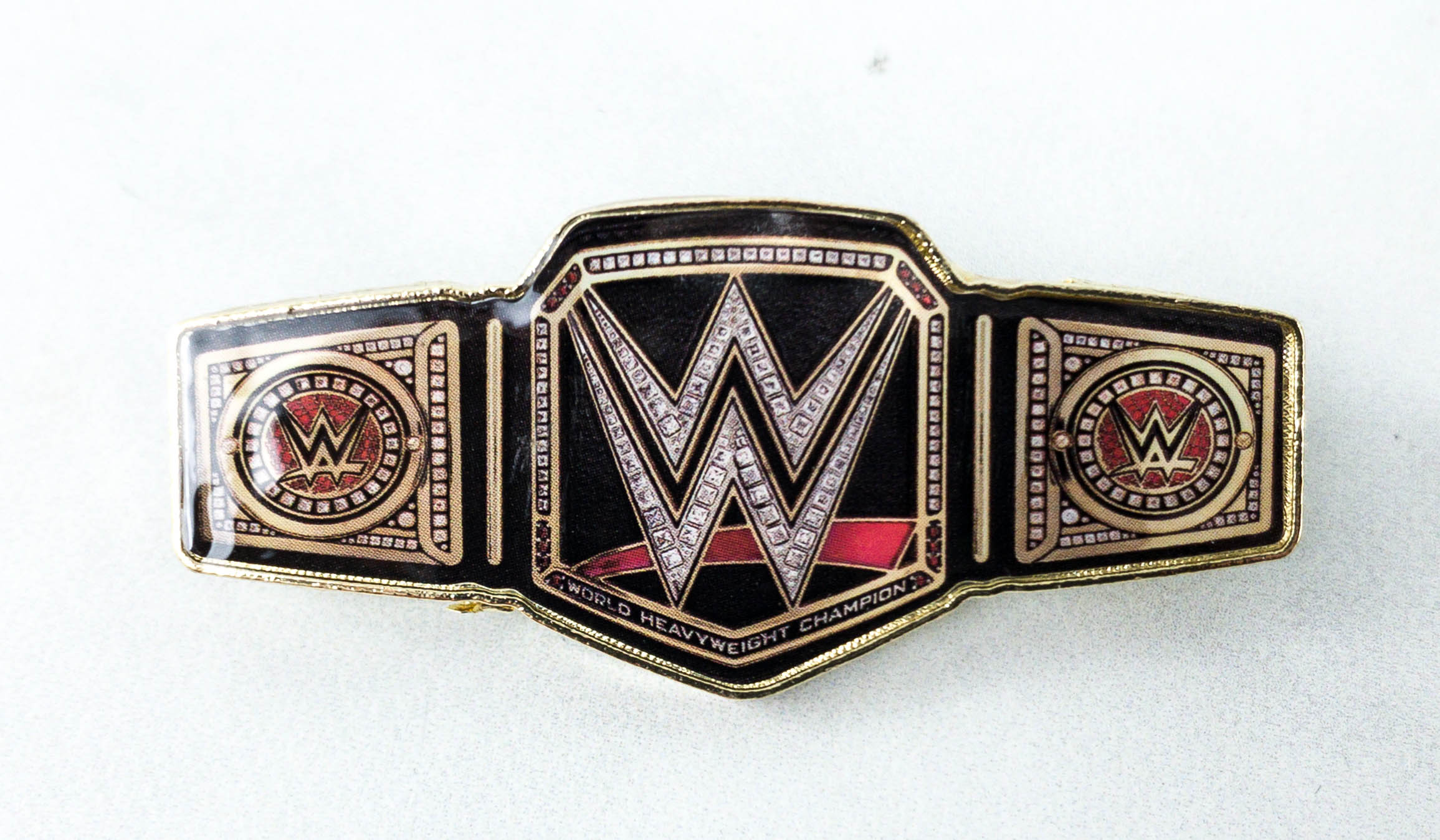 It looks great and the details are perfect! It can be displayed or used to decorate your jacket or bag. 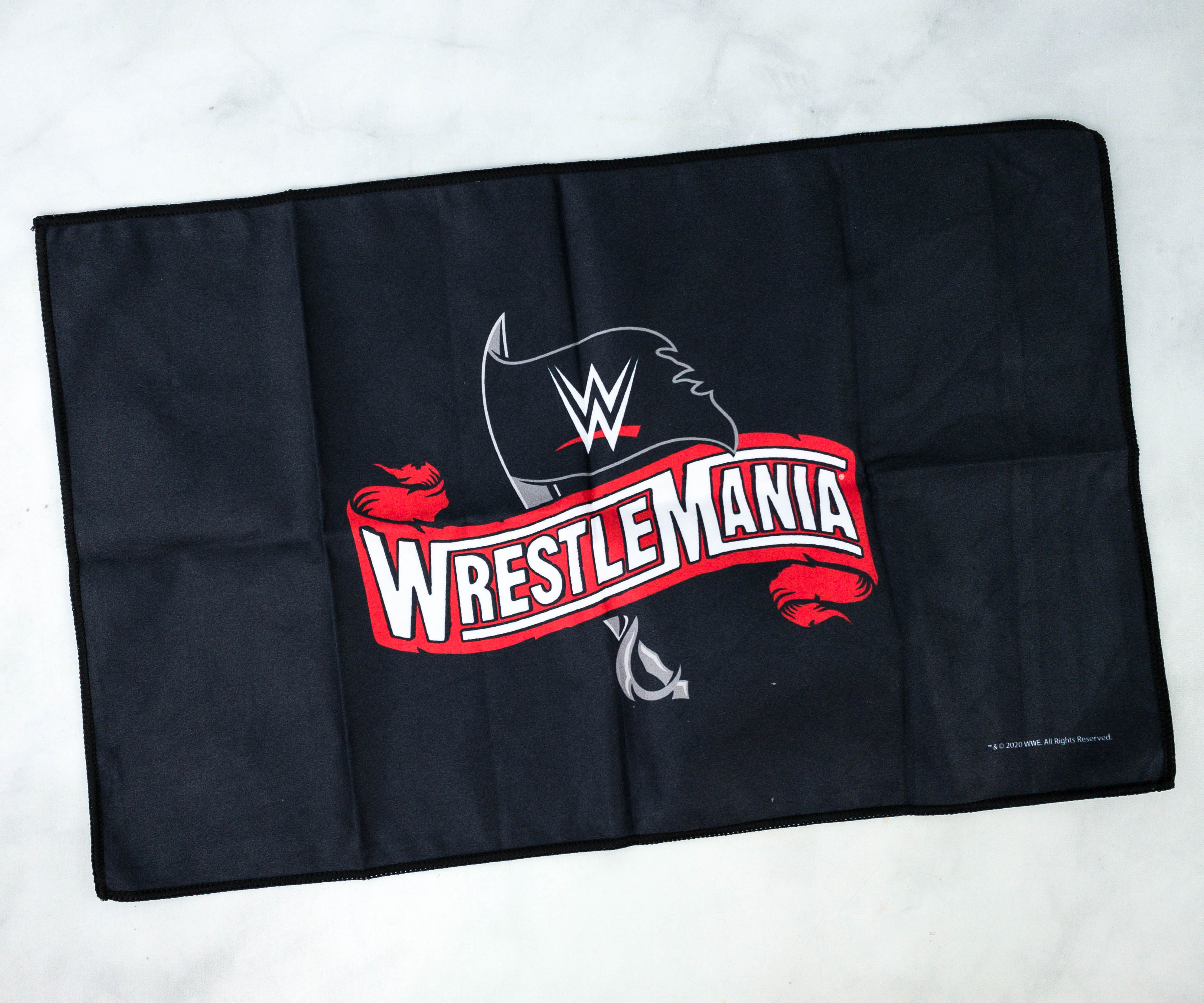 Bandana. It’s a nice black bandana that has a Wrestlemania logo at the center! The fabric used is of high-quality and it has reinforced stitching on the edges to keep it from fraying. 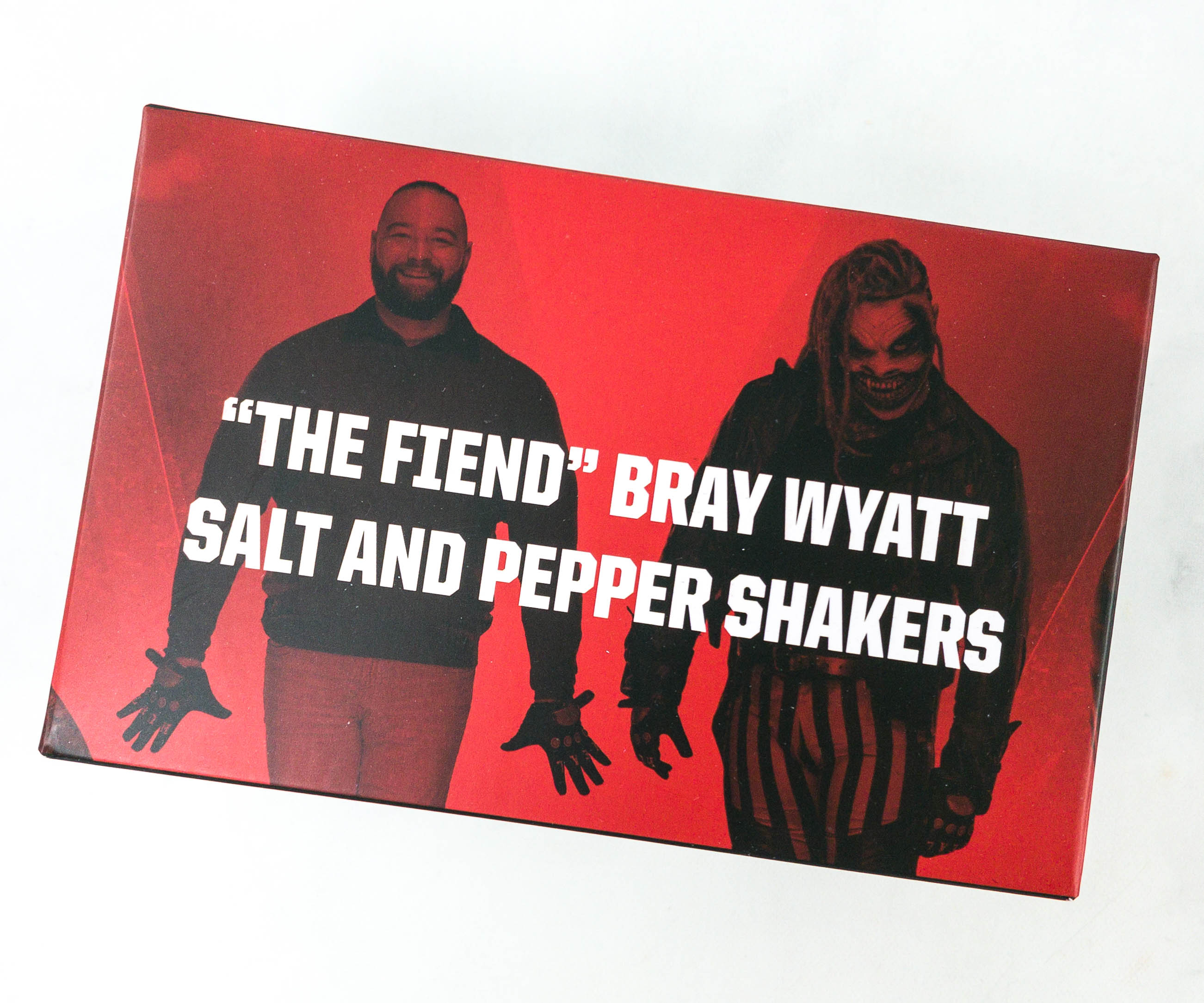 Salt & Pepper Shakers. The salt and pepper shaker set features Bray Wyatt who is also known as The Fiend 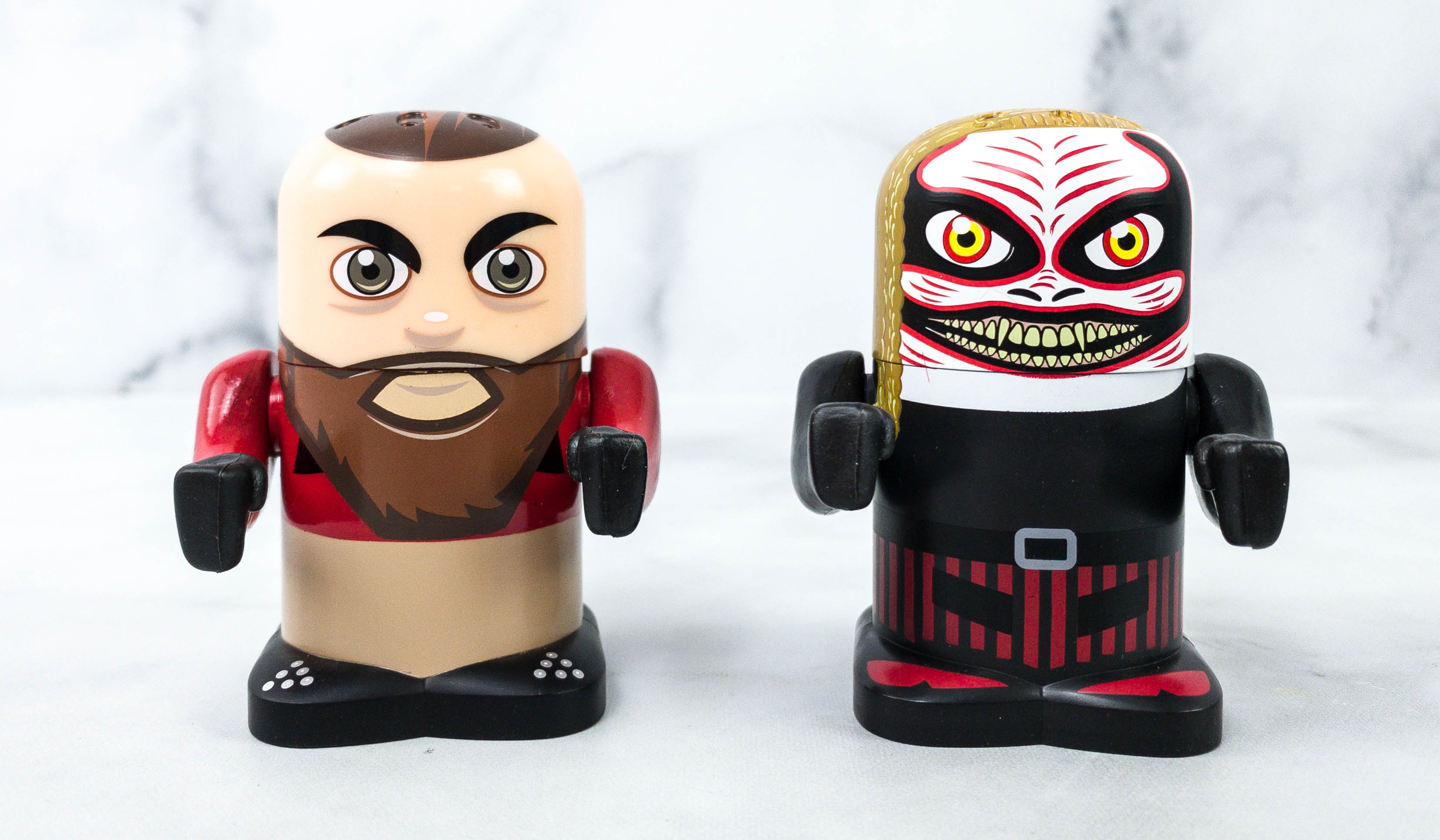 These shakers represent the athlete’s two identities and it’s a perfect concept!

They did a great job with painting even the smallest details. These are really fascinating kitchen item designs! 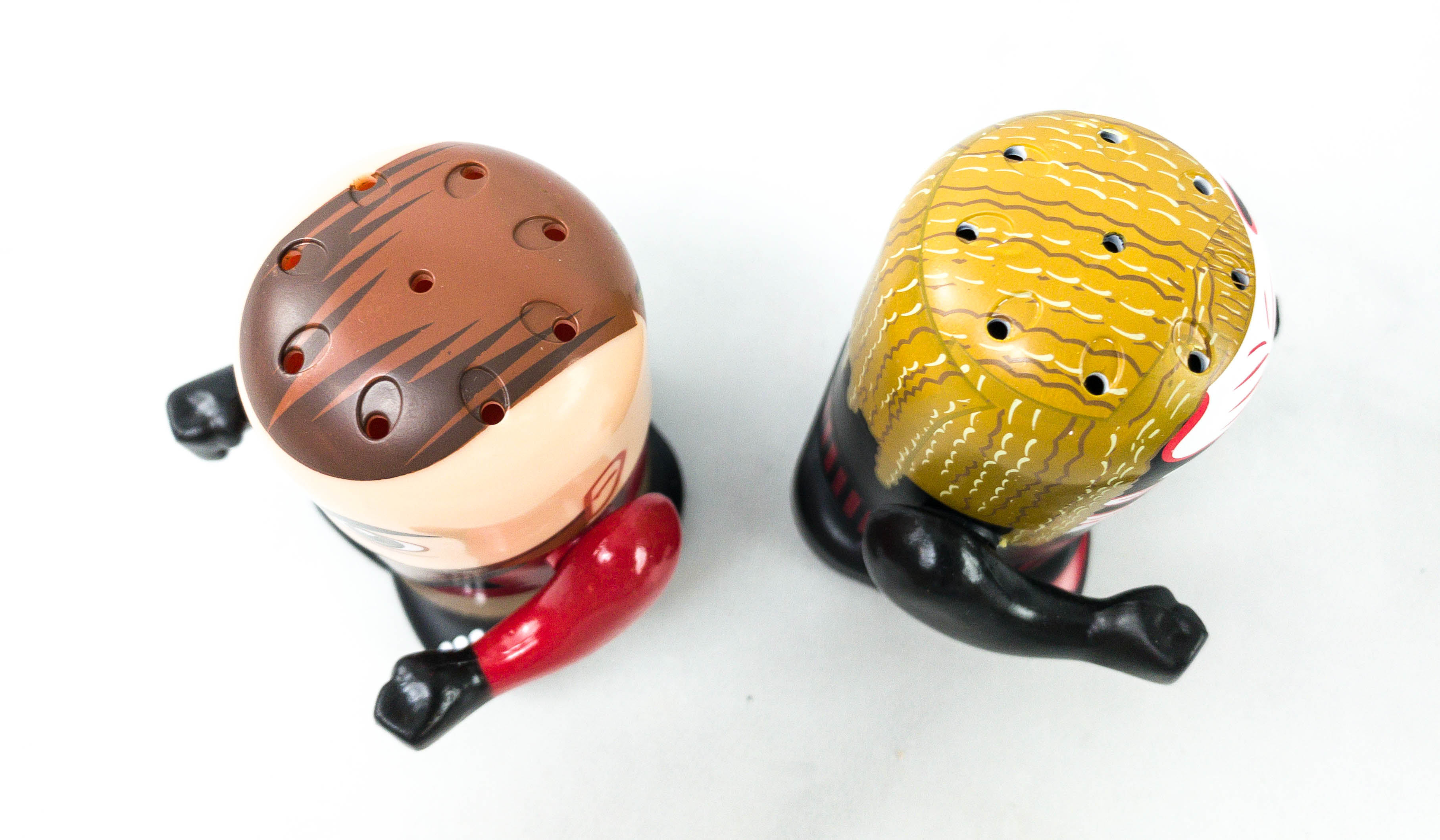 There are holes located at the top of their heads to dispense the salt and pepper. 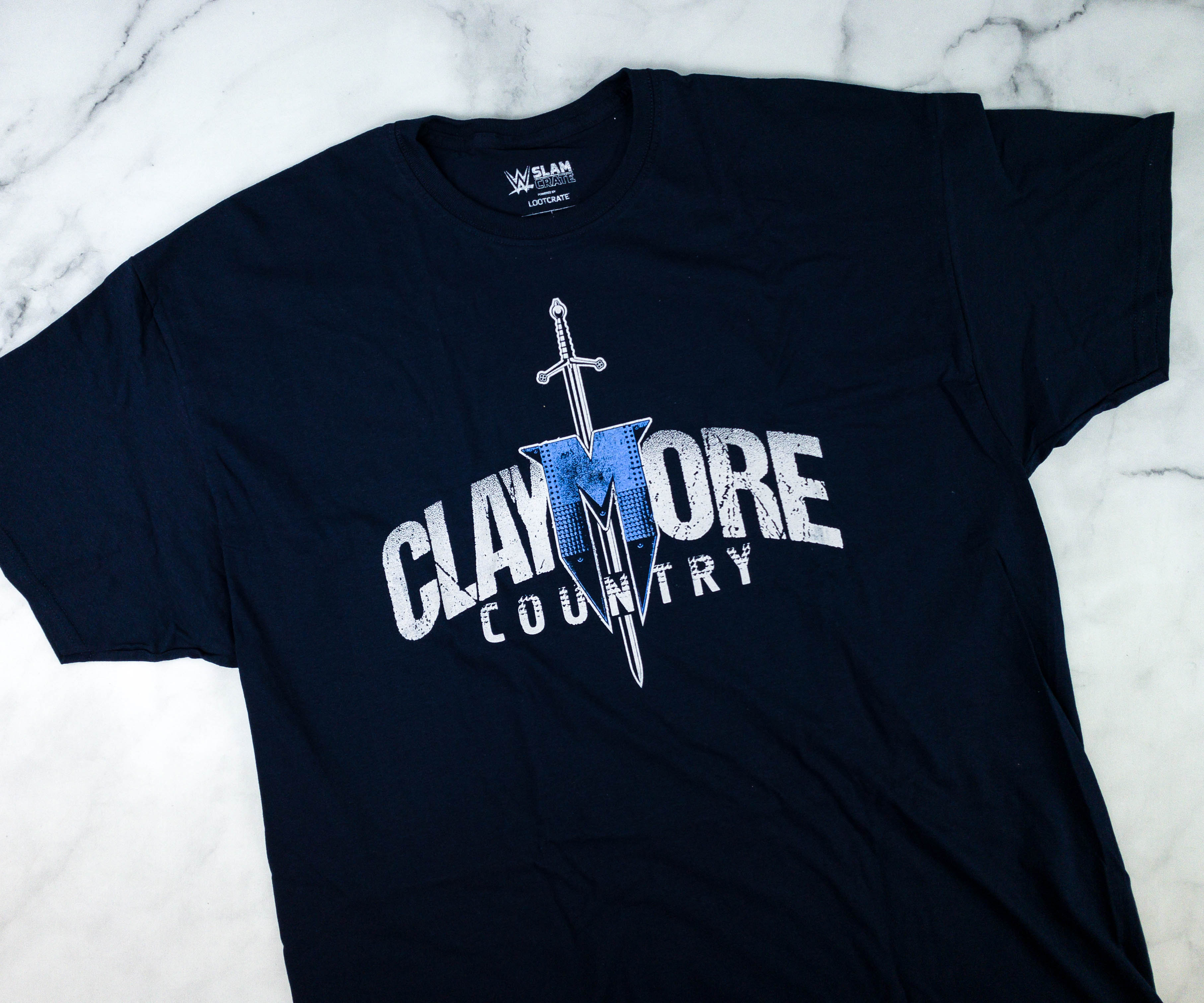 T-Shirt. This month’s wearable is a blue a Claymore Country shirt. It is a trademark from Drew McIntyre, January 2020’s champion of the 30 man royal rumble. 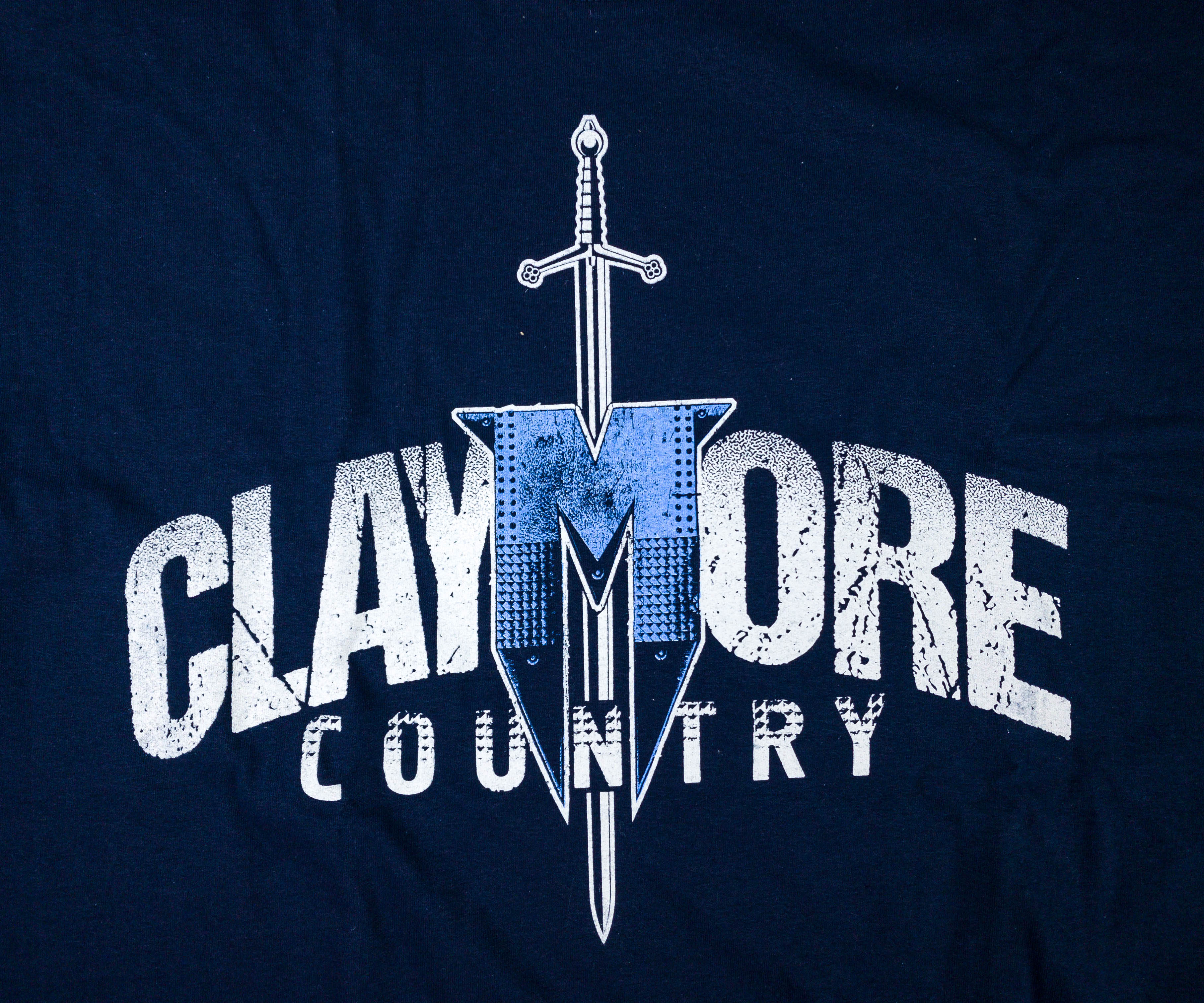 The quality of the print is really nice and it compliments the color of the shirt. It has a relaxed fit and the fabric is breathable. I’m really comfortable wearing this shirt and I love its design!

WWE Slam Crate boxes are starting to arrive and I hope more will be delivered in the coming weeks . This month’s box had a lot of amazing WWE merch. My favorite is the pin as it features the greatest achievement any wrestler could have, a championship belt! Also, the craftsmanship is really nice. I also like the t-shirt and the bandana, as well as the salt and pepper shakers that I can use in the kitchen. 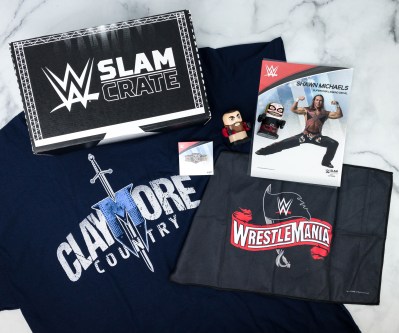