MasterClass provides in-depth and engaging classes taught by experts in various fields. The classes are designed to bring your favorite experts to your home in an engaging online experience, which includes state of the art pre-recorded videos, workbooks, and stimulating assignments. Your Annual Membership gives you access to 85+ world-renowned instructors on Film and TV, Culinary Arts, Design, Photography, Fashion, Sports, Science and Technology and so much more. Instructors include world-famous chef Gordon Ramsay, bestselling author Margaret Atwood and many more. The classes have about 20 lectures, each about 10 minutes so you can watch and re-watch at anytime. Video lessons can easily be watched on the MasterClass mobile app, on your desktop, Google Chromecast, Apple TV, Amazon Fire TV, Android TV, and Roku devices.

When you join MasterClass, you’ll subscribe to the Annual Membership ($180). With this, you can take any class you want at any time, and your access continues until you cancel.

This is a review of the Ron Howard Teaches Directing class from MasterClass! Ron Howard opens this class with a brief introduction to how he got into the film industry and why he fell in love with directing. He talks about how he was an actor as a child, but what he found in the role of a director was the importance of telling a story. For a director it is not about how big of a crew you have or the type of sets, but it is what you capture inside the frame lines that matters.

Ron Howard is a legend on both sides of the camera. As a child, his portrayal of Opie in The Andy Griffith Show and Richie Cunningham in Happy Days launched him into every living room in America. After leaving acting to direct, Ron developed an extensive directorial résumé which includes Cocoon, Splash, Parenthood, Apollo 13, A Beautiful Mind, Frost/Nixon, Solo: A Star Wars Story, and the beloved TV series Arrested Development. In addition to being a box office blockbuster, he is a two-time Academy Award–winning director.

This class is broken down into six different sections that guide viewers on Ron’s thought process when choosing a script, pre-production, how to work with actors, and how to approach post-production editing and music. Ron has also included a section that guides viewers through scene deconstructions from Raiders of the Lost Ark, Apollo 13, and A Beautiful Mind along with a whole section where we get to go behind the scenes of Frost/Nixon to see how Ron directs.

Directing – Who is it for? This class is for anyone who is interested in starting a career as a director! This class really focuses on how to tell the story. It does not matter what equipment, budget, or actors you may have, as a director you have control over what story you want to tell. And this class really inspires viewers to find a story and then use the tools from this class to capture that story in your own lens. The workbook for this class will be your guide to developing your directing skills. The workbook includes reviews of each video lesson, along with a learn more and assignment section. The learn more section provides numerous resources for suggested viewings and readings on top of the suggested viewings and readings listed at the beginning of the workbook. The assignment sections provide things to think about and reflect on regarding viewers own instincts and even running a cinematography case study for one of your favorite films. Ron Howard has created an exciting and detailed class that really demystifies the secrets behind directing. In this class, there is a combination of lectures and film examples. The lectures focus on the directing process where viewers learn how to approach telling a story, create a storyboard, and outline a shot list, while the examples allow viewers to see first hand how Ron directs and how he analyzes different scenes. The class also tackles how to inspire and protect your actors and the importance of what happens in the editing room.

I have endeavored my whole life, to try to demystify the process of directing. If you start to look at it piece by piece, scene by scene, sequence by sequence… it is a lot less mysterious. Because these stories, they are mosaics. And the more you understand that, the more exciting it is.

What I thought was so beneficial for this class was the section where viewers get to watch Ron direct a scene from Frost/Nixon. This section is so detailed and viewers get to see the entire process from start to finish. He goes through rehearsals, numerous camera stagings, and how he interacts with his actors. Throughout these lessons not only do viewers get to see what Ron is doing, but we also get to see the different camera views on the same screen.

This class had me engaged from the very beginning! Ron Howard has created a detailed and inspiring class that really goes behind the scenes and guides viewers through the entire directing process. If you are looking for a class that will provide great insights into the world of directing, this is the class for you!

What do you think of MasterClass? 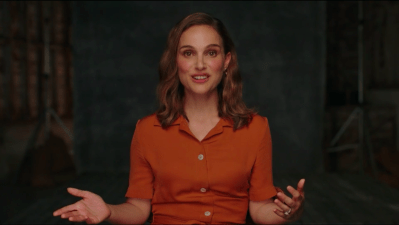 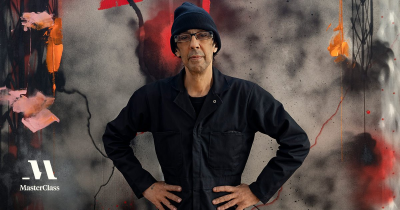