Owl Crate is a monthly subscription of books and bookish items. Each OwlCrate contains one new Young Adult novel, as well as 3-5 other bookish items all matched to the monthly theme. OwlCrate always sends the best items to go along with their theme with the hottest new books out there.

DEAL: Use coupon code WELCOME10 to save 10% on your first subscription!

May’s theme is REBELS WITH A CAUSE!

The items were cushioned with squiggles. Some of them arrived in their individual packaging as well.

The flip side lists all the items inside the box.

They also included an adorable mini-magazine!

Of course, the mini-magazine includes an author interview! This month’s featured author is Zoraida Cordova. Knowing what inspired the author to pen a story can help children understand the book better.

They also suggested some titles for further reading, especially if you love this month’s book:

The mini-magazine also included some fun activities, while the other page is another interview, and this time, with a designer, Little Inklings Designs!

There’s also a box photo challenge that you can join.

Everything in our May 2020 OwlCrate!

Enamel Pin. This month’s pin is related to the featured novel, which is Incendiary by Zoraida Cordova.

The pin is quite large because it requires two posts to support it with 2 butterfly clutches.

The OwlCrate pins are also numbered, and this one is #63. It is designed in collaboration with Pennyslug Design.

It features the unique memory-holding Alman stone. Brighter stones have the sharpest memories!

Magnet. The magnet is packaged in a brown paper bag sealed with a red flower sticker. It’s an OwlCrate Exclusive item!

The wooden magnet has the same flower design as what’s on the sticker seal. It also comes with an empowering quote from The Bone Season by Samantha Shannon.

Never allow yourself to believe you should be silent.

The magnet attached at the back of the wood is large enough to hold onto metal surfaces well.

Vinyl Stickers. This set of stickers designed by Nerdy Ink comes with rebellious quotes from authors Neil Shusterman, Margaret Atwood, Marie Rutkoski, and Caroline Caldwell. These are perfect to go with notebooks, water bottles, laptops, or any surface that you can easily see and remind you to fight for anything that you need to fight for!

Metal Straw Set. These metal straws are placed inside a canvas bag inspired by the novel by Sabaa Tahir, The Ember in the Ashes.

The bag has 10 pieces of straws and 2 cleaning brushes.

The set has 5 bent straws and 5 straight straws. The metal straws are eco-friendly and BPA-free. They are also durable and easy to clean and with the pouch, we can take them anywhere!

Pot Holder. Another useful set of items from this box are these pretty potholders! They’re another exclusive OwlCrate items!

The potholders are based on the novel Heart of Iron by Ashley Poston.

The potholders are designed by this month’s featured designer, Little Inklings Design. They can be easily kept in the kitchen as they include hanging loops as well.

The box includes a card with the same artwork on the cover of this month’s featured book.

At the back is a note from the author!

I am Renata Convida.
I have lived a hundred stolen lives.
Now I live my own.

Renata Convida was only a child when she was kidnapped by the King’s Justice and brought to the luxurious palace of Andalucia. As a Robari, the rarest and most feared of the magical Moria, Renata’s ability to steal memories from royal enemies enabled the King’s Wrath, a siege that resulted in the deaths of thousands of her own people.

Now Renata is one of the Whispers, rebel spies working against the crown and helping the remaining Moria escape the kingdom bent on their destruction. The Whispers may have rescued Renata from the palace years ago, but she cannot escape their mistrust and hatred–or the overpowering memories of the hundreds of souls she turned “hollow” during her time in the palace.

When Dez, the commander of her unit, is taken captive by the notorious Sangrado Prince, Renata will do anything to save the boy whose love makes her place among the Whispers bearable. But a disastrous rescue attempt means Renata must return to the palace under cover and complete Dez’s top secret mission. Can Renata convince her former captors that she remains loyal, even as she burns for vengeance against the brutal, enigmatic prince? Her life and the fate of the Moria depend on it.

But returning to the palace stirs childhood memories long locked away. As Renata grows more deeply embedded in the politics of the royal court, she uncovers a secret in her past that could change the entire fate of the kingdom–and end the war that has cost her everything.

The novel’s synopsis is printed on one of the dust jacket’s inside flaps.

The story started with the King’s first order, which is approved by Justice Mendez, from the Kingdom of Puerto Leones.

The story is about Renata, a woman kidnapped by the King’s Justice when she was just a child. Her superpower is pretty unique: stealing memories. Ironically, she can’t even remember where she came from and who she really was.

The author did a good job with world-building and developing the characters. What a great way to start the series!

In the witch kingdom Hyalin, the strength of your magic is determined by the length of your hair. Those that are strong enough are conscripted by the Witch Guard, who enforce the law in peacetime and protect the land during war. However, those with hair judged too long are pronounced enemies of the kingdom, and annihilated. This is called a witch burning.

Witchy is a comic about the young witch Nyneve, who is haunted by the death of her father and the threat the Witch Guard poses to her own life. When conscription rolls around, Nyneve has a choice to make; join the institution complicit in her father’s death, or stand up for her ideals?

Witchy was nominated for the 2015 Ignatz for Outstanding Online Comic, the 2016 DINKy for Outstanding Web Comic, and the Danish “Pingprisen” for Best Online Series in 2017 and 2018.

The back of the book has some good words from other authors!

The illustrations in this graphic novel are pretty good!

In the witch Kingdom Hyalin, the strength of their magic is determined by the length of their hair. Those who have hair that’s too long are pronounced enemies of the kingdom, and undergo what they called “witch burning”. This story is about the witch named Nyneve who needs to make a choice between joining the institution complicit in her father’s death or standing up for her ideals.

They also gave us a theme spoiler for the June 2020 box, All the World’s a Stage!

At the back is the sneak peek! In every June box, you’ll receive an exclusive coffee from Bones Coffee Company!

This month’s novel is all about being a rebel with a cause! The story is nice and it gave a new face (and even abilities) to the heroine who is bound to save her people. We also love the items that came with the book. My favorite has got to be the beautiful wooden magnet. I also like the eco-friendly set of reusable metal straws and the potholders. It’s another well-curated box! The next theme also sounds interesting!

What did you think of this month’s Owl Crate theme? Are you excited for next month’s theme?

Visit Owl Crate to subscribe or find out more!

Save 10% off your order! Use coupon code WELCOME10. 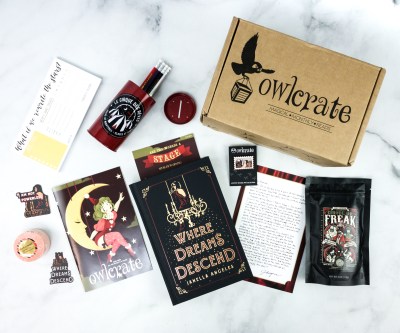 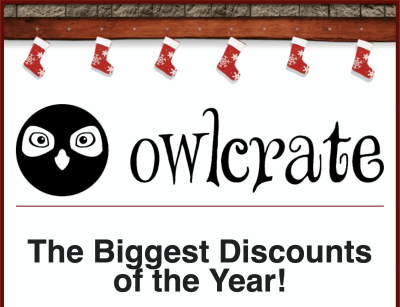 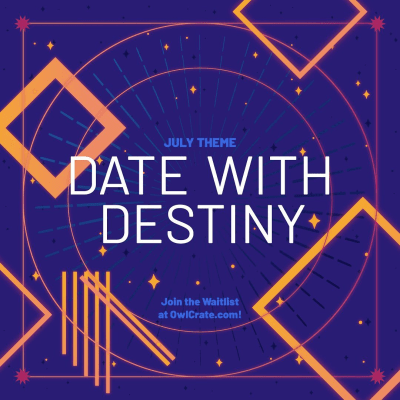 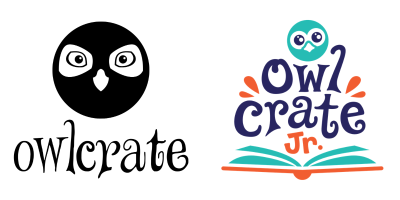