Girls Can Crate is a monthly subscription for children between 5 and 10 years of age that promotes the idea that girls can do whatever they set their minds to. Each month features a different female pioneer whose story inspires girls to achieve. Each box includes a 20-page activity book that includes the heroine’s story, 2-3 STEAM activities, and creative play props. Boxes cost $29.95 each month with themes that celebrate female pioneers from diverse backgrounds, but the activities themselves are usually gender-neutral.

The box is always full of fun stuff and activities.

The items were cushioned with bright yellow squiggles. Some items were also protected by plastic and/or bubble wraps.

There’s a pamphlet that lists what’s inside the crate. This month, we’re celebrating the life of Althea Gibson!

Meanwhile, these are pointers for parents on how to help kids stay active.

As always, the box included a booklet featuring information about this month’s heroine.

At the back of the booklet is a quote from this month’s heroine:

Most of us who aspire to be tops in our fields don’t really consider the amount of work required to stay tops.

They also indicated that a portion of the proceeds from every GIRLS CAN! Crate sale helps support non-profit organizations working to empower girls.

Althea Neale Gibson, or simply Althea Gibson, is an American tennis player and professional golfer. She’s one of the first Black athletes to cross the color line of international tennis. When she was very young, her family moved to Harlem, and they lived near a playground where she spent all of her time running and playing any sport she could find. She boxed and played basketball and paddle tennis! She realized that she was good at tennis, and at the age of 12, she was New York City’s paddle tennis champion!

Tennis was known as the game of the rich and white people, but Althea didn’t let anything stop her. She played where she could and competed in matches sponsored by the American Tennis Association. She won her first title at the age of 14, and she wanted more so she kept on swinging! She played at the United States National Championships at Forest Hills. At first, she was not allowed to play, but her community rallied around her, for her to be included. She lost in the second round, but still, it didn’t stop her and she still kept swinging! From there, she competed in tournaments all over the world!

In 1956, she became the first African-American to win a Grand Slam title (the French Championships). and in 1957, or Althea Gibson’s year, she won both Wimbledon and the US Nationals, then did it again in 1958 and she was voted as the Female Athlete of the Year by the Associated Press.

All in all, she won 11 Grand Slam tournaments. And she was inducted into the International Tennis Hall of Fame and the International Women’s Sports Hall of Fame. She retired from tennis in 1958, but still, she kept swinging, but this time, a golf club! She is the first African-American to play golf professionally in the LPGA. In 1966, she was ranked 27th in the whole country.

The booklet introduced us to tennis, and gave us more information on how to play the game! There are also lots of fun activities related to the theme.

Another activity is called the “Finish the Net” game! It needs two players who will draw lines between 2 red dots. When a player completes a square, they’ll write their initials inside of it. The player with the most number of squares completed wins! On the next page, they even included a spot-the-difference activity.

There is also a lucky subscriber who got a feature in this month’s crate!

Challenge #1: Play Tennis. Since our heroine this month was a champion tennis player, our first challenge is to play tennis!

The box provided the rackets and table tennis balls.

My son likes table tennis! Before starting with the game, we set our kitchen island up and put the net in the middle.

He used the things he learned from the booklet in playing the game. He really enjoyed it! This was the BEST family bonding activity – we all played!

Challenge #2: Design Sweatbands. For the second challenge, we designed our own sweatbands which can be used to keep the sweat out of the tennis player’s eyes.

The box provided a headband, a pair of wristbands, felt stick-on shapes, and glue dots.

My kids made the wristbands’ design the same, with yellow circles, stars, and hearts!

Here’s how the headband ended up, it looks like a superhero’s band!

My daughter joined in on the fun and tried the wristbands, while my son wore the headband. The headband also keeps hair away from the face.

Here’s my daughter enjoying this athlete ensemble! She’s even holding a racket!

Challenge #3: Memory Science. Playing tennis doesn’t just help the body, it develops the brain as well. For this challenge, we conducted a little experiment after playing to know if there’s a difference in the memory after being active.

The booklet included complete instructions on how to do the experiment.

The crate provided us a recording sheet and the memory cards envelope.

The first thing that the “subject” will do is to observe the memory card, and after a while, write what objects they remembered seeing on the recording sheet.

After the game, the subject will have a look at the second memory card, and do the same as they did on the first sheet. Then, we compare the first recording sheet to the second sheet, if they recorded more on the second one after the physical activity.

My son took a good look at the illustrations on the card!

He listed all the items he remembered from the 1st memory card. Then, we proceeded to a game of tennis.

After playing, he did the second memory card, and after observing, he wrote down all the things that he remembered seeing on the sheet. He actually listed more items on the second sheet!

There’s a note from Alison, Kristen, and Megan, and they talked about the errors on 2 pages of the booklet, 1 is about how Althea discovered her love for tennis, which is after becoming a paddle tennis champion, and the second error is the Scrambled Sports page.

The back of the note contained the correct version of the Scrambled Sports activity!

Of course, my son answered the scrambled words activity as well!

Althea Gibson is an amazing example for kids who love sports and for kids who wish to become professional athletes in the future! Her determination really made her very successful. Kids can really learn a thing or two from her story and the struggles she experienced just to become one of the best athletes to live. The tennis-related activities this month were also fun. We’re able to play tennis at home and turn our kitchen island into a “tennis court”, so we couldn’t be happier! Designing sweatbands and wristbands was also a nice activity. My daughter enjoyed wearing the finished products and pretending that she’s an athlete! The memory experiment is also really good and it proved that physical activities do help in improving the brain. My kids learned a lot from this month’s crate! We appreciate that although the featured personalities are all women, the activities are pretty much gender-neutral. This activity box makes a nice way to pass time or to have a sibling bonding! It’s also one of the best crates for homeschoolers!

Do you enjoy Girls Can Crate as much as we do? What’s your favorite thing about this subscription?

Visit Girls Can! Crate to subscribe or find out more!

Get 15% off your first crate in any subscription. Use coupon code HELLO15. 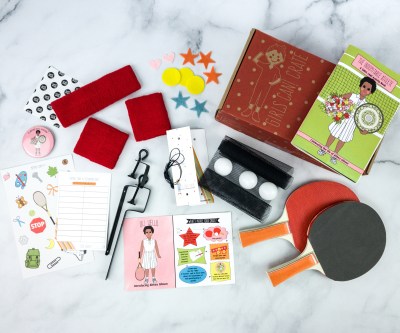 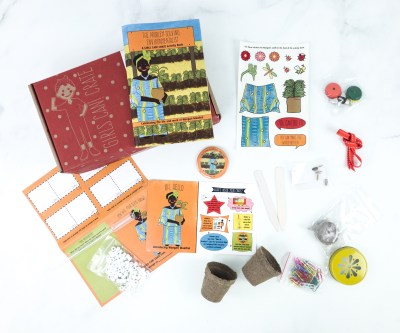 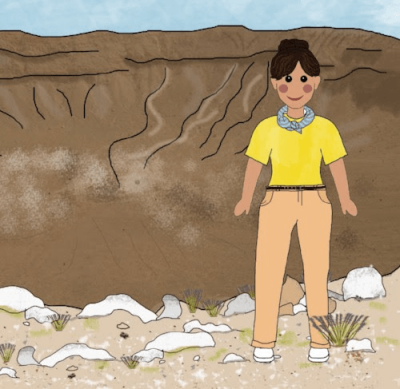