This the review of Mystery Box Case 031 DARK WORLD.

The case objective is written in a card. We have to find Jack Hill, the lead artist of the Dark World Museum!

In this case, we just need to know is which kingdom Jack is hidden in.

The first clue that we got is this Dark World Postcard. Upon reading the clue analysis, it says that it is somehow connected to one of the items also included in the box, which is the Welcome sheet.

When you refer to the card’s flip side, you’ll see a list of supplies by Major Tom, and it is addressed to Sullivan as well.

The second clue is Major Tom’s Log, where he noted that while he’s recovering from his injury, he’s studying the Steel Kingdom’s language that is also included in the log, and he was able to help them with their fight against the Cursed Kingdom.

The Cursed Kingdom Sign has many hidden objects on it, like an eye, a clock, a sun, and an angel! It also talks about the sun, moon, good, evil, time, and infinity!

The flip side has some letters with wide spaces between them and a small image of the moon.

Dark World Map shows the different kingdoms that are part of the Dark World, and it even says Jack is with Evil King. There are also 6 kingdoms which are Forest, Cursed, Desert, Sun, Steel, and Forgotten.

There’s also a list of the Dark World Artists led by Jack Hill!

Another item included along with the clues is this Welcome to Dark World Sheet where it tells us more about the World and the search for Major Tom.

There’s also a Steel Kingdom Commendation in honor of Major Tom, plus a note that says that an explorer found him (Major Tom) on the Forgotten Kingdom, and he was rescued and brought to the Steel Kingdom.

Another item is this rustic looking coaster with something written on it, perhaps one of the languages from the 6 kingdoms where we can find Jack!

It has a cork bottom which makes it non-slip and helps in protecting the surfaces as well.

After solving the case, we can finally open the Epilogue envelope. Inside is a letter from Jack Hill and a premier sticker to the Dark World Museum! It turns out that we are just beta-testing his new event fro the museum, and it was quite fun, and all the confusion has led to something good!

At first, I really thought that we were on a quest to find a missing or kidnapped person but turned out, we are beta-testing his (Jack Hill’s) event and it was like a prank was played on us, but it’s a really challenging one. If there’s really a Dark World Museum, we would love to give it a try and find Major Tom, as each of the kingdoms sound interesting. Once again, Sleuth Kings proved that they are really one of the masters in mystery and “escape room” games! My family loved playing as sleuths and solving different puzzles and challenges. This box is a must-try when you want to pass time in a really entertaining way for everyone at home!

Get 10% off your first box! Use coupon code HELLOSK . 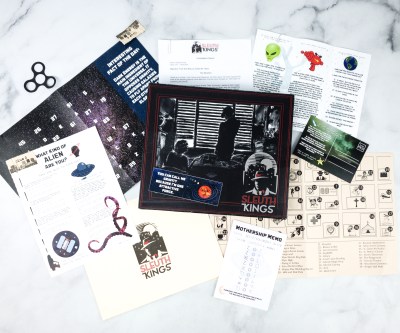 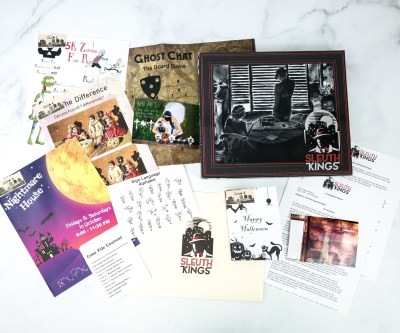