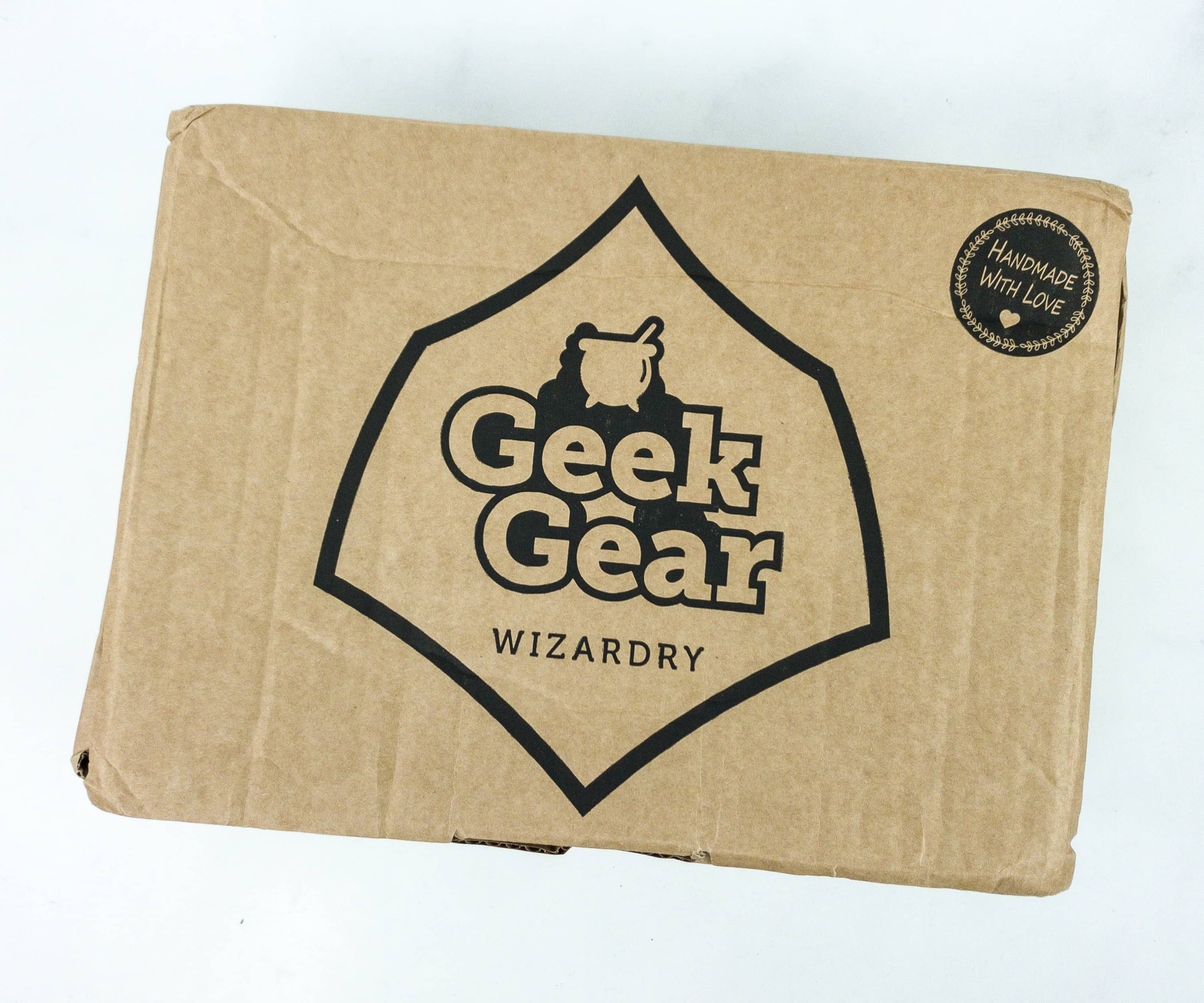 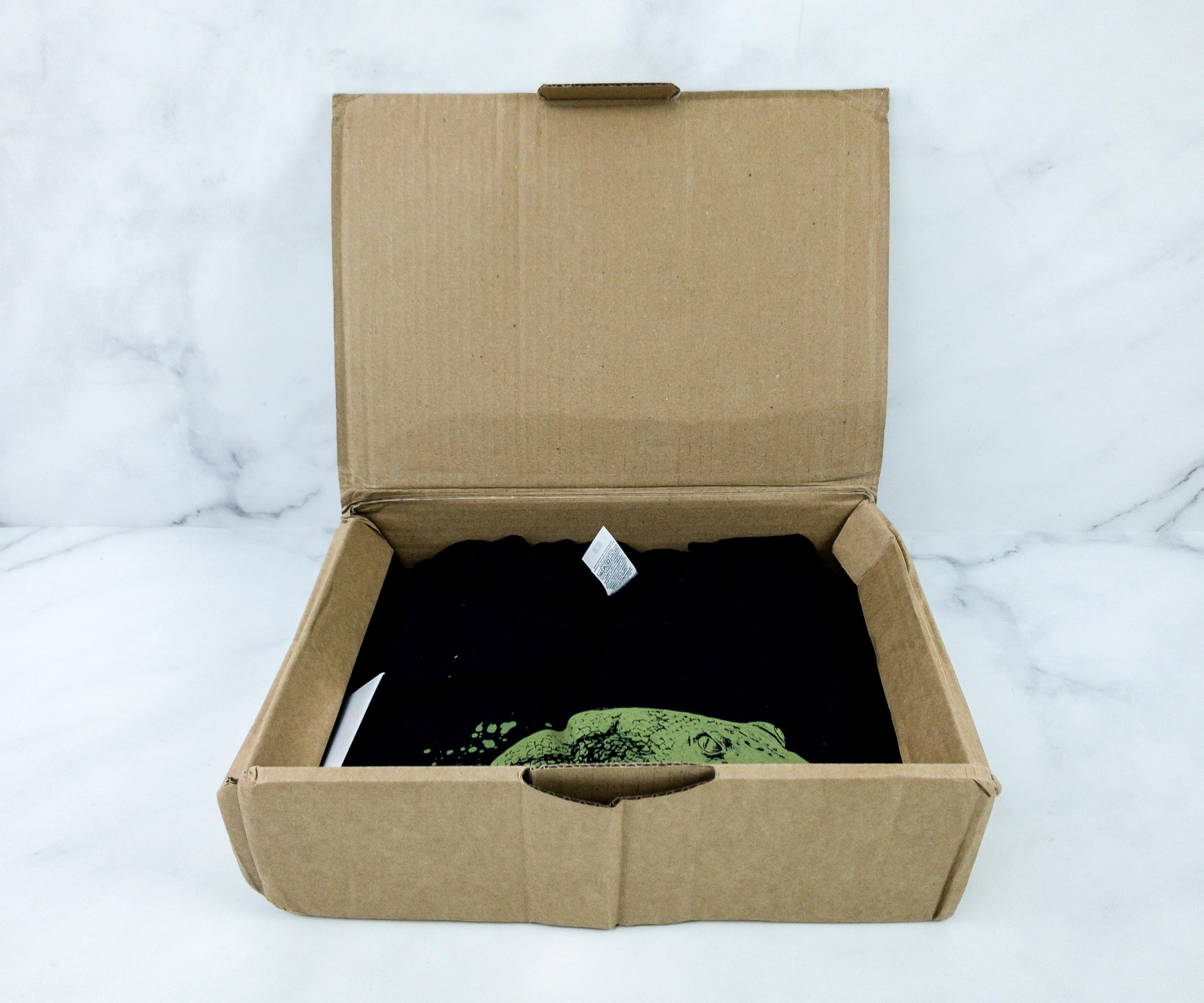 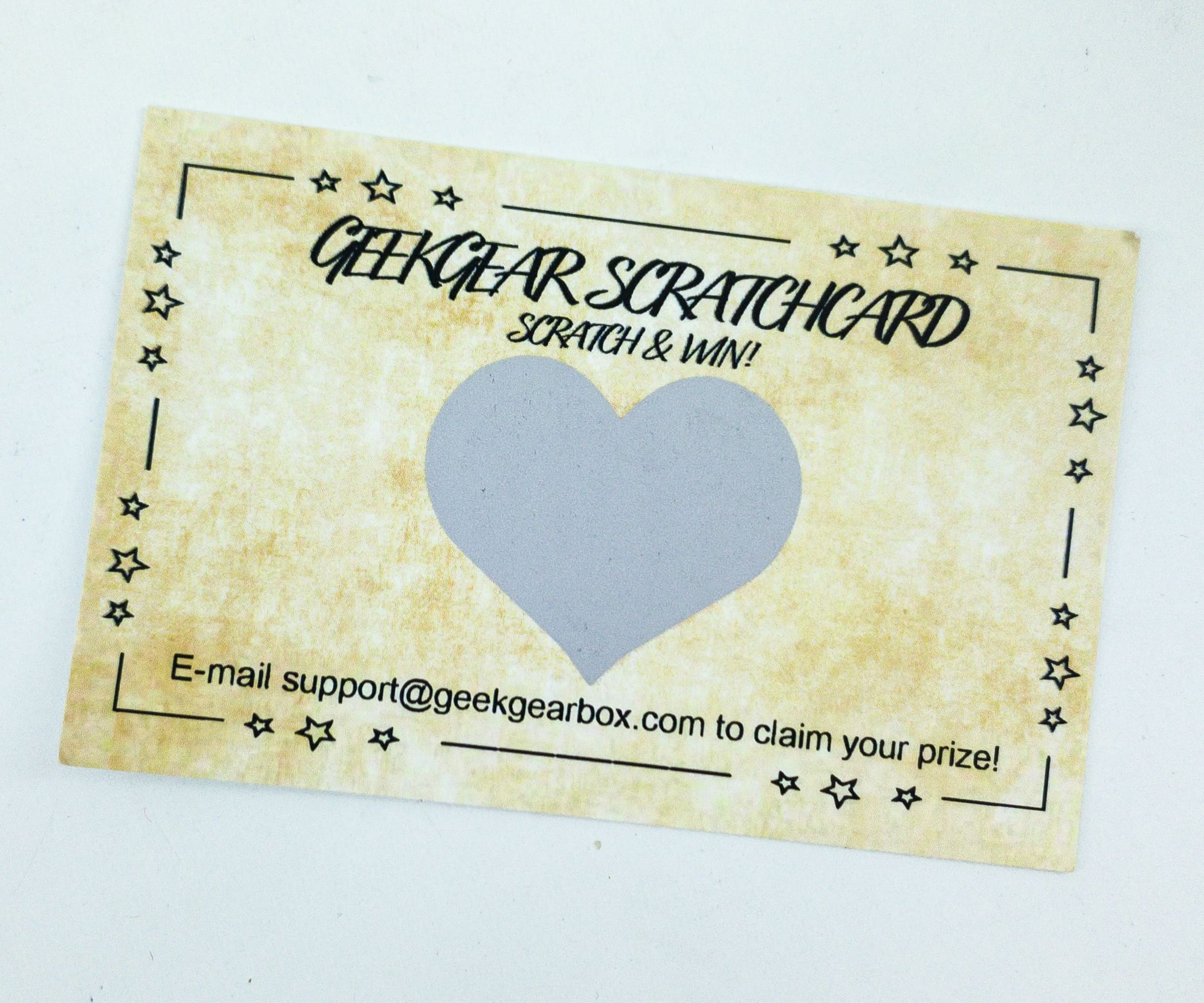 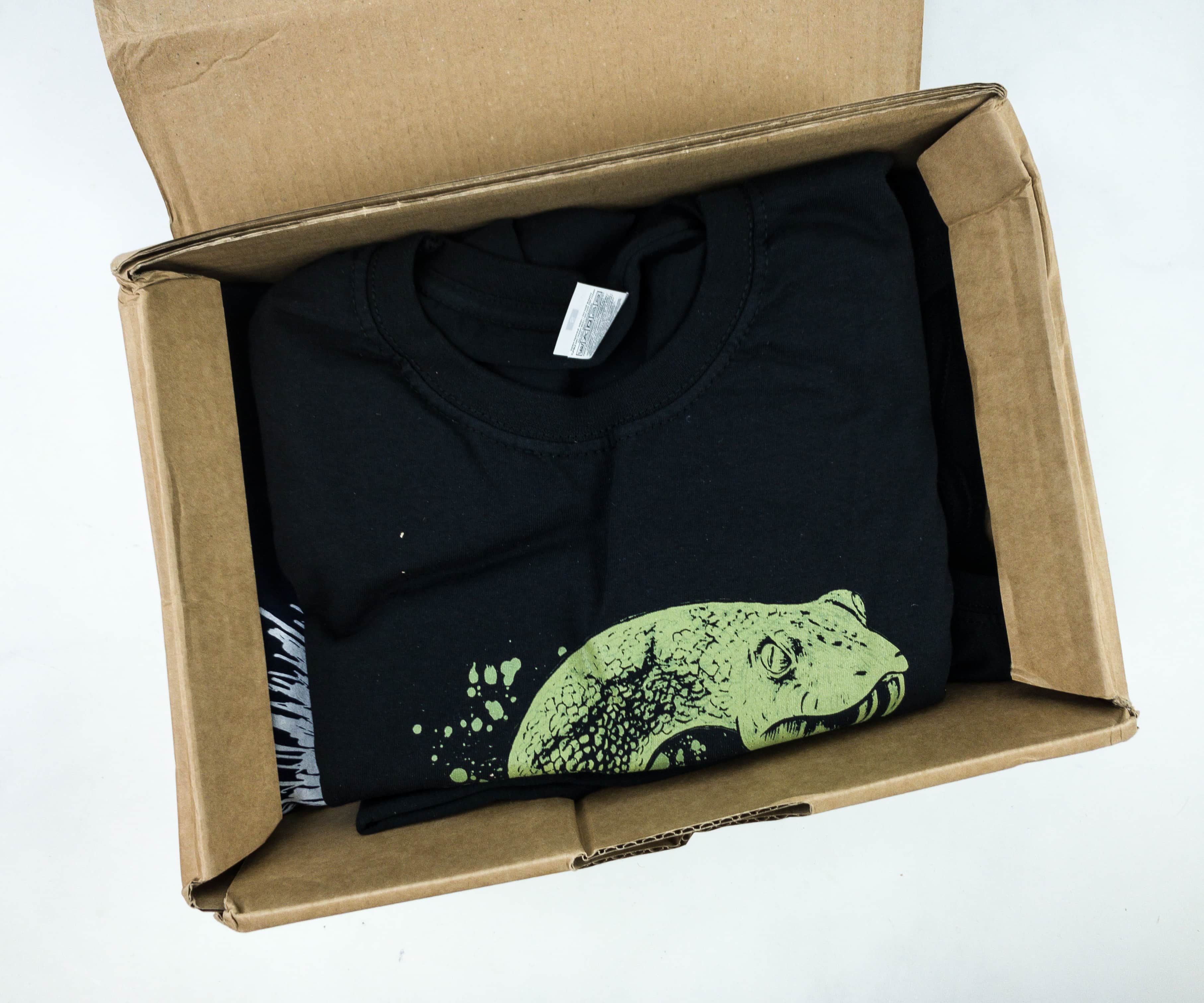 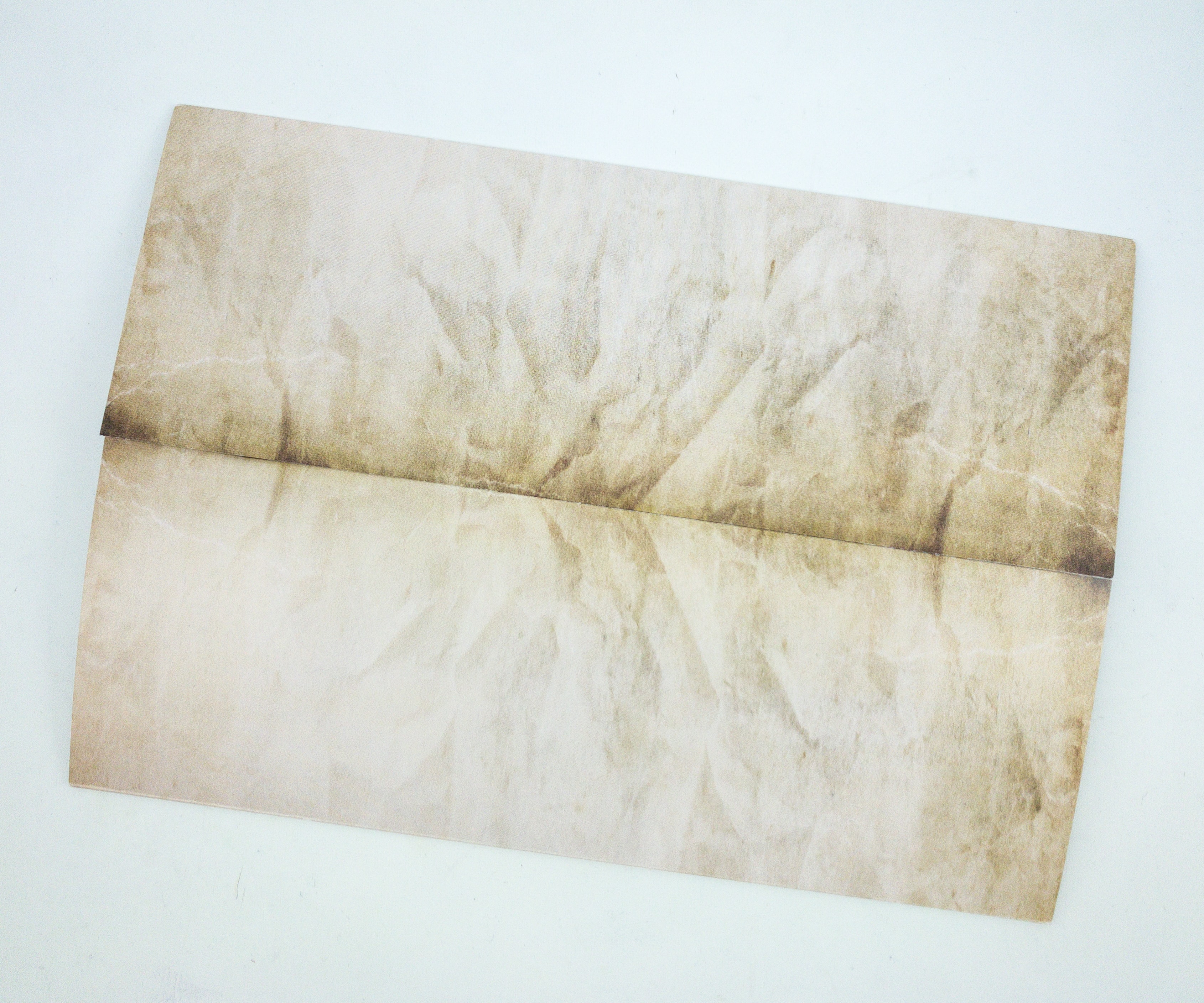 There’s a letter from Geek Gear as well. 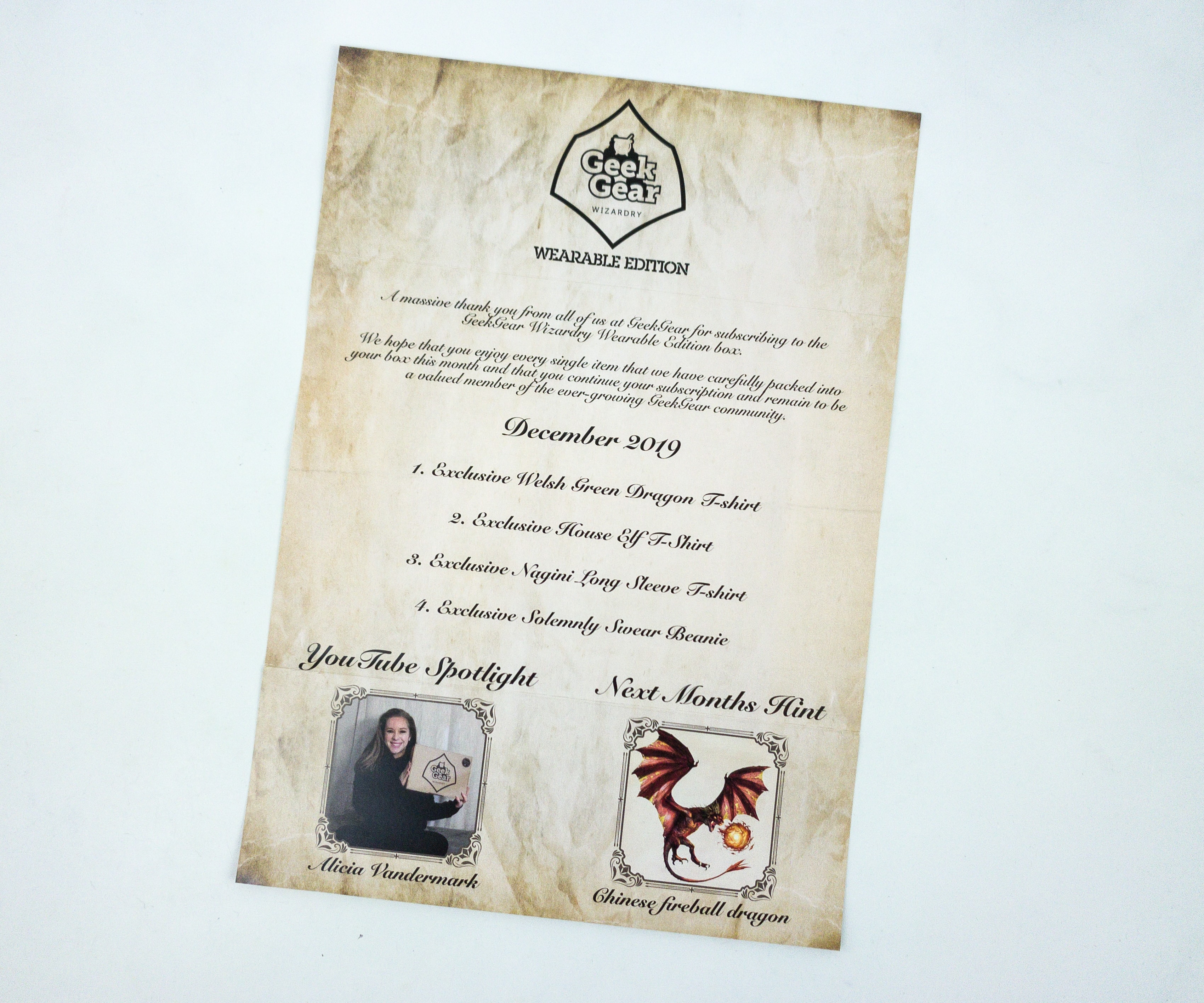 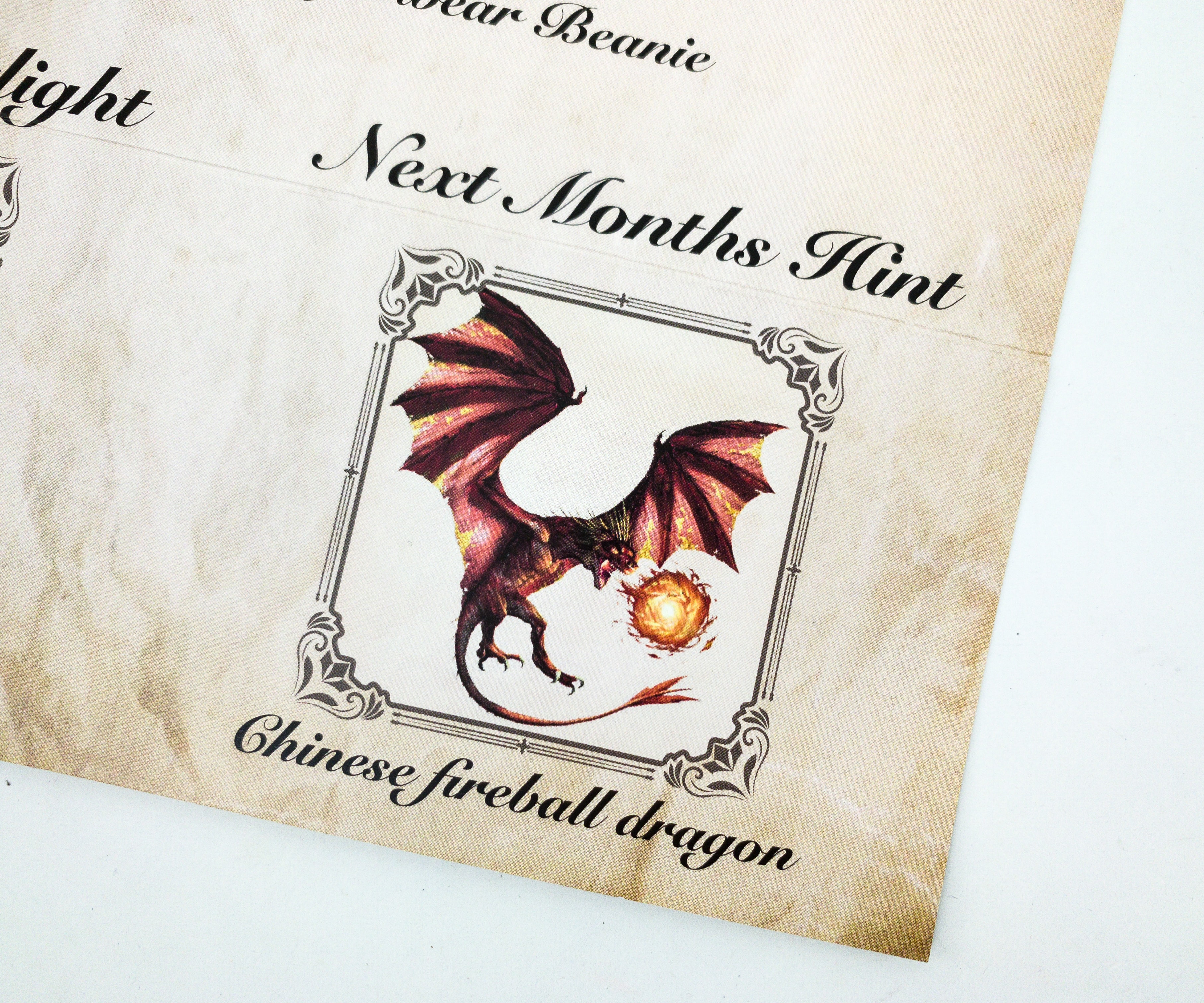 Here’s the hint for next month: Phoenix! 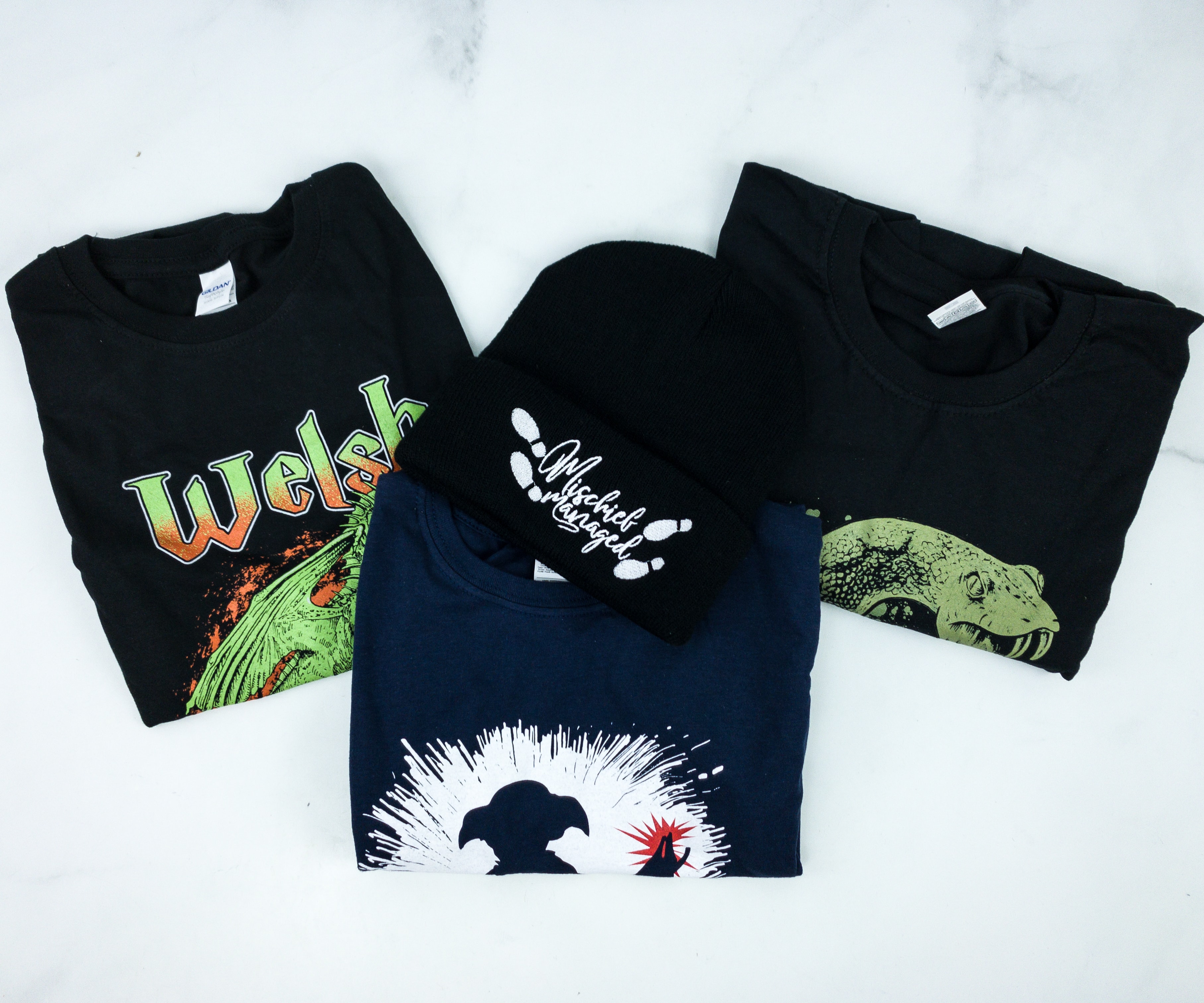 Excited about our new dark-colored shirts plus beanie! 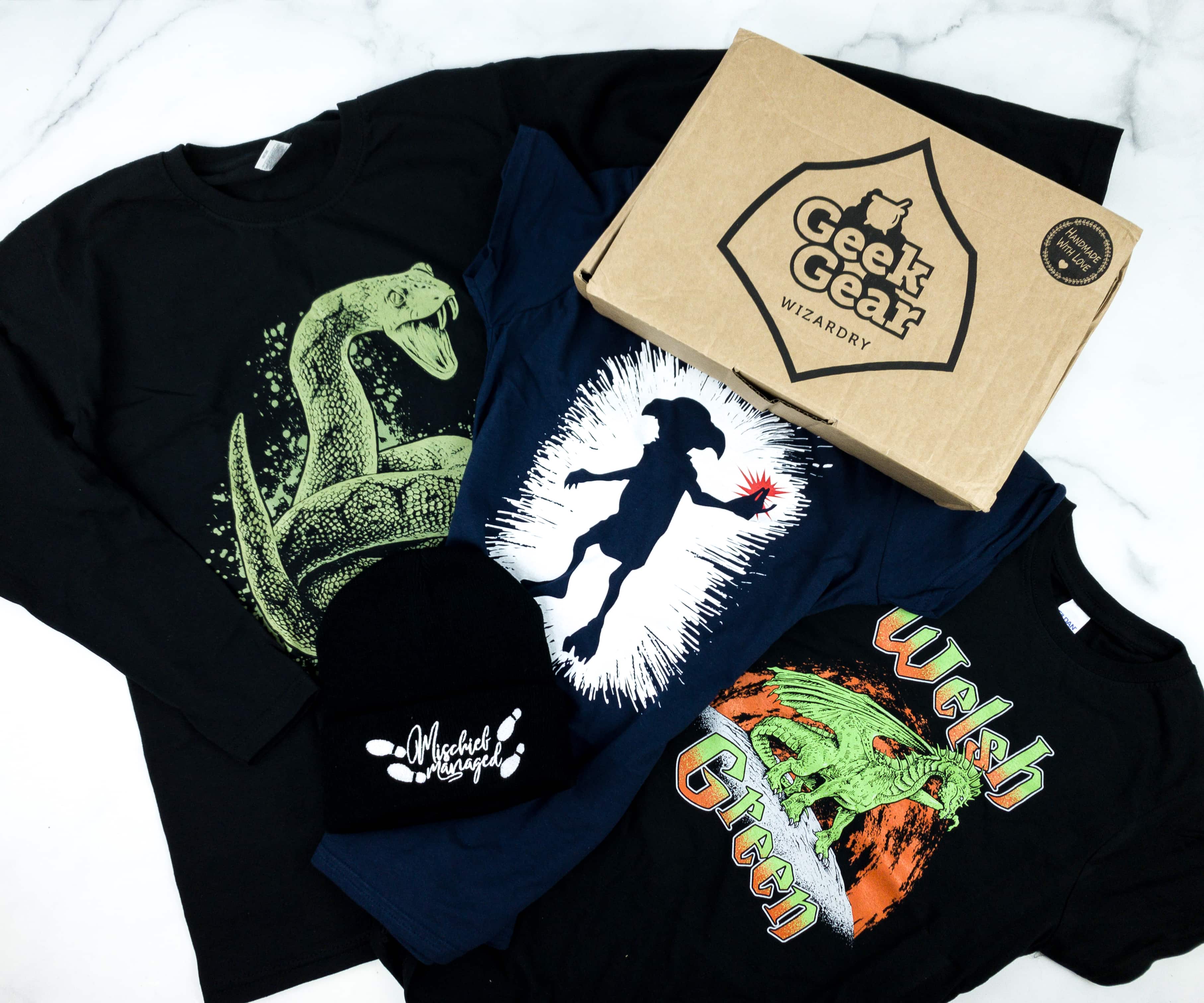 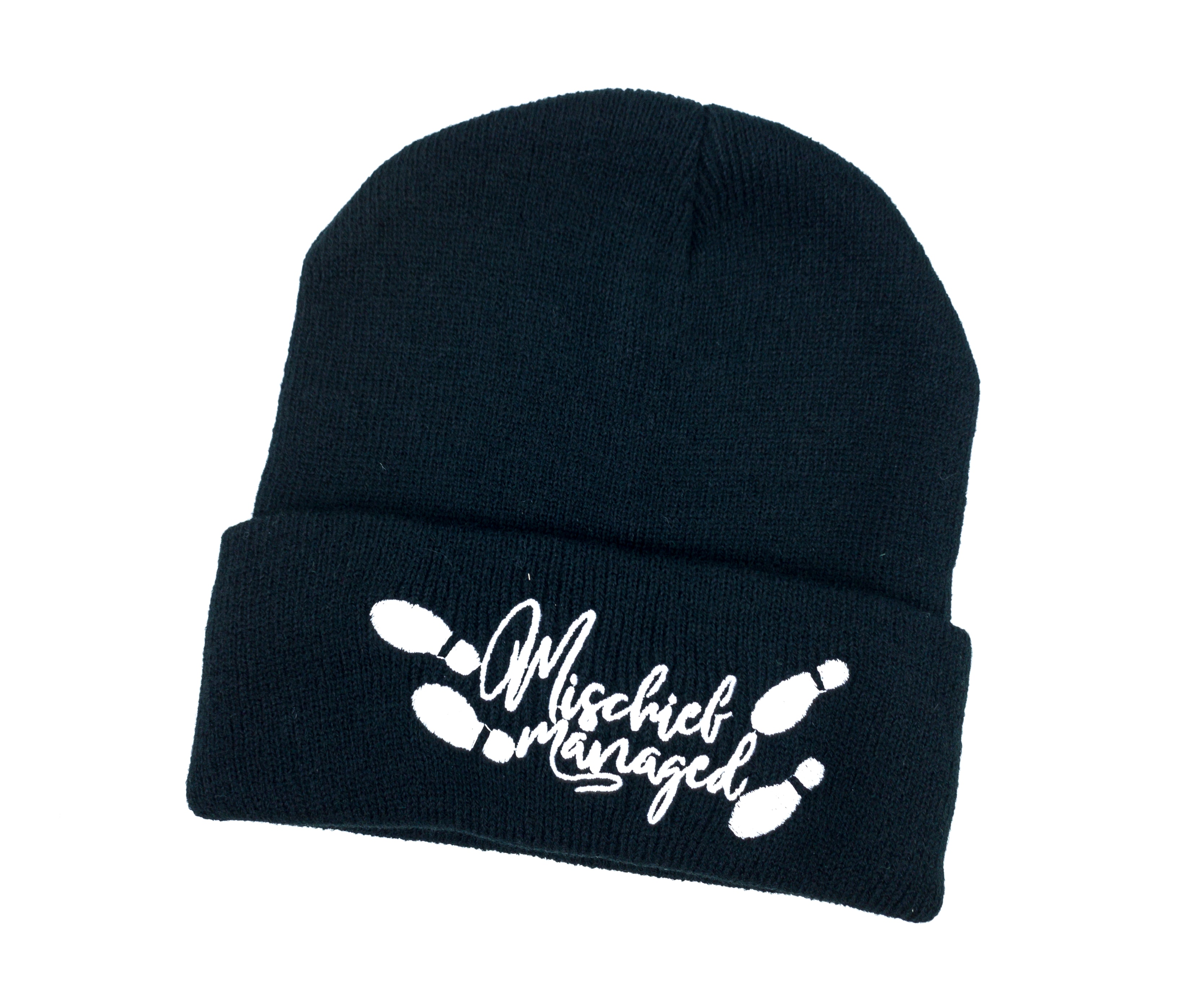 Solemnly Swear Beanie. What better way to keep yourself warm and stylish at the same time than a cute beanie? This one is in black so it can be easily matched with the rest of my wardrobe. 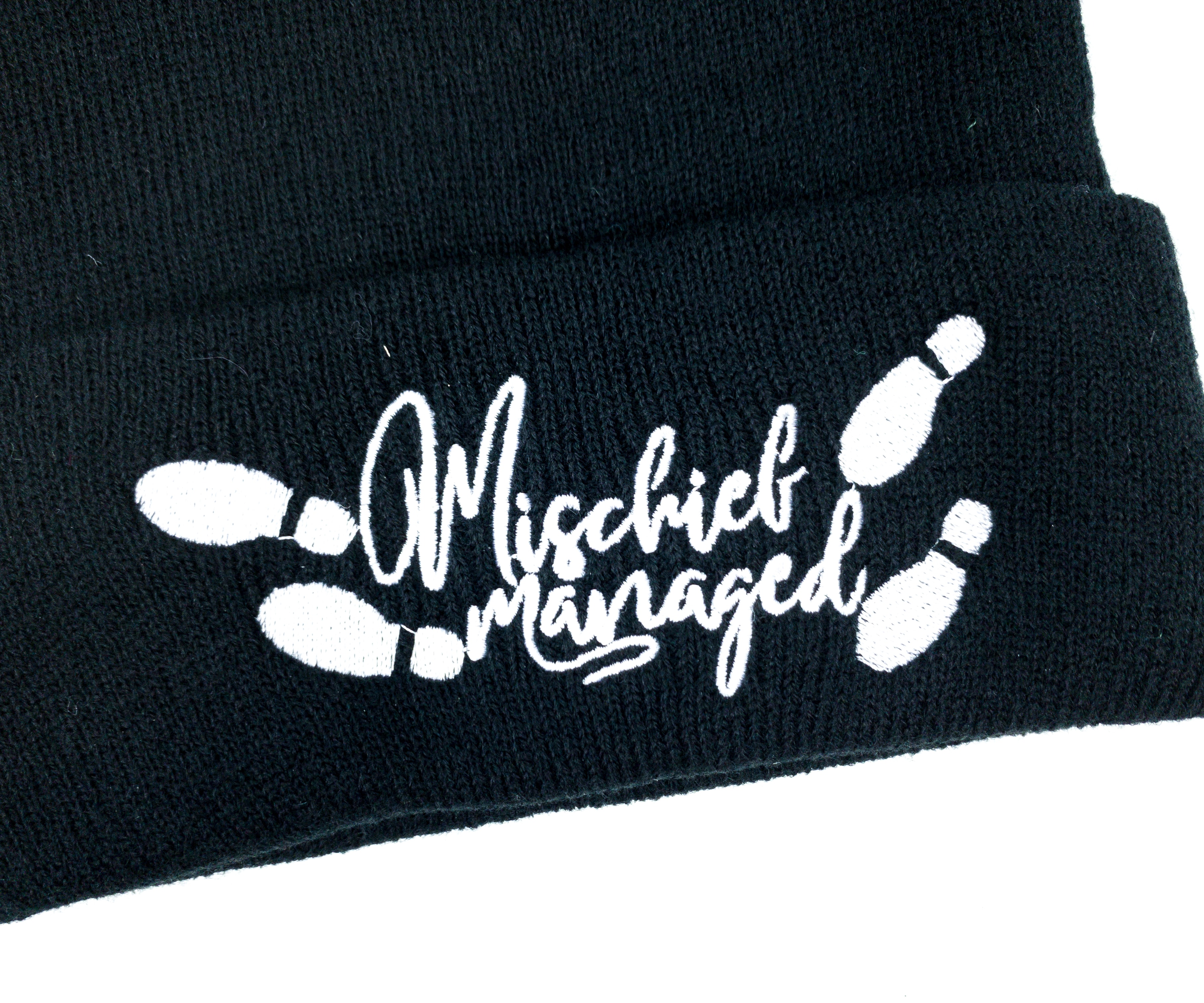 Mischief managed! This popular phrase from Harry Potter and the Prisoner of Azkaban is embroidered on the beanie along with two pairs of footsteps, just like those you’d find in the Marauder’s Map. 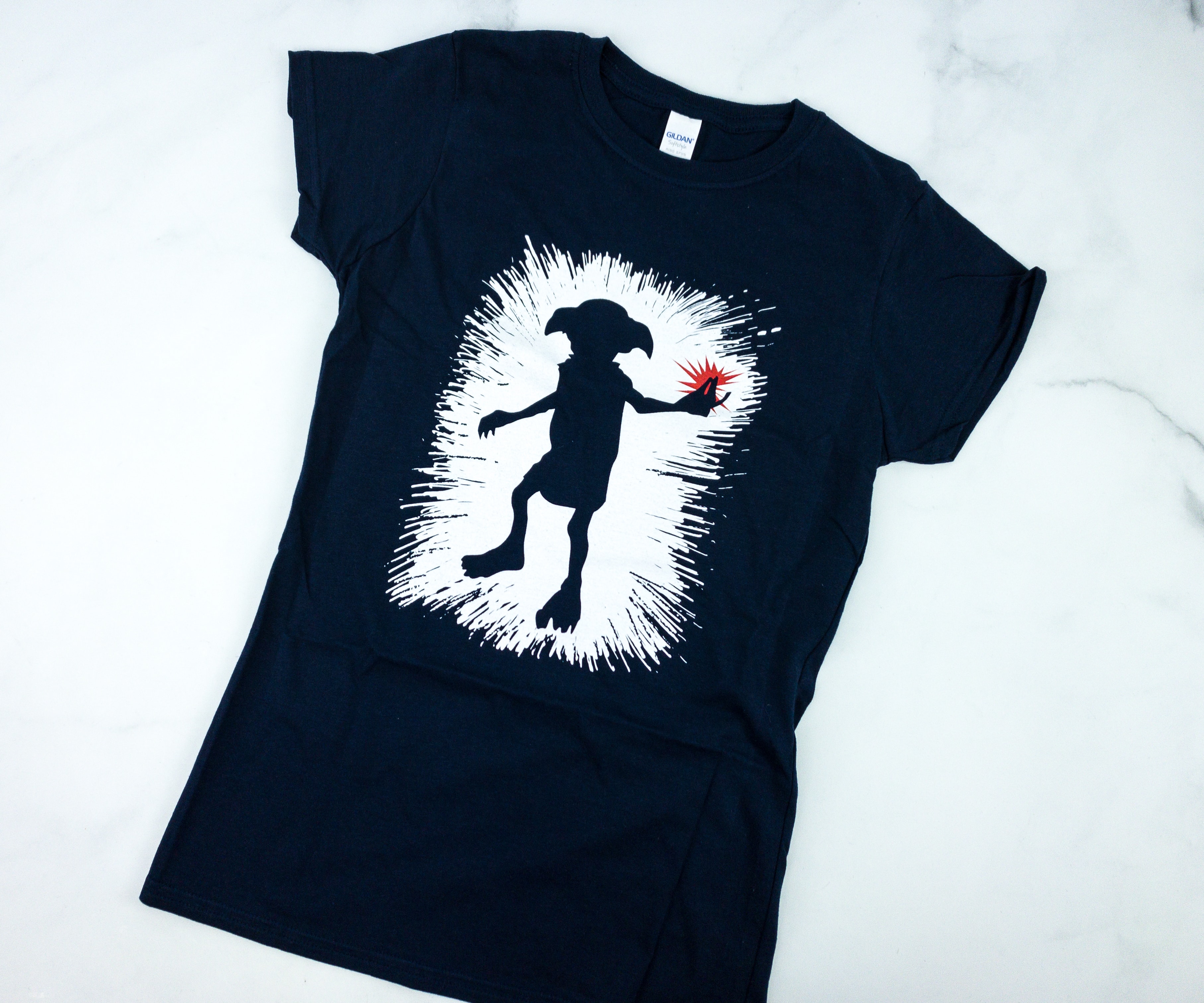 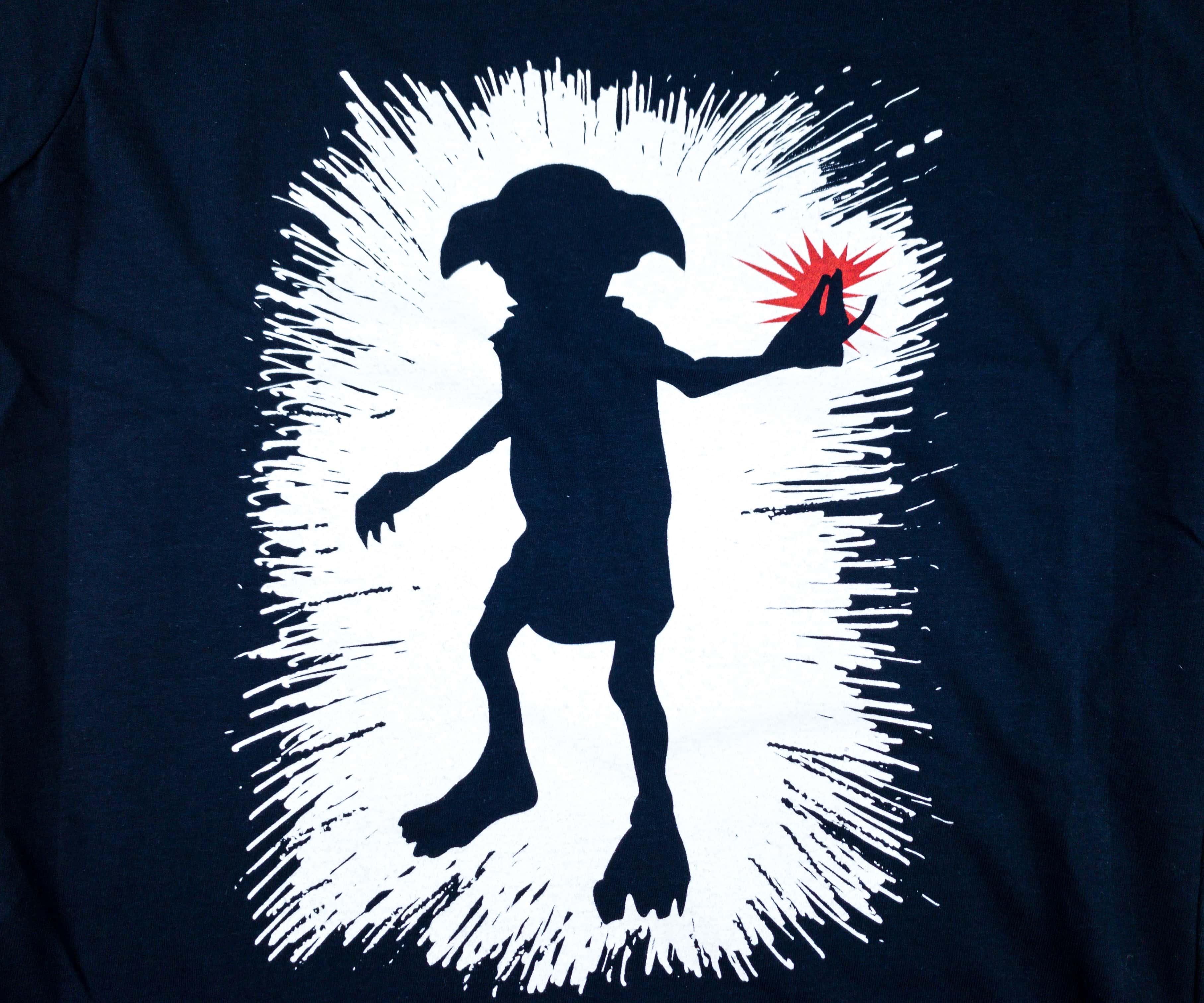 The print features a silhouette of a House elf snapping its fingers, over what seemed like white paint splashes. Only the snapping fingers has a pop of color that easily draws one’s attention to it. So awesome! 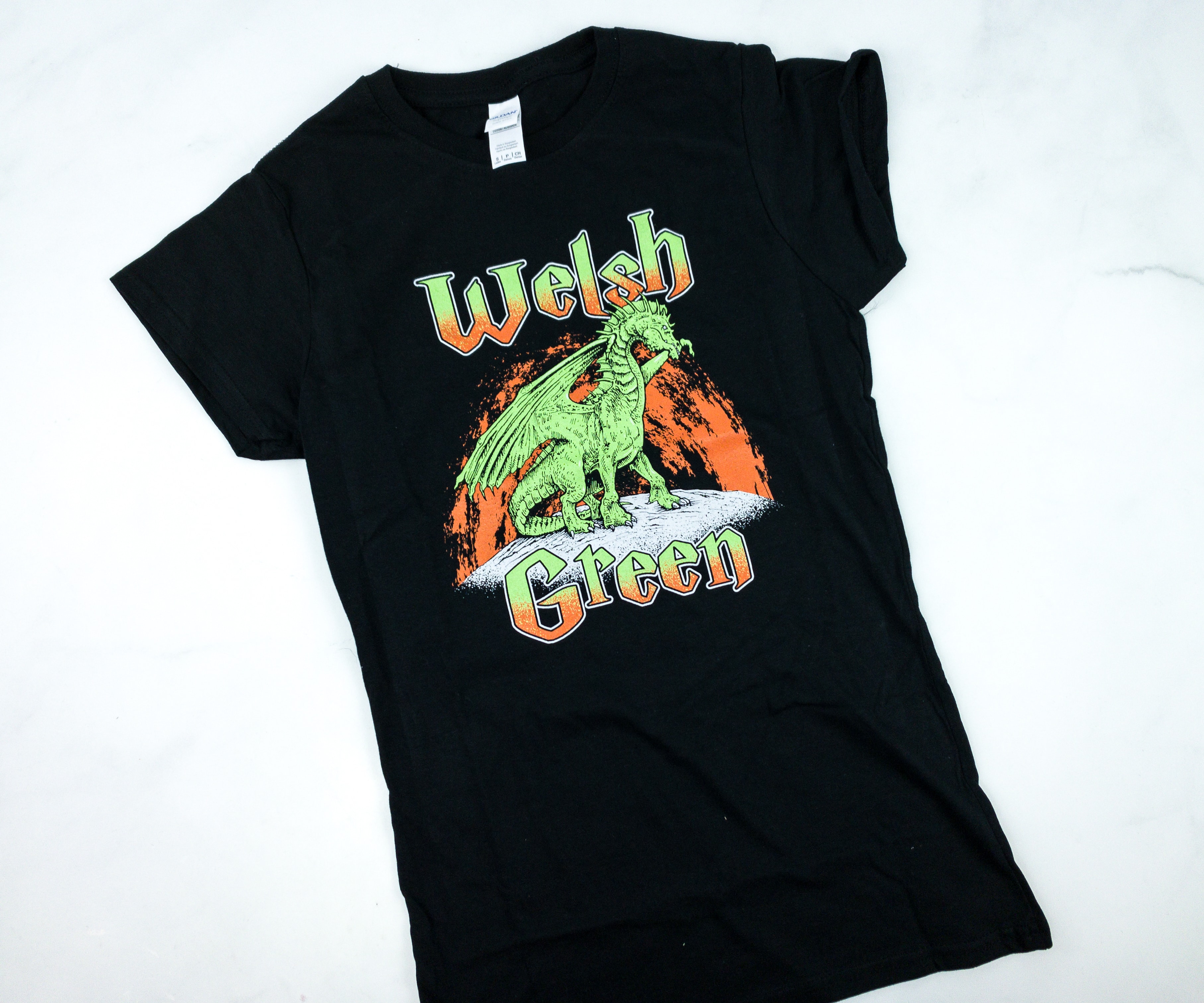 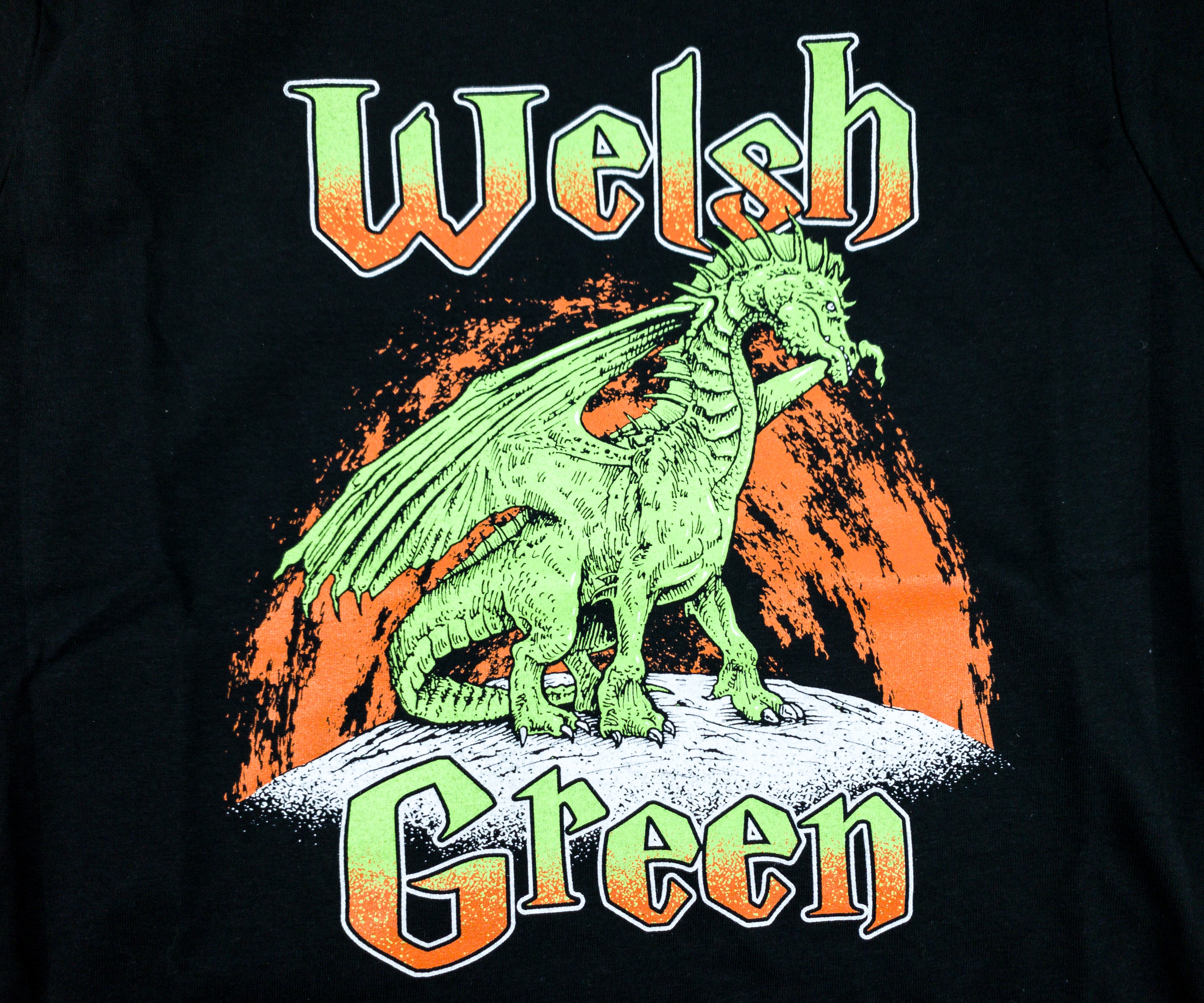 The details of the print are amazing. Great choice of colors as well. Never thought light green and orange would look great but there they are. The print surely stands out from the black fabric. 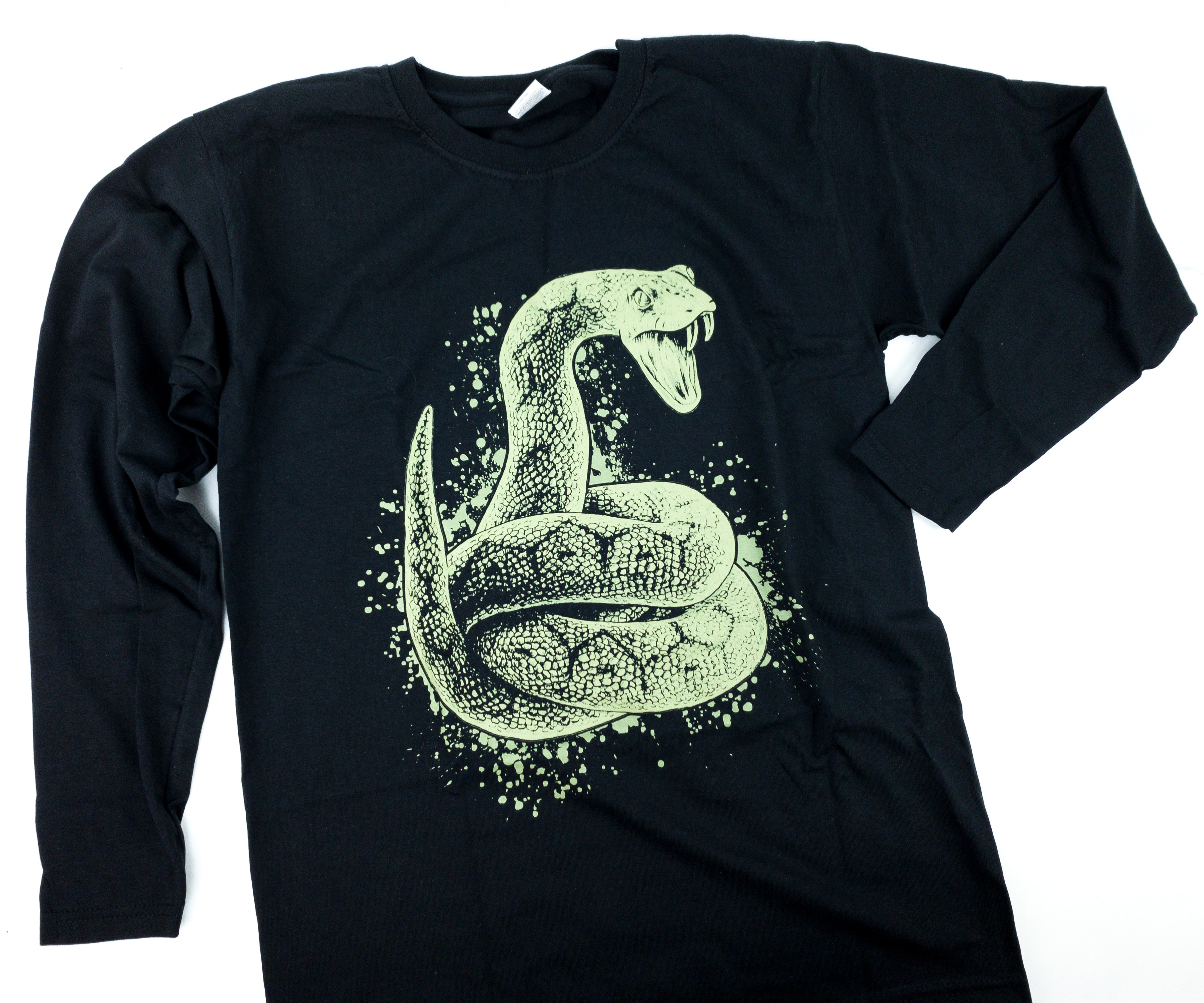 Nagini Long Sleeve T-Shirt. We also got a long-sleeved top, still in black. It has yet another mesmerizing print and we’re here for it! It’s Nagini, the Maledictus cursed to be a snake. 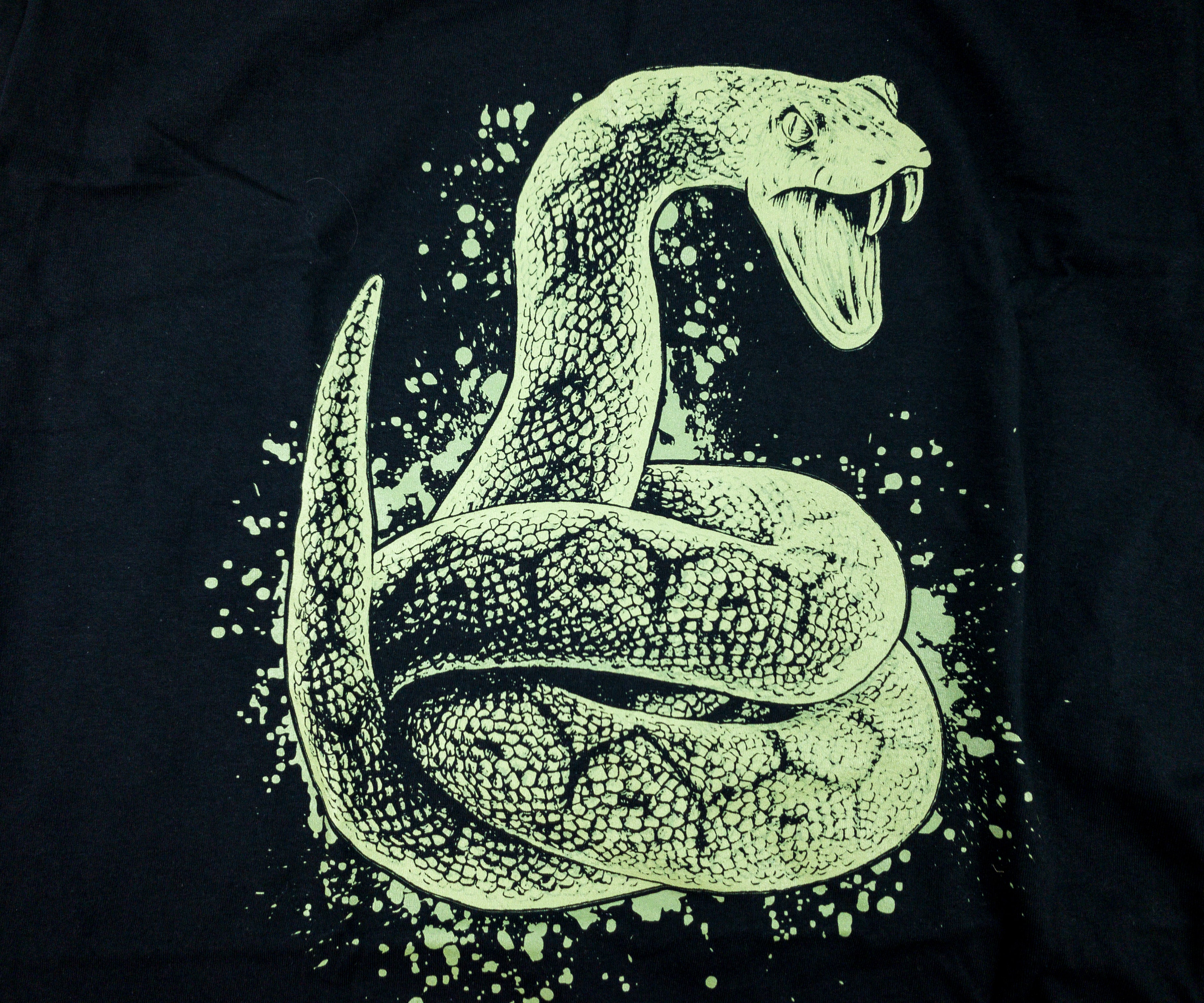 Nagini looks really scary, huh? I’m impressed with the 3D-like details of the print. The light green color also makes it stand out.

WOW! This bunch of wearables is definitely one of the best I’ve seen so far! We have 2 shirts and 1 long-sleeved shirt plus a beanie and they’re all in black. The prints are also magical and definitely fitting for this Harry Potter subscription. If you’re like us who can’t get enough of Harry Potter merchandise, Geek Gear of World Wizardry is your best bet! We look forward to their awesome and high-quality wearables monthly!