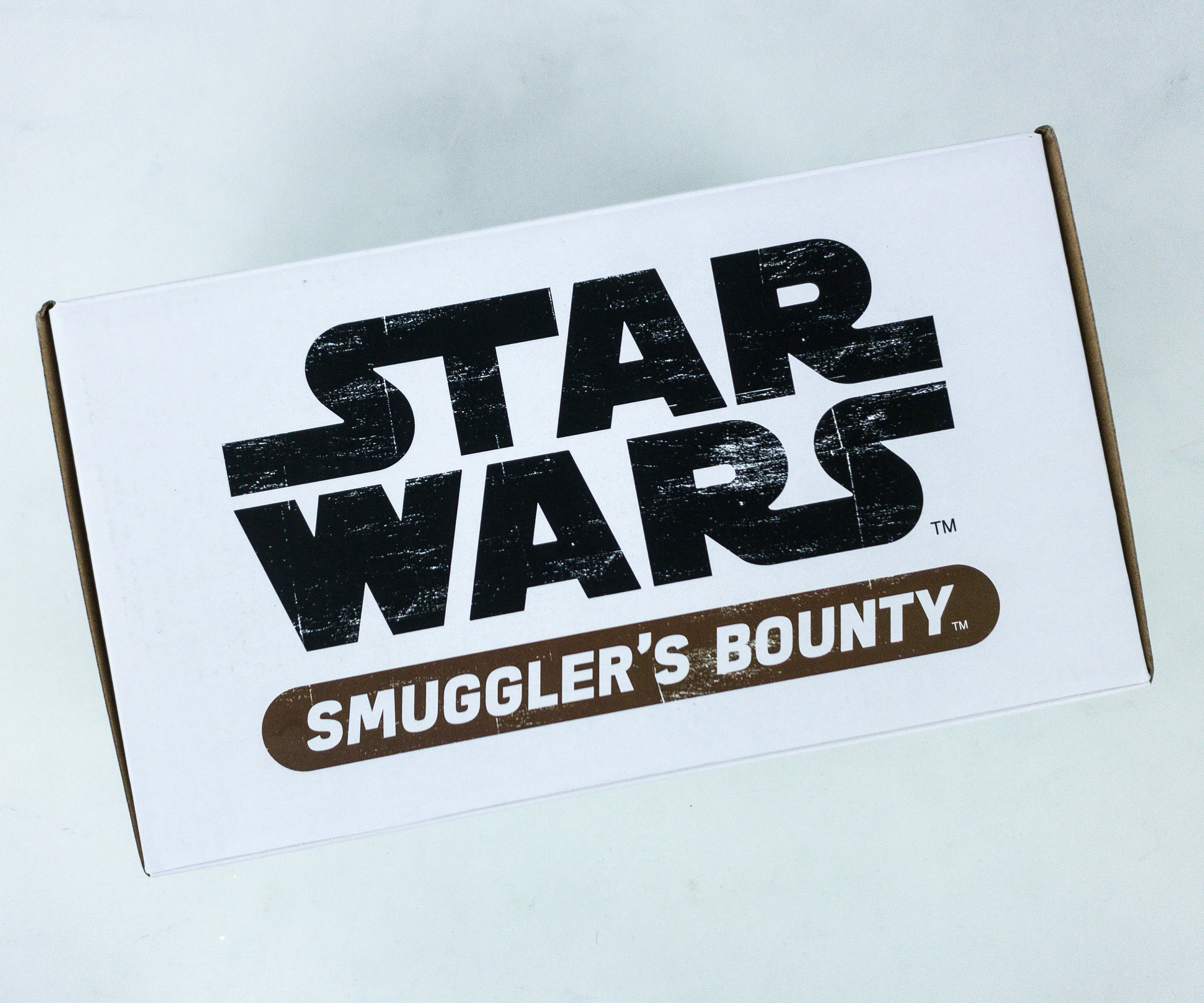 This is the very last box!

Your subscription will be automatically canceled on January 23, 2020. No further action is required by you.

As a wise Jedi Master once said, “No one’s ever really gone…” so keep an eye out for more exciting Star Wars products coming soon from Funko and Amazon. In the meantime, if you have not collected all the themes in the Star Wars Smuggler’s Bounty Series, you can visit the Funko store on Amazon to buy prior boxes available for sale as single boxes.

We appreciate your business and look forward to serving you again in the near future. 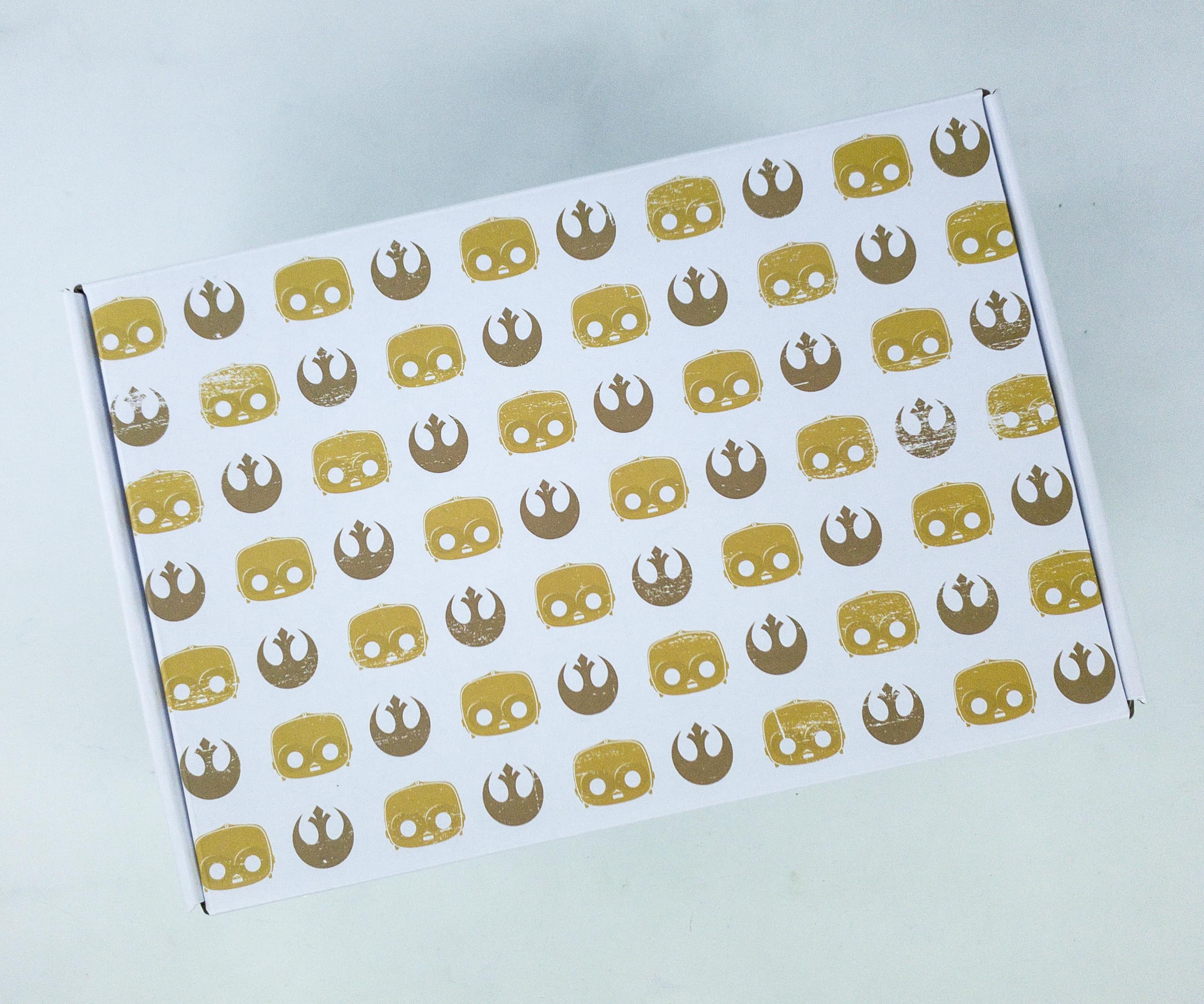 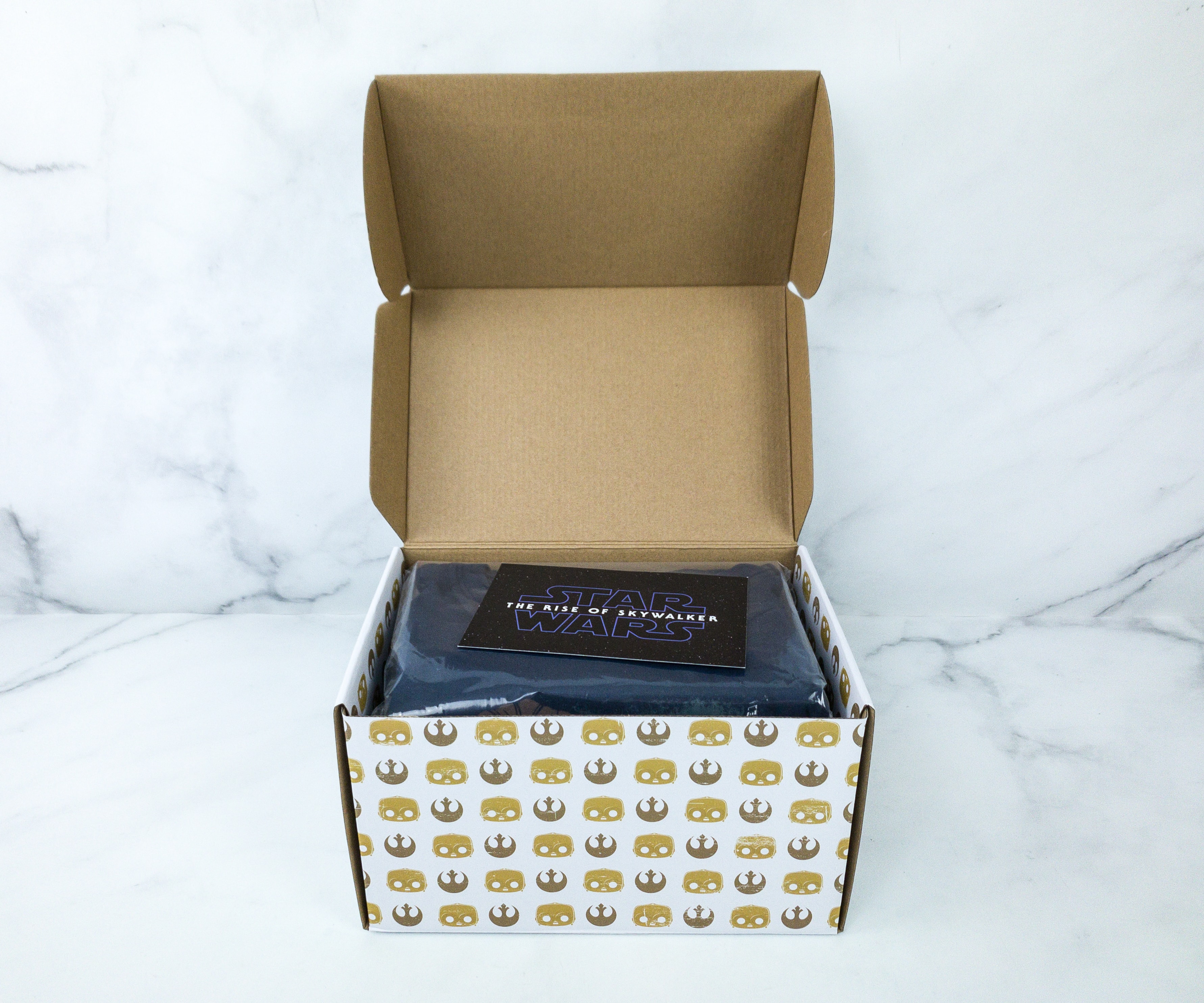 The box is full to the brim! 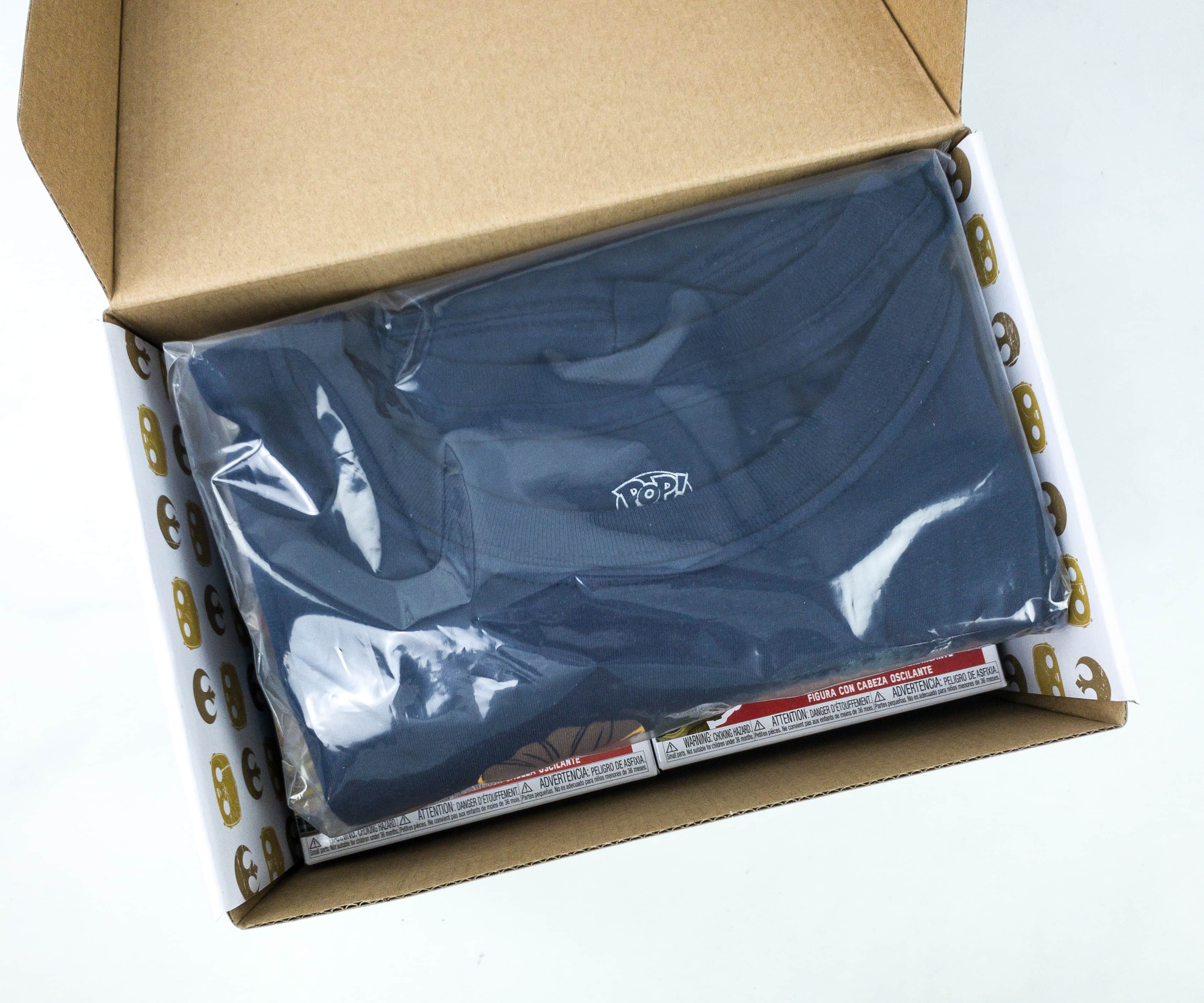 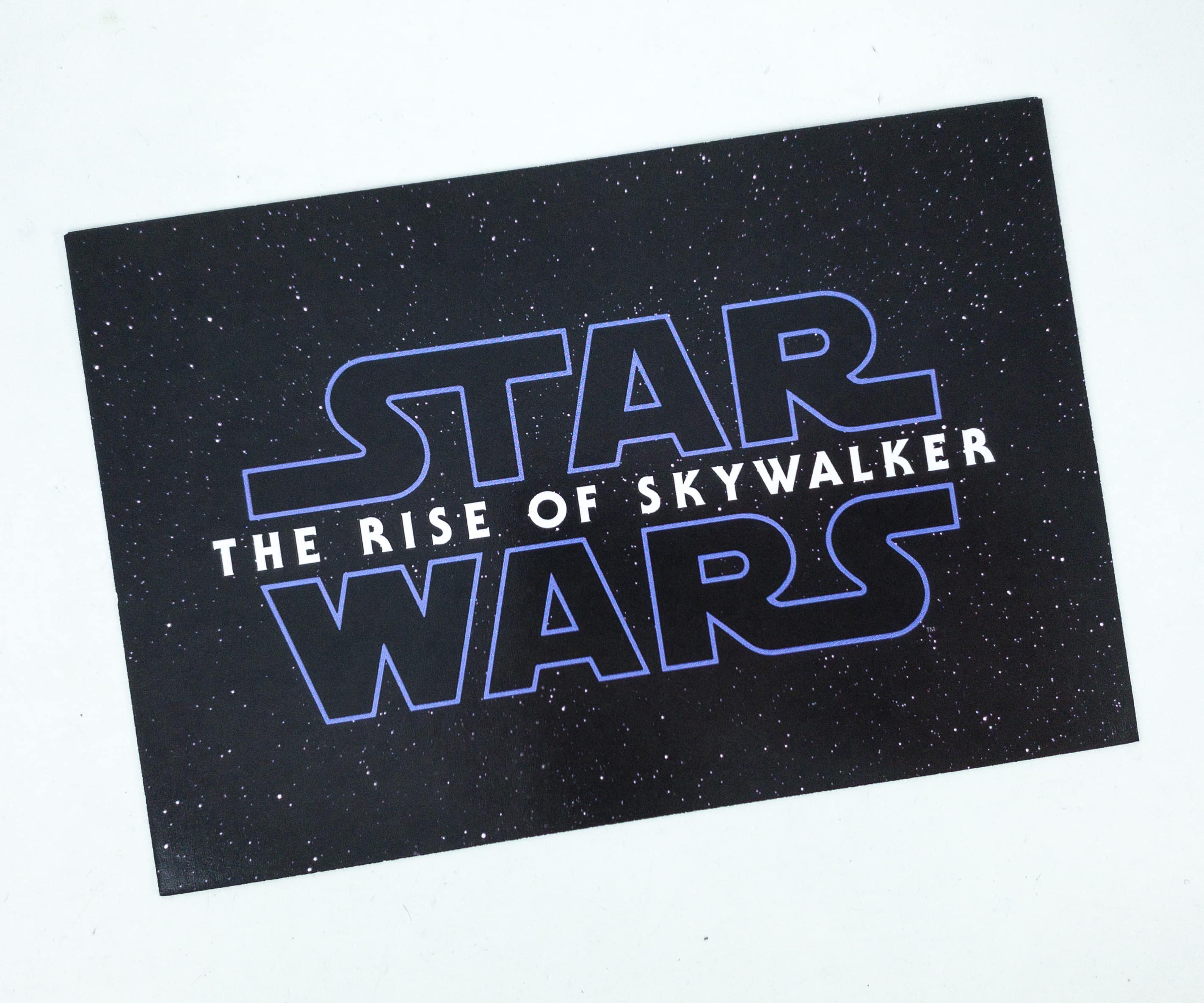 The theme for this month was THE RISE OF SKYWALKER! 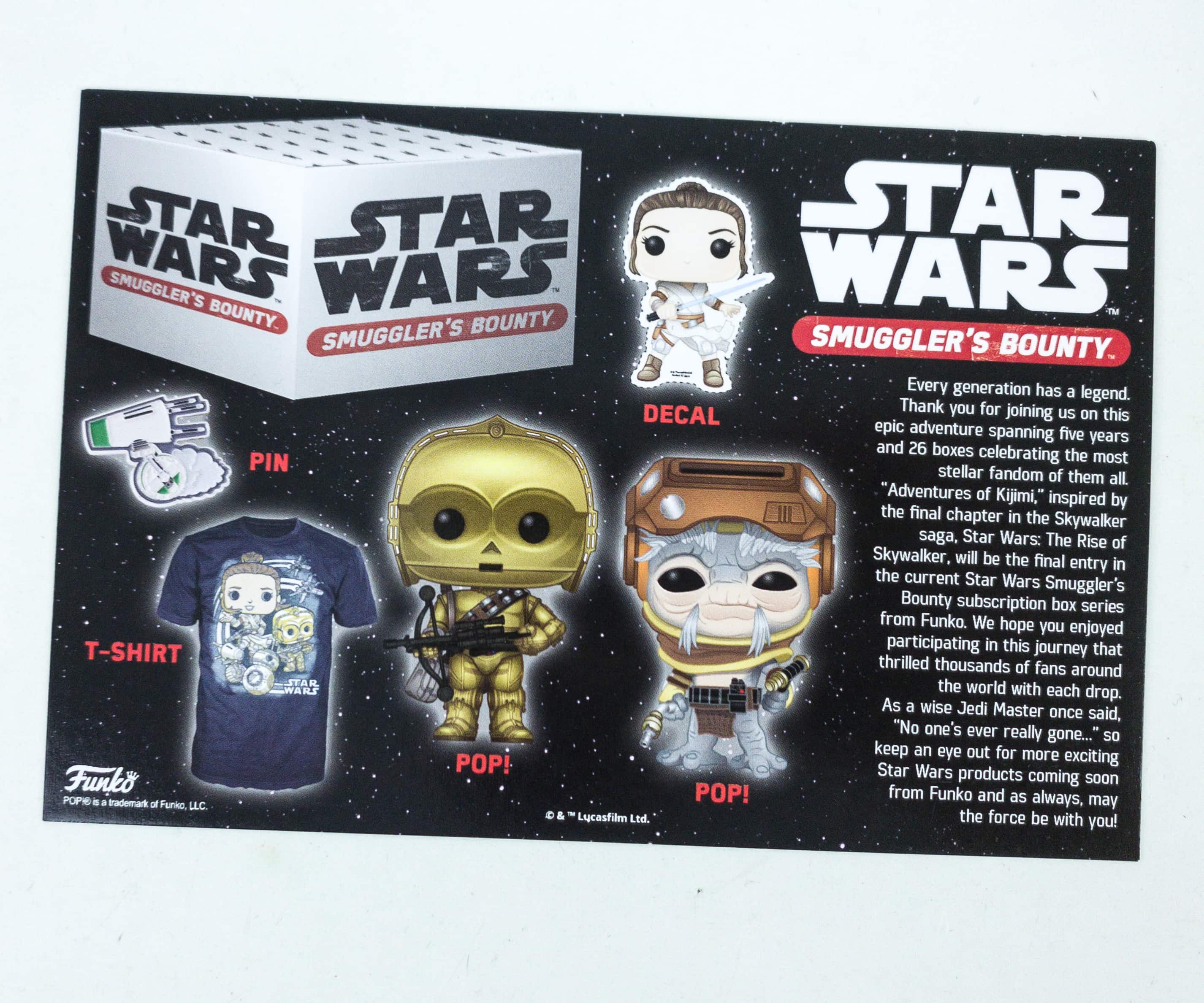 The info card lists all the contents of this month’s box. 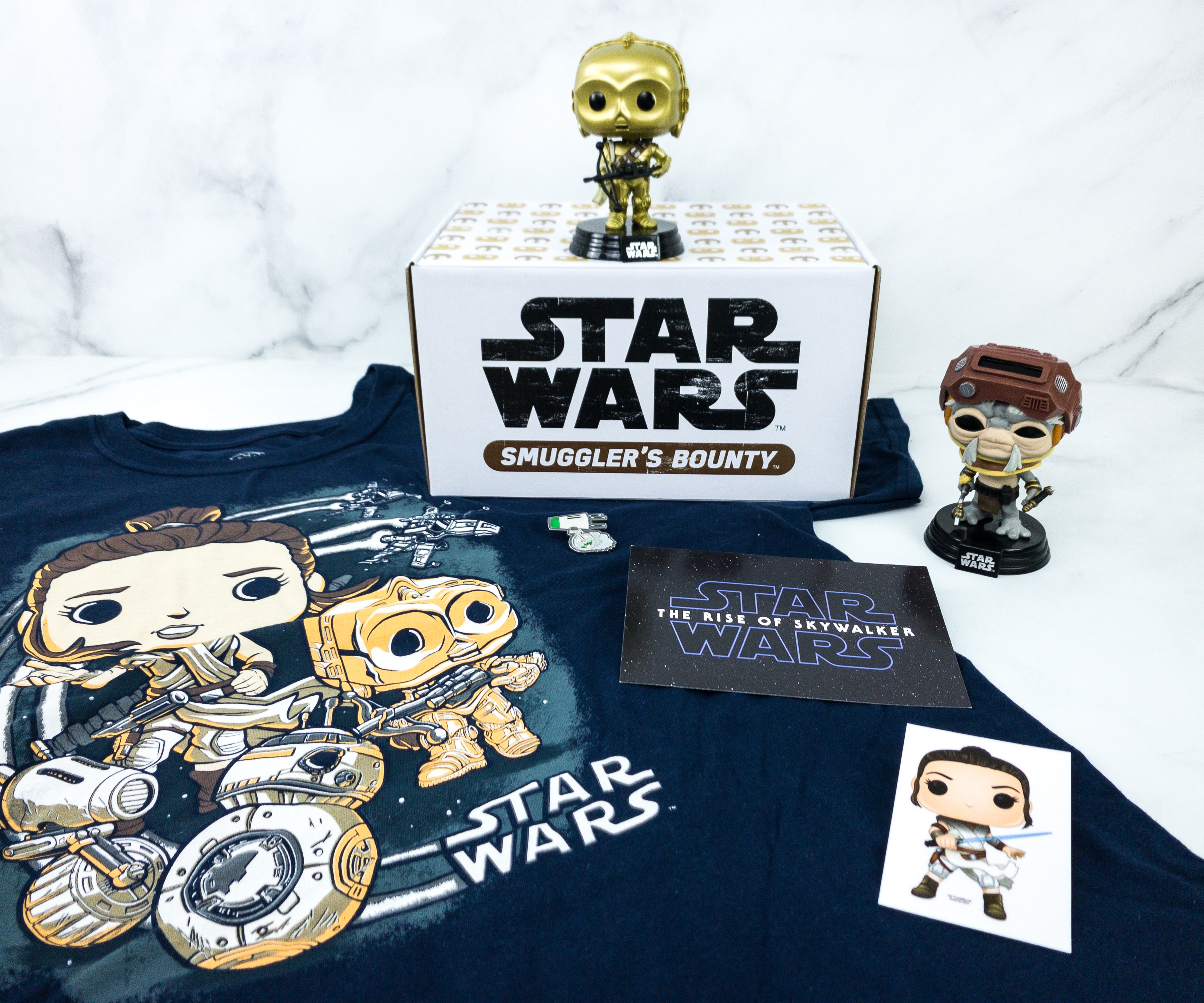 Everything inside the December 2019 Smuggler’s Bounty Star Wars box! 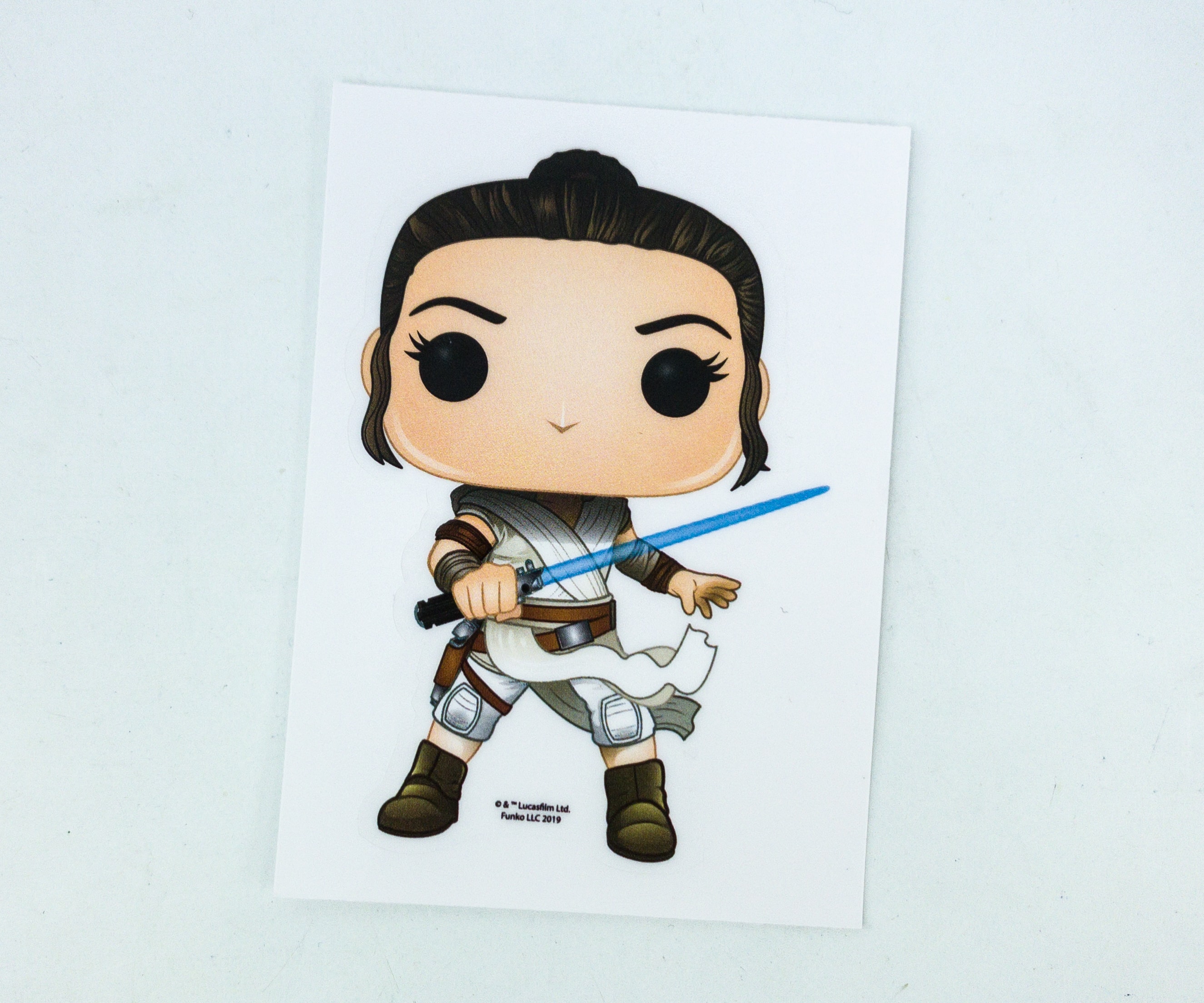 Decal. This month’s decal features a POP! version of Rey. Rey is a Jakku scavenger, a survivor on a harsh desert planet. She’s holding a blue lightsaber on this one, and this will look cool attached to a flat surface like gadgets, laptops, notebooks, and more! 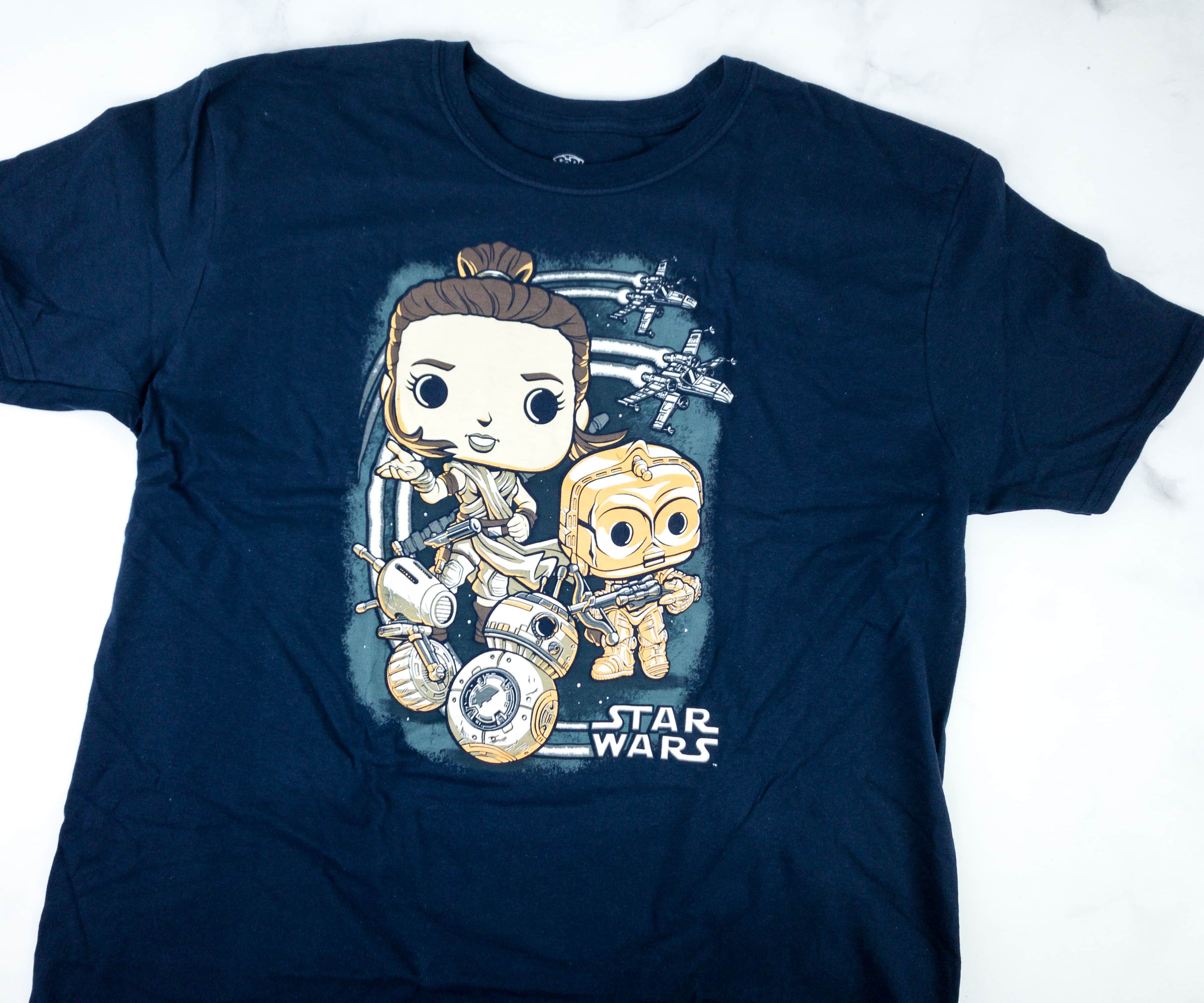 T-Shirt. The dark-blue shirt this month again features Rey, but this time, she’s accompanied by the droids! 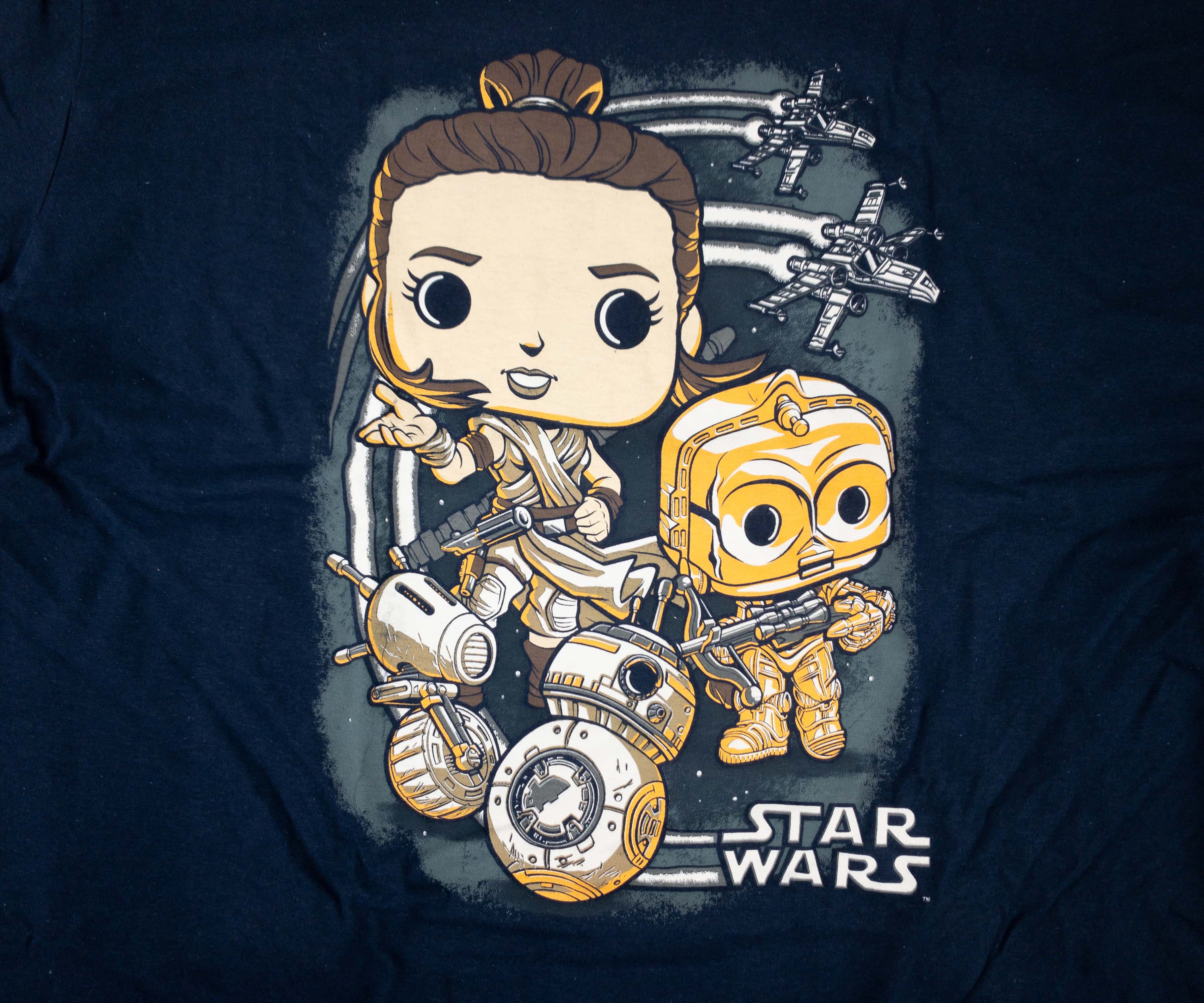 There’s BB-8, C-3PO, and New Droid D-O, and some X-Wing Starfighters above them. 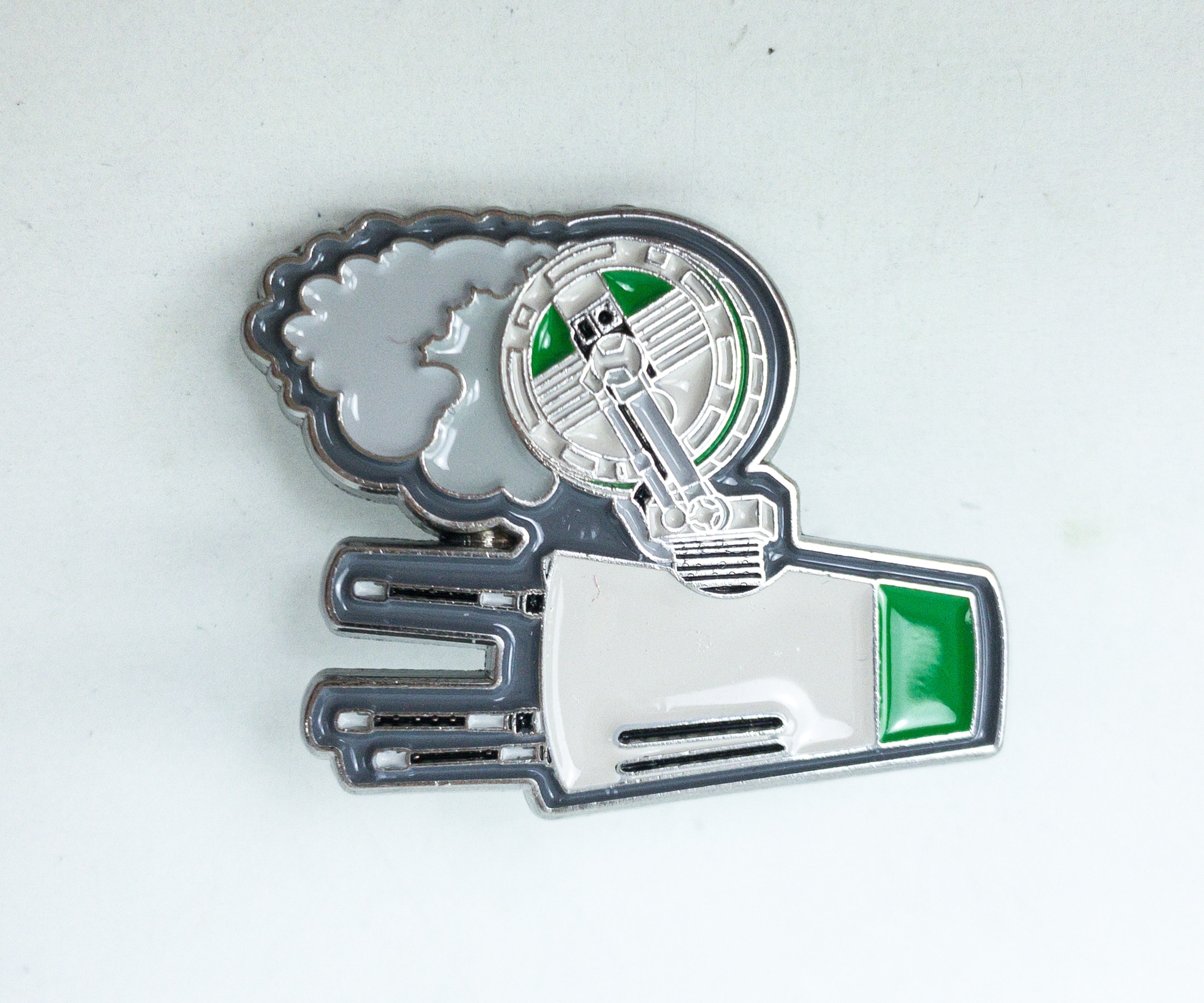 Pin. The pin this month features the new droid D-O from Star Wars: Episode IX The Rise of Skywalker. D-O is a droid that was once owned by the Sith assassin Ochi of Bestoon. 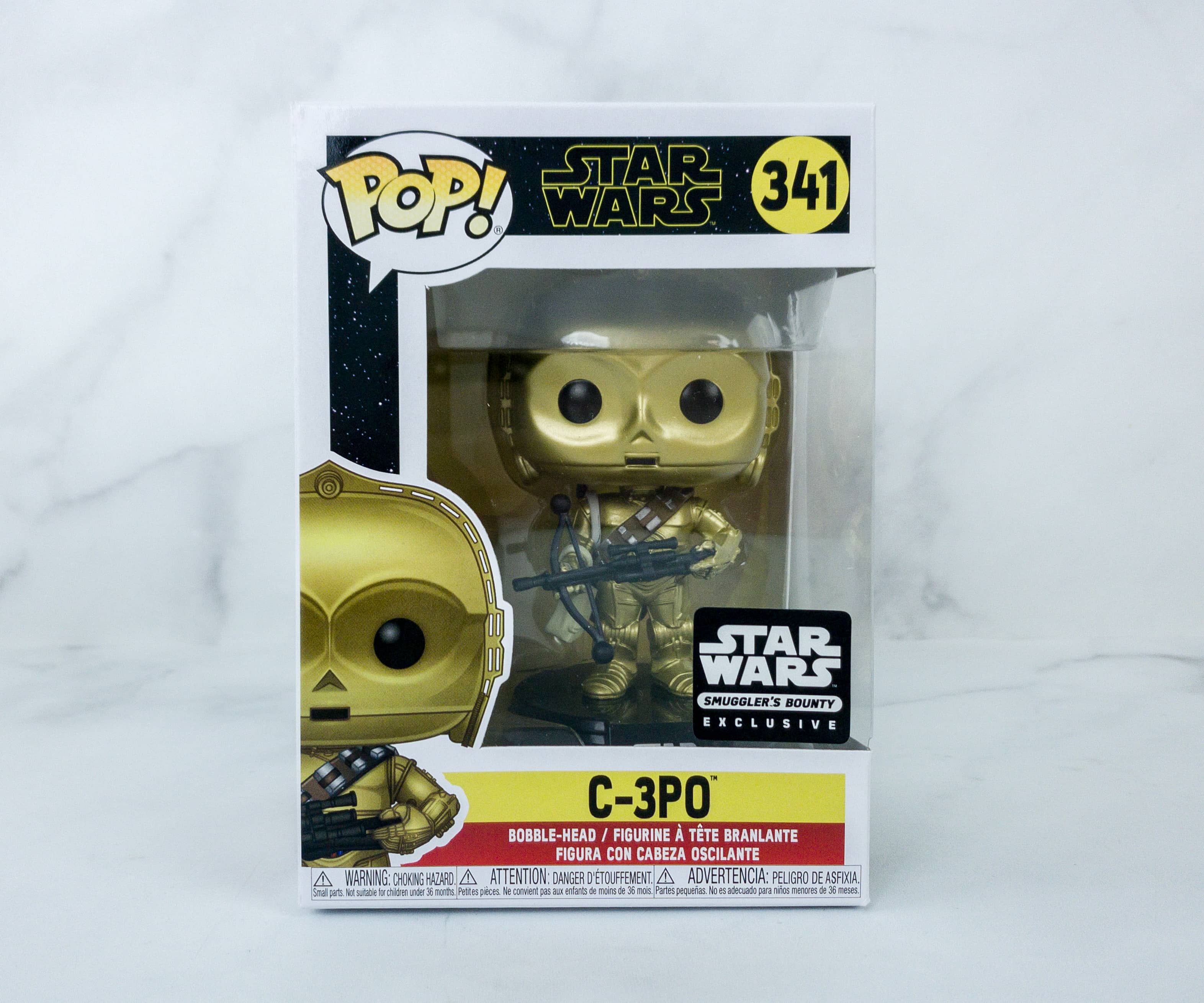 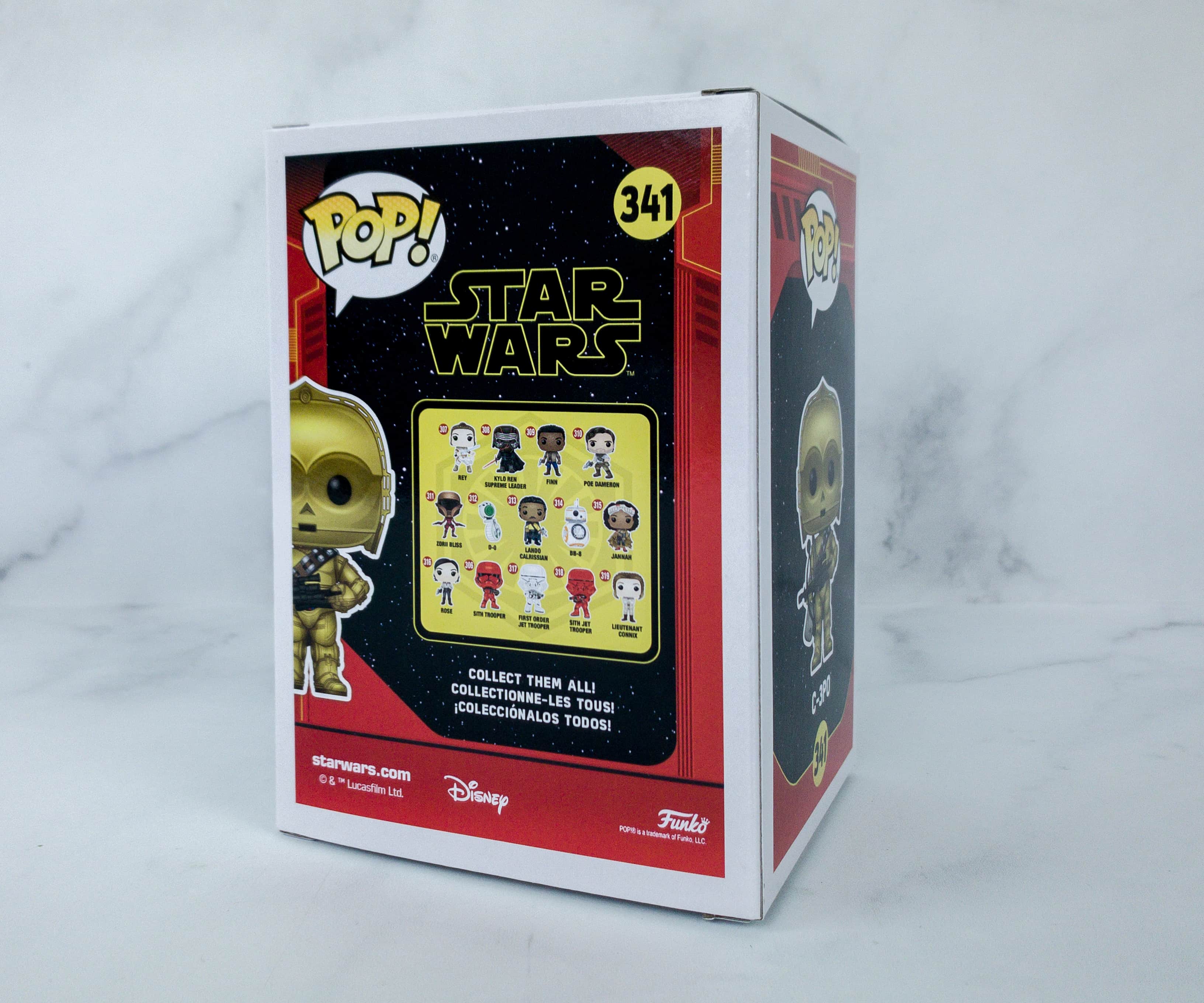 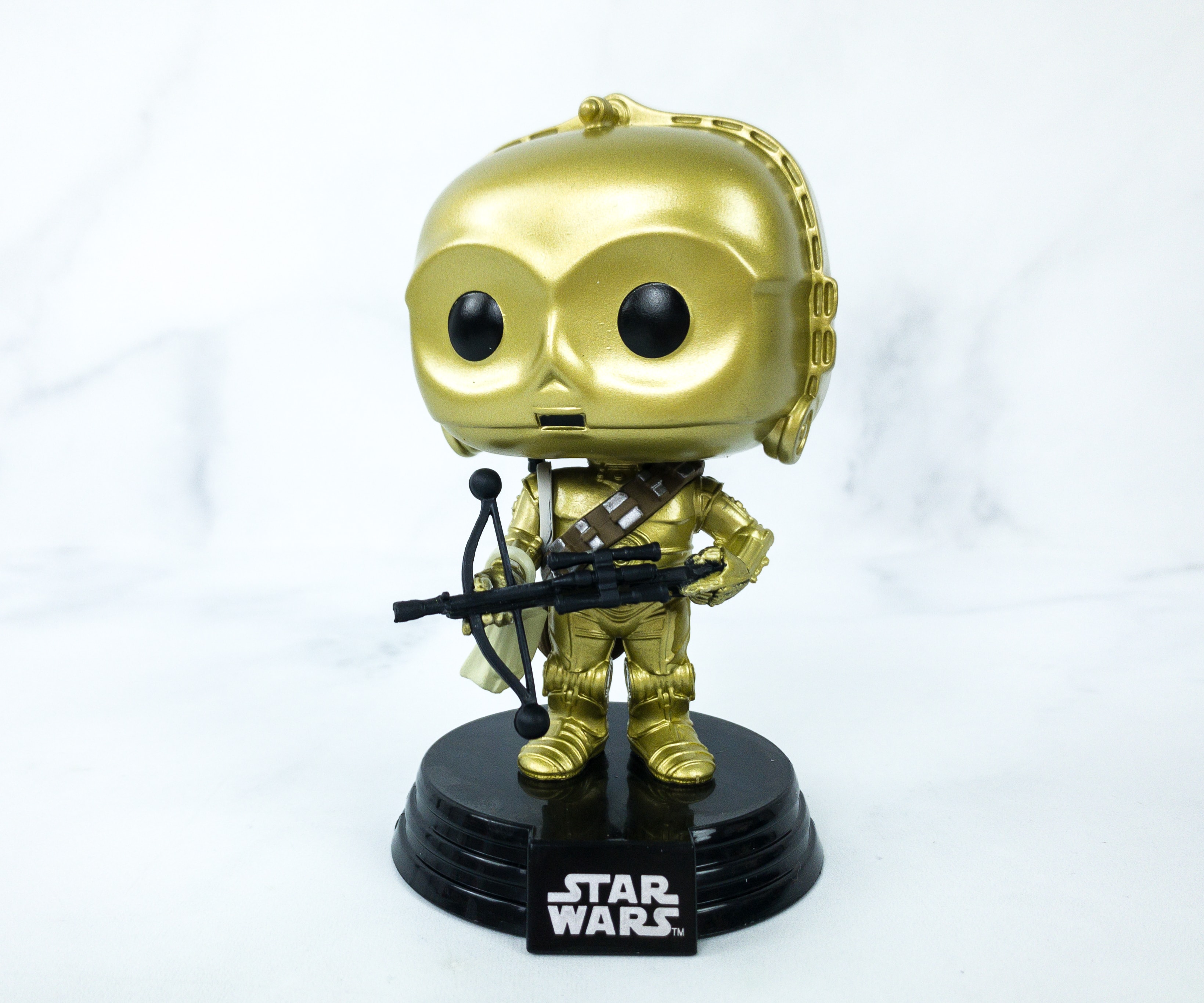 C-3PO, sometimes spelled See-Threepio and often referred to simply as Threepio, was a 3PO unit protocol droid designed to interact with organics, programmed primarily for etiquette and protocol. He was fluent in over six million forms of communication, and developed a fussy and worry-prone personality throughout his many decades of operation. Along with his counterpart, the astromech droid R2-D2, C-3PO constantly found himself directly involved in pivotal moments of galactic history, and aided in saving the galaxy on many occasions. 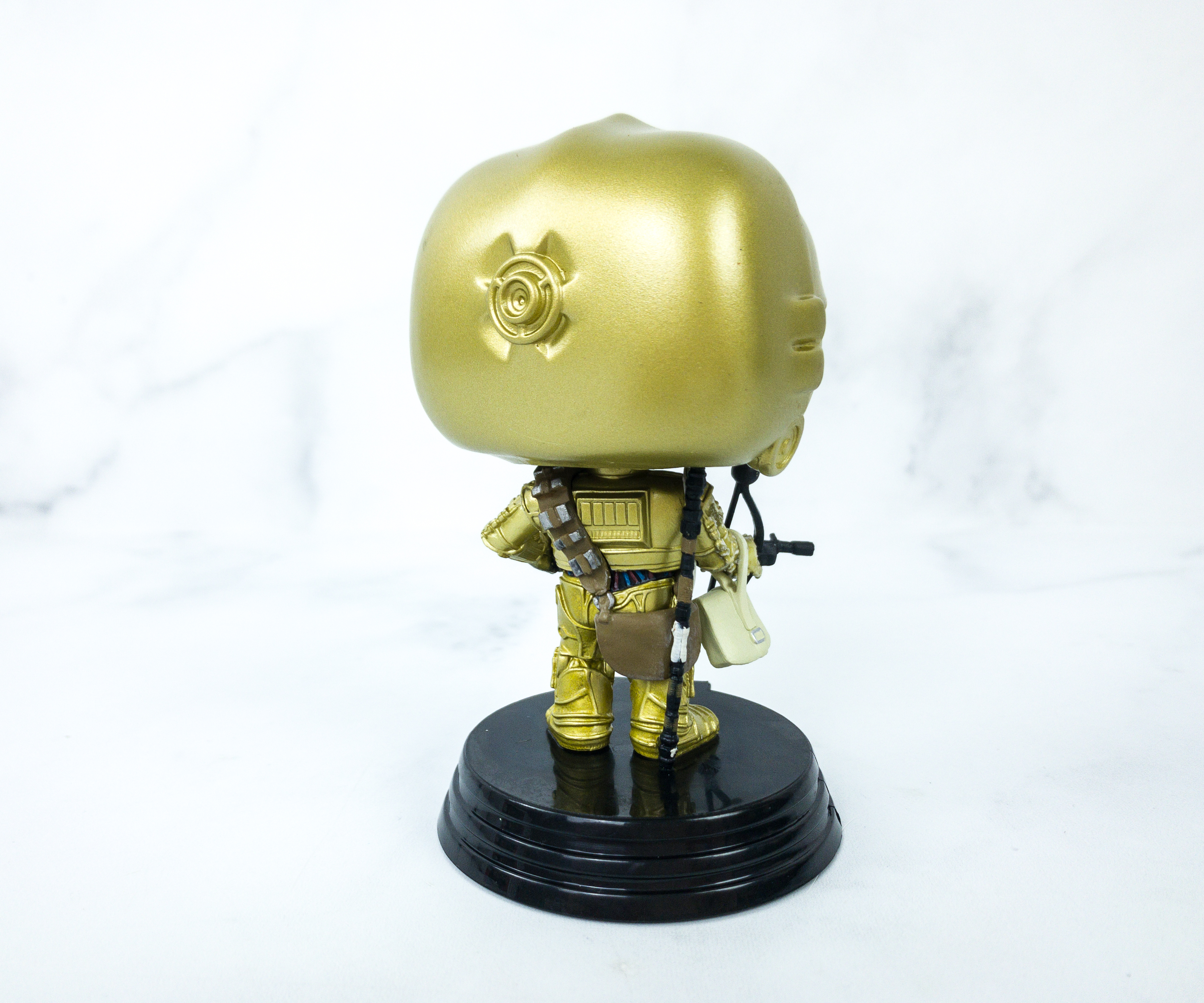 C-3PO was also rebuilt from spare parts by Anakin Skywalker. On this version, he was holding a crossbow while we can also see that he’s holding several bags. 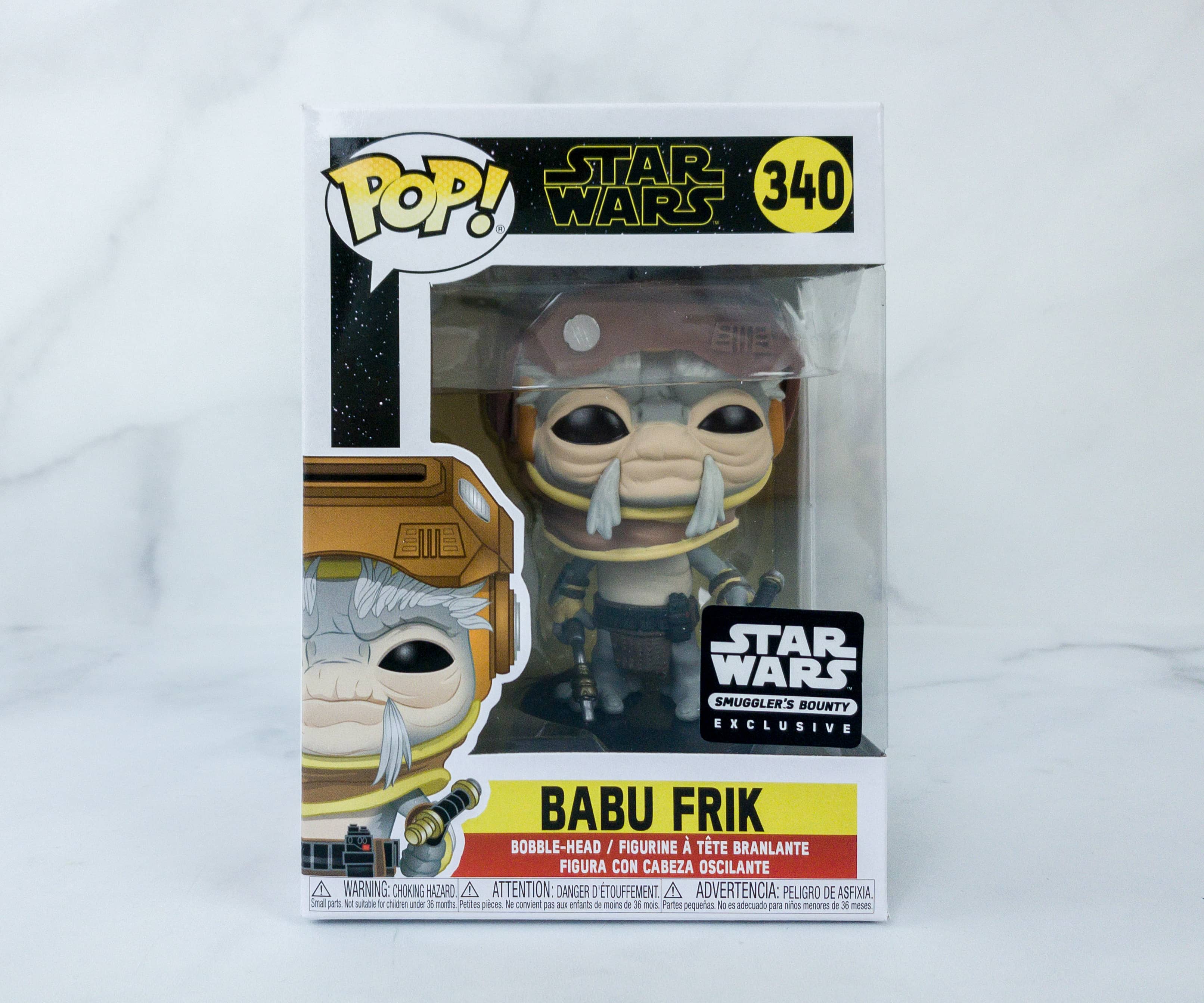 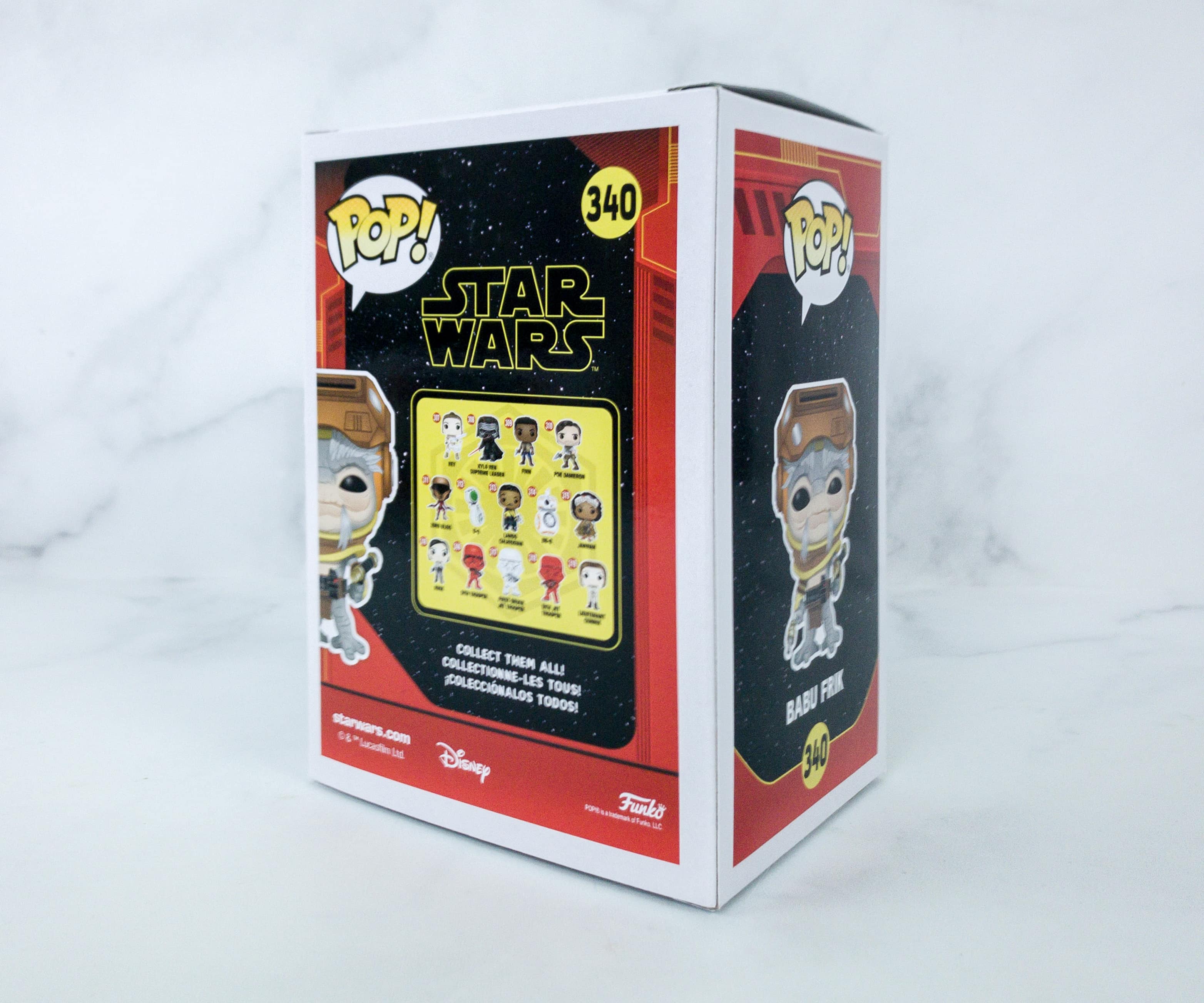 He also belongs to the same line as the C-3PO figure above. I would love to get them all! 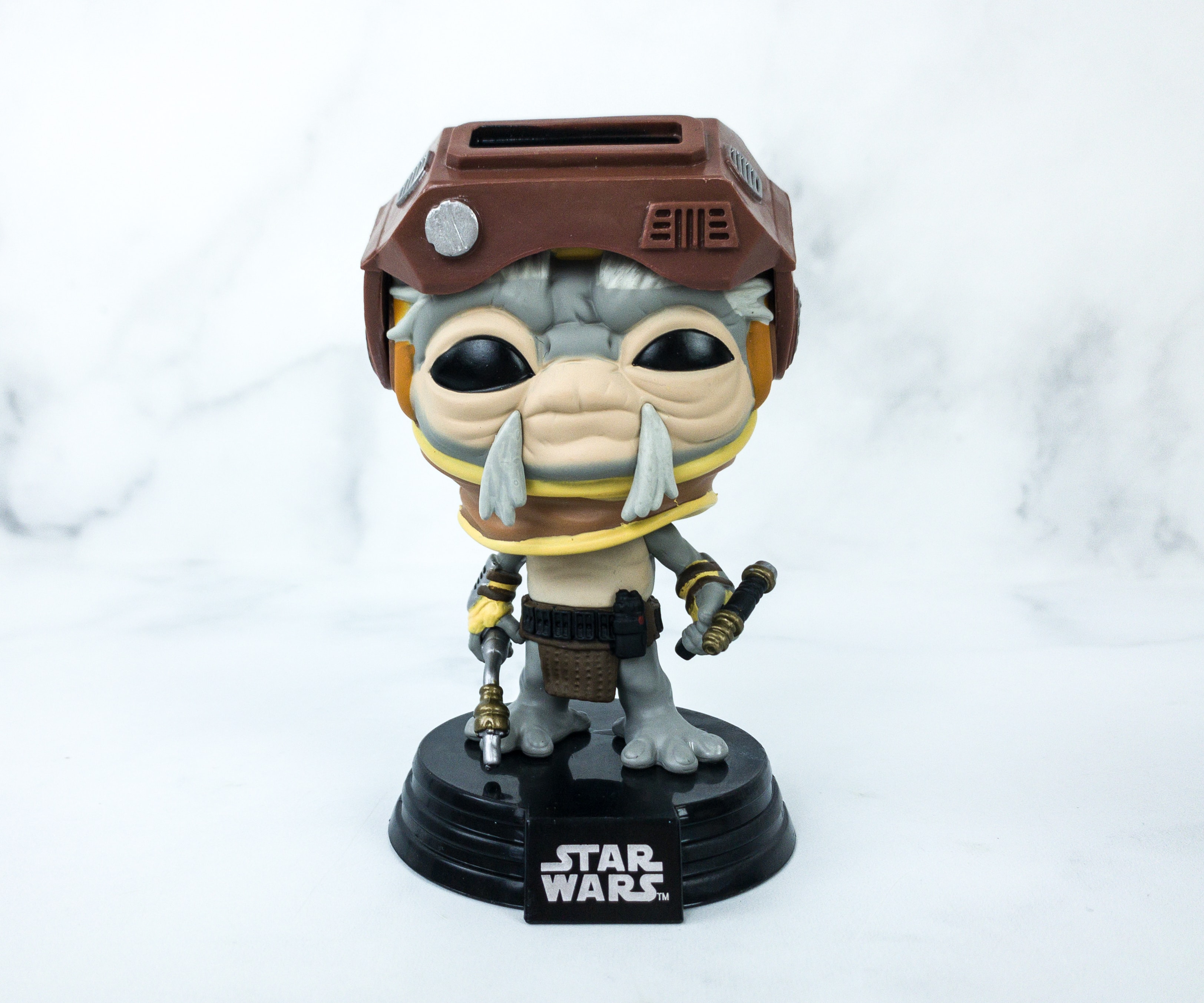 Babu Frik was an Anzellan male who lived during the war between the First Order and the Resistance, working as a droidsmith among the Spice Runners of Kijimi. He could reprogram or modify almost any droid, regardless of its security measures. 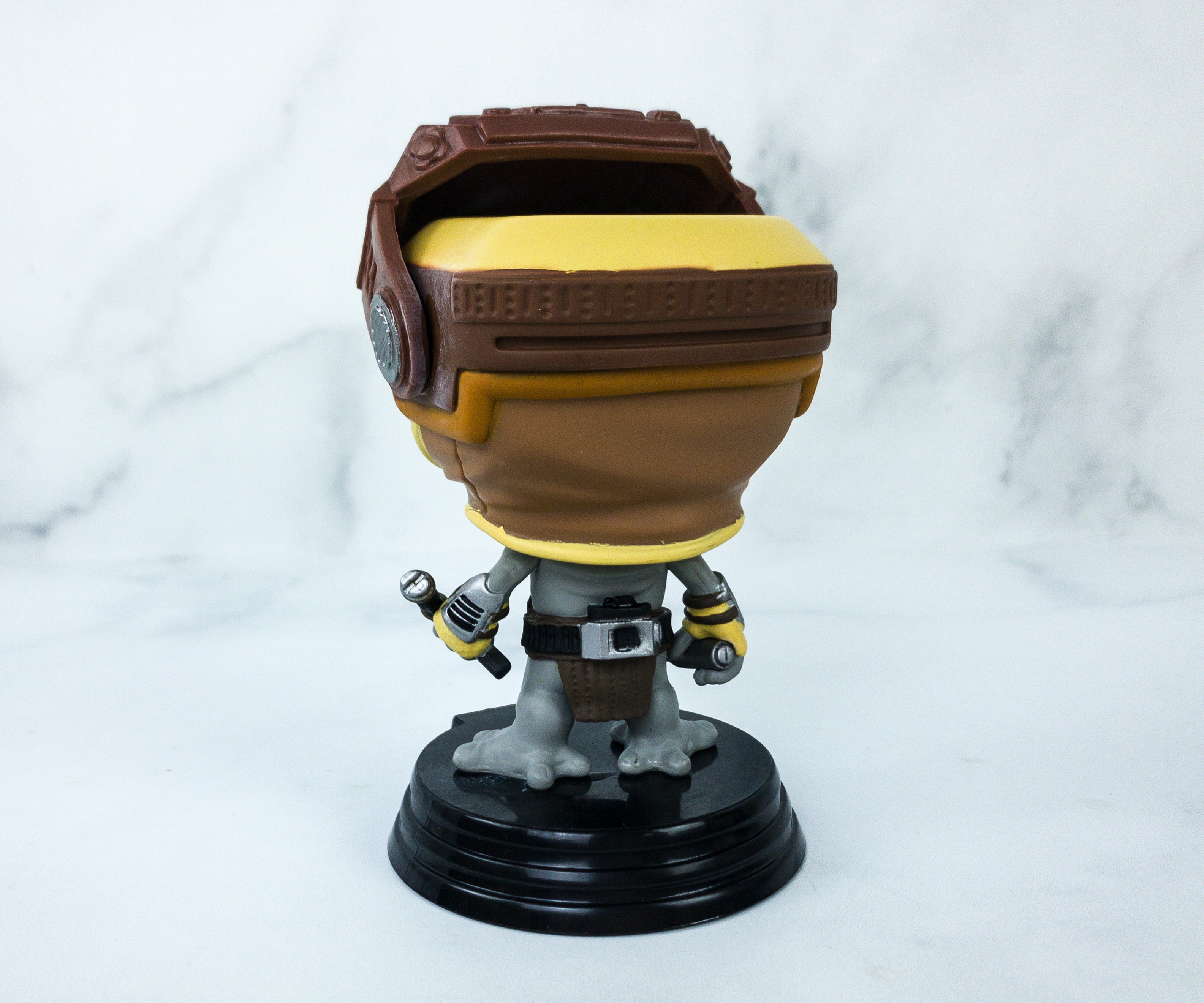 The Anzellan also worked for Zorii Bliss’s crew on the planet of Kijimi before the cold war. He actually looked like an old frog who wears a pilot’s gear.

Episode IX of Star Wars is amazing and I’m glad that they paid homage to it via the Smuggler’s Bounty December 2019 box! It features Rey and the other lovable characters in the recent installment. I’m also a fan of the new droid, D-O! I love the POP! figures but I wish that I also got a Rey one, or Kylo Ren! I am excited about the next box, I know exactly how every Wookie feels after getting this box. It’s exciting to get all these new stuff, but at the same time, it makes me feel sad knowing that the subscription is over!

What do you think about the December 2019 box?