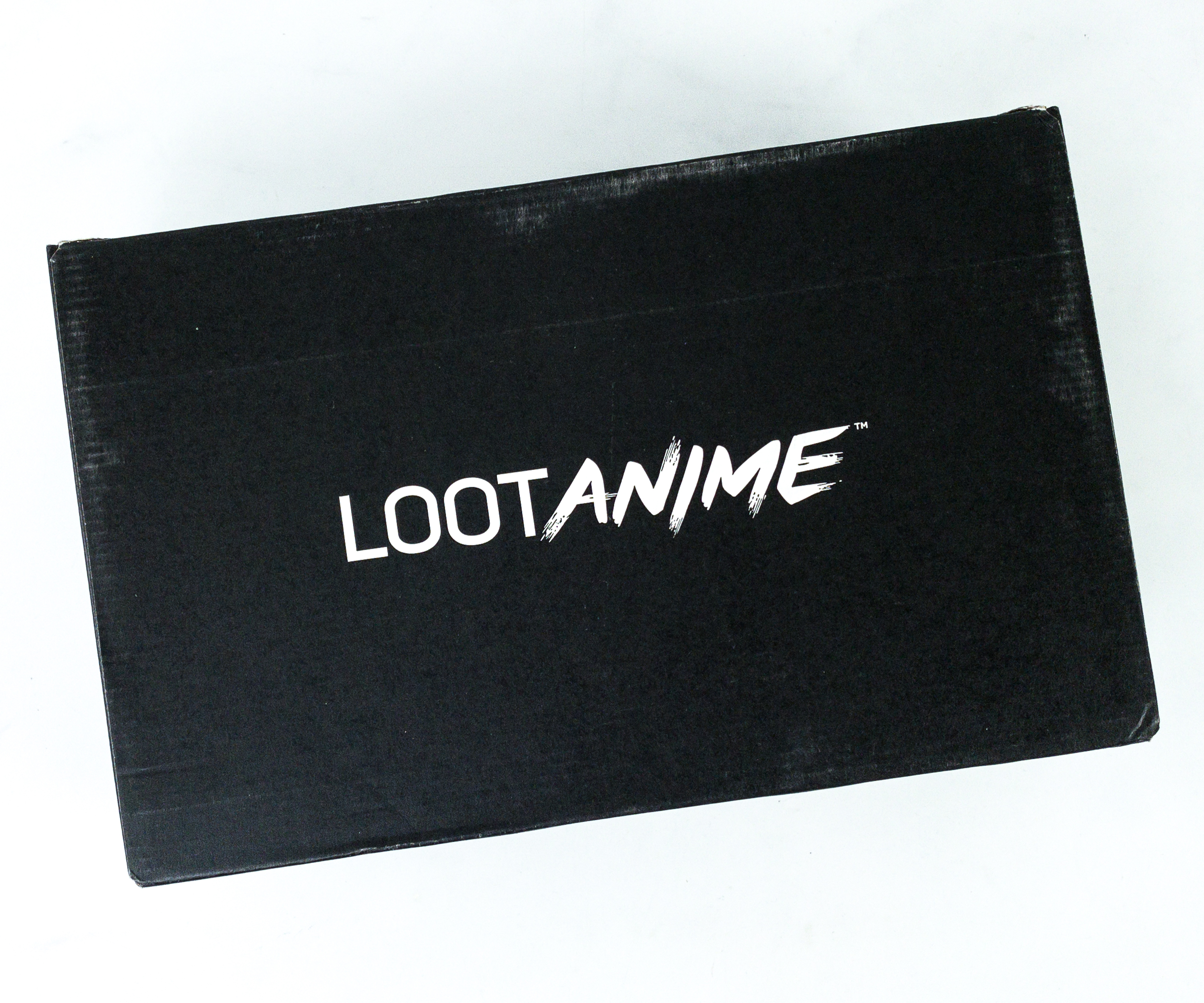 All the items are neatly packed inside the box without any fillers or extra packaging.

Featured on the flap of the box is a huge, muscular, and detailed image of a titan from Attack on Titan anime series!

The back of the poster serves as the information sheet. It lists all the anime goodies in this box.

It’s a cute bookmark made from a premium quality plastic material. It shows Yume holding a book and it seems like she’s casting a spell.

Featured on the middle part is an embroidered face of the bald Saitama, the One Punch Man!

The pouch has a well-stitched red interior lining, making it very sturdy. It also has enough space to hold toiletries for a quick weekend getaway or out of town trip.

Attack On Titan Duffle Bag. This gear from Loot Anime is an exclusive Attack On Titan-themed duffle bag made from nylon fabric. It has a green base color, and a white zipper and strap. It’s the bag that was on Loot Anime July 2018 spoilers, but later on, they told subscribers that it’s an incorrect item because of a “technical error.”

It’s a pretty spacious bag with a black interior, made with internal sealed seams. The bag also has small side compartments where you can put your gadgets, accessories, and other small items.

What makes this bag so unique is that it bears a huge Scouting Legion emblem embroidered on the front part of the bag.

The kit includes a glass that contains the holographic image of Robotech, a USB connector, and a touch-sensitive black base where the batteries and mechanism are placed.

This lamp features one of the robots that is created to defend the Earth against the alien invasion. It’s a detailed x-ray figure with half of it showing the internal parts of the robot.

What I love about this lamp is that it shines bright and it shows different colors! Here’s the lamp shining with a reddish-orange hue!

When it turns green, it looks like we’re on another dimension!

Here’s how it looks like when it’s lit up in blue! The design is unique and cool, a totally creative piece of art coupled with awesome technology!

The long wait is over! The May 2019 Loot Anime box has finally arrived! The duffle bag and Dopp kit are our favorite items. They’re pretty useful, especially for our upcoming trips. It’s really just weird to receive the duffle bag with the same look as the incorrectly announced item from last year. Also, the LED lamp is another dupe item. It’s a bummer that their boxes always ship late. I hope they improve on it because we really love getting anime-themed items for our collection!