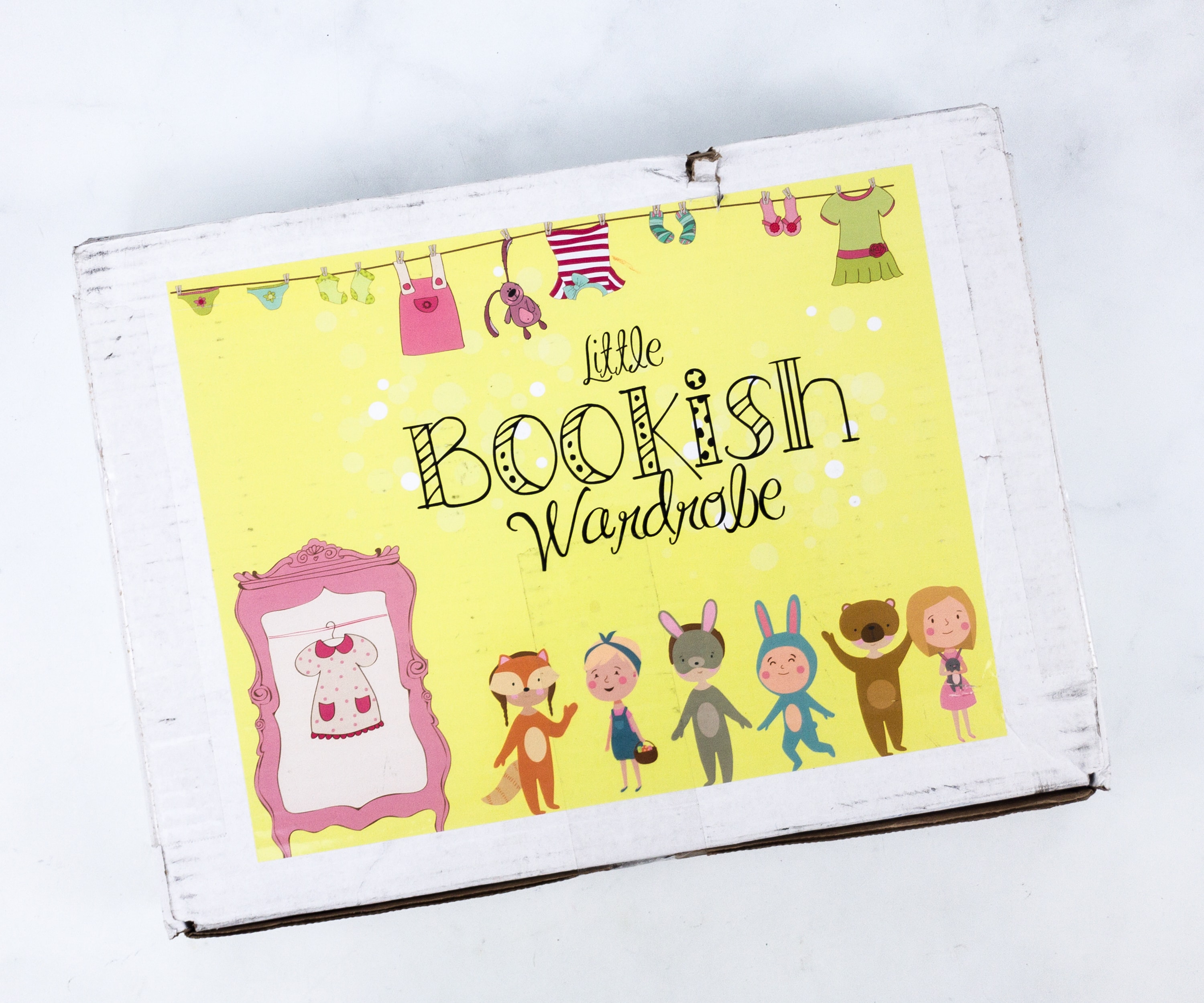 The Little Bookish Wardrobe is a monthly subscription box, created to help inspire imagination in your child! Each month, your child will receive a book to read, along with unique play costume pieces that match the theme and characters of the book. Box is best for children 3-7 years old. Available for both boys and girls!

DEAL: Get 10% off! Use coupon code HELLOBOOKISH10. 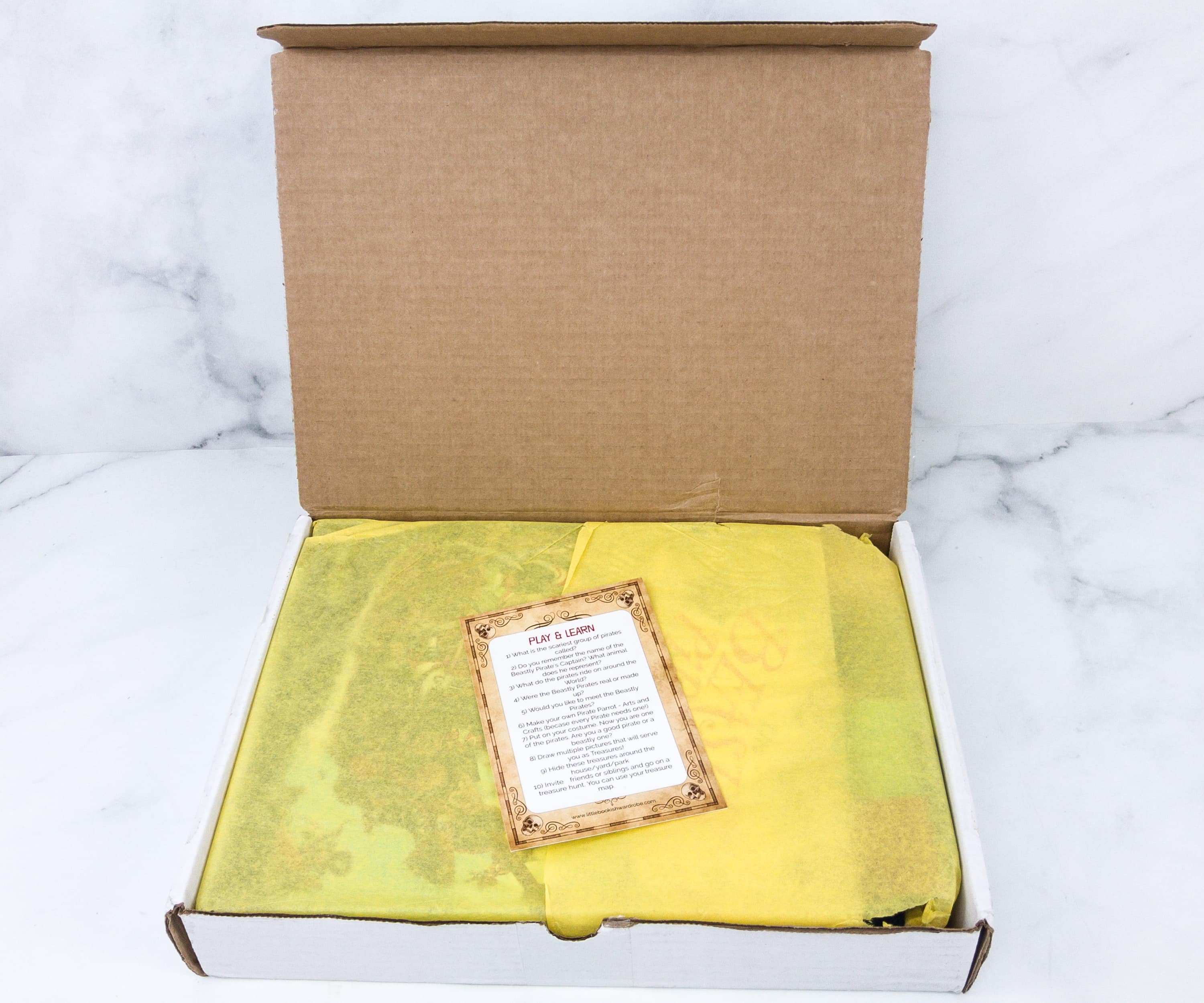 All the items came in a big pizza box-like design. There’s a game card sitting on top of them.

They are neatly piled and wrapped in a yellow tissue paper.

We were greeted by a book with some ‘Beastly’ pirates!

Seeing the contents of the box, it looks like this will be an exciting dress up adventure! 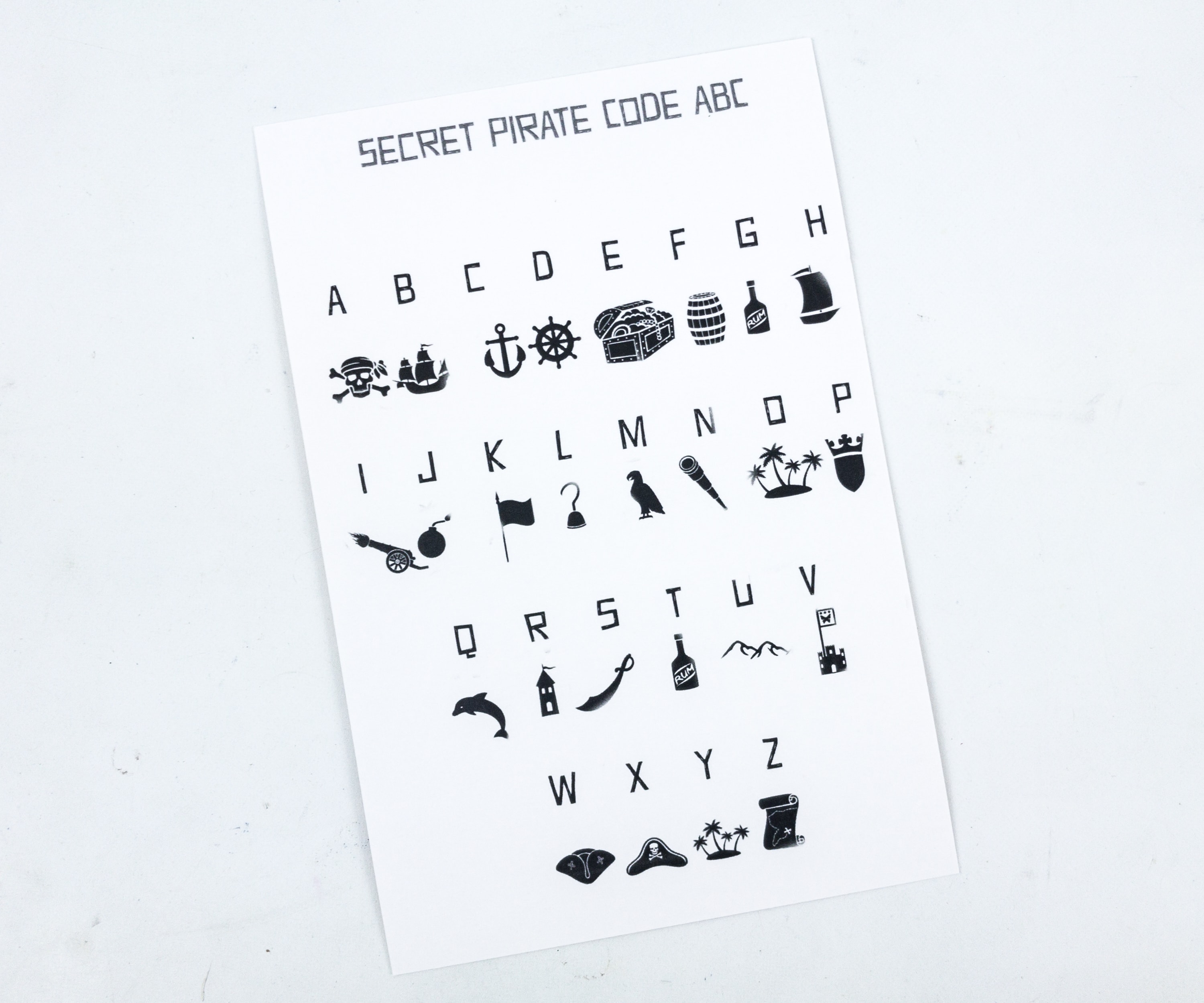 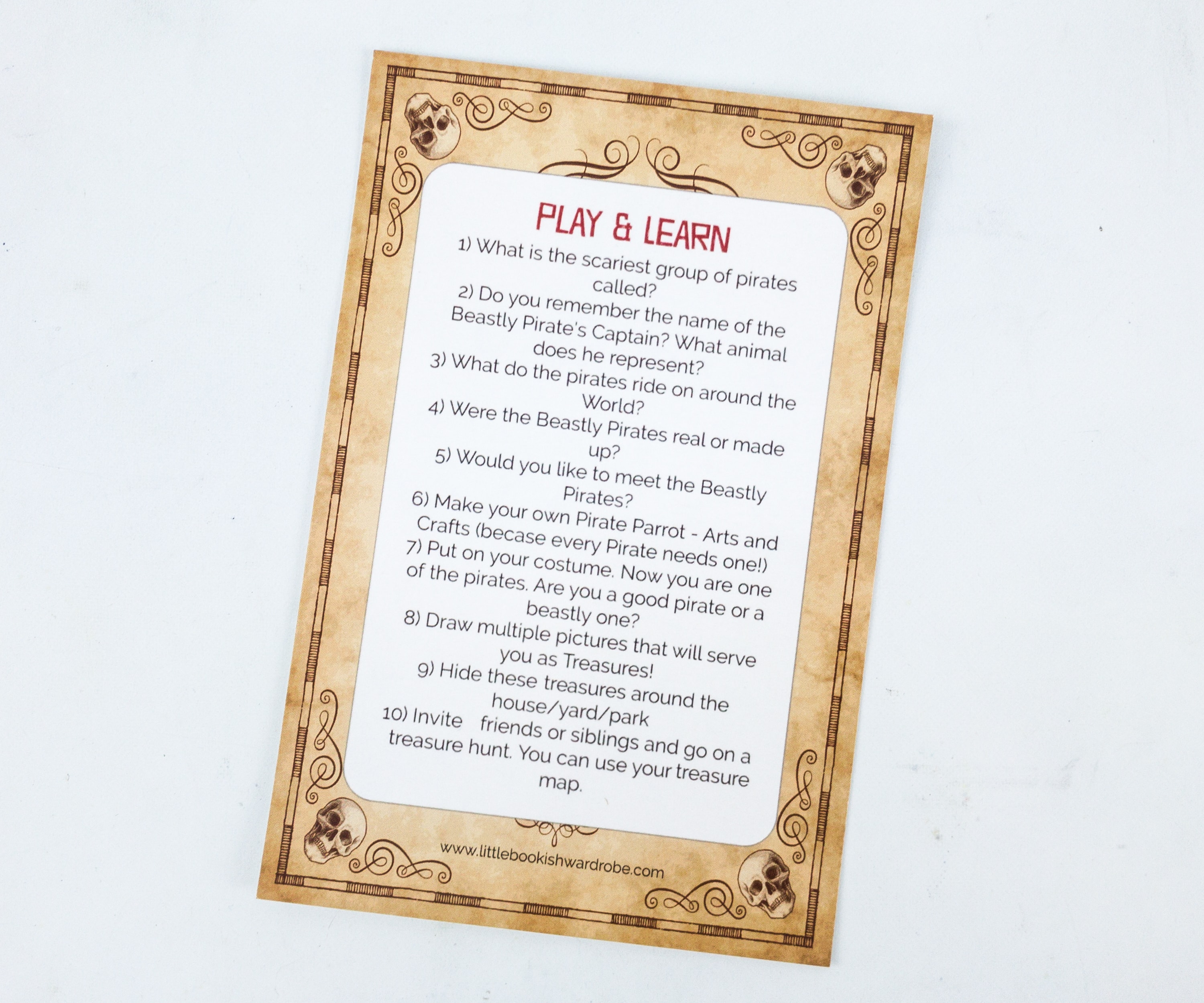 The other side of the card contains questions about the featured theme. It’s a good conversation starter that can also help fuel up my son’s interest in the book and the items. 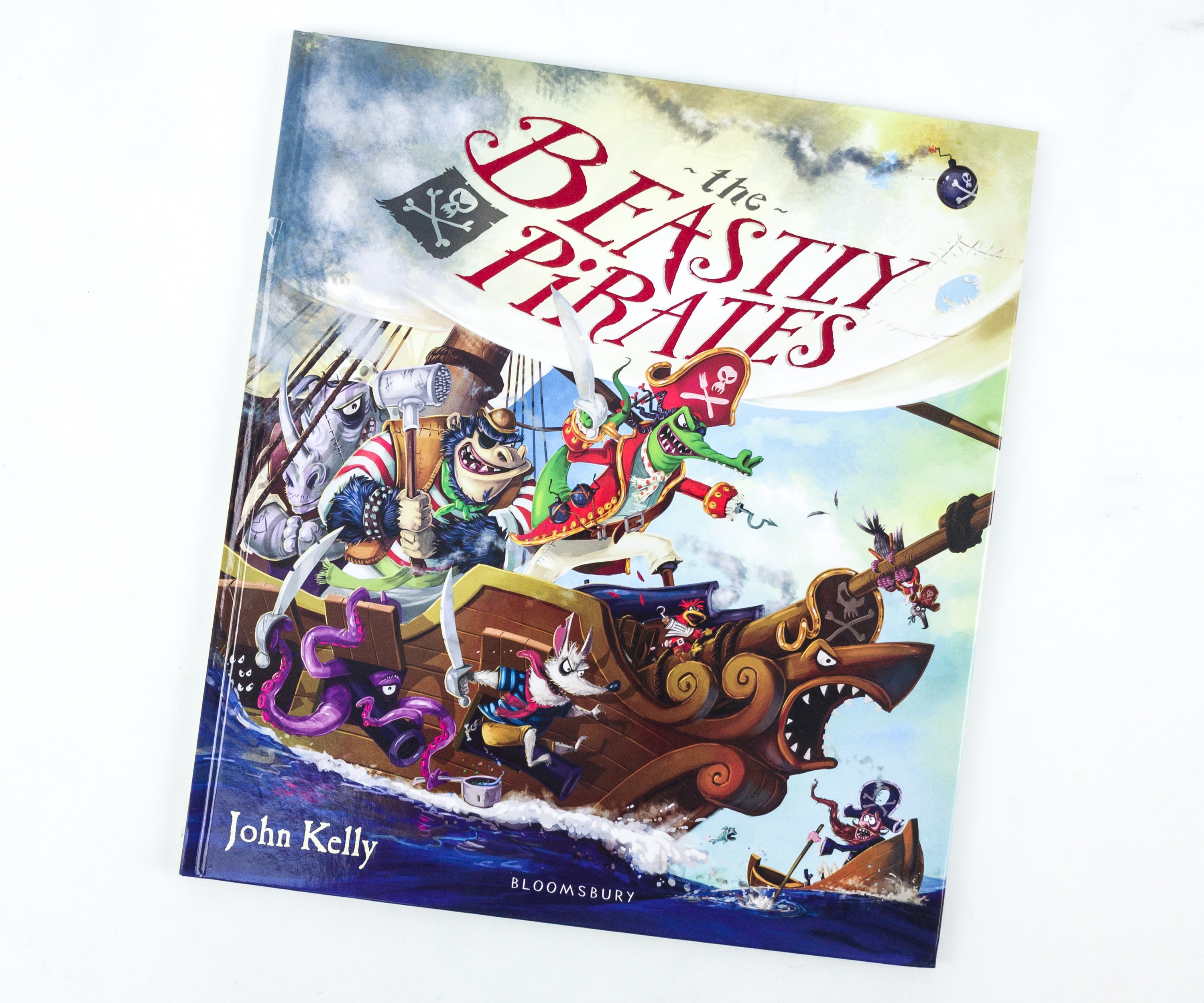 They’re called The Beastly Pirates
and this fearsome ugly bunch
scour the seas for other pirates
they can gobble up for lunch.

Beware THE BEASTLY PIRATES – the scariest sailors on the seven seas.
They’re a cutlass-toting, pirate-eating bunch of renegades and the list of their dastardly deeds is endless. Dare you come to face to face with this motley crew?

WARNING: This is most certainly NOT a book for bedtime . . . unless you like your pirates with a bit more bite! Perfect for fans of Jonny Duddle. 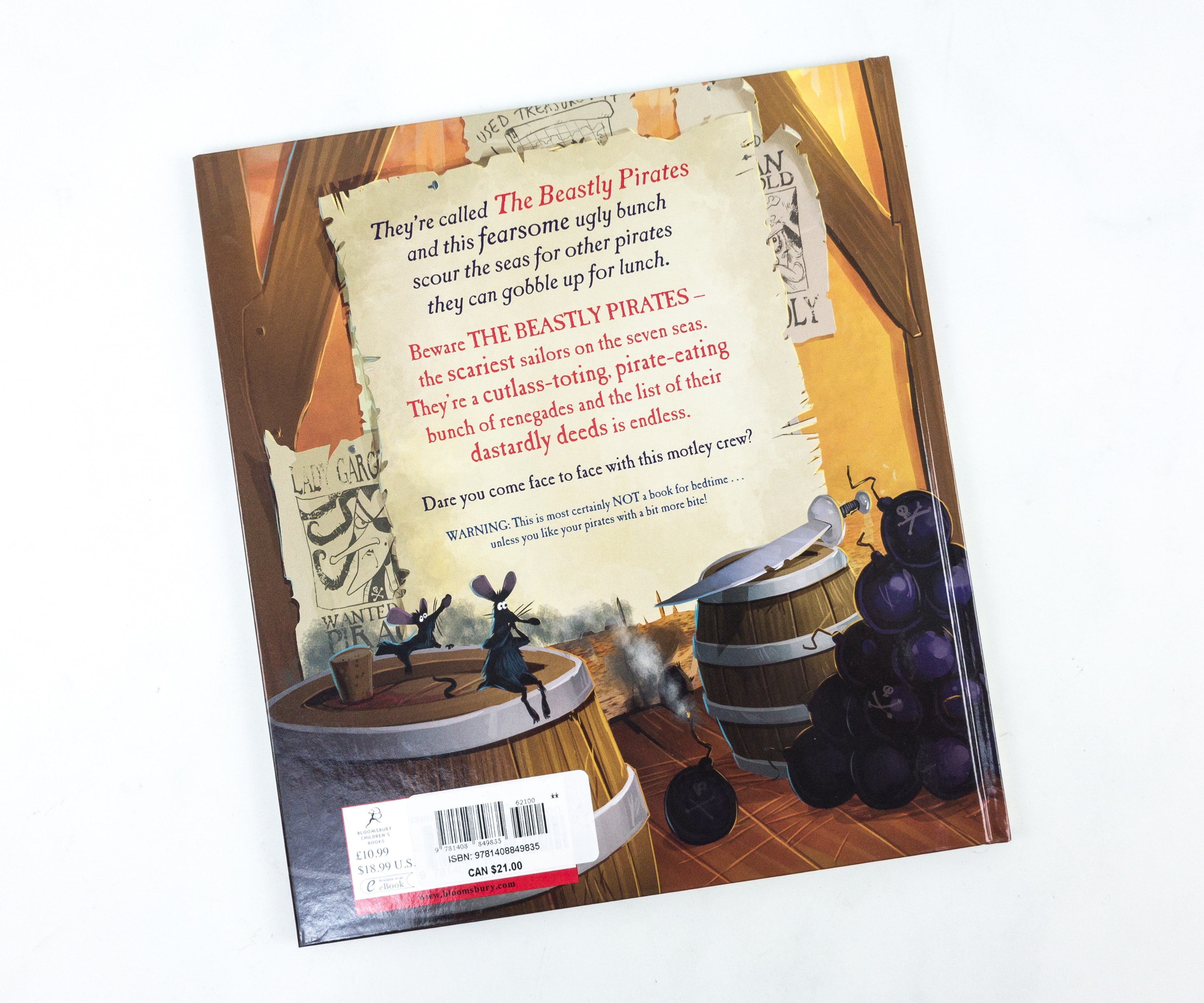 The story is about the adventures of the fearsome ugly bunch that searches the seas for other pirates that they can gobble up for lunch, the Beastly Pirates! 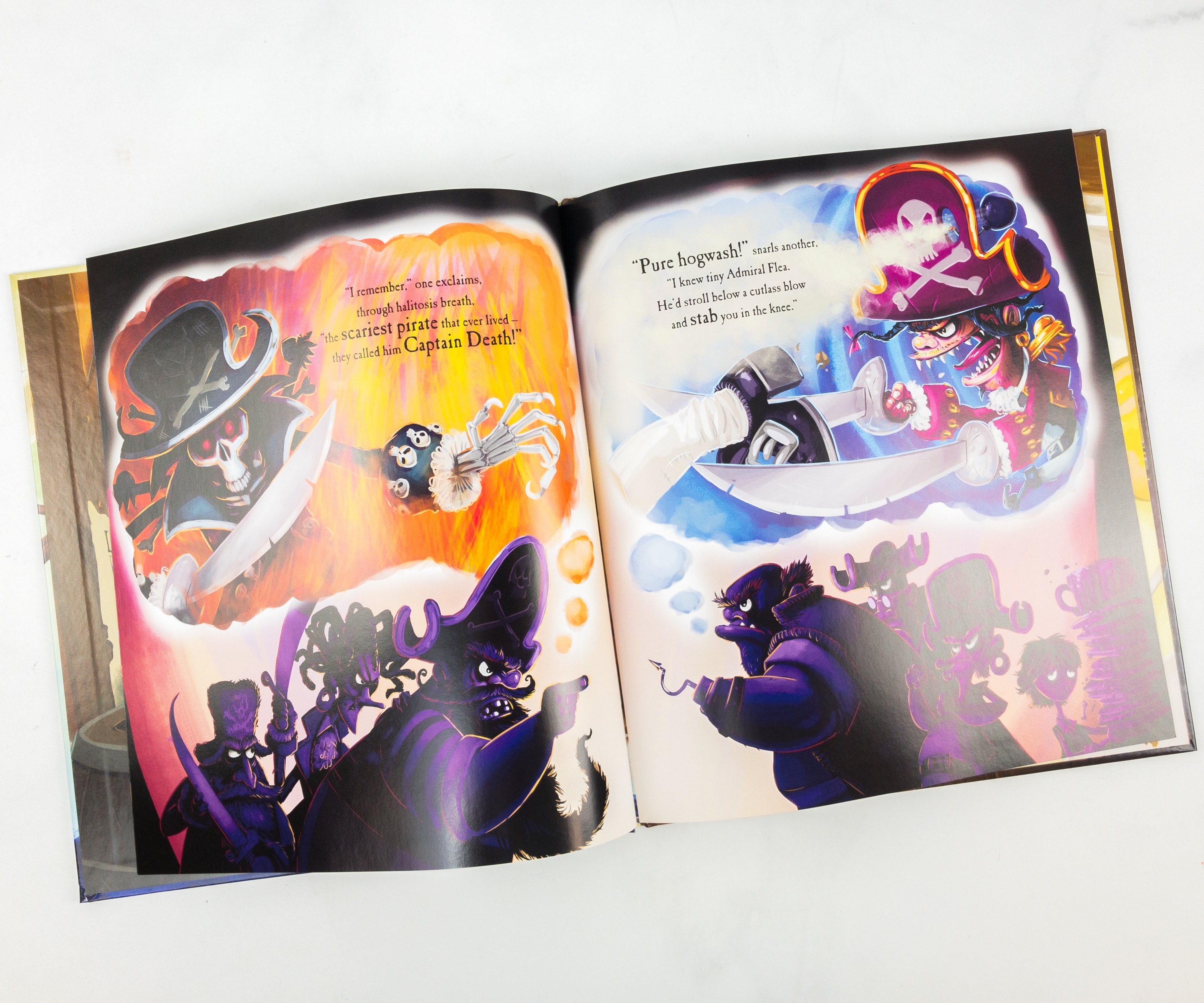 The book has glossy and colorful pages, with the illustrations looking somehow realistic because they’re very detailed. 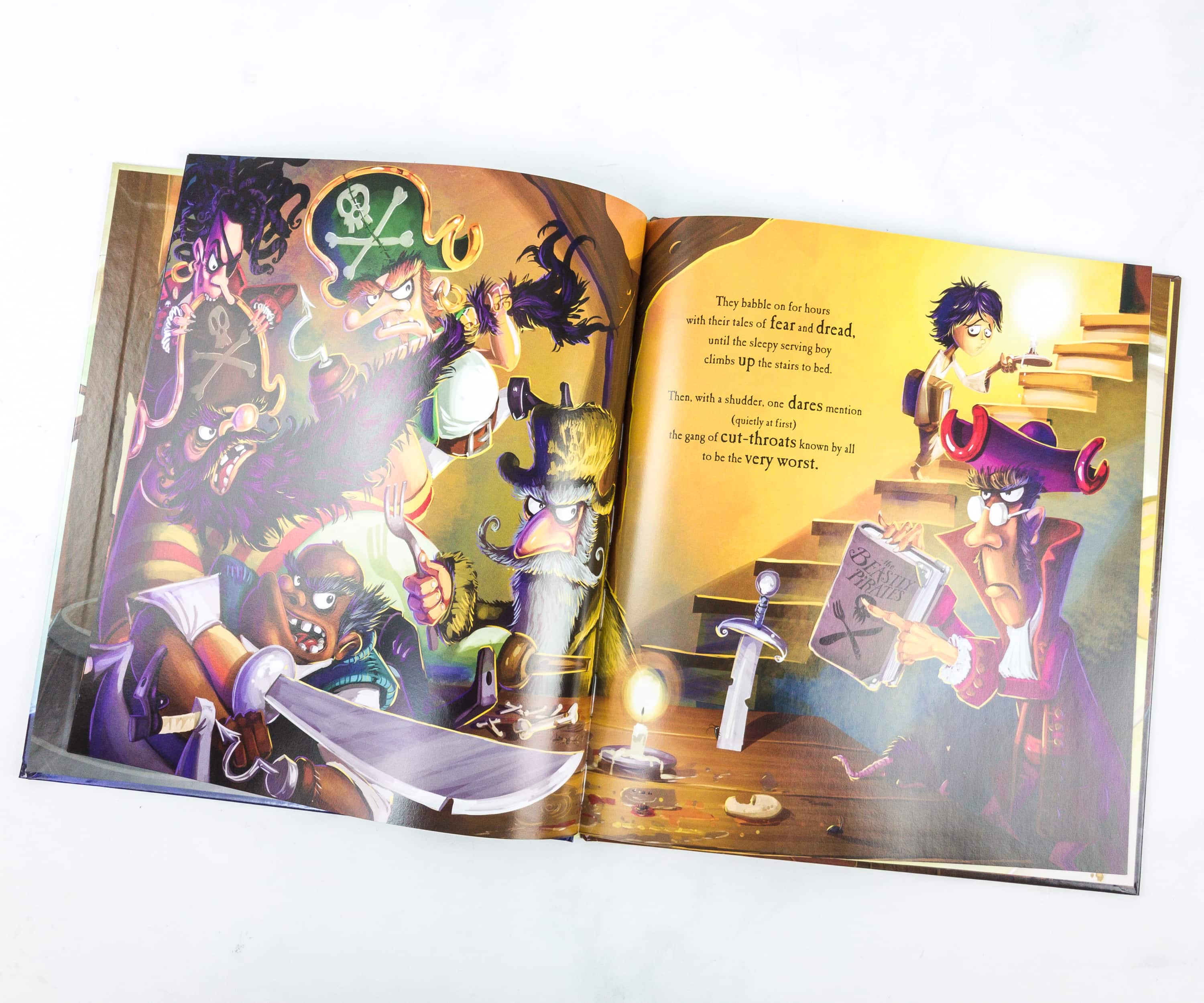 My boys loved how the beasts were drawn, they’re not even scared! 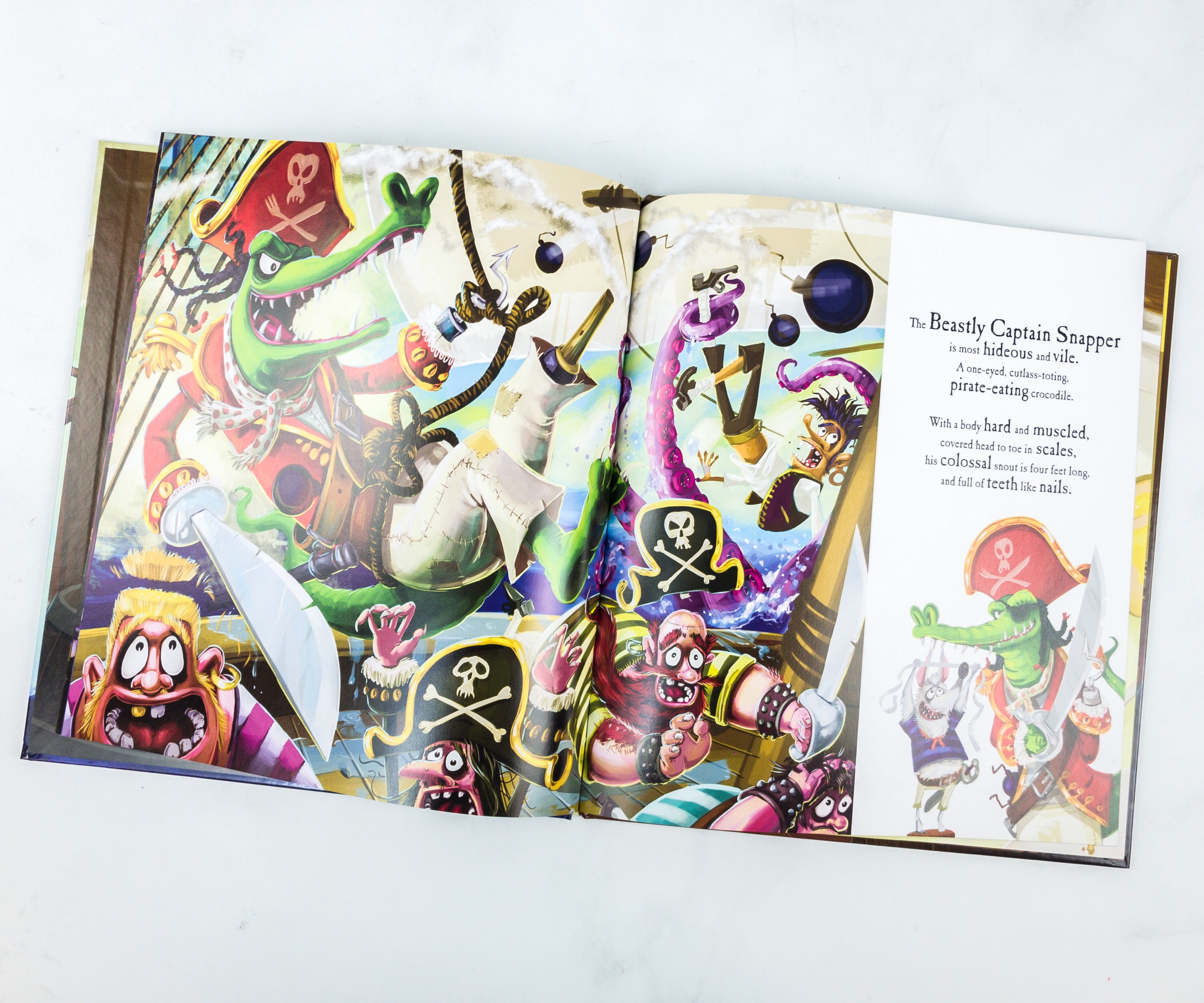 The text is great for reading aloud. They’re also quite descriptive, matching each spread well.

We also got a Parrot Bracelet Kit! 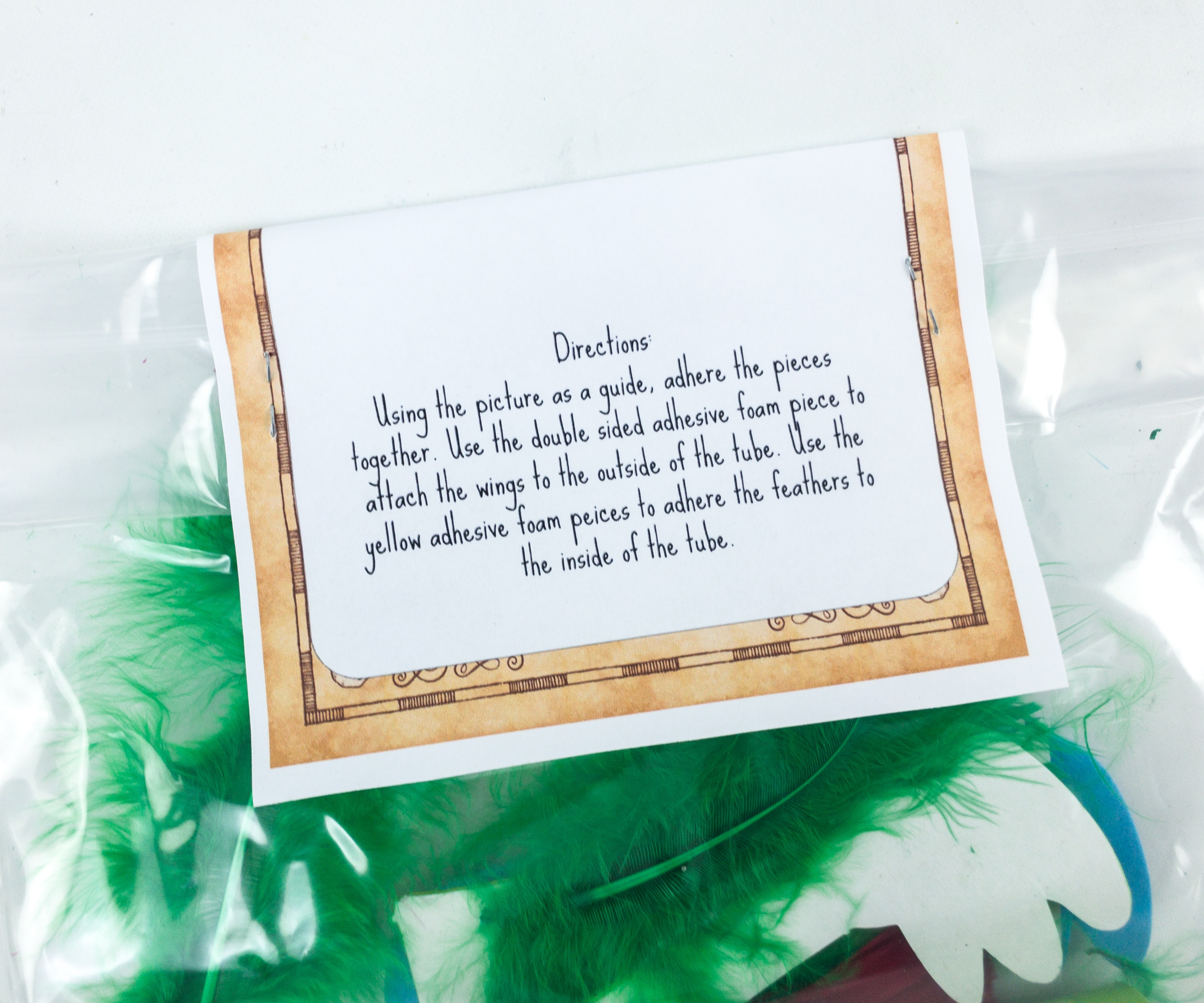 The directions are printed and were attached on the pack.

There are several parts that make-up the cute bracelet!

After laying out all the materials, we’re ready to piece this bracelet together! 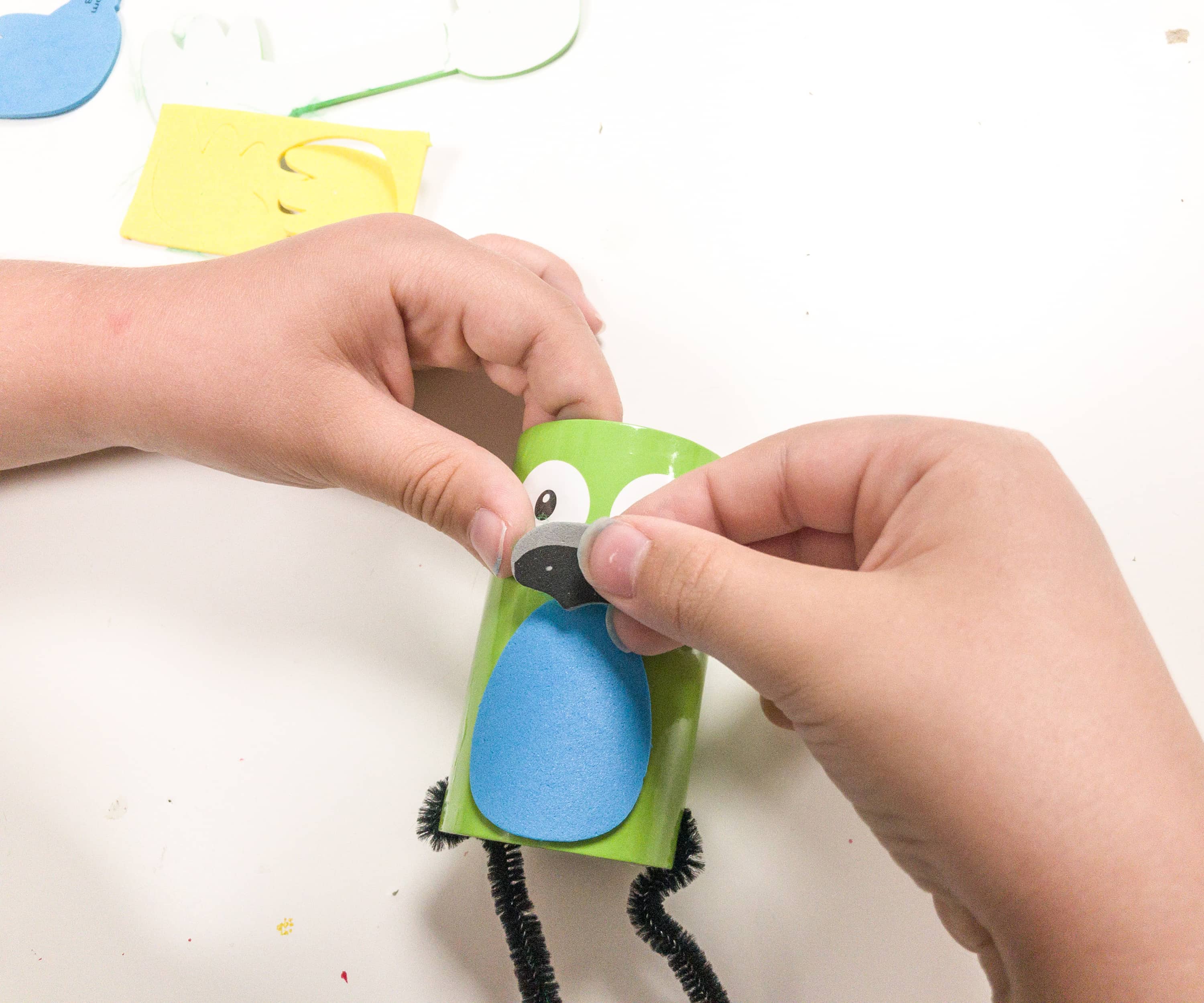 First, the kids made the body of the parrot by adhering the pieces that belong to his face.

Then, they started making the wings.

Now, it’s time to adhere the feathers inside the tube! 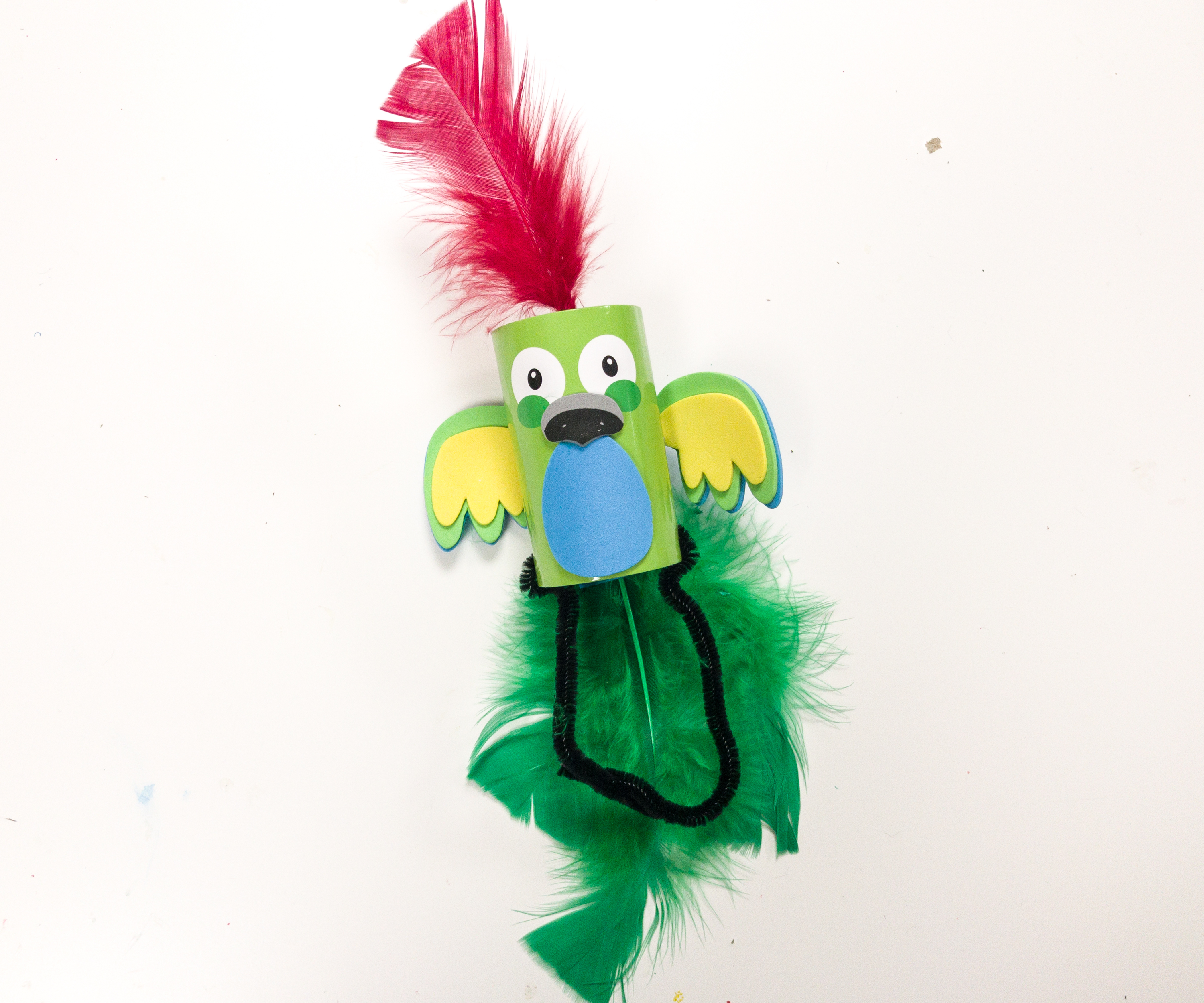 There’s even an old map in the box! It looks like a treasure map.

The map even included a poem about pirates! Let’s all raise our Jolly Roger high! 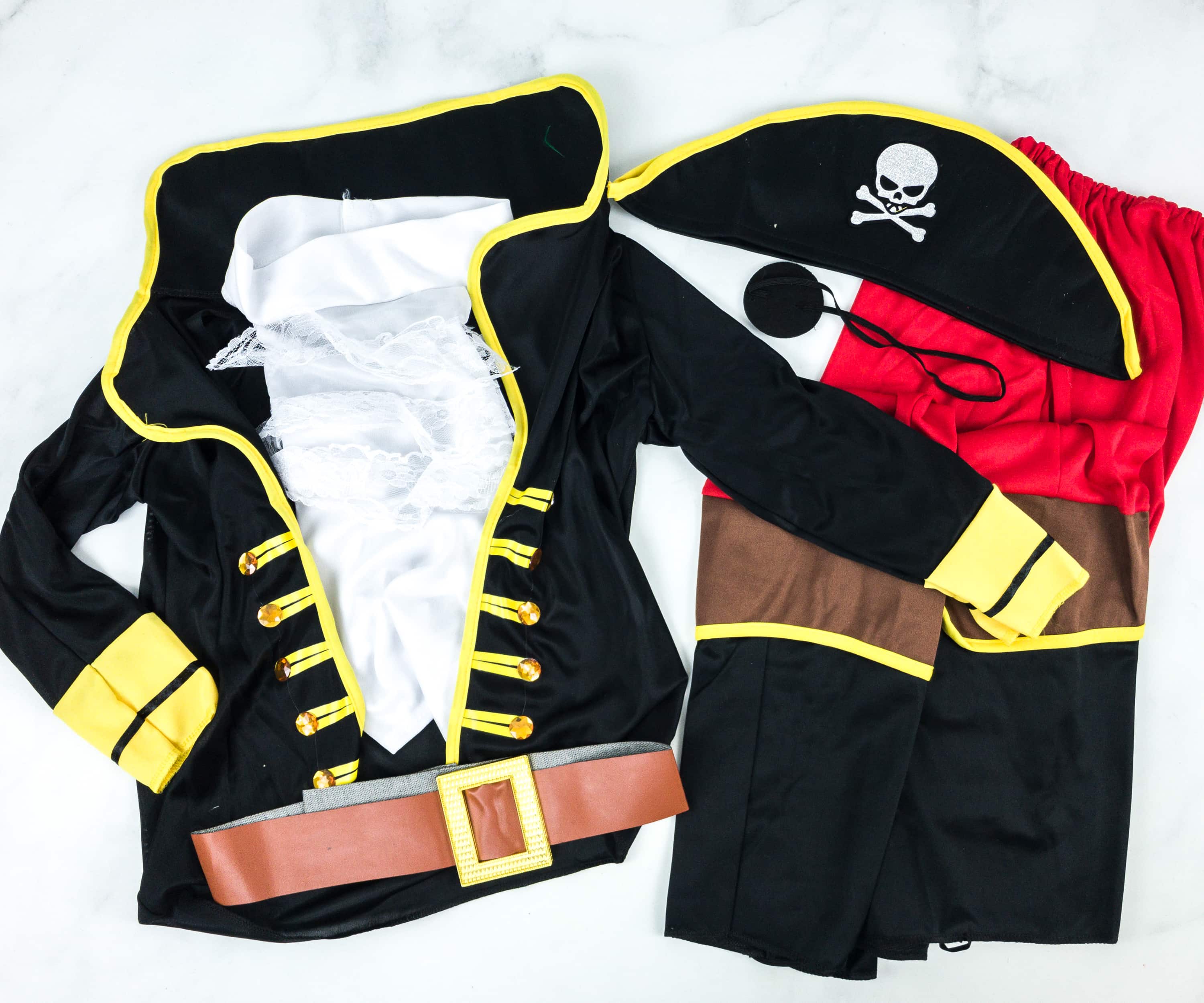 Now, on to the pirate dress-up costume! It included a coat, swashbuckler shirt, belt, pants, an eyepatch, and the tricorn with the popular skull and crossbones design. 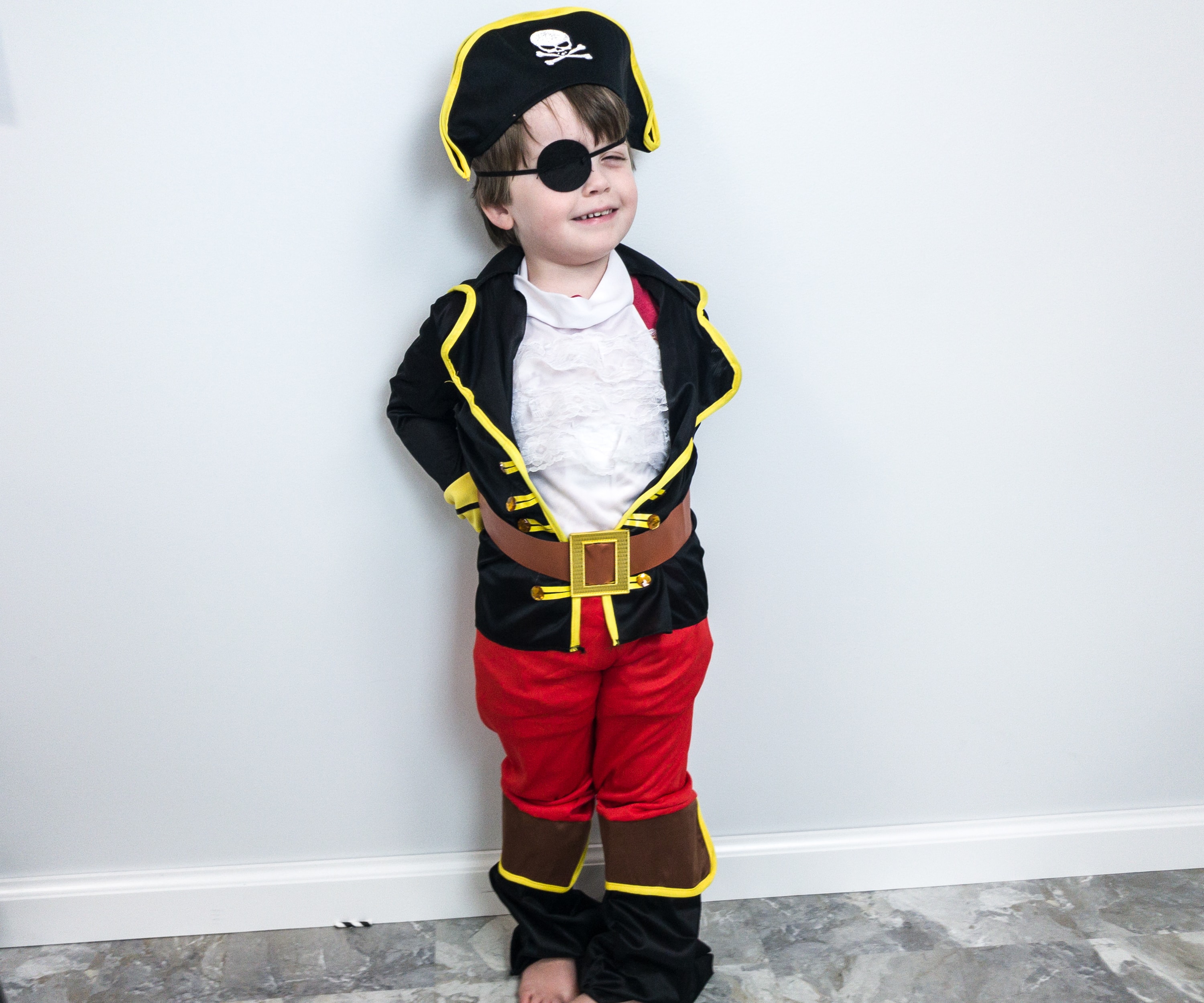 Ahoy! My son looks good in his pirate costume! 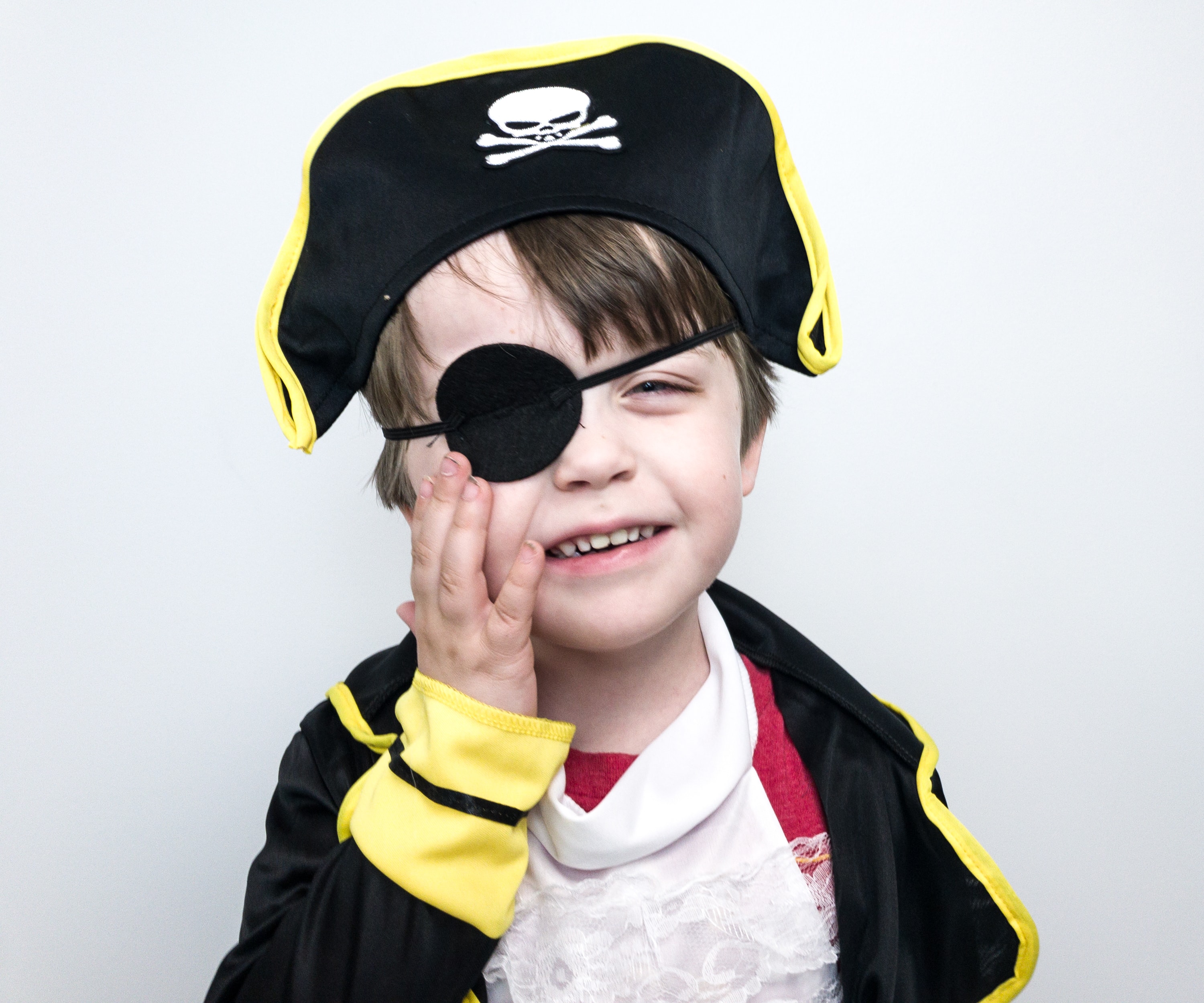 He said that the eyepatch is kind of hard to use as it blocks his other eye, but he still had fun wearing it! 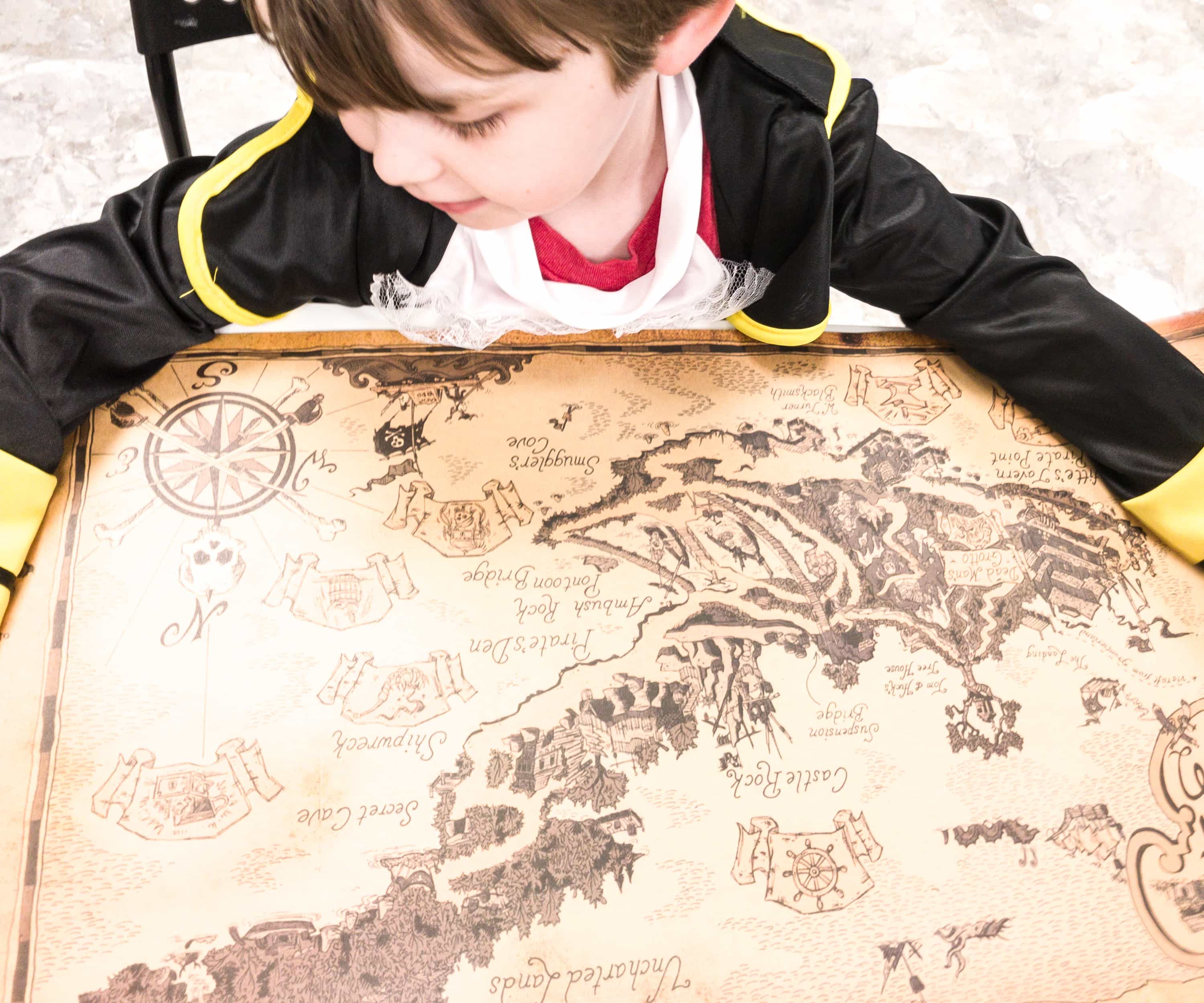 Now, it’s time to look at his map and to know where his next destination is! 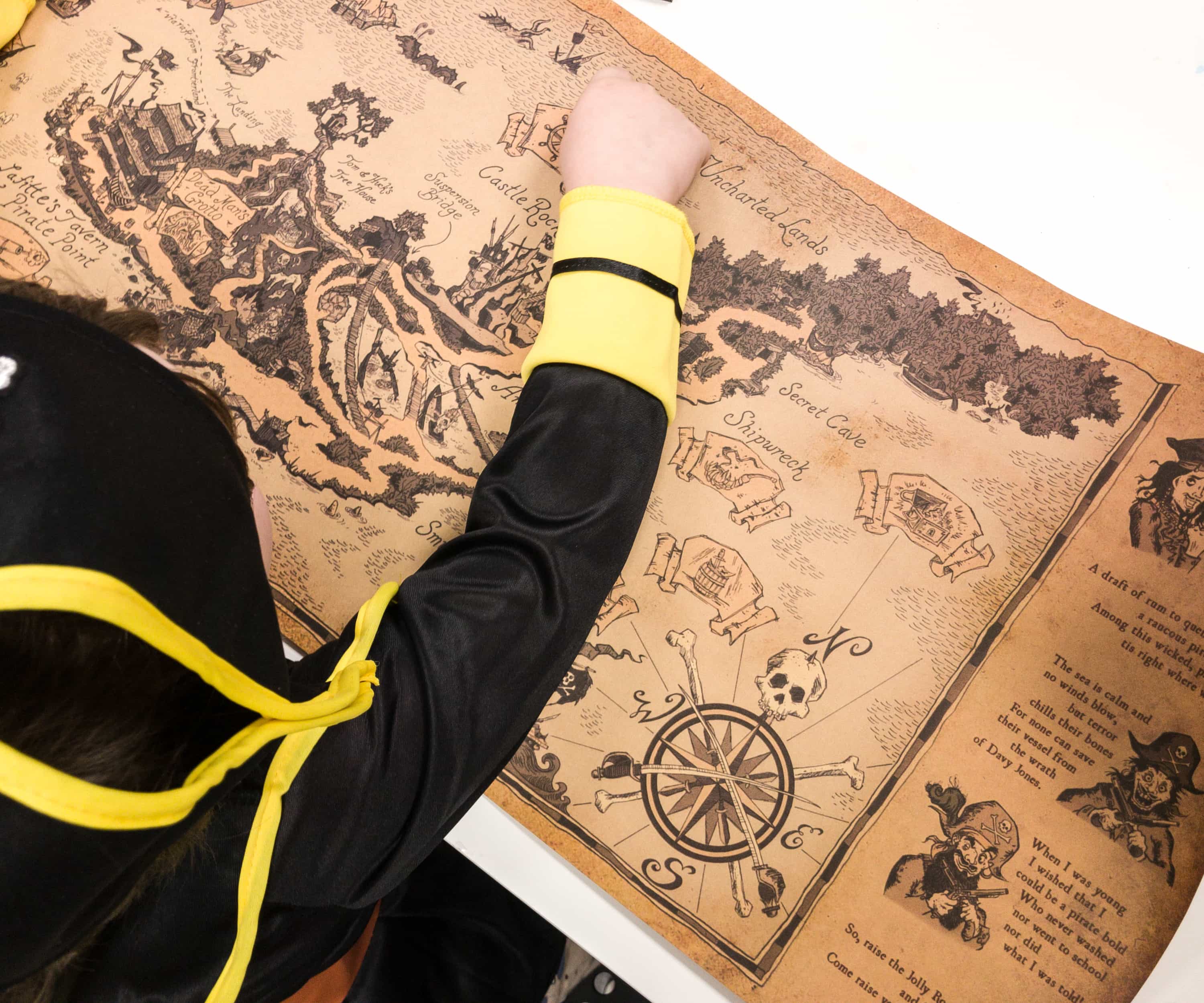 The map is quite is large, we decided to make it a wall decoration after! 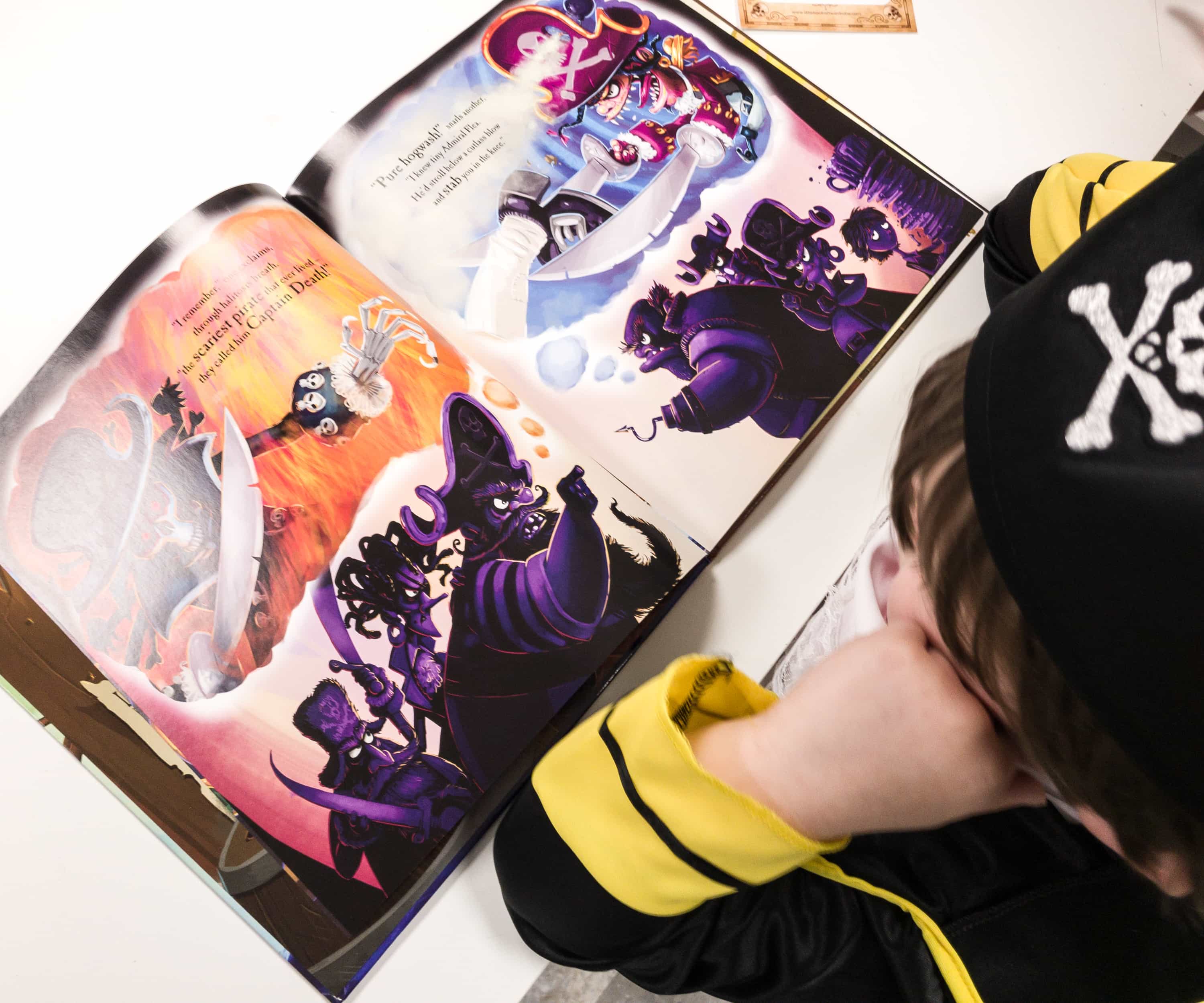 My son also read the book while wearing his costume. 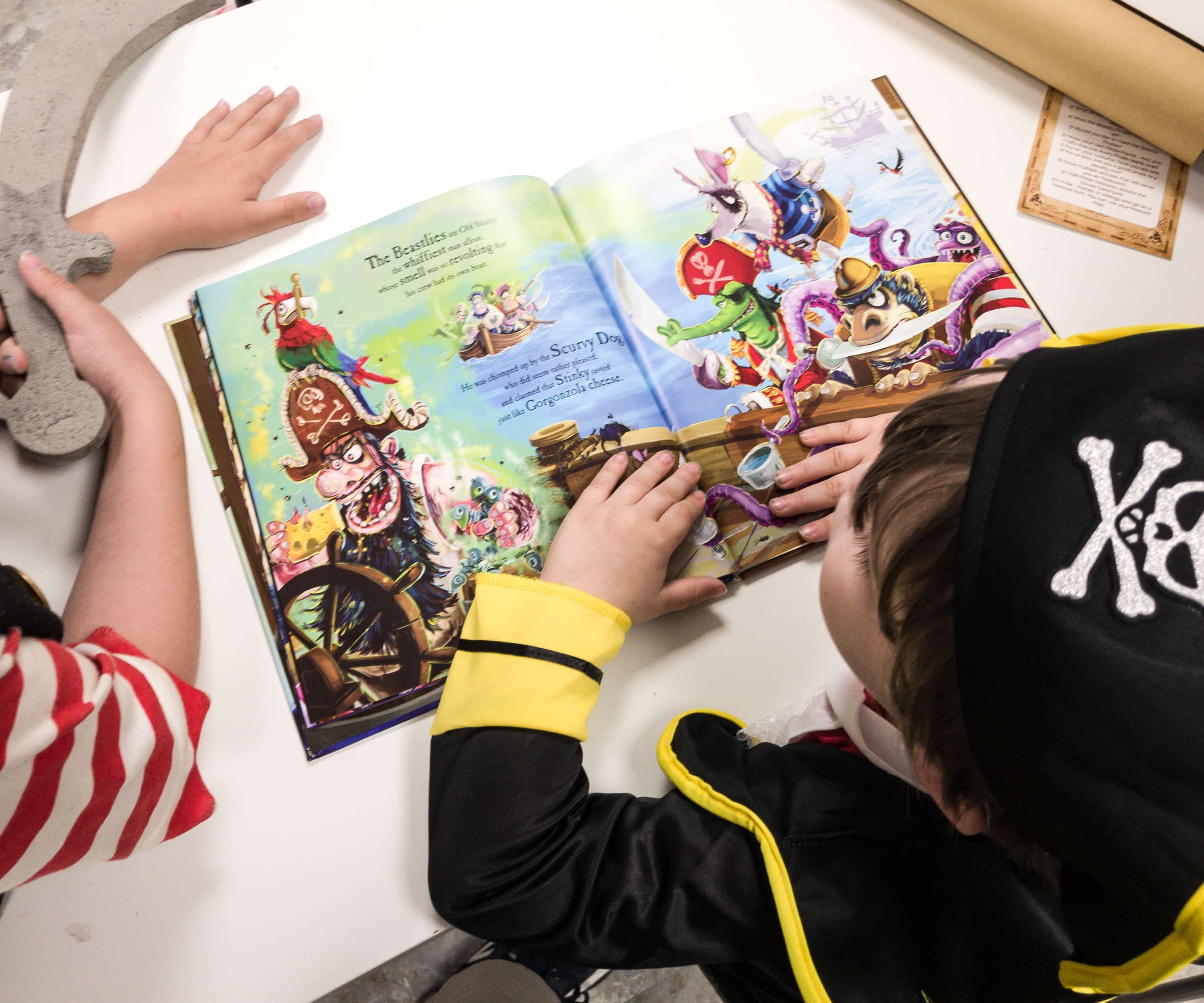 It felt like they’re also part of the Beastly Pirate’s crew!

To complete his pirate look, he has also worn the Parrot bracelet! Now he has a sidekick pet as well, while on his other hand, he’s wielding the map! We just have to board the ship and we’re all set to sail the vast seas!

This month’s theme is definitely fun! The pirate costume is on point, they even included an eye patch and a sidekick pet in the form of the parrot bracelet. As for the story, it was adventurous and entertaining. My son definitely enjoyed reading the book while wearing the costume. He’s also excited for the next box! Little Bookish Wardrobe is really a fun subscription because, aside from introducing us to new titles, my kids have a chance to play and enhance their creativity!

Visit Little Bookish Wardrobe to subscribe or find out more!

Get 10% off! Use coupon code HELLOBOOKISH10. 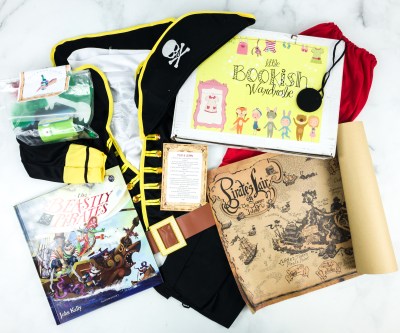 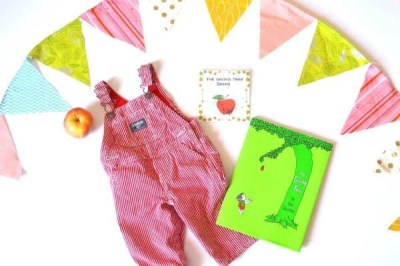