The box is sealed with the Hogwarts Express 9 3/4 sticker.

When you open the box, it reveals a Map!

The Mappa Mundi is a medieval European map of the world.

The theme this month is TRAVELING THE WIZARDING WORLD.

Whether by broom, train, or flying car, prepare to Travel the Wizarding World with magical gear fit for witches, wizards, and Muggles alike.

All the magical loot in the January 2019 Wizarding World crate!

Luna Lovegood Sleep Mask. Luna’s SpectreSpecs are a pair of spectacles that were given away for free in an issue of The Quibbler in 1996. It makes the wearer look like a “demented, multicolored owl.” I got a version of it in the box, but as a sleep mask!

It’s actually a good design for a sleep mask as it covers the eye area well, with just a minimal amount of light being able to pass through. The elastic strap at the back is wider as compared to other sleep masks that easily break off. According to Luna, the SpectreSpecs made wrackspurts, the invisible creatures that floated through one’s ears causing their brain to go fuzzy, visible to the wizarding eye.

Here’s the 3rd one for the Magical Creatures pin series!

Thestral Pin. For this month, we got the magical creature Thestral. It’s from a breed of winged horses with a skeletal body, a reptilian face, and bat-like wings which are wide and leathery.

Unlike its real color, which is black, the pin is all blue. Thestrals are creatures that are known as omens of misfortune and aggression by many wizards, and they are only visible to those who have witnessed death at least once, like Harry (Cedric Diggory’s murder) and Luna (her mother’s accidental death).

Wizarding World Locations Sticker Set. From Fantastic Beasts: The Crimes of Grindelwald comes this six glossy vinyl stickers that feature the locales from the movie.

It features the Le Cirque Arcanus, the Ministry and the Eiffel Tower from Paris, the MACUSA of the USA, and of course, the thestrals and Hogwarts School of Witchcraft and Wizardry from the Scottish Highlands. Love this set, and the whole vibe of this era!

Considering the whole shirt, the design is kinda small, and here’s why: it’s a badge that lets a visitor enter the Ministry of Magic!

You can now state your business, wear this shirt, and explore the underground Ministry with ease!

Printed on the back is the Ministry of Magic’s emblem.

Hogwarts House Travel Mat. For the House-specific item in this box, we got a fleece travel/picnic mat.

It easily folds up for transport, or if you just stash it along with your other stuff.

It also comes with a handle that makes it so easy to carry.

It holds up strongly and doesn’t fall off when folded because of the velcro.

It feature’s the Ravenclaw’s House mascot, the Eagle.

The fleece is very soft and it’s really comfy to use.

The print is really beautiful! However, only the blue color is present and there’s no bronze, which are both the House’s colors. Despite that, it still represents the House of the wise well.

This box totally lets us explore the Wizarding World as it features different means and places in the beautiful world of Harry Potter. My personal favorite is the Luna sleeping mask and the travel mat. The Ravenclaw version is truly beautiful! I also like the new pin series, and it’s one of the reasons I get so excited with every box that arrives. The vinyl stickers are really high-quality and I would love to stick them around the house, to remind me of the different locales of the Wizarding World. It’s really a must-try box for Potterheads! 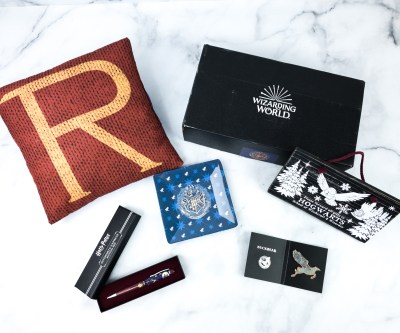 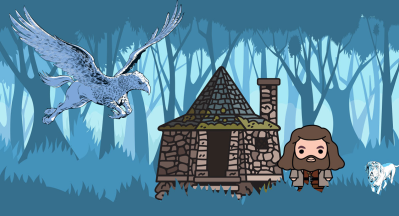 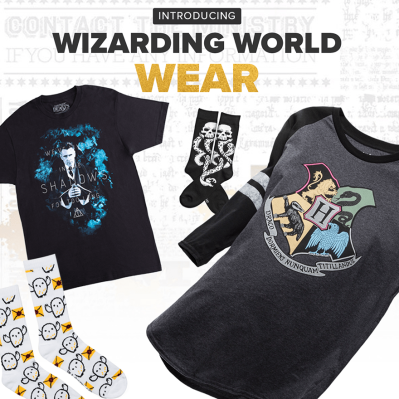