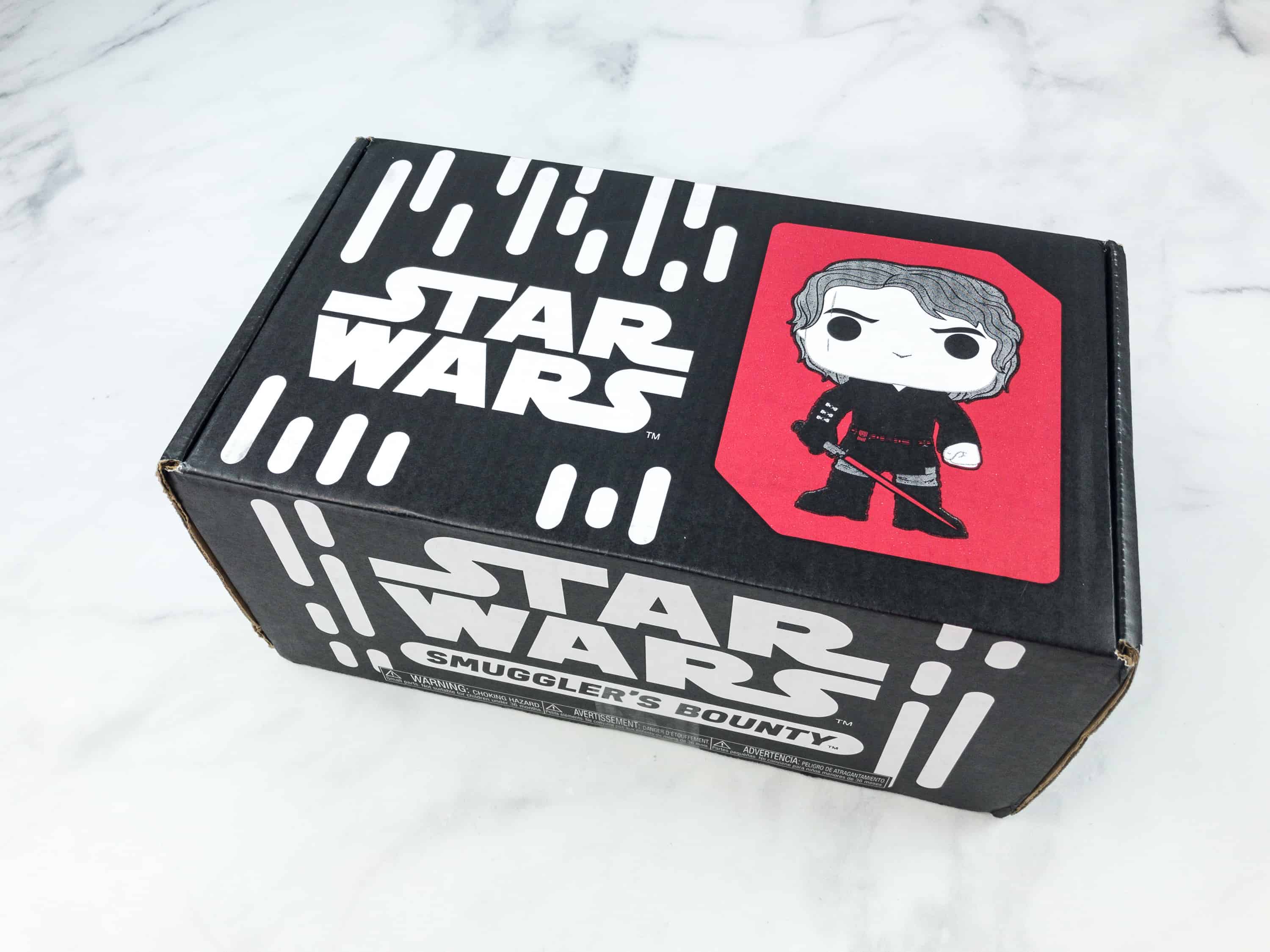 Smuggler’s Bounty is a bi-monthly Star Wars subscription box from Funko and the only official Star Wars box (in the galaxy). Everything inside is 100% exclusive to the box and designed in collaboration with Funko!  Funko also produces the Marvel Collector Corps Box, the DC Comics box Legion of Collectors, and Disney Treasures.

Funko is discontinuing their subscription products – find out more here.  We’re still waiting to find out the retail partner for this box!

The theme for this month was REVENGE OF THE SITH! 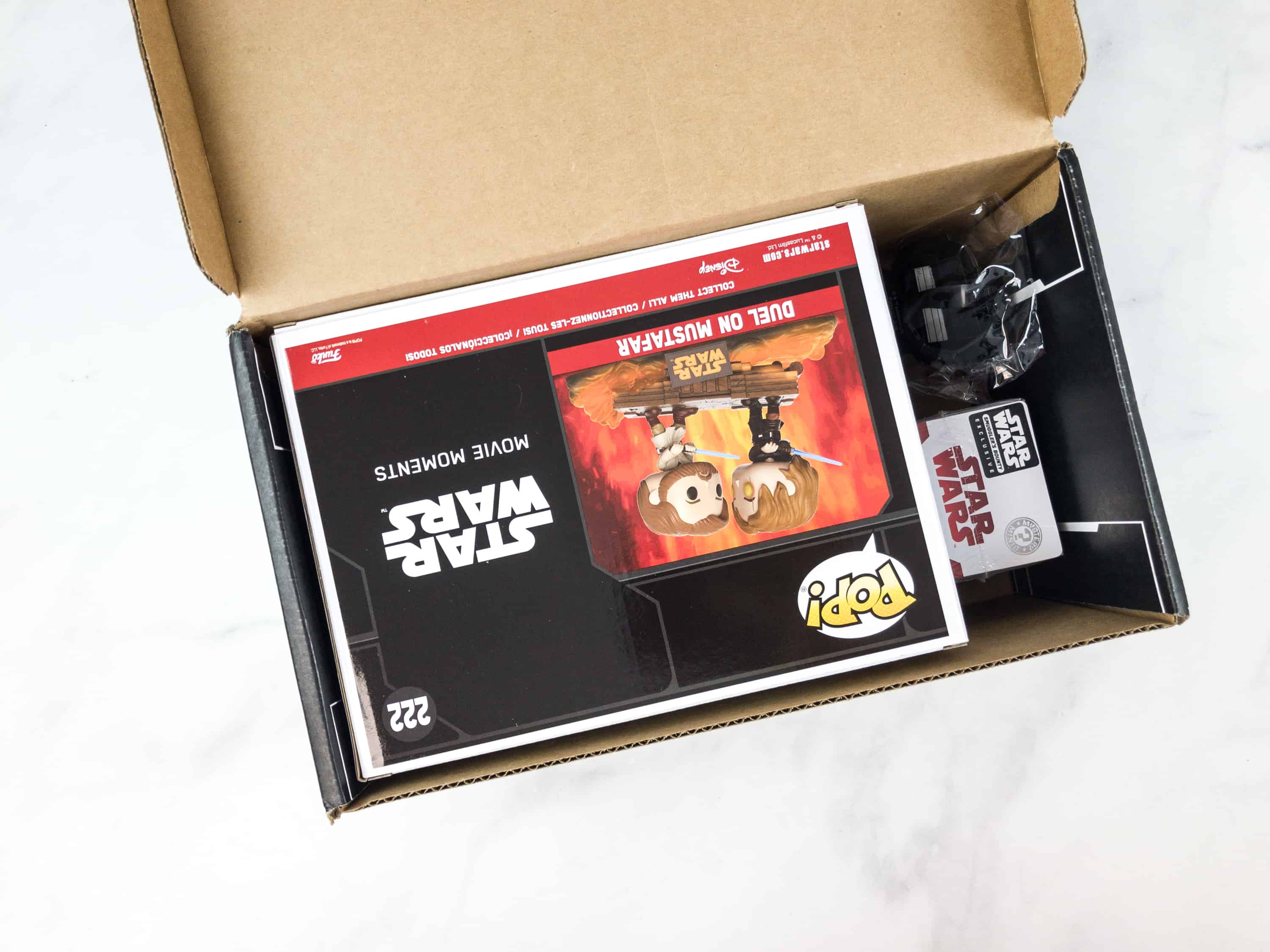 Like most of the boxes, this one has no card. 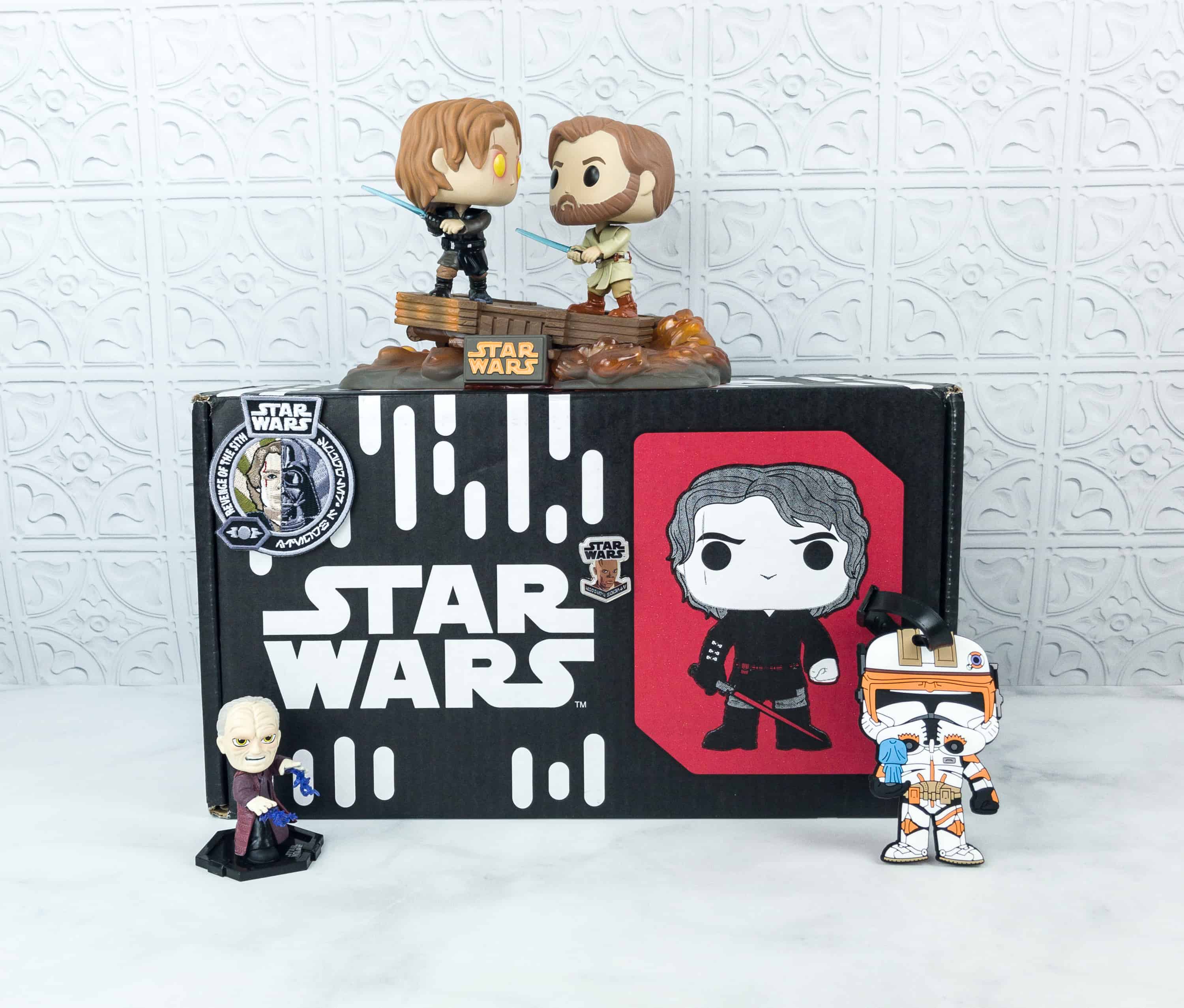 Everything inside the Smuggler’s Bounty Star Wars box for July! 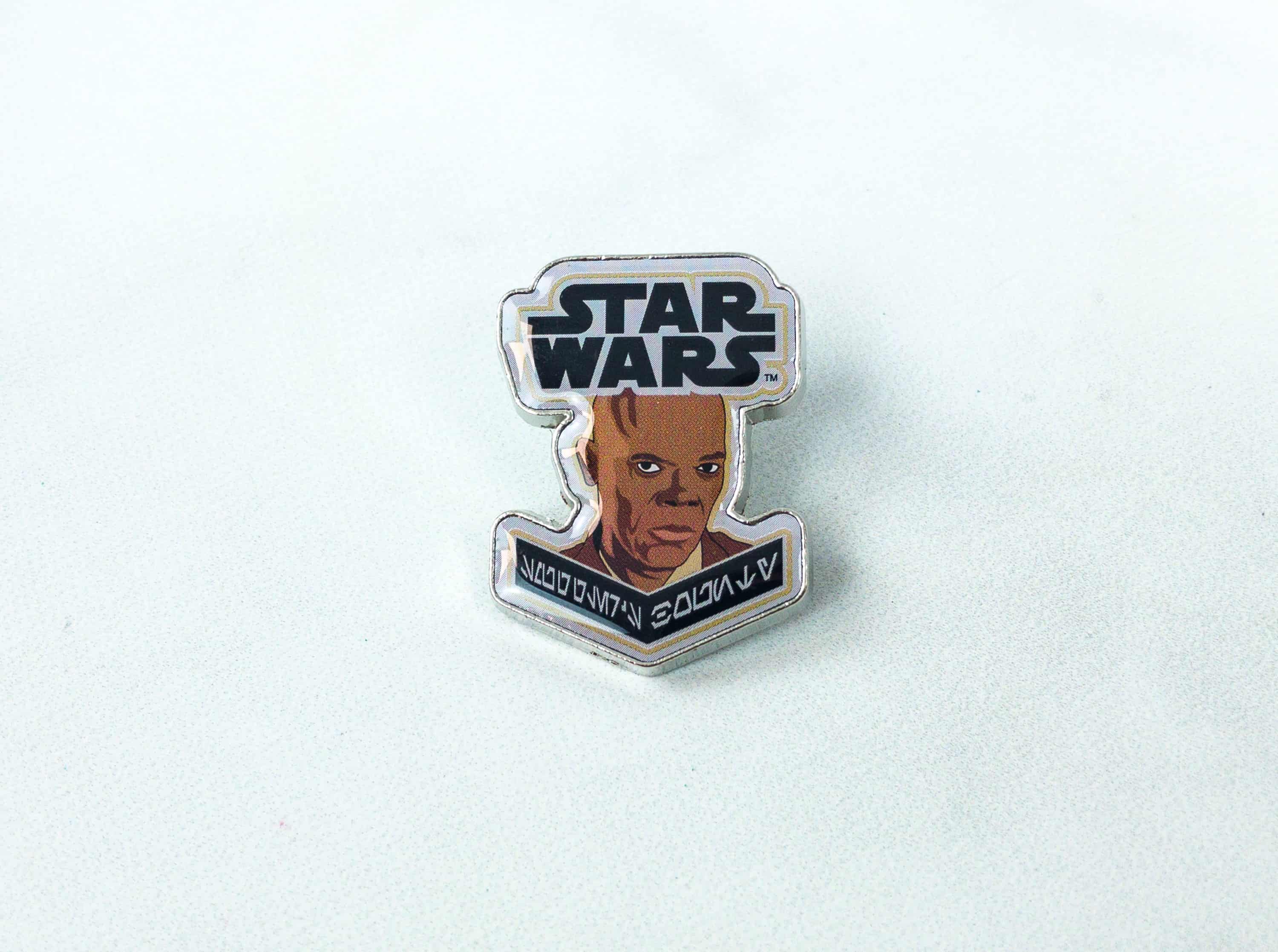 Starwars Pin. This month’s pin features Mace Windu, played by Samuel L. Jackson in the movie. Mace Windu is a revered Jedi Master and member of the Jedi High Council during the last years of the Galactic Republic. Like the other pins from this box, it also has some Aurebesh writings that say “Smuggler’s Bounty”! 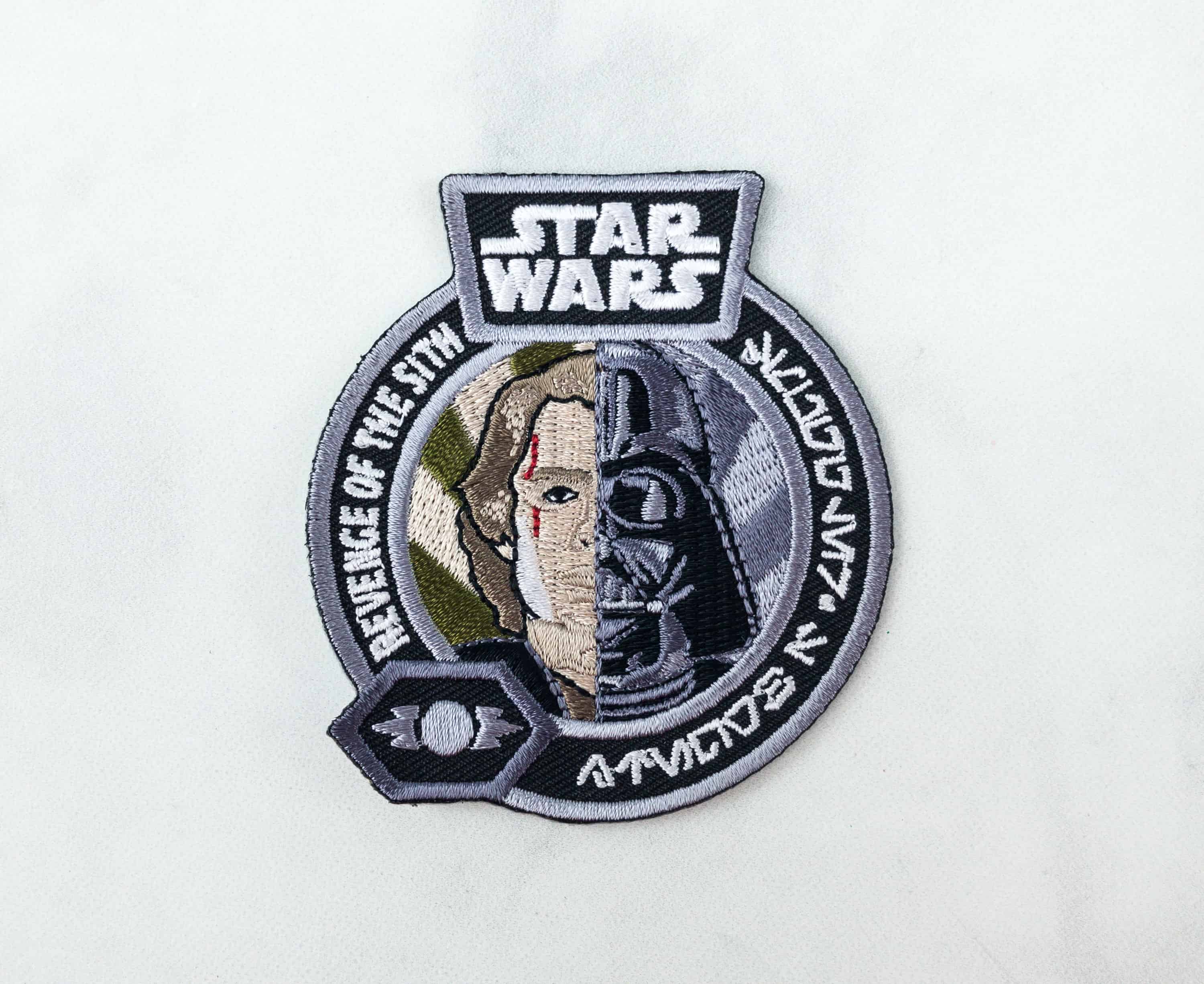 Starwars Patch. The Starwars patch shows half of Anakin Skywalker’s face and the other half as Darth Vader. Aside from the Revenge of the Sith written on the left side, the right side of the circle features Aurebesh writings that also say “Smuggler’s Bounty.” The Star Wars logo is on top. 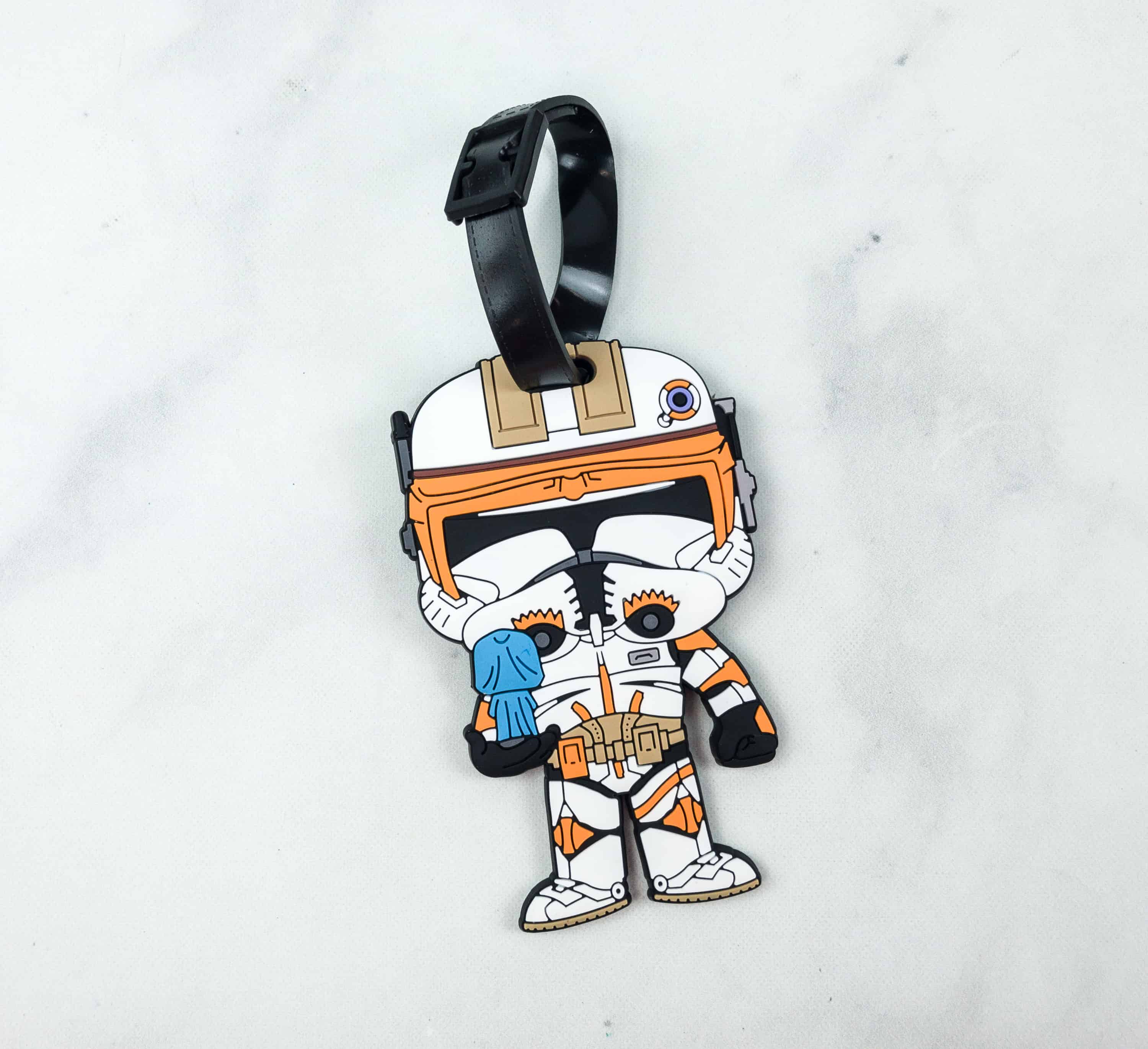 Commander Cody Bag Tag. CC-2224 is a great addition to any bag, and gives it identity! I absolutely LOVE the mini holo in his hand all Funkofied! 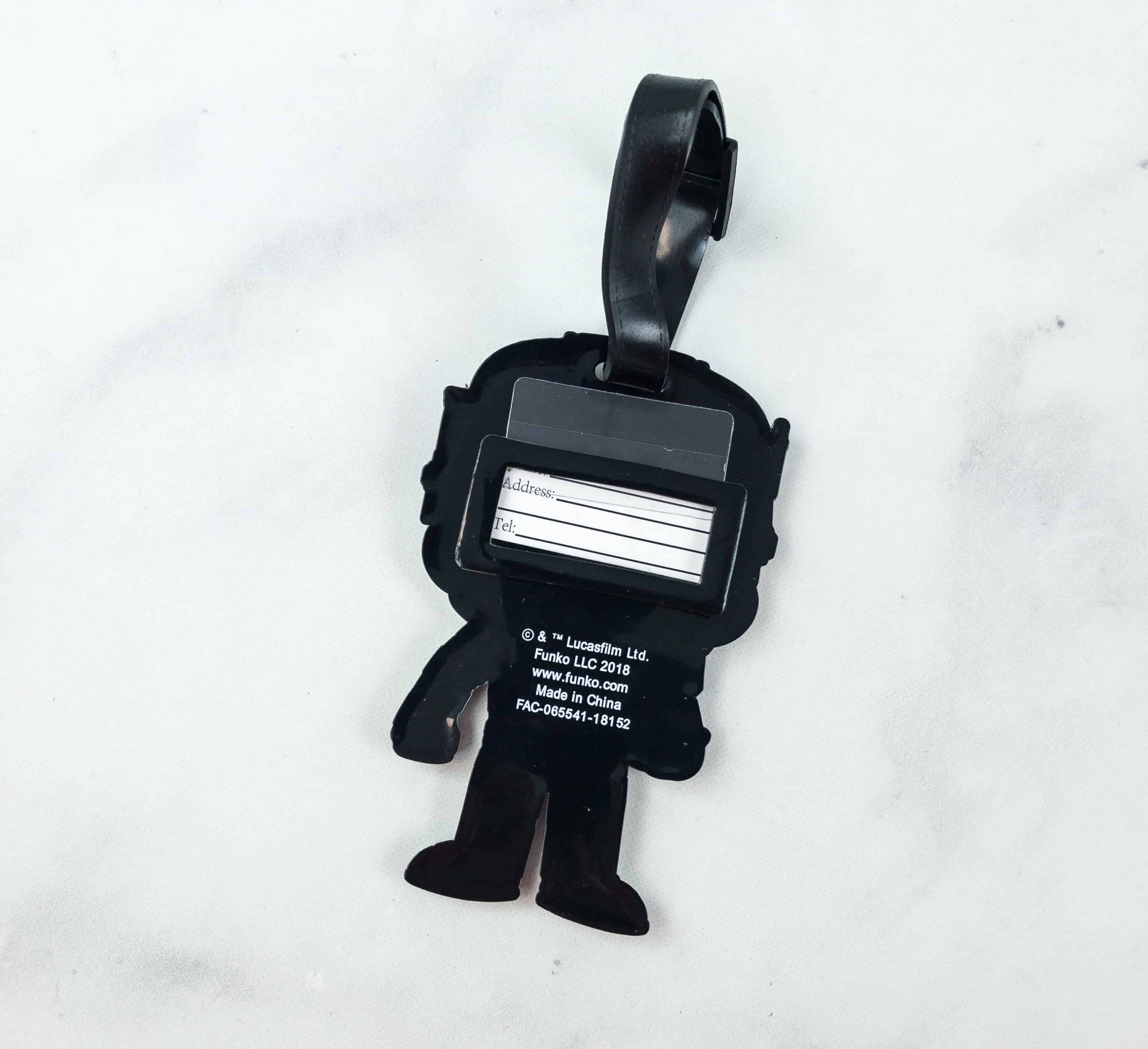 You can write some important personal information at the back so others can easily reach out to you if ever your stuff gets lost. 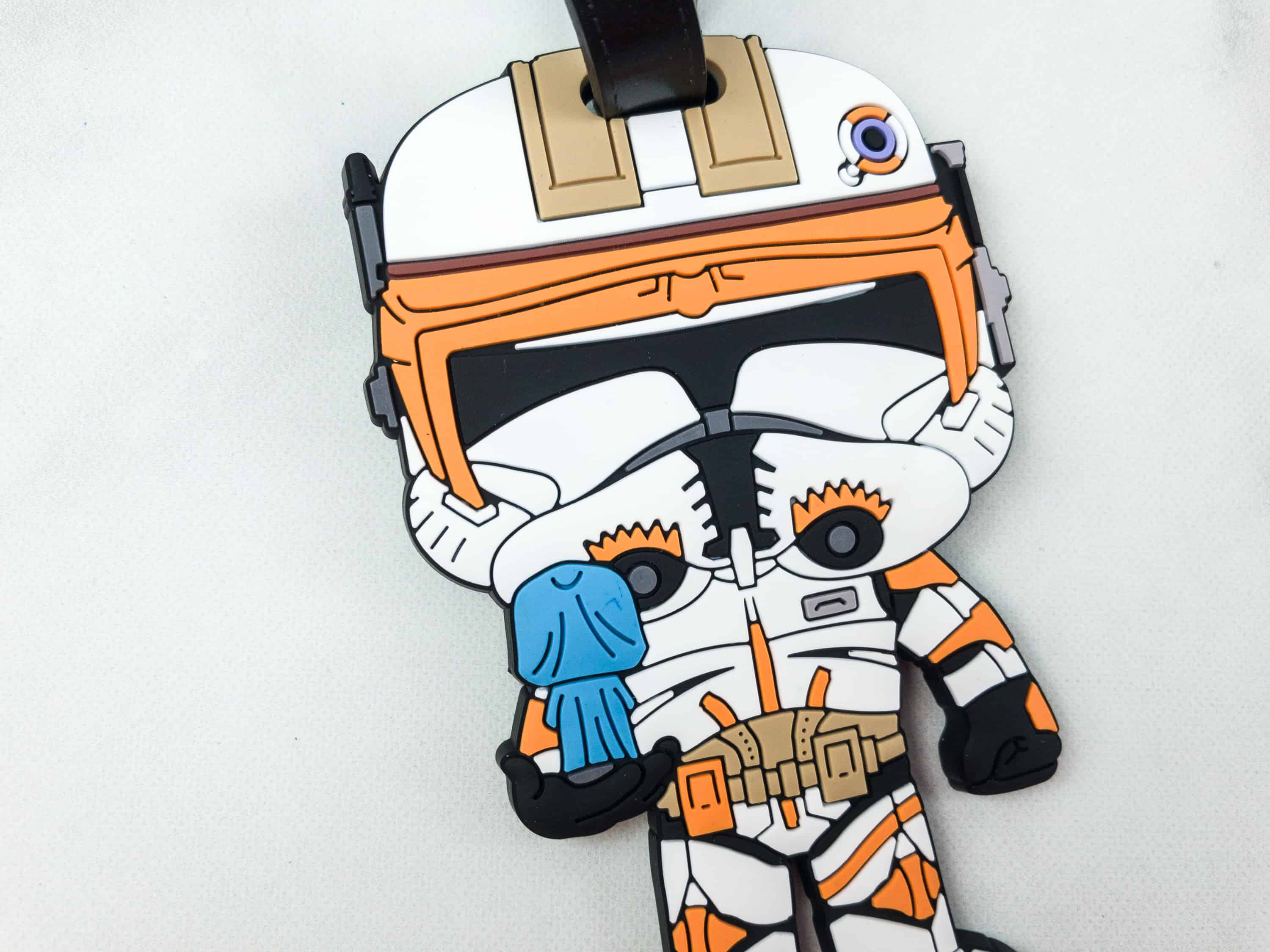 Cody was the clone marshal commander of the 7th Sky Corps, a military division of the Grand Army of the Republic. 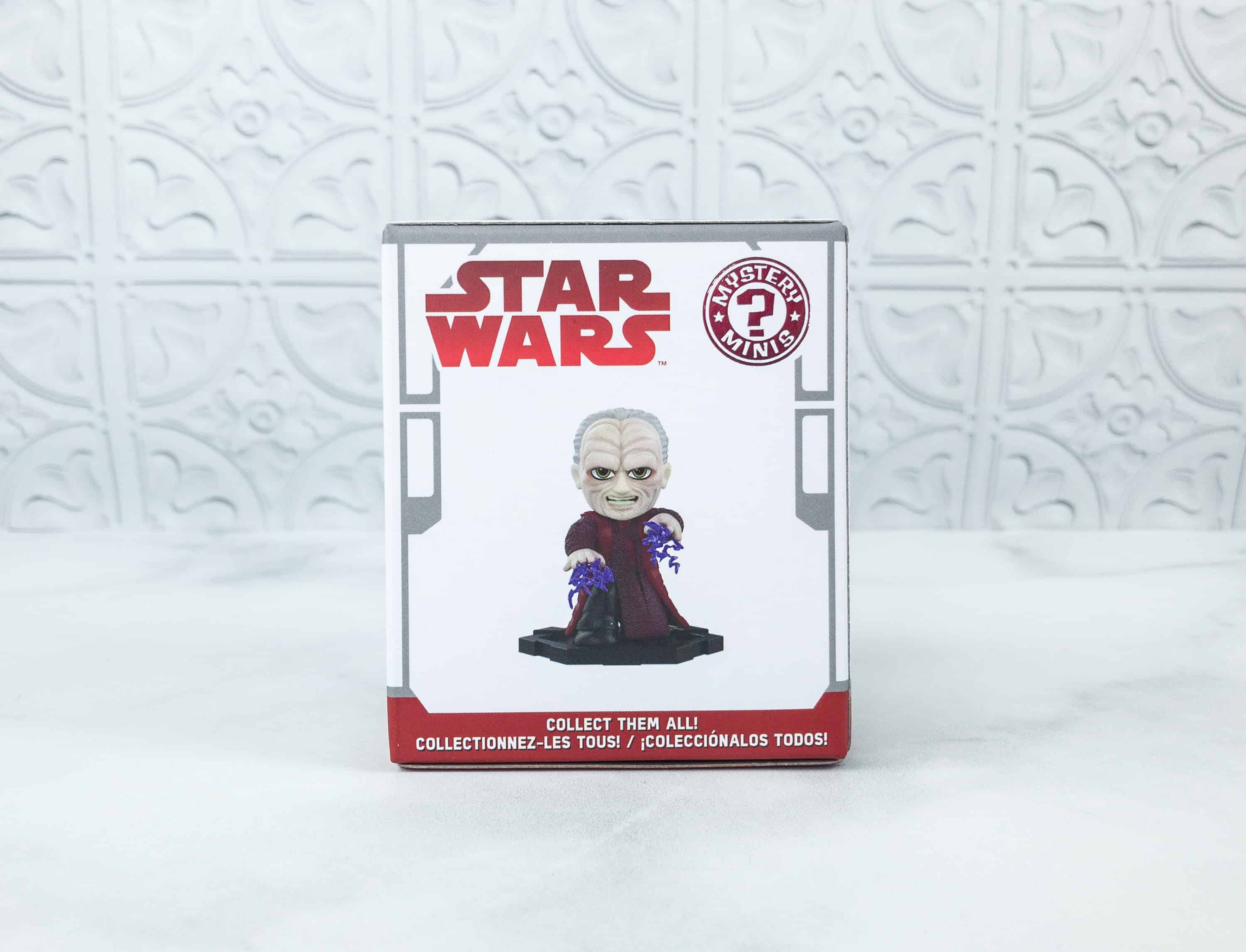 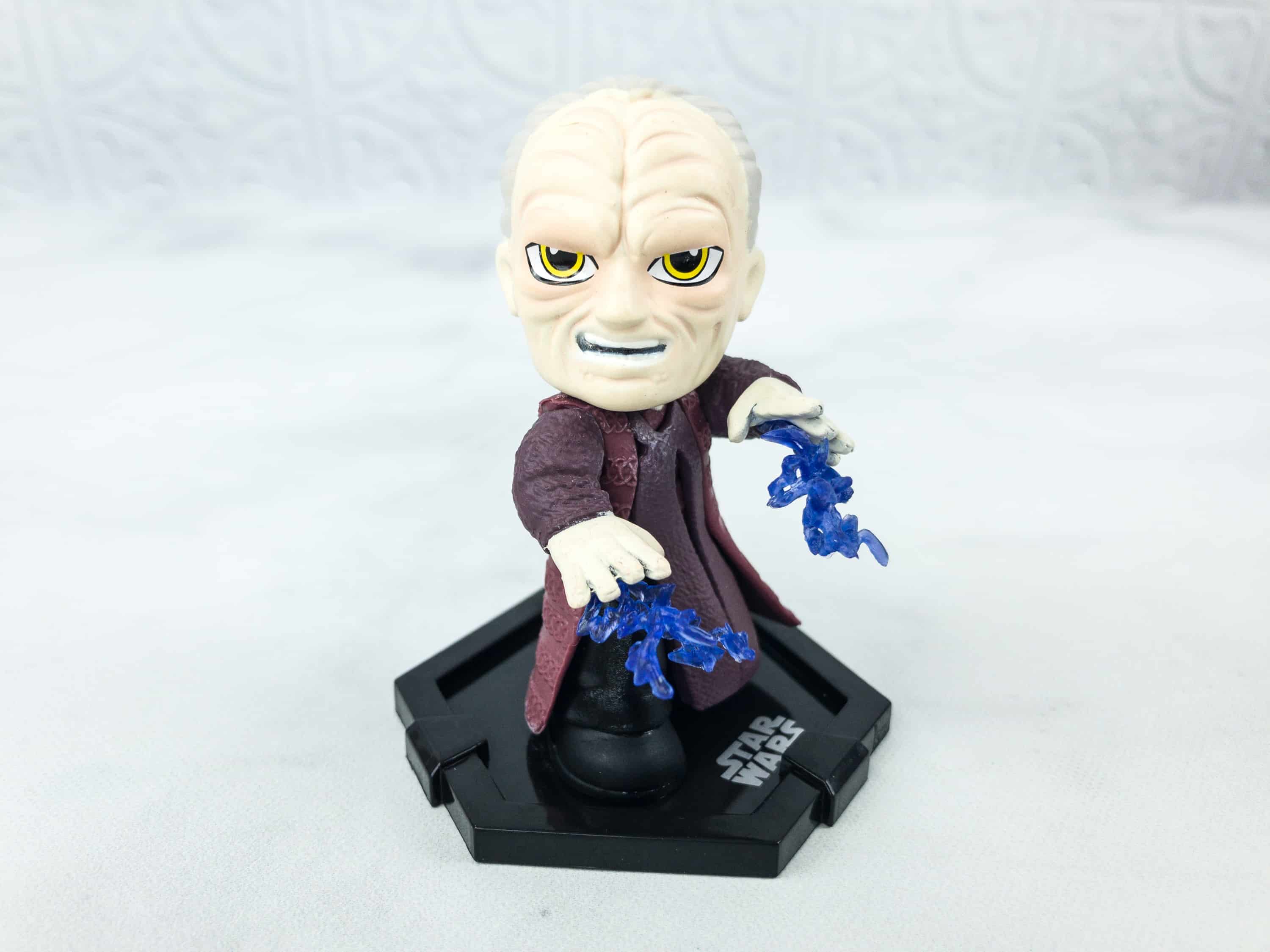 Count Dooku is the Sith Lord who leads the Confederacy of Independent Systems as Head of State during the Clone Wars. 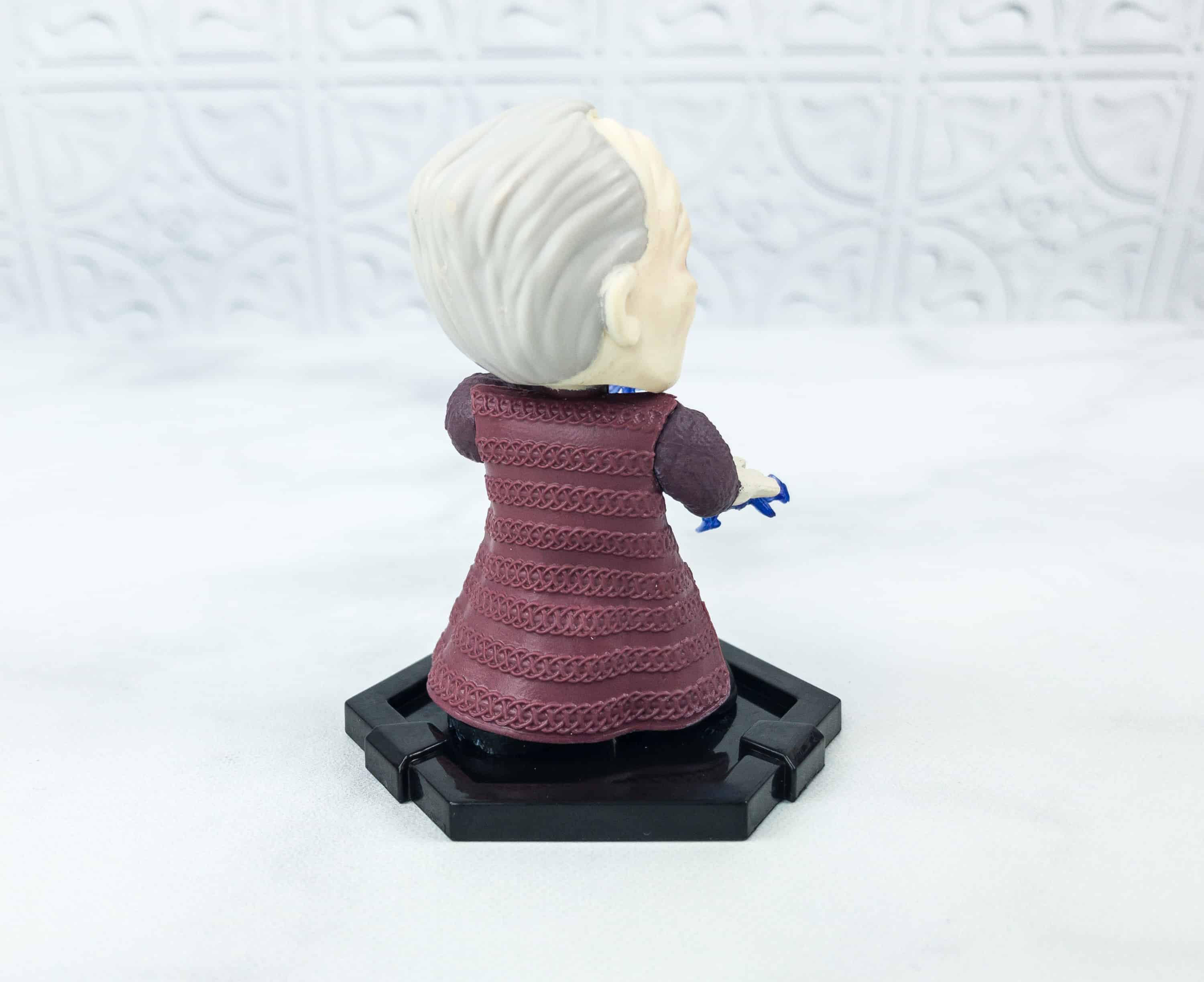 Aside from being a highly skilled lightsaber duelist, he is also a Makashi practitioner, the second form of lightsaber combat that relies on precision, speed, and economy of movement rather than wide-sweeping strikes. 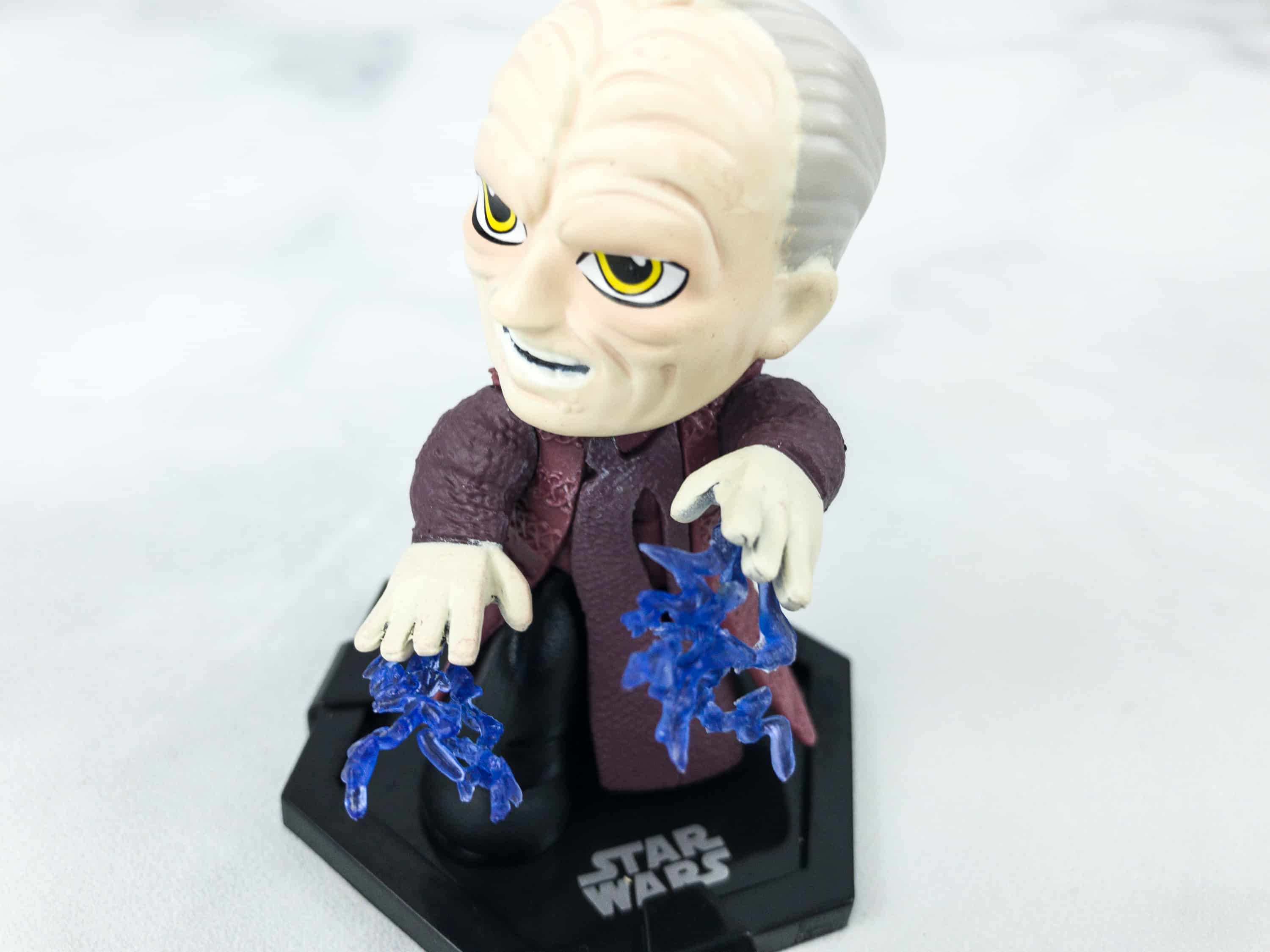 He was once a Jedi trained by Yoda but he became disillusioned with the Jedi Order and thirsted for greater power. 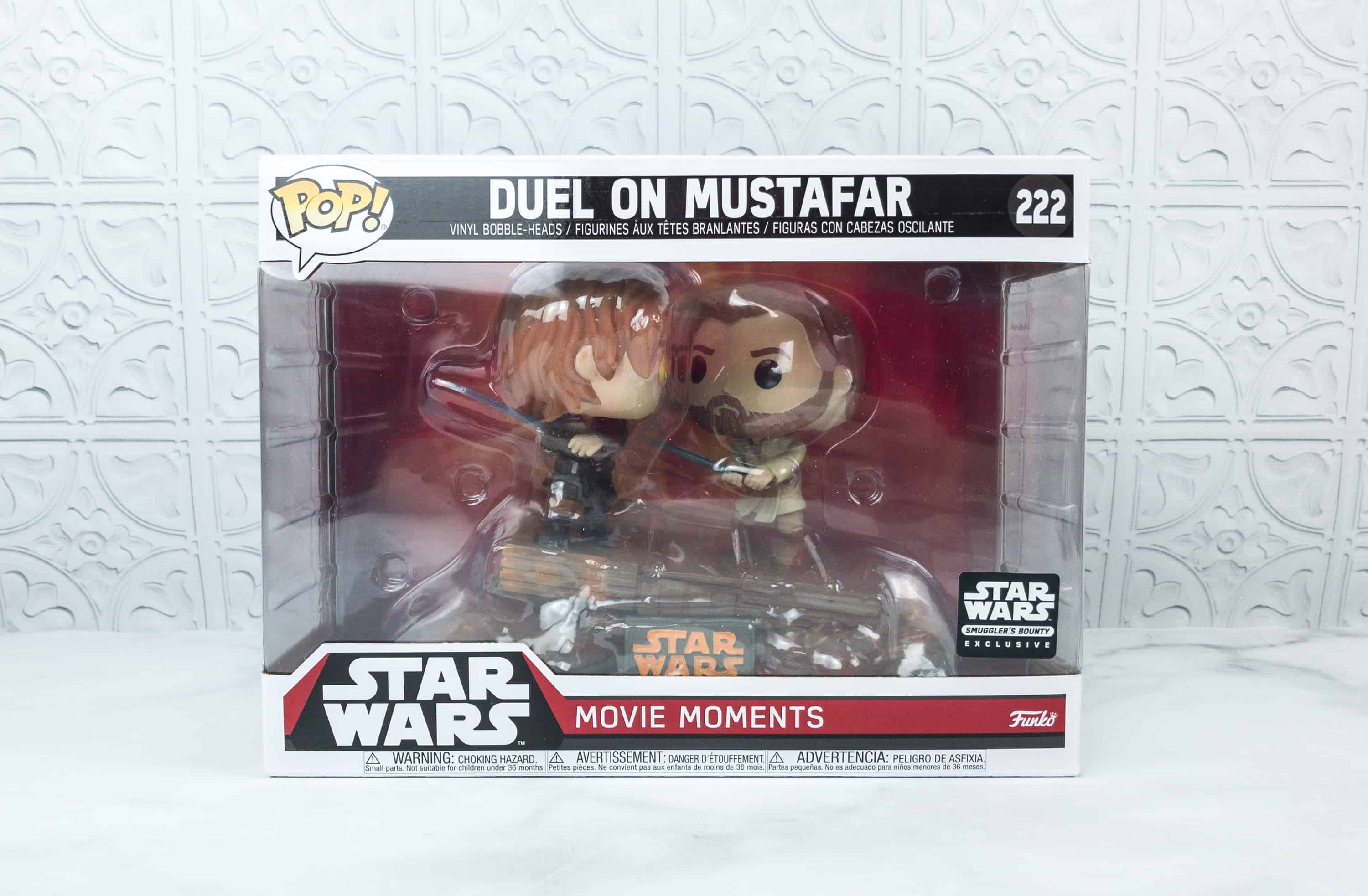 Starwars Movie Moments Duel On Mustafar Vinyl Bobble Heads. We are happy to get this pair of bobble-heads that depicts one of the important moments from Revenge of the Sith, the Duel on Mustafar! 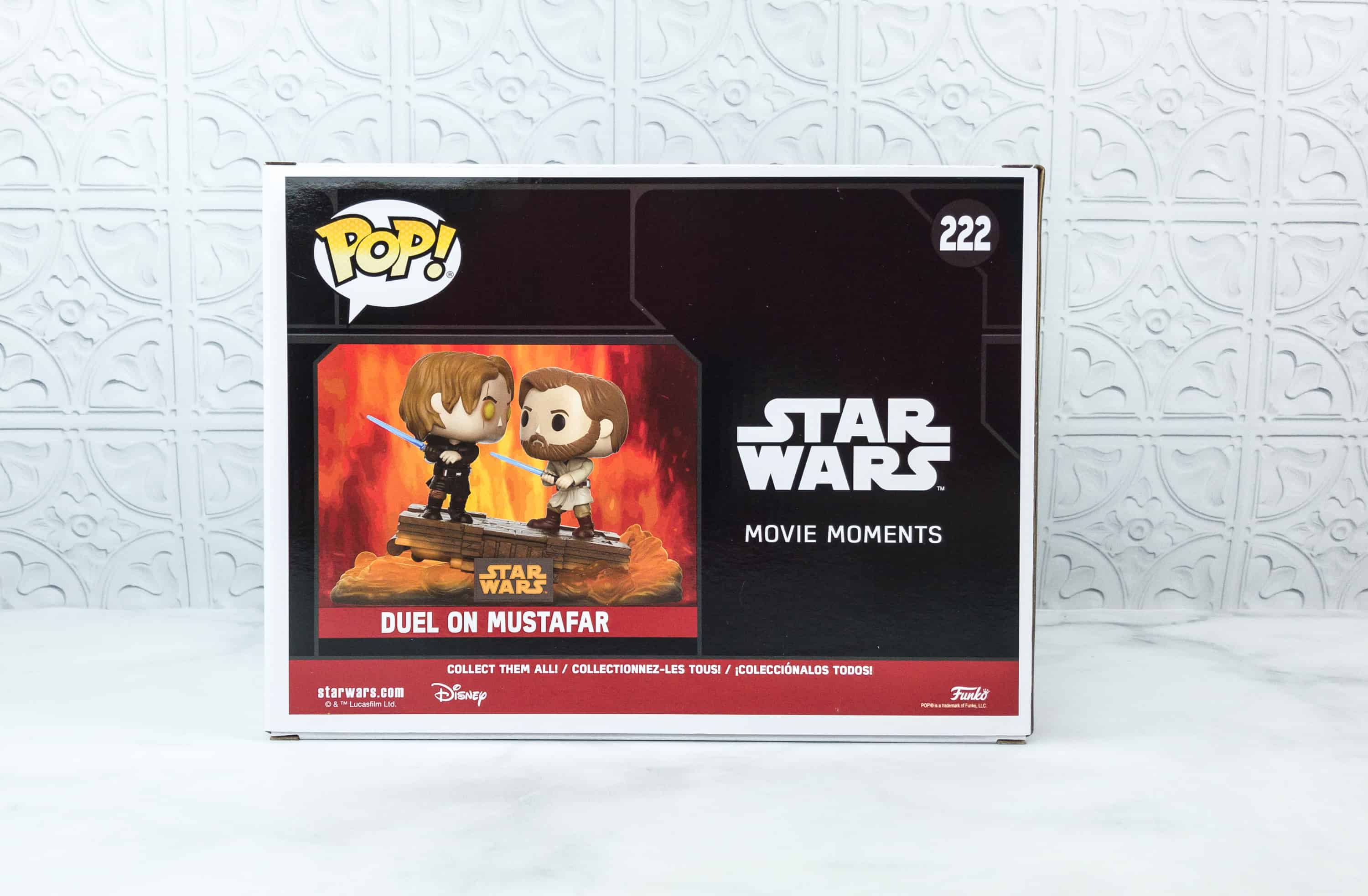 The duel pictures the confrontation between Anakin Skywalker and his master, Obi-Wan Kenobi. 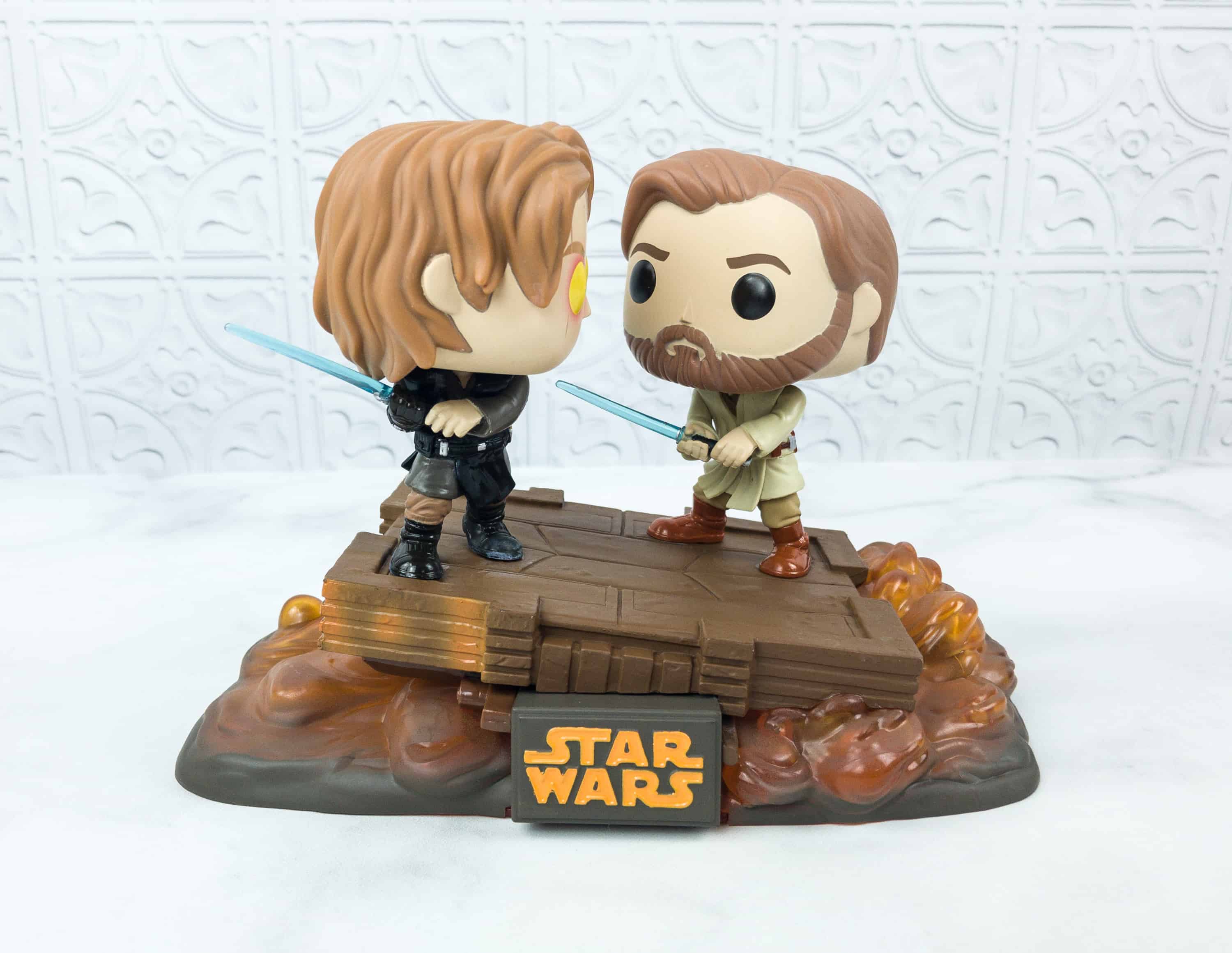 The Duel on Mustafar was a confrontation where the recently apprenticed Sith Lord Darth Vader, formerly Anakin Skywalker, fought his former best friend, and Jedi Master, Obi-Wan Kenobi, on the planet Mustafar in the Outer Rim.

During the Clone Wars, Anakin was lured into the Well of the Dark Side and corrupted him by showing a premonition of the duel on Mustafar. The duel began after Darth Sidious tasked him with the assassination of the leaders of the Confederacy of Independent Systems on the Outer Rim planet Mustafar. 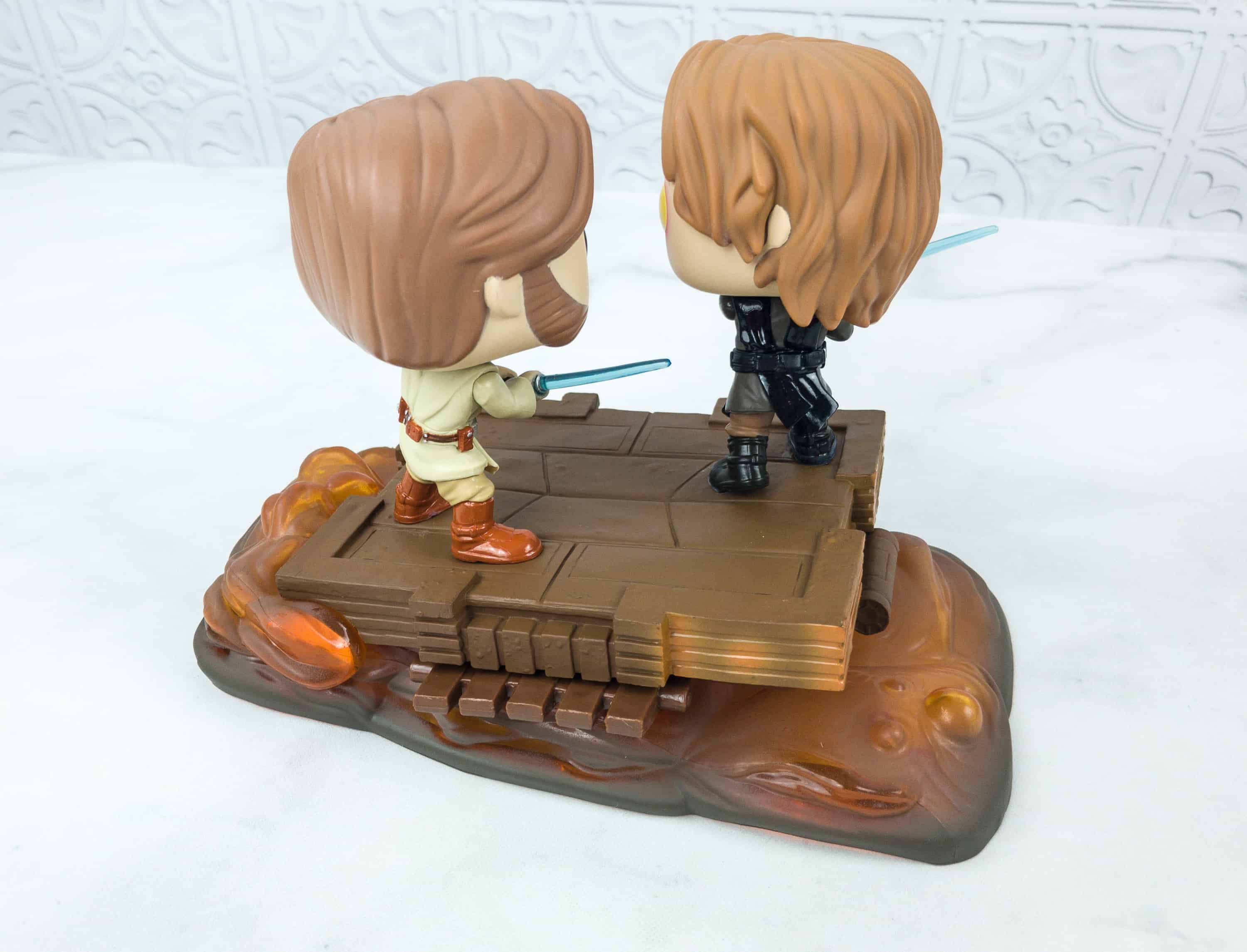 The figure’s base even shows the structures of the massive facility that hovered over the deadly lava of Mustafar, where the two characters fought. 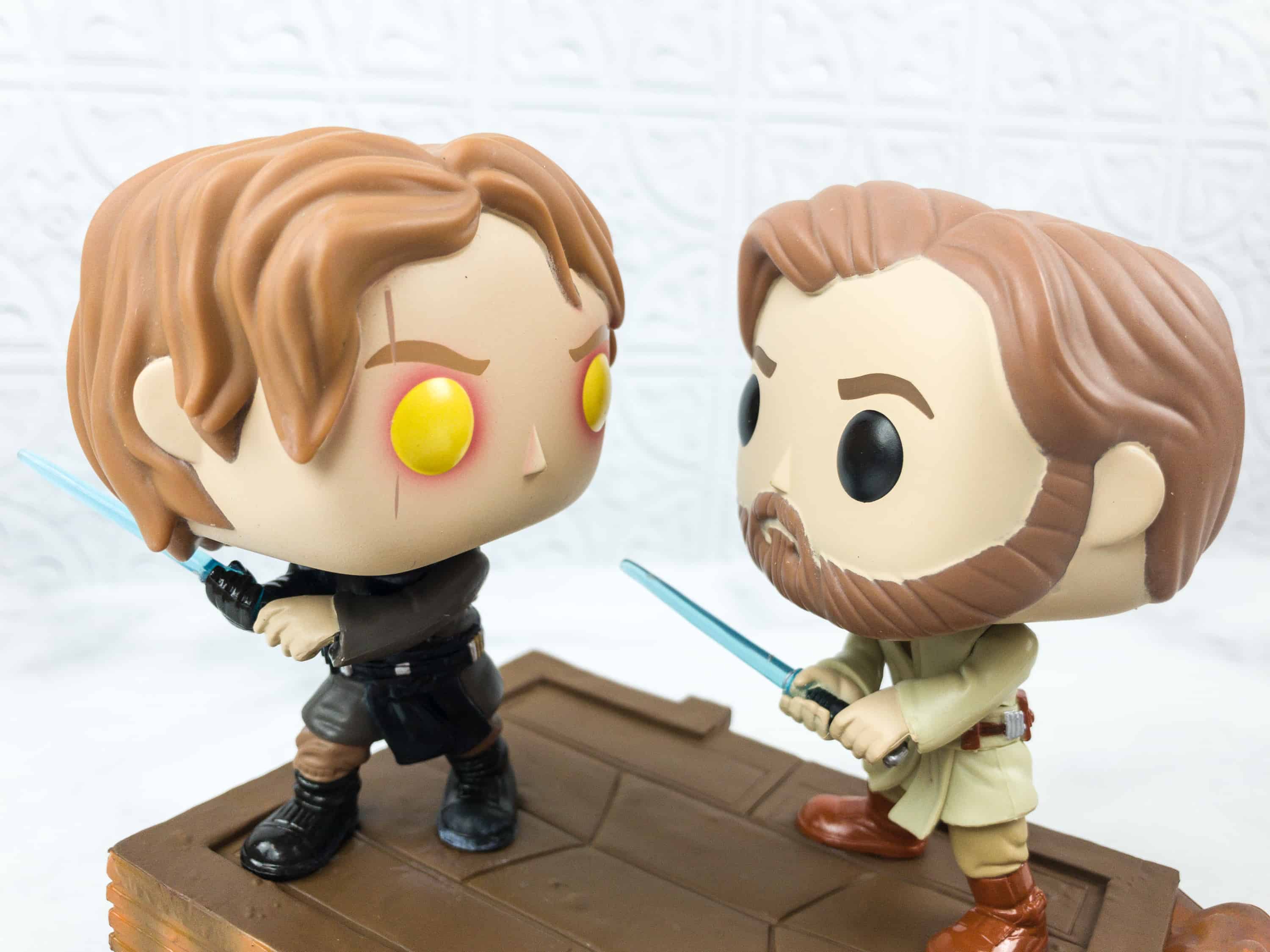 This is one of the most iconic POP!s I’ve seen, as it shows one of the most important confrontation scenes of the franchise. Anakin Skywalker (Darth Vader) ended up badly wounded and was retrieved by his new master, Darth Sidious, after the duel, while Obi-Wan retreated, but he also took Vader’s lightsaber with him.

Another box that’s a sure win as it again includes two bobbleheads, with one even depicting an iconic scene from the movie! The Darth Sidious figure is a good addition too, I can put him at the side as he also played a role on the duel’s aftermath. These wobbly Star Wars figures are amazing! The patch, pin, and tag are like bonus items as the figures are already fantastic! However, we missed receiving wearables. Still, it’s a great month for Smuggler’s Bounty, the wookies in us are really happy!

What do you think about the May box?