Little Passports World Edition is a monthly kids’ educational subscription box with fun activities about the different countries in the world. This box is designed for children 6-10. Your child will learn about the geography and culture of the world with a monthly delivery of around the world adventures.

For this month, they are featuring the land down under, Australia!

DEAL: Get your first month FREE on 6- and 12-month subscriptions! Just use this link and coupon code FIRSTMONTH.

A Letter From Sam & Sofia. In this letter, Sam and Sofia told us about their amazing adventures in Australia.

Through this letter, we were also able to learn more about the country, about boomerangs, and the Dreamtime symbol!

The Sydney Harbour Bridge Postcard. The postcard features one of the most iconic landmarks in Australia, which is also located near the famous Sydney Opera House.

The Sydney Harbour Bridge is a steel through arch bridge across Sydney Harbour that carries rail, vehicular, bicycle, and pedestrian traffic between the Sydney central business district (CBD) and the North Shore.

The back of the postcard tells us more about the picturesque view!

Boarding Pass and Sticker. Of course, it wouldn’t be Little Passports if it weren’t for their signature boarding pass. It usually emphasizes the essence of the country. Sam and Sofia are hanging out at the beach and are practicing surfing. Beside it is a sticker that features the most famous Australian landmark, the Opera House in Sydney!

You can use the information on the passes to check the website for pictures and other fun stuff. All aboard!

The sticker looks great on our suitcase!

We also pinned Australia in our world map!

Activity Booklet. Each month, there’s an activity book included that’s focused on the destination country. It has fun activities that will allow you to learn more about the different countries in the world.

The first set of activities include a word search of Australian animals. There’s also a recipe for lamingtons, an Australian cake that is made of butter or sponge cake rolled in chocolate sauce and desiccated coconut.

When you unfold the other page, it reveals the different Marsupials found in Australia!

There’s a wallaby which looks similar to a kangaroo, a cute koala, a bandicoot which is endemic to the Australia-New Guinea regions, a stubby-tailed wombat, and of course, a kangaroo!

The Great Barrier Reef, off the coast of Queensland in northeastern Australia, is the largest living thing on Earth, and even visible from outer space. The 2,300km-long ecosystem comprises thousands of reefs and hundreds of islands made of over 600 types of hard and soft coral. It’s home to countless species of colourful fish, molluscs and starfish, plus turtles, dolphins and sharks.

Another fun activity included in this month’s box is a scratch kit.

The kit includes some scratch cards with Australian Icons and Dreamtime Symbols that the kids will trace.

Dreamtime Symbols is a form of Aboriginal art and culture, and are used to tell stories about our planet, celestial bodies, land, and animals that have been passed down through generations.

Here are some popular Dreamtime symbols in the land down under, like the boomerang, which was the item that Sam and Sofia were talking about in the letter that brought them to Australia! And there’s the popular Kangaroo that my son is tracing!

There are lots of symbols to trace and scratch!

My daughter even drew designs on the boomerang inside the land of Roos!

Finally, my son traced the most iconic landmark of all, the Sydney Opera House, which looks like a ship floating in the water, but is actually one of the 20th century’s most distinctive buildings!

This month, we ticked off one of our Little Passports dream destinations. Australia is such a wonderful place with all that wildlife, historic landmarks, and delicious food! My kids definitely enjoyed tracing the Dreamtime Symbols and had fun learning about this ancient Aboriginal art too. The booklet also provided more information about the wildlife in the land down under and how cute these Australian marsupials are. We also love collecting the boarding passes and postcards that came in the box, and one of our goals is to pin if not all, most countries on the map! Little Passports surely brings us to different adventures, in different beautiful countries and destinations, right at the comfort of our home!

What do you think of Sofia and Sam’s worldwide trip this month? Let us know in the comments!

Visit Little Passports to subscribe or find out more! 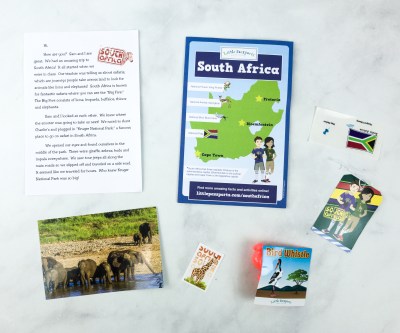 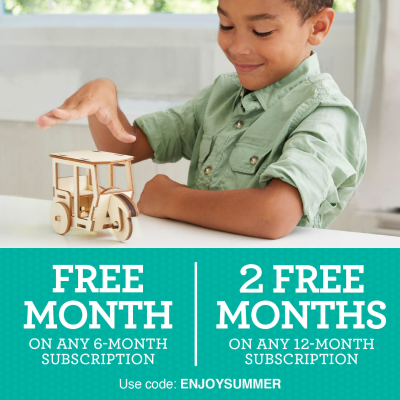 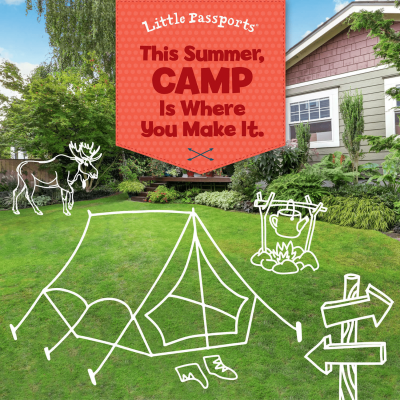