Robb Vices is a monthly subscription service that delivers a collection of “storied treasures.” The subscription costs $89.95 per month, and each box comes with incredible products and experiences that have been curated for your enjoyment.

The box is huge! It is the size of a padded laptop shipping box. The large size lets them ship fragile and really expensive stuff with adequate padding.

Want to start with one box? Just use coupon code TEATIME if you wish to get the Robb Vices Tea Experience box (see review) as your first box OR CELEBRATION18 if you want the Great Celebration box (see review) first.

Even the padding in the box is exquisite! It has a foam insert that cradles everything inside, and it even has a velvety surface. It all has a very high-end feel to it, and unboxing everything from the custom case makes you feel a bit like a secret agent selecting your gear.

The story of the premium products is told through a giant, novella-sized booklet with multi-page featurettes on each selection. It is the most thorough exploration of products I’ve seen in a curation, as each one has the equivalent of a magazine article written about it. The quote on this month’s booklet are actually lyrics from the box’s featured band!

The styling of the booklet is very sleek and elegant, with tons to read. Tons of high-quality photography, too.

There’s also a page that lists the brands who contributed items to the box. Dawes, Altec Lansing, & Rocky Mountain Soda Company are the brands we have in this box.

Everything in the March 2018 Robb Vices box!

These pages provide more information and a little history about the band, as well as their songs and albums. Dawes is an American folk-rock band which originated from Los Angeles, California.

Dawes All Your Favorite Bands Vinyl Record ($15.89) It’s Dawes fourth studio album in vinyl format. The title track is a break up song, a thoughtful and heartfelt one at that. The band attributes a lot of influence to Dire Straits and Dylan, but the vocals are much more less affected than the latter. Their music has a folksy, singer-songwriter quality lyrically, but the sound is very adult contemporary with some blues-y, but polished influence. When I listen to them, I am reminded most of Gordon Lightfoot, though with less of a golden edge.

There’s a total of 9 songs in this album and they’re all good!

More band photos are included in the album…

…as well as song lyrics that make it easy for you to sing-along and familiarize yourself with their music.

The songs on the vinyl is divided to two. Side A is composed of Things Happen, Somewhere Along The Way, Don’t Send Me Away, All Your Favorite Bands, I Can’t Think About It Now.

To Be Completely Honest, Waiting For Your Call, Right On Time, and Now That It’s Too Late, Maria are the songs on Side B of the vinyl. The slow rock songs on this album are really great!

A page on the booklet features Altec Lansing, an American company founded in 1927.

They also invented the Voice of the Theater speaker series in 1940’s which gives movie goers their first ever movie with pictures and sounds.

Altec Lansing USB Turntable – SIMILAR ($59.95) They sent us an actual turntable where we can play the vinyl album! Isn’t that so cool? The stereo turntable is a bit modernized with Bluetooth connection in addition to RCA compatibility and built-in speakers. We couldn’t quite get the Bluetooth function to discover our Bluetooth-enabled speaker at home, but the feature is super-handy if you have a reliable Bluetooth setup.

It features a powerful 30 watt stereo speakers, and you can also use the RCA outputs and easily connect your turntable to your own sound system the old fashioned way.

The ceramic stereo cartridge with stylus plays two speeds – 33 and 45 RPM with an Auto-Stop ON/OFF switch. The player itself can also handle 78 RPM records if needed. This Auto Stop feature automatically stops playing at the end of the record.

The belt-drive design isolates the platter from motor vibrations, resulting in increased clarity and high-fidelity audio. It includes a center-post expander (and storage slot for it) for use with those pesky 45s with the large center holes.

When the blue light indicator is on, it means that it is already paired with another gadget using Bluetooth.

Rocky Mountain Soda Company is known for its high quality and unique sodas.

Rocky Mountain Soda Co. Root Beer ($1.50) This soda has a note of warm vanilla and caramel that glides along a creamy cloud of delicious sassafras flavor.

It also has a touch of cinnamon and nutmeg to give a grounded earthiness that ends with a spicy taste.

You can create your own Classic Brown Cow using the root beer, chocolate syrup, and vanilla ice cream. The full recipe is provided in the booklet.

Robb Vices just keeps on outdoing itself every month. Everything in this month’s box go well together: the vinyl album, the turntable, and even the soda bottle which makes for a refreshing drink while listening to good music. I was really impressed with the turntable, it’s user-friendly and it looks classic but at the same time tweaked to modern standards. It’s good to spoil yourself once in a while, and this subscription is great for that purpose!

What do you think of this month’s Robb Vices box?

Visit Robb Vices to subscribe or find out more! 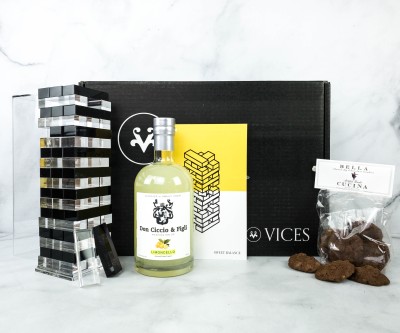 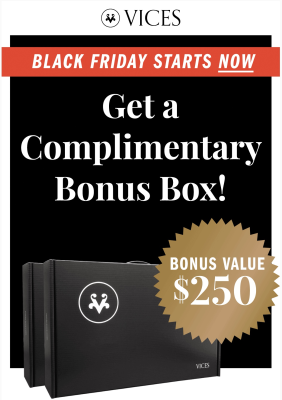 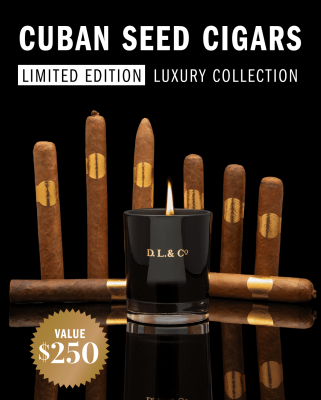 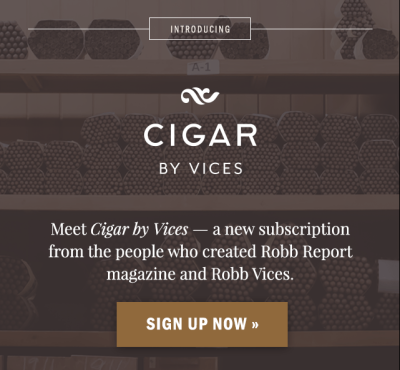