Menlo Club, formerly Five Four Club, is a men’s clothing monthly subscription club – sign up, pick a style profile and your sizes, and get clothes every month. The subscription is a $60 flat monthly fee, and traditionally subscribers receive a variable number of items each month, depending on the value of the month’s selections (months with several items usually include a tee-shirt or other lower value item). This subscription ships at the end of the month.

UPDATE: Five Four Club has rebranded and is now called the Menlo Club. The Menlo Club subscriptions may now include Five Four branded clothing, shoes from the New Republic footwear line made in collaboration with Mark McNairy, and the Grand AC athletic and leisure wear line. New Republic and Grand AC items each will be featured two months of the year, with Five Four selections appearing in the remaining eight months. Read all about the changes here.

Everything in this month’s box! This is a Grand AC month!

FiveFour Stride Pullover in Black. Unlike the two-tone pullovers on their website, the Stride in black is plain and has a classic crew neck which makes matching easy. The itemized receipt listed this as a Five Four product, but it is clearly a Grand AC and labeled as such.

I like the zippered front pocket. You normally wouldn’t expect a zipper on a breast pocket, but it is very practical, given the appropriateness of this gear for athletic endeavors. The actual zipper is in a dark grey shade that works as an accent so it looks streamlined and very minimalist.

There’s also a drawstring at the hem that adds a sporty look to it, allowing you to cinch as desired.

FiveFour Rover Joggers in Black. A matching pair of joggers were also included in the box. It’s plain black with a drawstring waist.

This may look like a regular pair of joggers but there are actually details that make this piece stand out. Like the pullover, it has a zippered pocket closure on each hip pocket.

There is also a snap-closure cargo pocket.The size of the pocket is enough for bringing small gadgets or items while you’re on-the-go — it s sewn with a panel on the bottom, creating a lot of room.

Shopping isn’t for everyone, so if you want to expand your wardrobe while skipping the mall, Menlo Club is a great subscription to take advantage of. You have the option of choosing what profile you would want so you will only get items that are a fit for your fashion sense. It’s a great way to explore different styles, too, as you can choose a profile outside your ordinary comfort zone if you are feeling adventurous. I’m excited to see what else Menlo Club as to offer in the coming months!

What do you think of this men’s clothing subscription?

Visit Menlo Club to subscribe or find out more!

Get your first box for just $25! Use coupon code HelloSubscription and Use this link to subscribe. 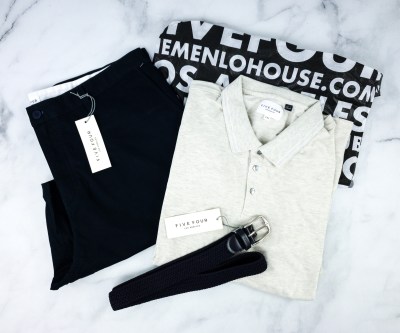 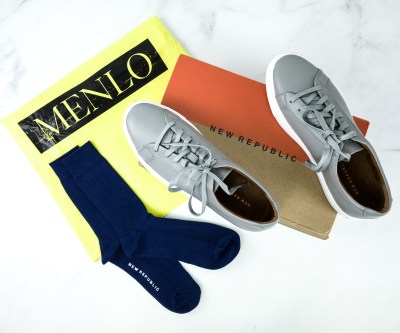