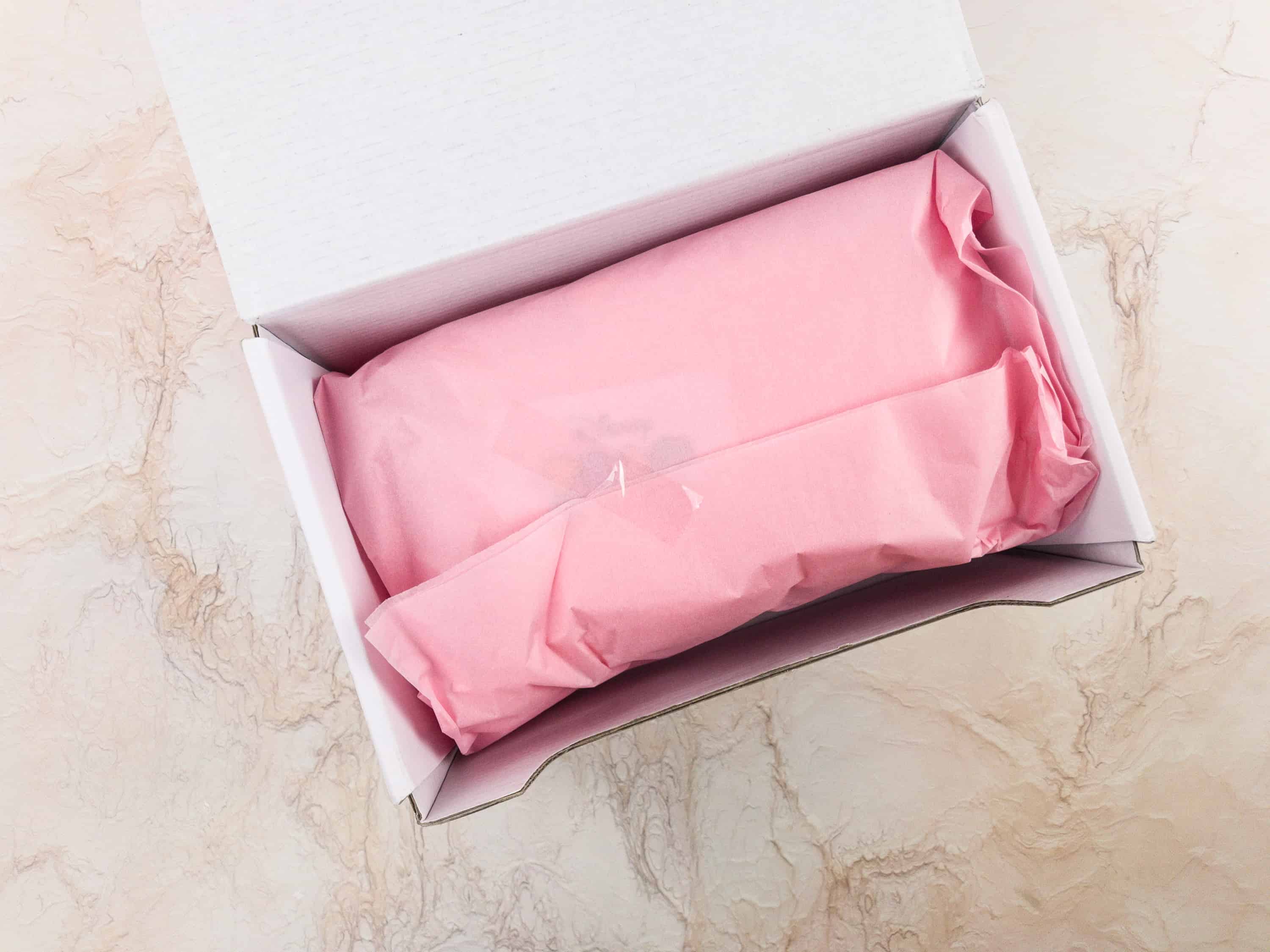 Disney’s Tsum Tsum Subscription Box is a monthly subscription box with 2 official Tsum Tsum plush. They have recently relaunched, and they made a few changes from the last subscription.

Inside the new box,  you’ll find one of four adorable possibilities:

I love that Disney is getting with the program on their subscriptions and making them super special. To be fair, some collectors are disappointed that the old-style window box is no longer included, but we play with our Tsums so we’re happy with this. 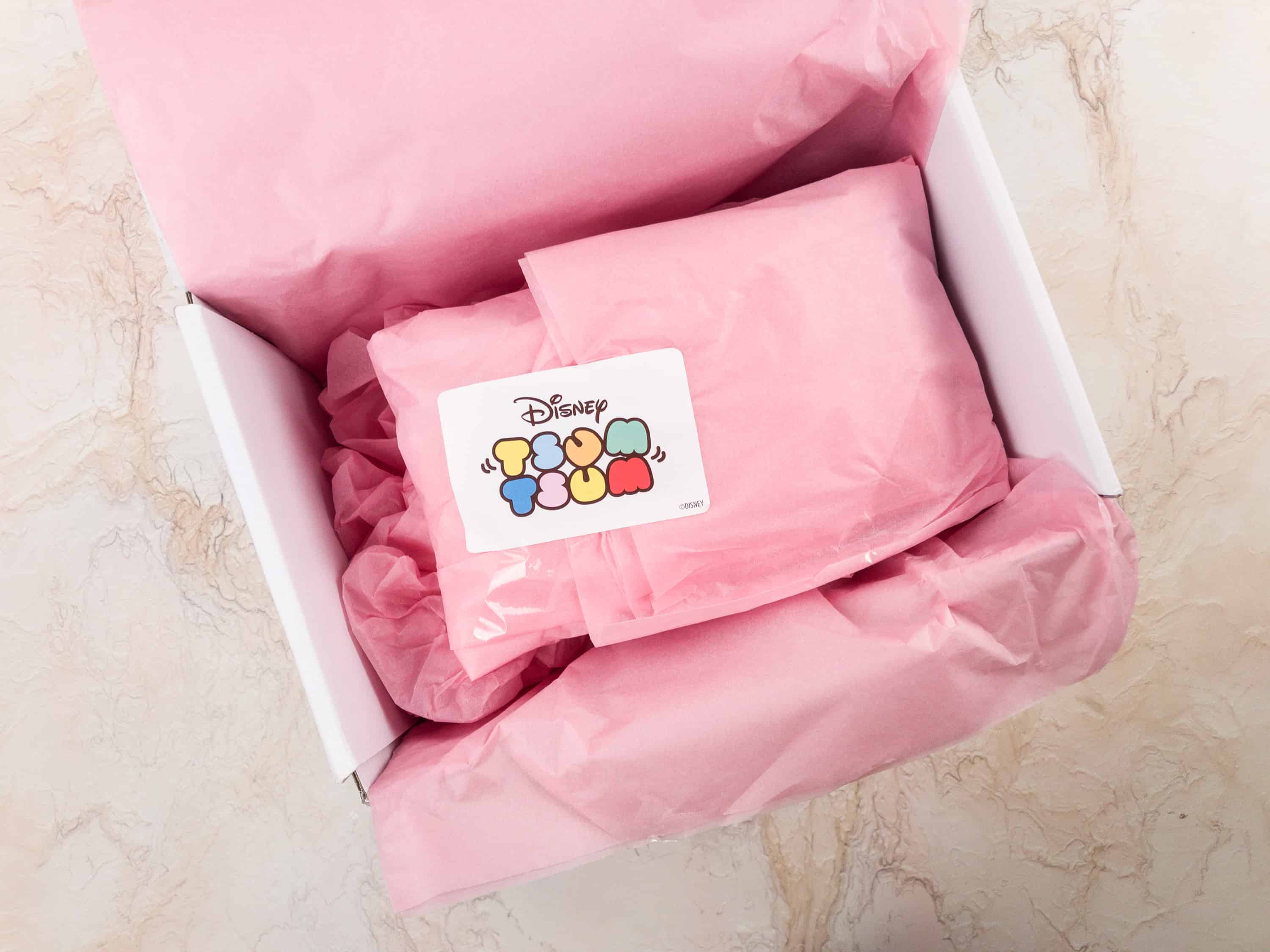 I love that Disney is getting with the program on their subscriptions and making them super special. To be fair, some collectors are quite upset that the old-style window box is no longer included, but we play with our Tsums so we’re happy with this. 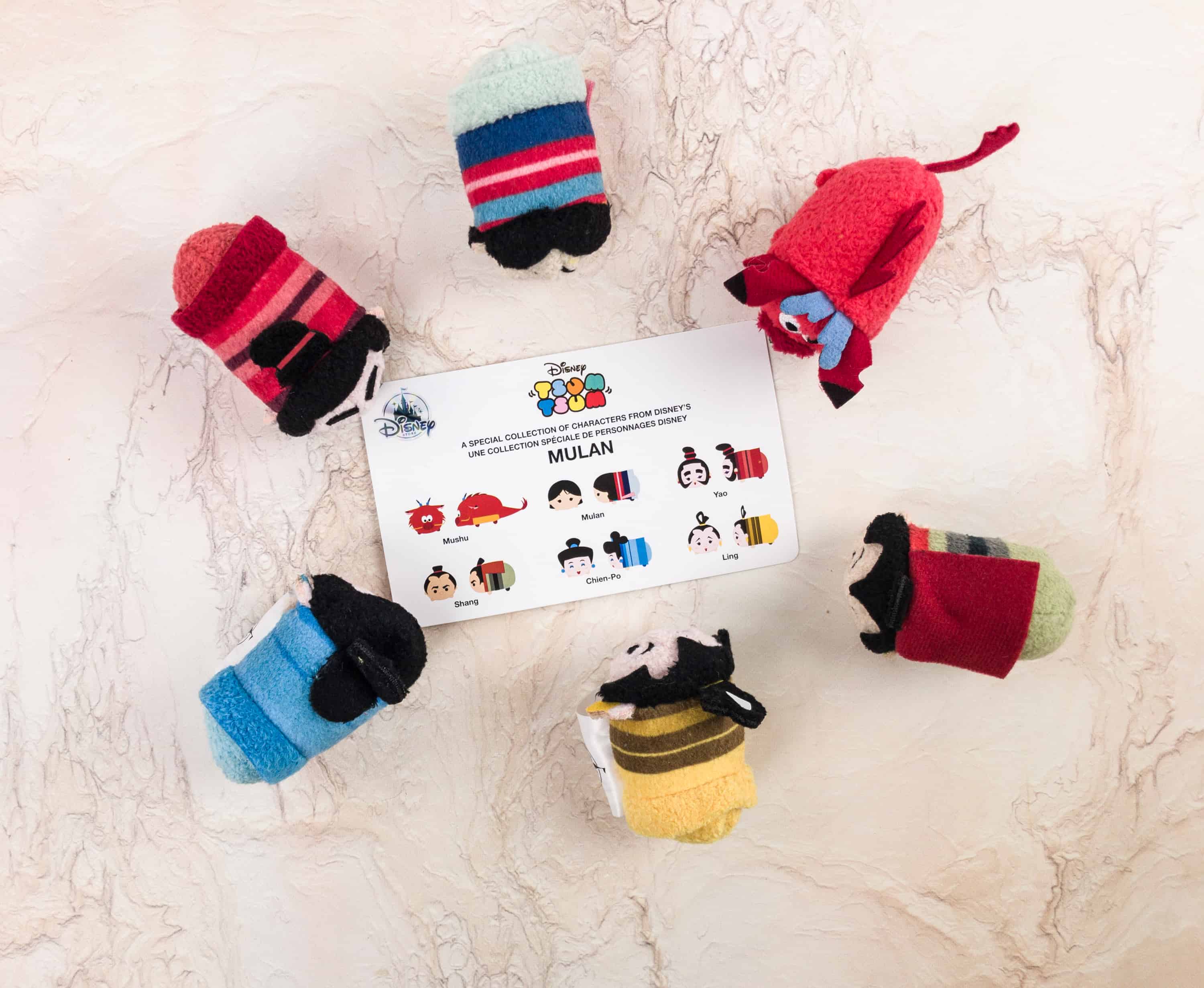 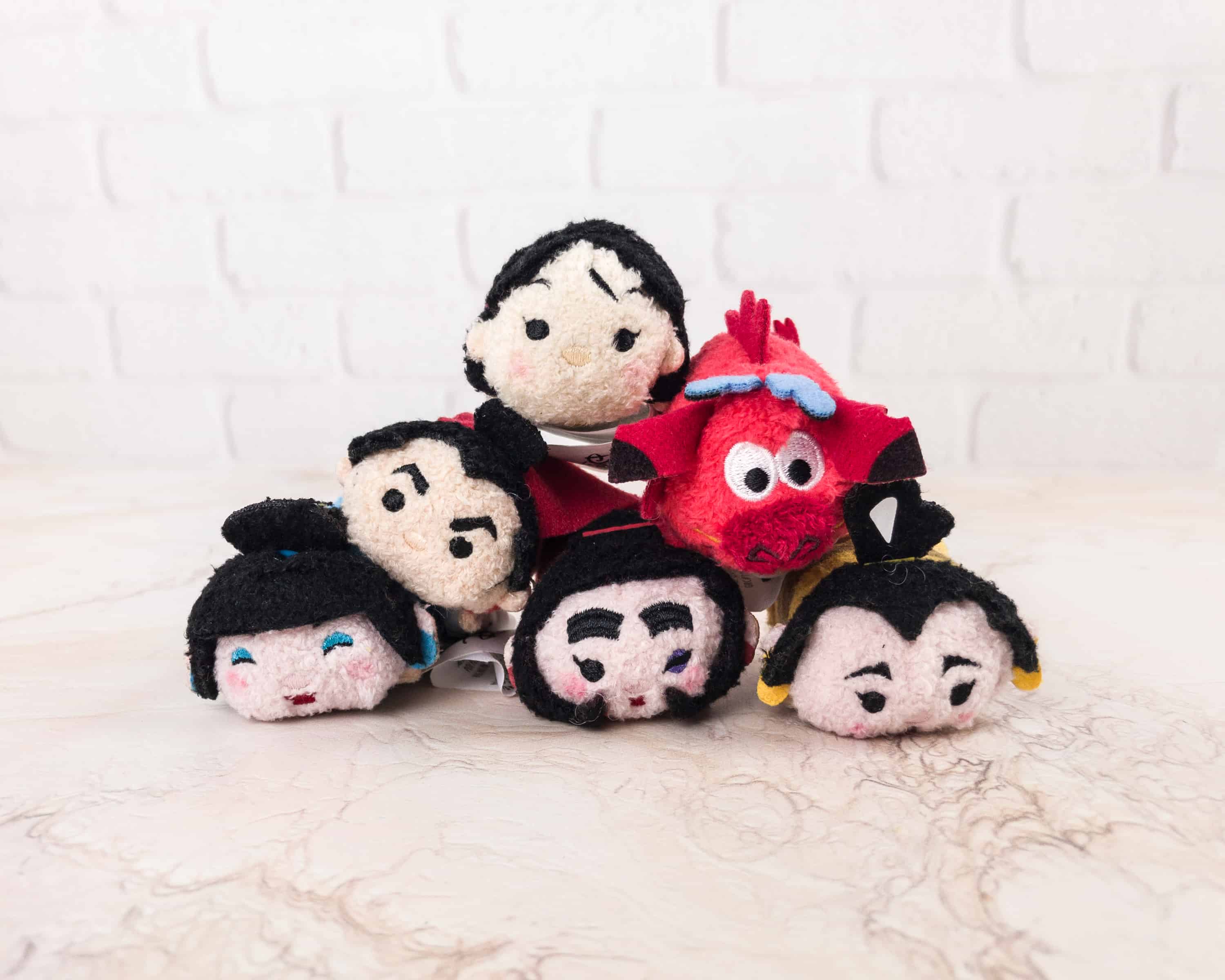 This month’s Tsums are from Disney’s MULAN. We have Mulan, Shang, Mushu, Chien-Po, Yao,  and Ling. 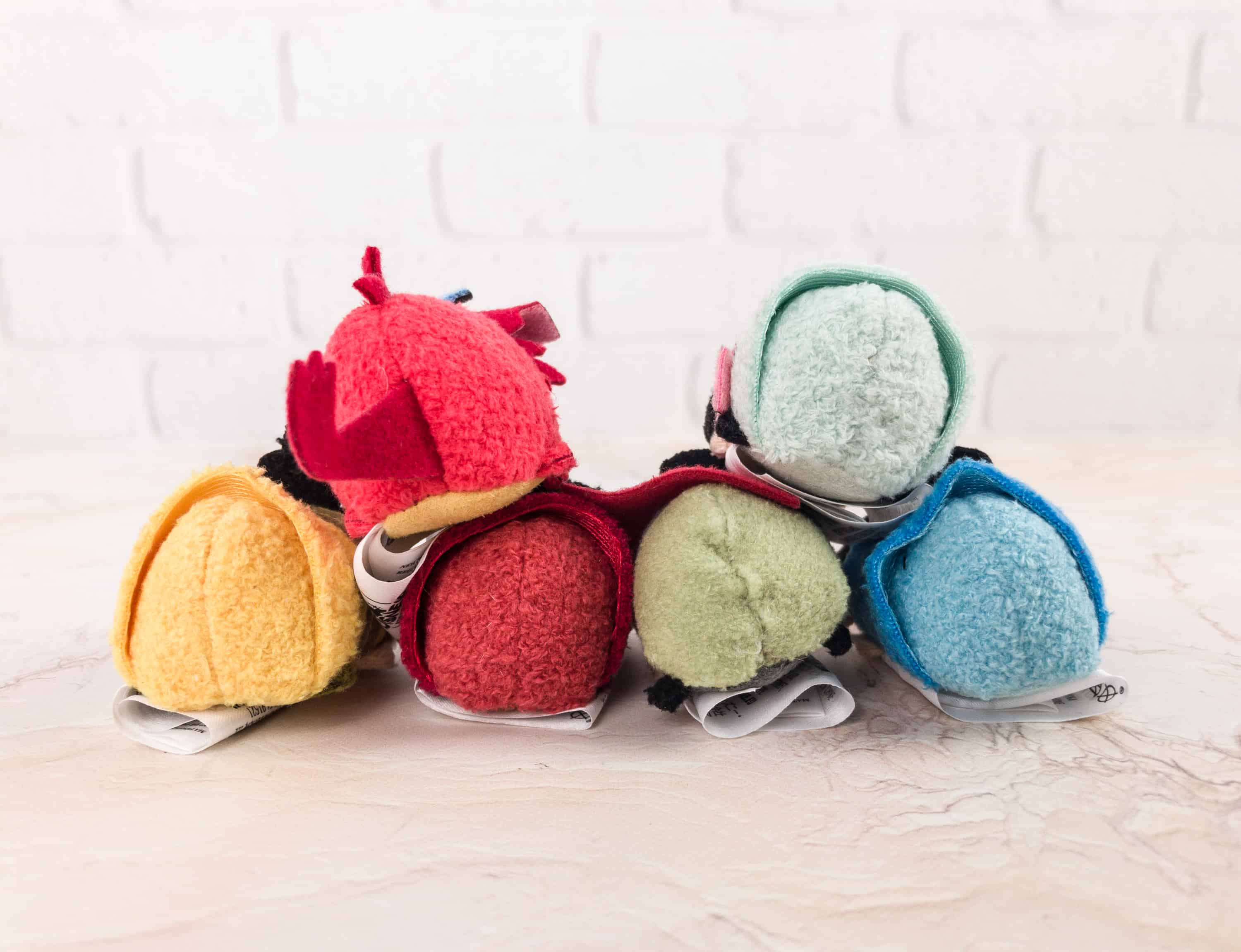 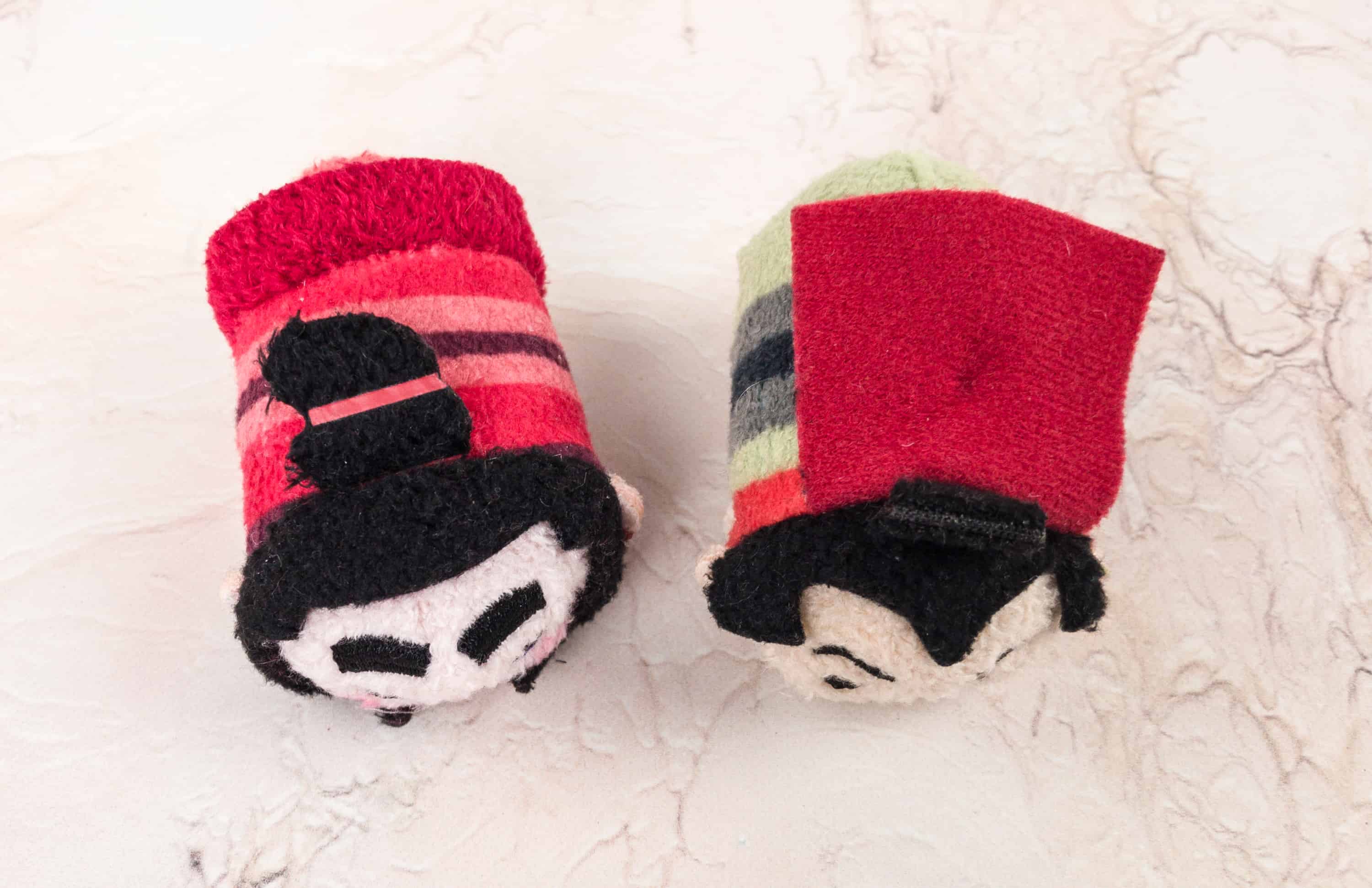 Yao & Shang. They are both a part of the Chinese army, but is on the opposite position. Shang, being the army captain and husband of Mulan, is regarded as a highly capable leader with unmatched dedication. Meanwhile, Yao is a self proclaimed leader of his three-man team, grouped with Ling and Chien Po. 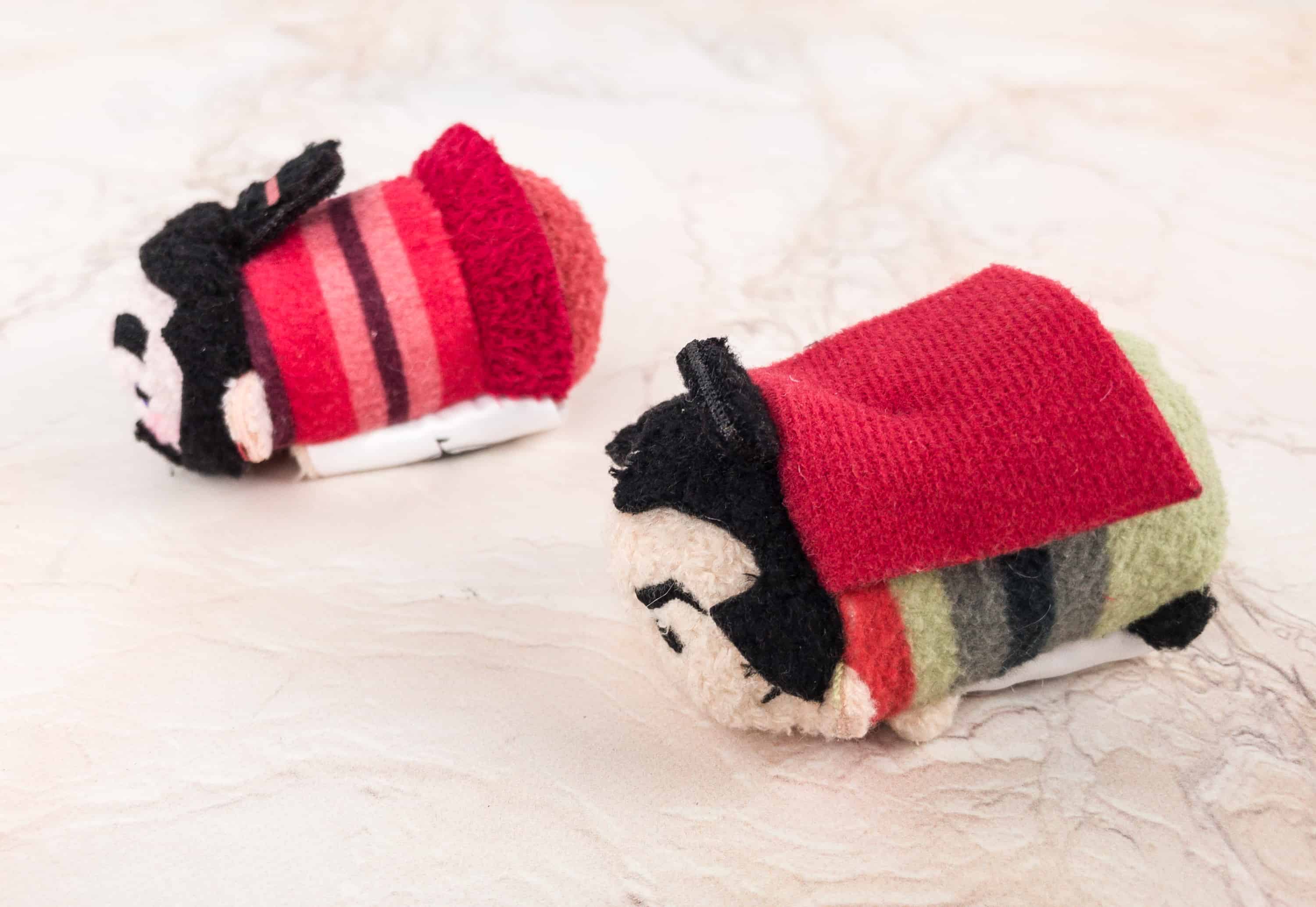 Both Tsums really looked great, Yao having his patented mustached and a cute royal build for Captain Shang! 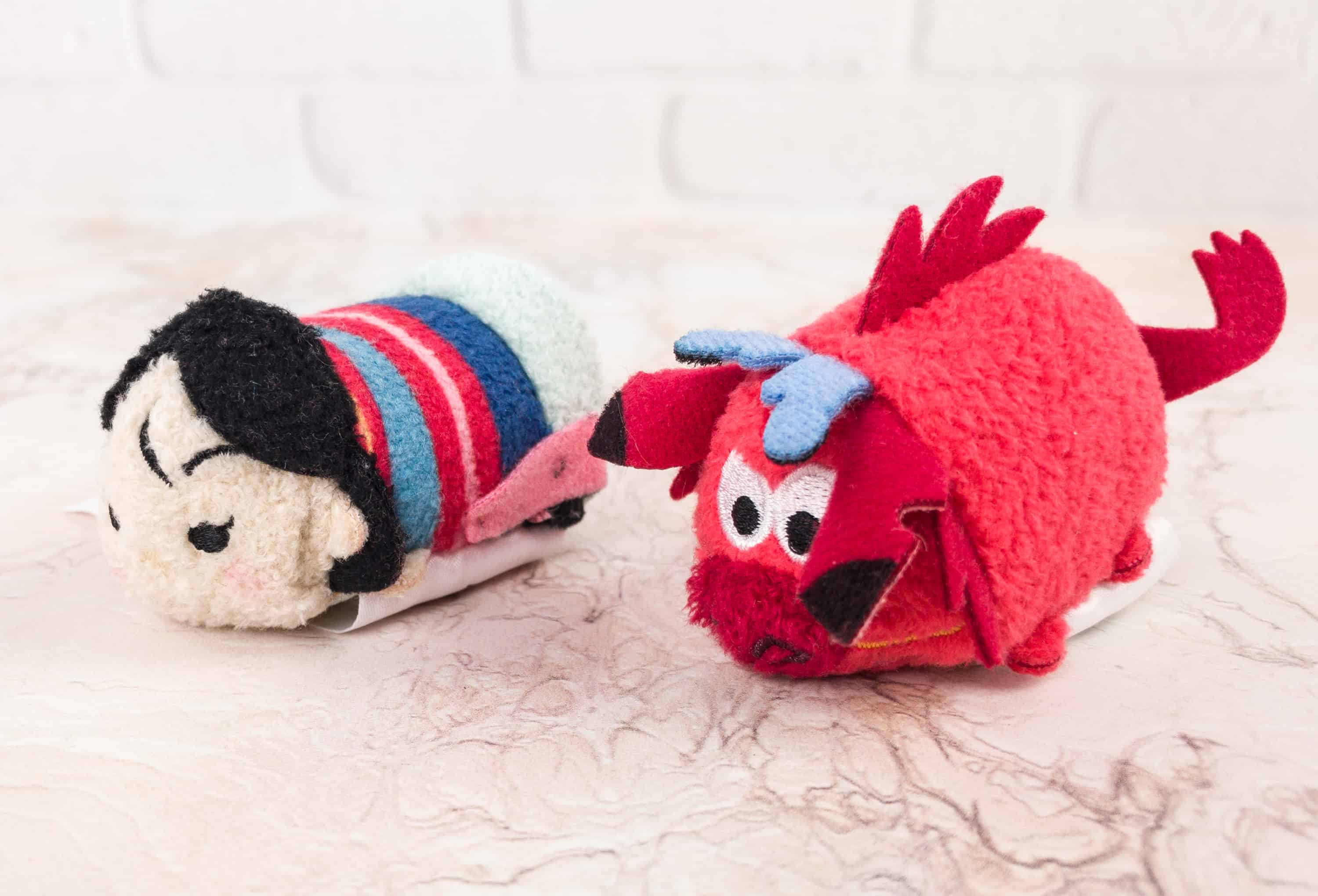 Mulan & Mushu. Of course we’re glad to see the two main characters from the movie in their tsum tsum form! Mulan is the eighth Disney Princess, a fierce, self-reliant, persistent and kind-hearted princess. While Mushu, the guardian spirit, is very comical overconfident and impulsive dragon.

Both Tsums are cute! Especially Mushu who seems to be the most adorable Tsum dragon I’ve seen. I’m just quite bothered with Mulan’s bangs, since it was not connected with the hair, it looks more like a misplaced eyebrow. 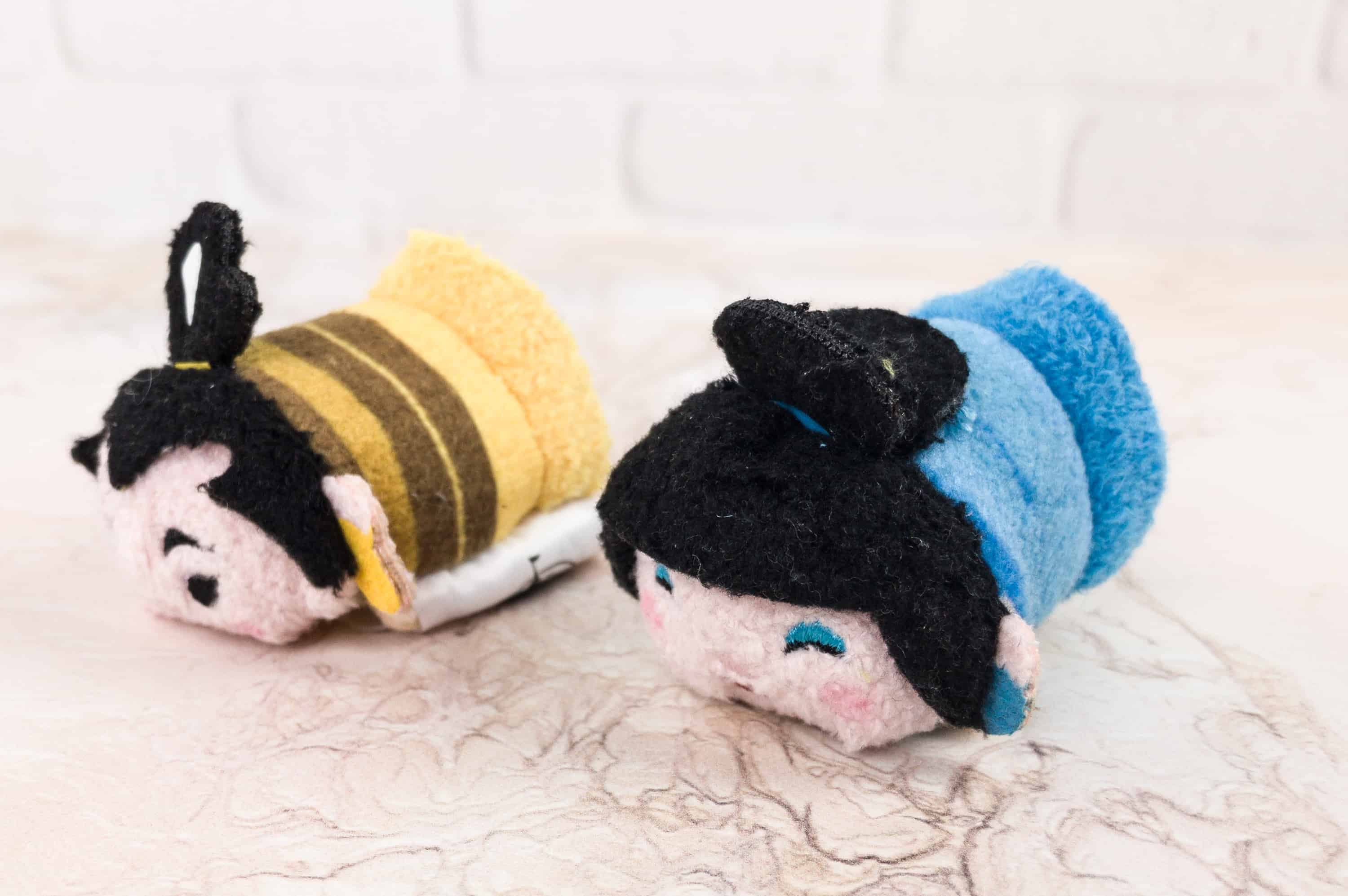 Ling & Chien-Po. These two guys belong to the three-man team led by Yao from the Chinese army. Chien-Po, being the largest of the three has been the strongest but also the most gentle, such cute character. While Ling is a medium slender built and the clown of the team.

It might confuse you but the three tsum tsum’s outfits are based on their feminine disguises, that’s why each of them has a cheek blush on and Chien Po had a bun! 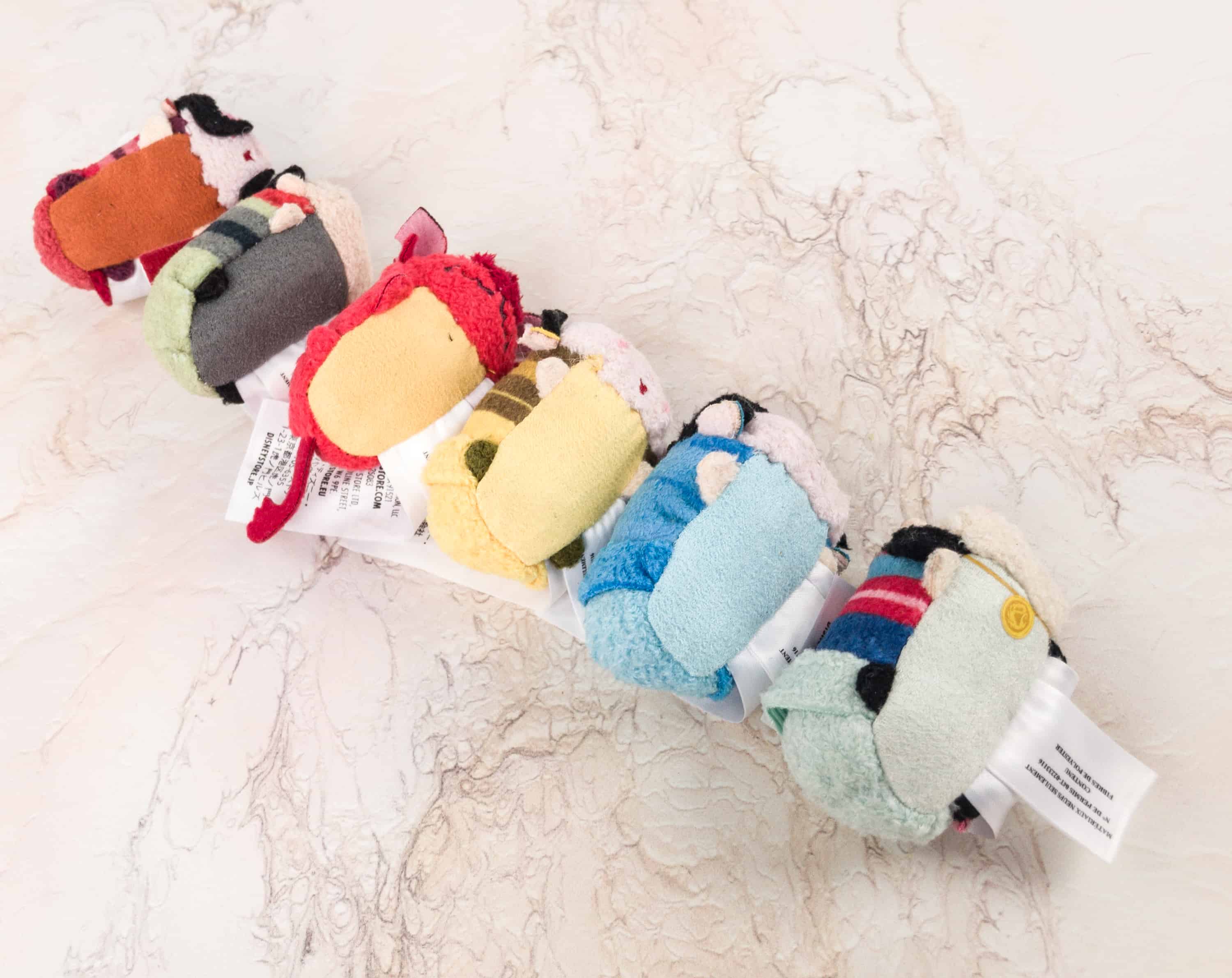 The Tsums have microfiber underbellies with tags, these guarantee the authenticity of Disney Tsum Tsums! (Micro Tsum, same size tag!).

Disney Tsum Tsum is always fun for me and my kids. It will take a while before we can move on from adoring these cute tsums from Mulan! We’re so happy to add the whole squad to our collection!

As of this writing, Disney Tsum Tsum’s website says “page not found.” The subscription may be ending, but there’s no information yet. We hope it’s not, because we really love getting new tsums every month!

What can you say about this month’s characters? 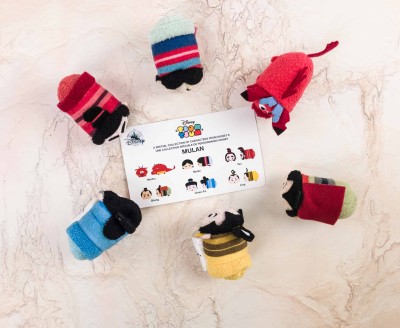 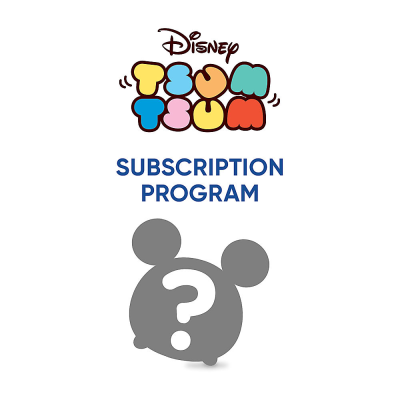