LitJoy Middle Grade Crate is a quarterly book subscription box! For $34.99 you’ll get two middle grade books plus 3-5 bookish items, all themed together.

Litjoy also offers children’s picture books (ages 3-5) or young adult (ages 16+). Both children and young adult crates cost $29.99 each, and each box comes with a book and 2-4 book-themed items!

The information card comes with a list of all the items, and filled with loot info.

Everything in my March 2017 LitJoy Middle Grade Crate!

First up – an epic Dragon showdown! ?

In the long-awaited sequel to Fablehaven, the dragons who have been kept at the dragon sanctuaries no longer consider them safe havens, but prisons and they want their freedom. The dragons are no longer our allies….

In the hidden dragon sanctuary of Wyrmroost, Celebrant the Just, King of the Dragons, plots his revenge. He has long seen the sanctuaries as prisons, and he wants nothing more than to overthrow his captors and return the world to the Age of Dragons, when he and his kind ruled and reigned without borders. The time has come to break free and reclaim his power.

No one person is capable of stopping Celebrant and his dragon horde. It will take the ancient order of Dragonwatch to gather again if there is any chance of saving the world from destruction. In ancient times, Dragonwatch was a group of wizards, enchantresses, dragon slayers, and others who originally confined the majority of dragons into sanctuaries. But nearly all of the original Dragonwatch members are gone, and so the wizard Agad reaches out to Grandpa Sorenson for help.

As Kendra and Seth confront this new danger, they must draw upon all their skills, talents, and knowledge as only they have the ability to function together as a powerful dragon tamer. Together they must battle against forces with superior supernatural powers and breathtaking magical abilities.

How will the epic dragon showdown end? Will dragons overthrow humans and change the world as we know it?

Although the Amazon description calls it a sequel, it’s a sequel series – and in the spoilers for this box Litjoy explained that it can be read completely standalone! It’s just in the same universe as the other books. There’s a short reader’s note at the back with a guide to even more books (yay!) PLUS a reader’s questions section, to enhance those critical thinking skills!

Dragonwatch: A Fablehaven Adventure Poster: I asked my kids (8 & 6, boy & girl) who would get the poster – their answer was both, so it’s getting hung up in our “adventure room” (the playroom).

Something to keep your place as you read!

This is a fun booklet that is themed with the story that Litjoy Crate created themselves.

A good way to keep busy while waiting for the next installment!

I liked the inclusion of numerical puzzles too! The back cover included even more books to try out. I think that’s fantastic – it’s so much easier for me to have curated suggestions for the next book for my daughter.

Now for some Fantastic Beasts! ? ?

From the New York Times bestselling author of the Wings of Fire series, Tui T. Sutherland, and her sister, Kari Sutherland, comes the Menagerie series, perfect for fans of Brandon Mull’s Fablehaven series and The Spiderwick Chronicles.

In the small town of Xanadu, Wyoming lies the Menagerie, a top secret facility filled with unicorns, dragons, phoenixes, and other fairy tale creatures. At least, it was a secret—until six griffin cubs escaped.

If Logan and Zoe don’t get the cubs back fast, the entire Menagerie will be shut down. The race is on and the resulting adventure is only the beginning of a thrilling series that will leave readers wanting a magical menagerie of their very own.

This book is billed as perfect for those who enjoy the Fablehaven series so it’s a nice pairing! This is a shorter book than the first, but it has a cute creature compendium at the back.

Dragons do love their gold! Apparently so do Griffins in The Menagerie!

Dragon Bracelet: This cute gender-neutral bracelet consists of a golden dragon charm and a leather thong.

Milk Magic Straws: My kids absolutely love these! Apparently “Drink the milk” is a thing in the Fablehaven universe:

I never forced anyone to discover what is really happening at Fablehaven. Certainly not my grandchildren. But I let their curiosity lead them to the truth. After drinking the milk from Viola, the magical milch cow, Kendra and Seth could recognize that the butterflies here were actually fairies, the goats were satyrs, and the horses were centaurs. That first time is so incredible. And it never becomes ordinary.

Well okay then! The little beads flavor the milk, and they’re nut and dairy free, so you could use them with alternative milk products too. A fun, immersive item.

How To Train Your Dragon Mystery Mini Funko ($8.89) And finally a fun blind box figure!

We LOVE this movie (and all the spinoffs) – it’s super engaging and fun, and this dragon is EVEN CUTER in Mini form!

I thought this was a GREAT box! I was impressed with the theming and variety of additional items, including the activity guide, which my daughter LOVED. The book selections were engaging, fun, and the reading level was really on point – sometimes middle-grade books can be a tad too young, but these were perfect! I think it’s great that it’s a quarterly box – a really nice recognition that we do indeed use the library but a magical experience like Litjoy’s Middle Grade Crate is perfect for emerging readers! 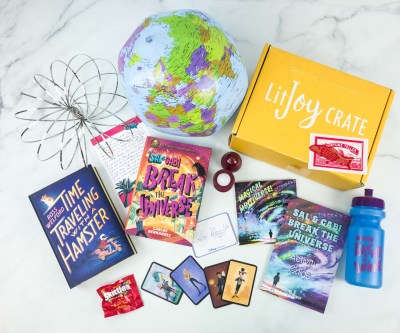 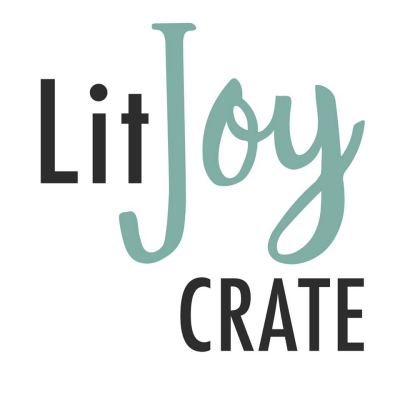 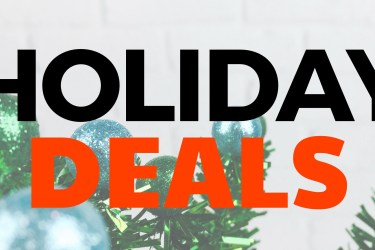