German Food Box lets you embark on a blind tour of German food every month! You’ll receive 6-8 different food items that represents the best of German cuisine, all curated by a team of experts. The subscription costs $49 per month.

Proudly made in Germany!

The box is filled with German-made food, with most in German language, non-export packaging. The box includes mixes and ready to prepare foods, snacks, and sweets. Everything was surrounded with white squiggles, and a referral/coupon card was included so you can get a friend hooked on German food, too! Our box was “Packed With Love By Eva.”

There’s also a recipe card included in the box.

It’s for Rouladen, a classic German preparation for a slab of cheap meat.

All the goodies in my German Food Box this month!

Knorr Suppenliebe Zwiebel Suppe ($2.95): Knorr onion soup mix. It’s shelf-stable and easy to prepare. Though not as glamorous as fresh or even jarred items, dry mixes are light, compact, and easy to keep in the pantry.

This quick dish needs only water some simmering to make a rich, roast onion soup.

Huober Brezel Pretzels ($1.68): This light, crunchy pretzel didn’t hold together during shipping. It was much lighter than expected, as it didn’t have the hard, dark crust that you see on most large pretzels of this style.

It is made in Germany from Certified Organic ingredients.

After boiling for 25 minutes, the bread balls are fully cooked and ready to serve.

I’ve never seen boil-n-bag technology used quite in this way. Ordinarily you see either a simple product (like rice) in a permeable bag, or a sous-vide meal in a sealed bag – in this case, water enters the bag and plumps the contents to form a dumpling.

The cooked dumplings (the two on the right are still in the bags). They were nicely seasoned with a vegetable and herb broth flavor. The exterior was similar to wet-cooked dumplings, e.g. traditional chicken and dumplings dumplings. The inside was a bit like both stuffing and noodles – because the dumplings formed while cooking, the constituent breadcrumbs all formed their own skin before binding with the rest. These were enjoyable, and we were excited to sample something we had never tried before.

The mustard was light in color and had a unique texture – it was creamy and so light that it resembled a foam or whipped topping. Though it looks similar, it was quite different than a Dijon, as it lacked the strong wine/vinegar flavor. The flavor is intense, bright, and pure, without added horseradish or other distractions.

Delba Westphalian Pumpernickel ($3.09): We love the old-style German breads – you haven’t really had dark bread until you’ve had the German version!

Thick and dense, this bread has more in common with fruitcake than it does with the light, dry versions of pumpernickel sold everywhere.  It is wheat free, being made wholly from rye (and sugar, salt, etc).

Hahn’s Old Fashioned Cake Company Crumb Cake ($7?): This item is an exception to the “made in Germany” character of the box (its made by Hahn’s in NY), but it is a welcome exception. I don’t mind the “local” sourcing, since it means getting a fresh bakery cake instead of a hermetically sealed and shelf-stable version.

This big ole cake (about 4x4x2″) features a moist and mild yellow cake made with whole eggs, covered with an even larger pile of streusel topping.

I’m not sure how they made the topping so good – it isn’t as sweet as I thought it would be, and it is both immense and delicate.

Milka White Chocolate ($2.10): The last item was a nice, sweet treat. I’m a huge white chocolate fan, so this made me very happy.

We have been enjoying this box immensely. We are a big fan of international food boxes, and the ones dedicated to a specific country tend to dig up some of the most authentic items. We love the Made in Germany character of the box almost as much as we appreciated the rare departure from this policy to bring us fresh cake! I’m also fond of the “everyday food” bent of the box – it’s nice to get some mixes to have with dinner (instead of just candy and snacks).

Visit German Food Box to subscribe or find out more!

Get $10 off your first box! Use coupon code HELLOSUB. 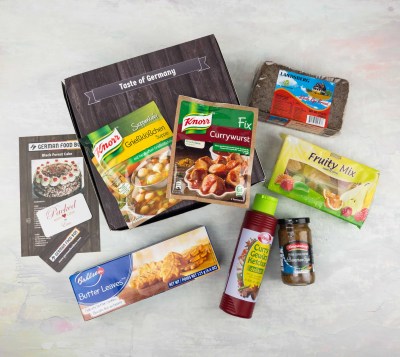 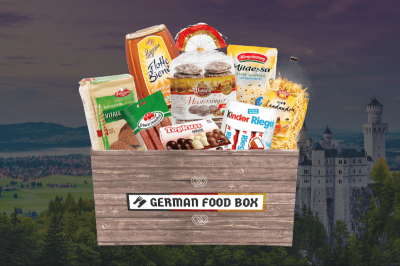 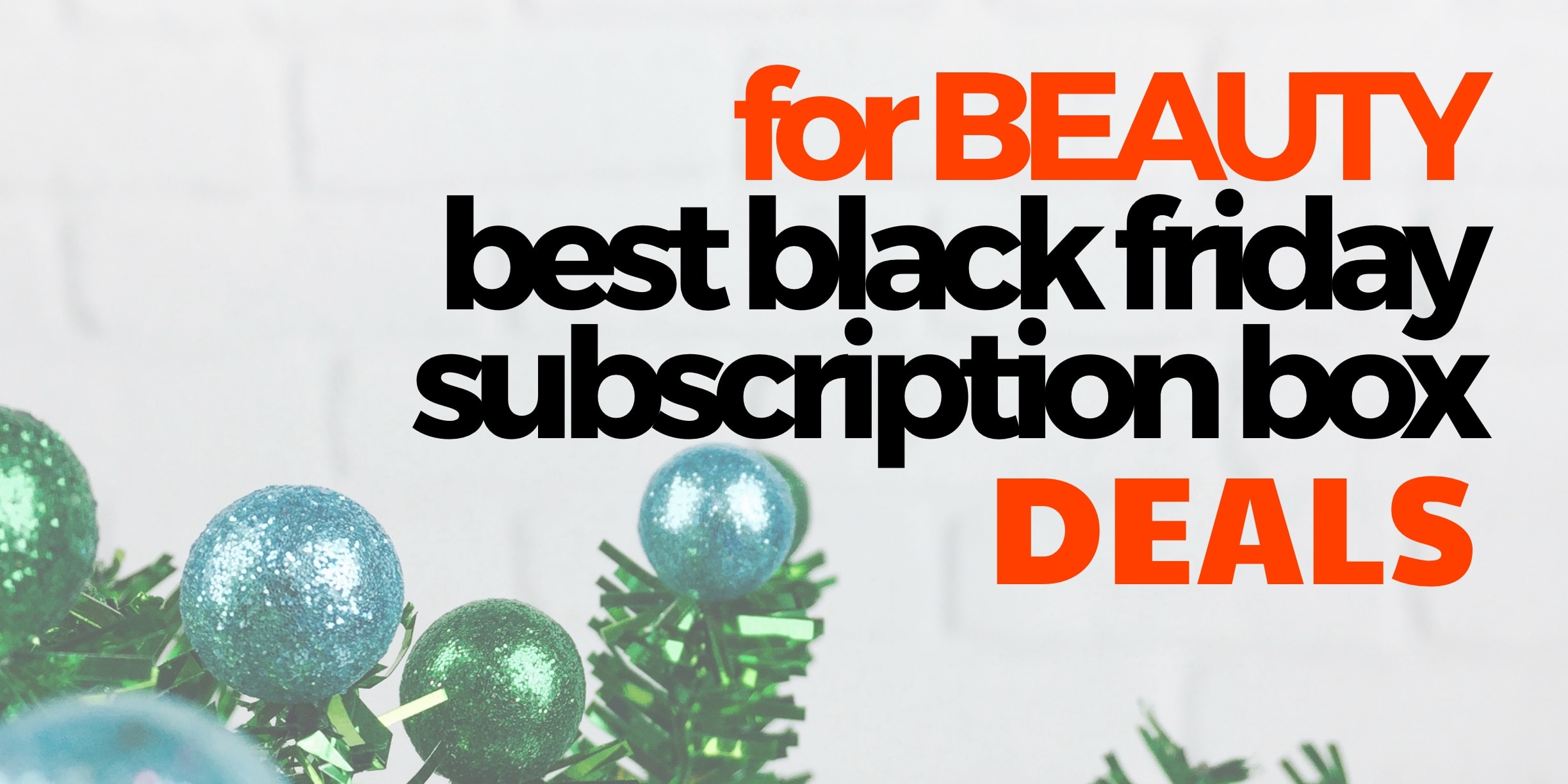 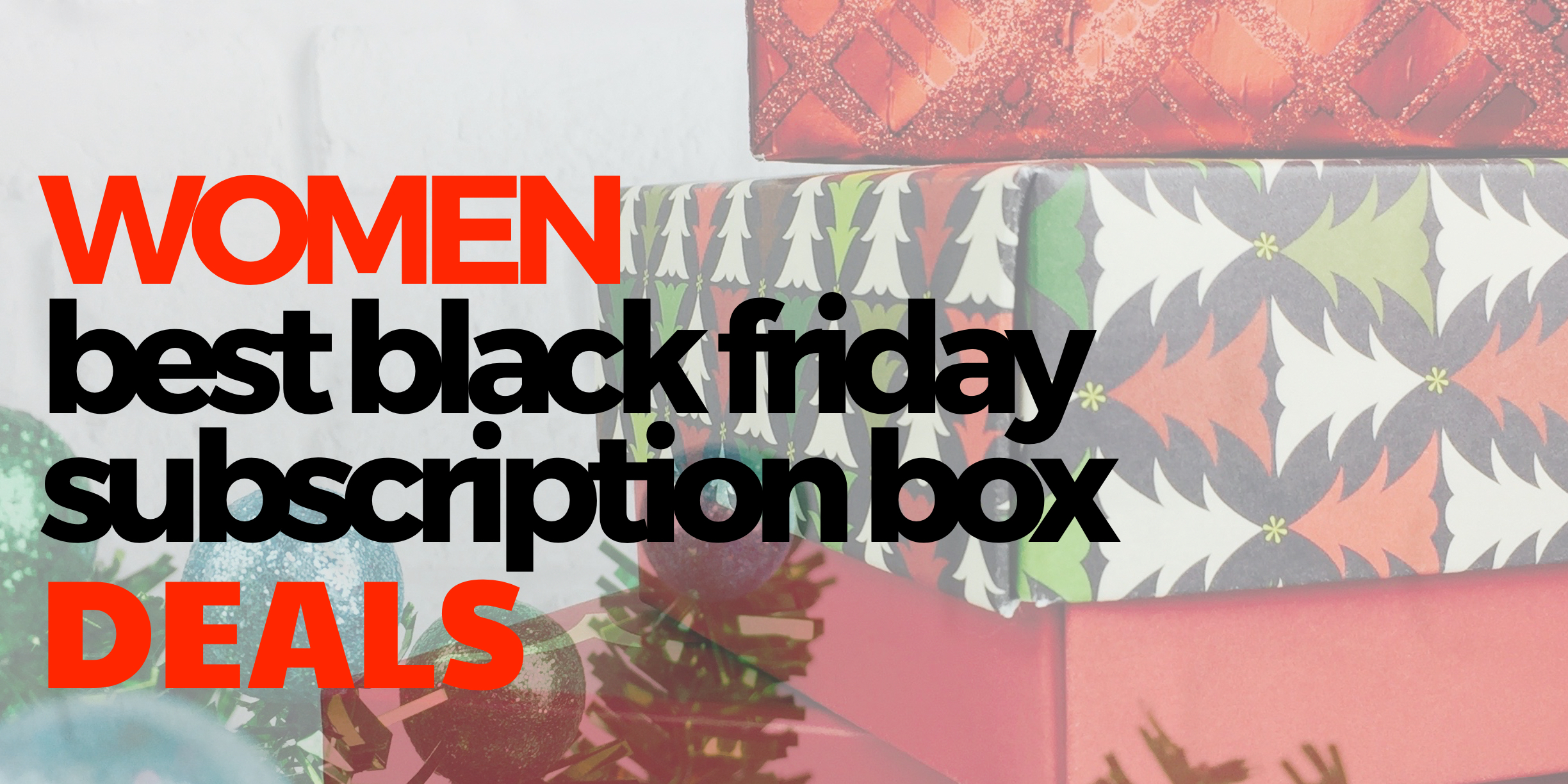 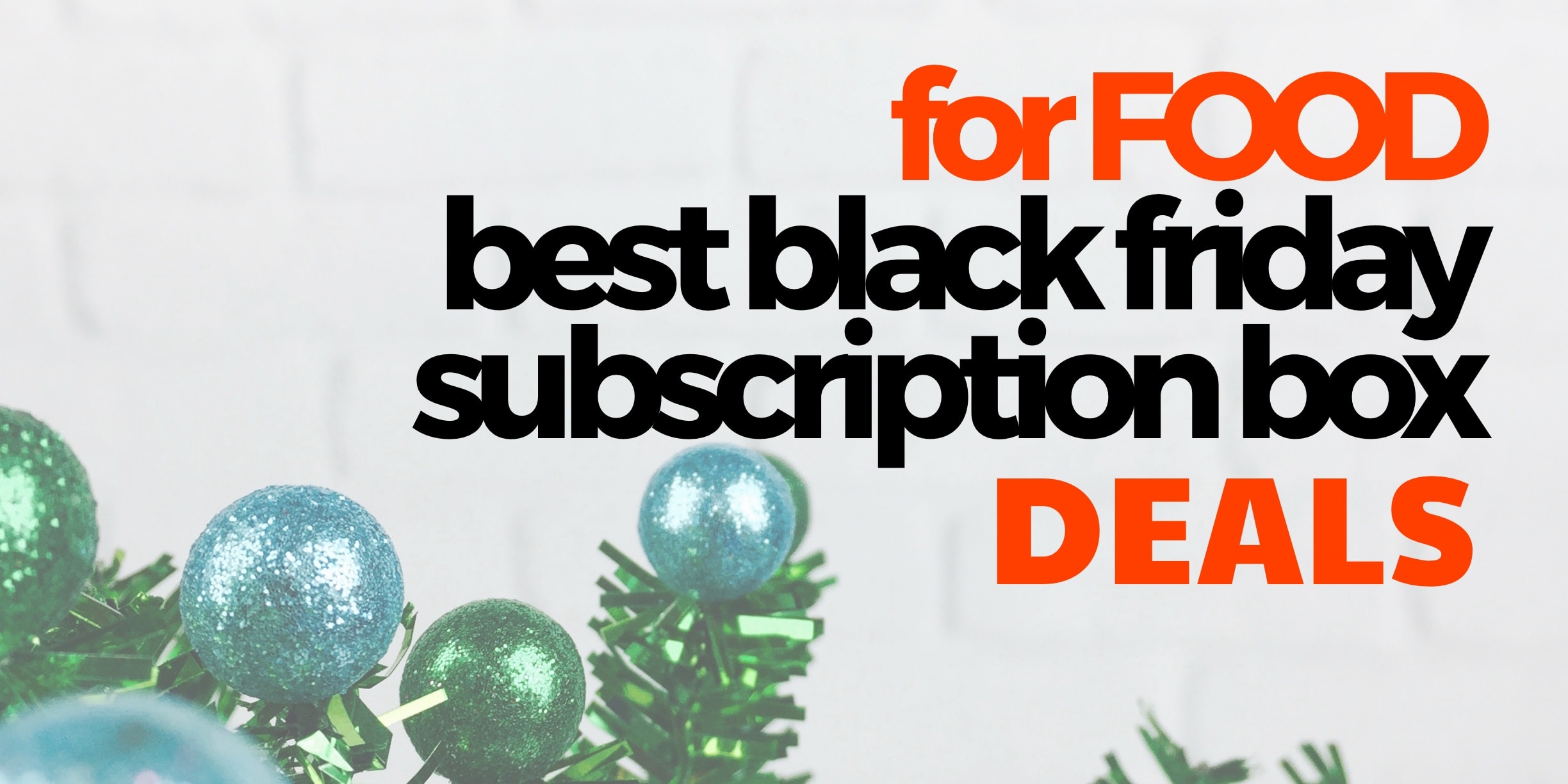 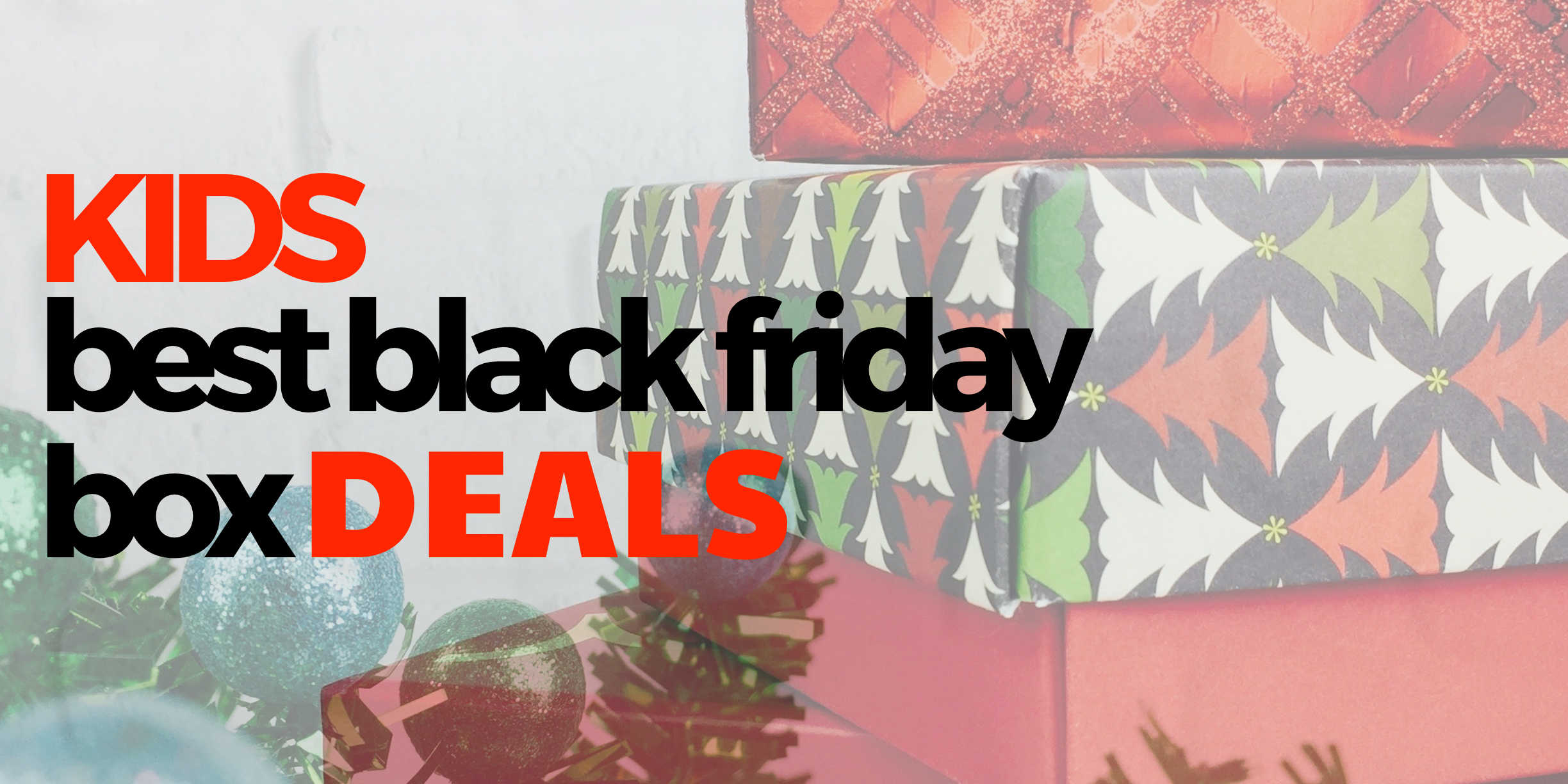 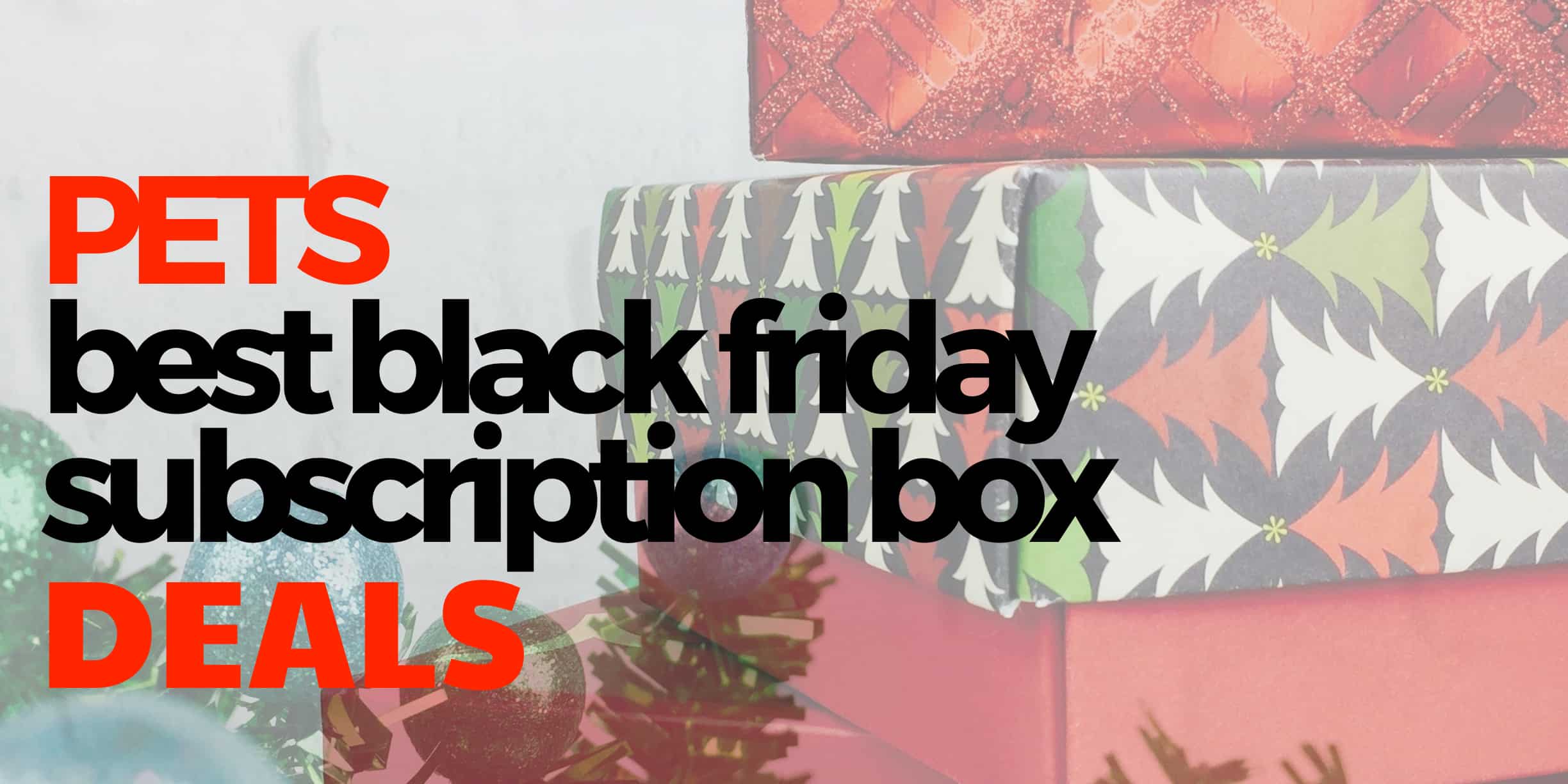 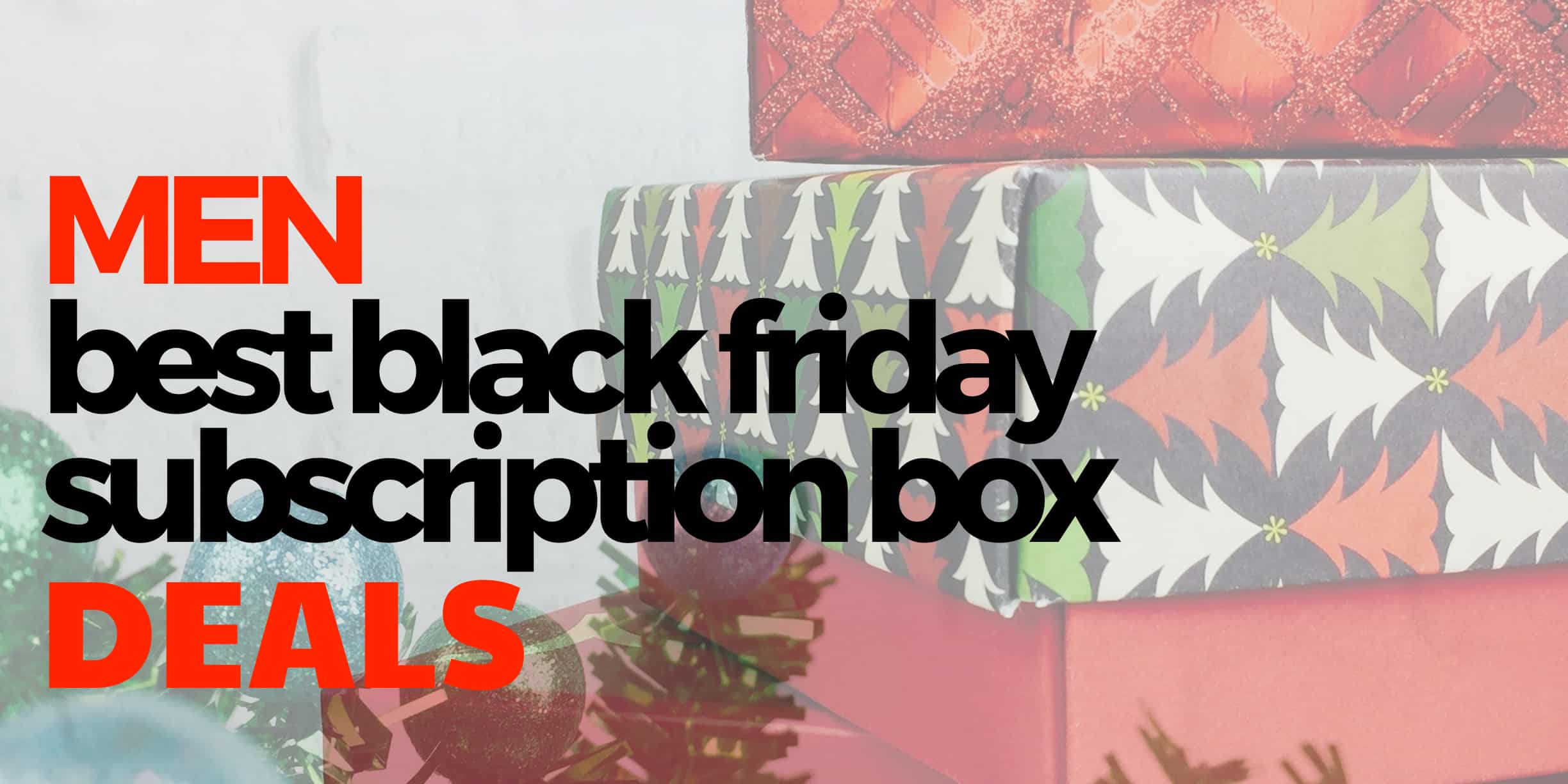