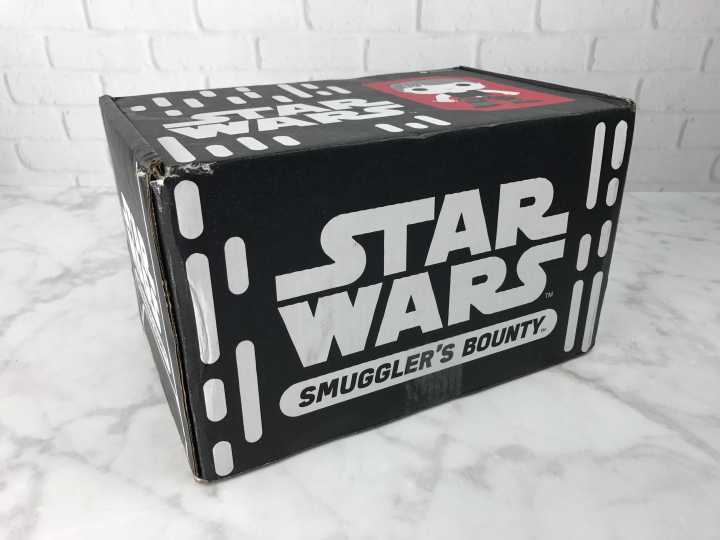 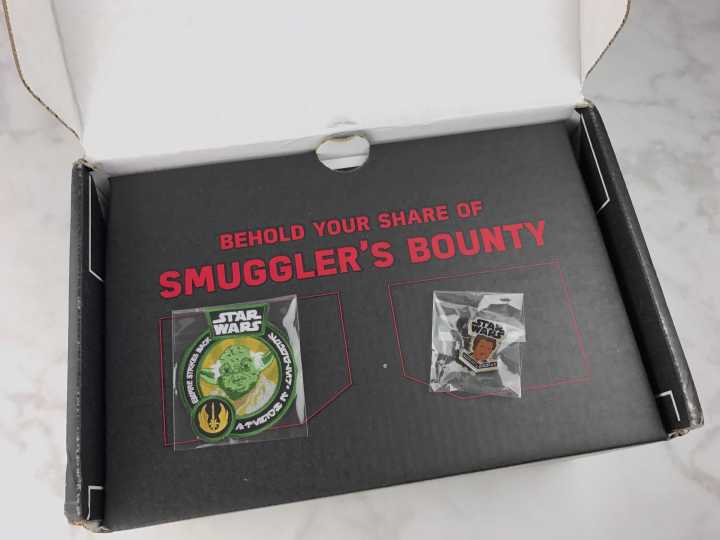 Behold! Your share of Smuggler’s Bounty!  The theme for January 2017 was The Empire Strikes Back! This month’s patch and pin  welcomes you upon opening. 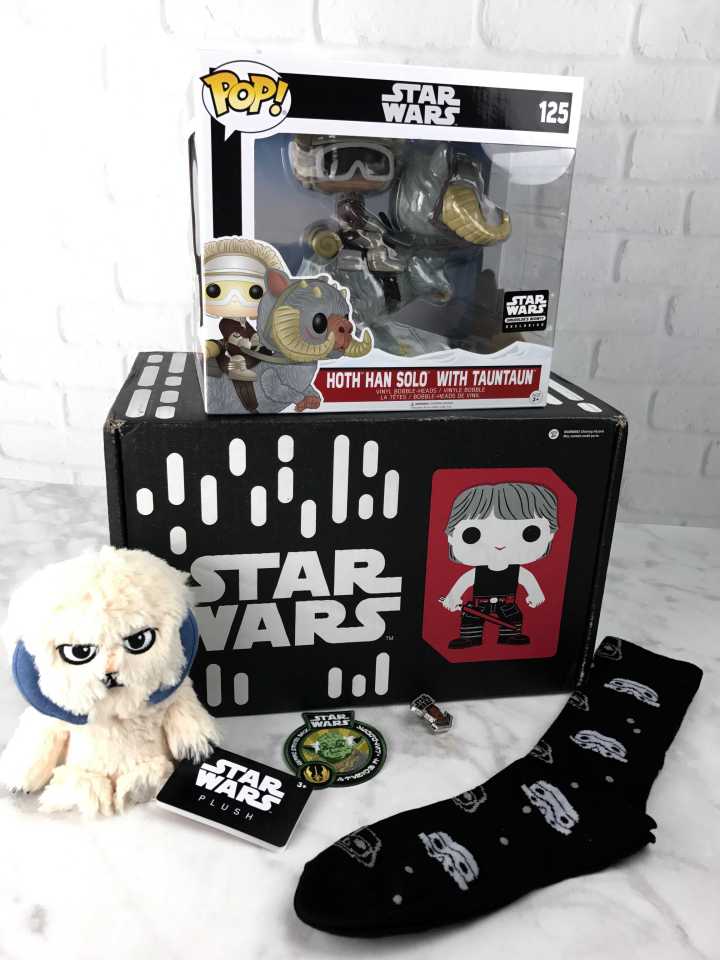 Everything inside the Smuggler’s Bounty Star Wars box for January! 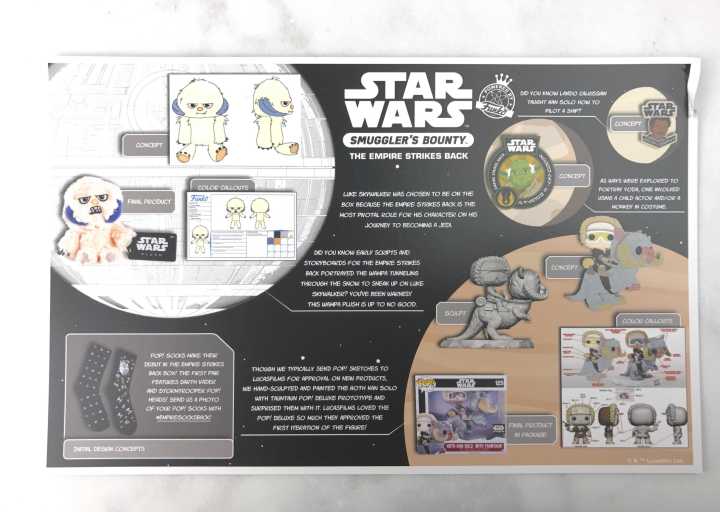 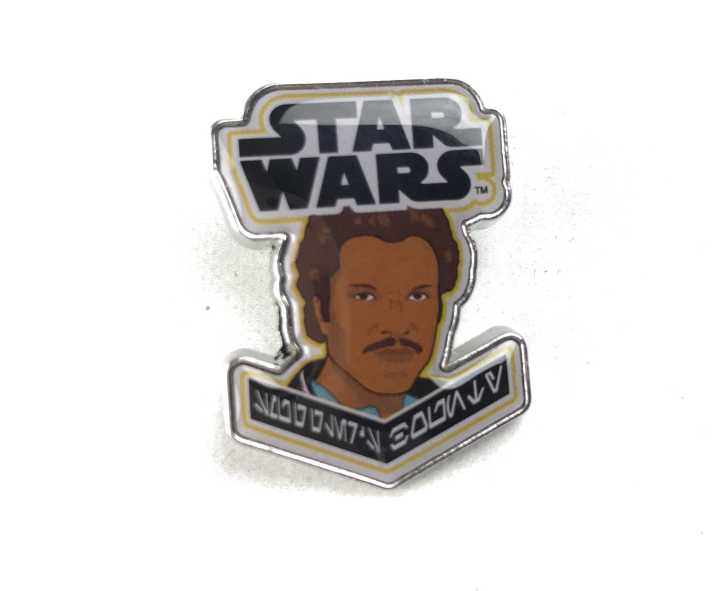 Lando Pin: one of our favorite characters is on the pin this month! This is a depiction of Billy Dee Williams classic portrayal, but I have to say… I am super incredibly excited for Donald Glover to take on the role of young Lando! 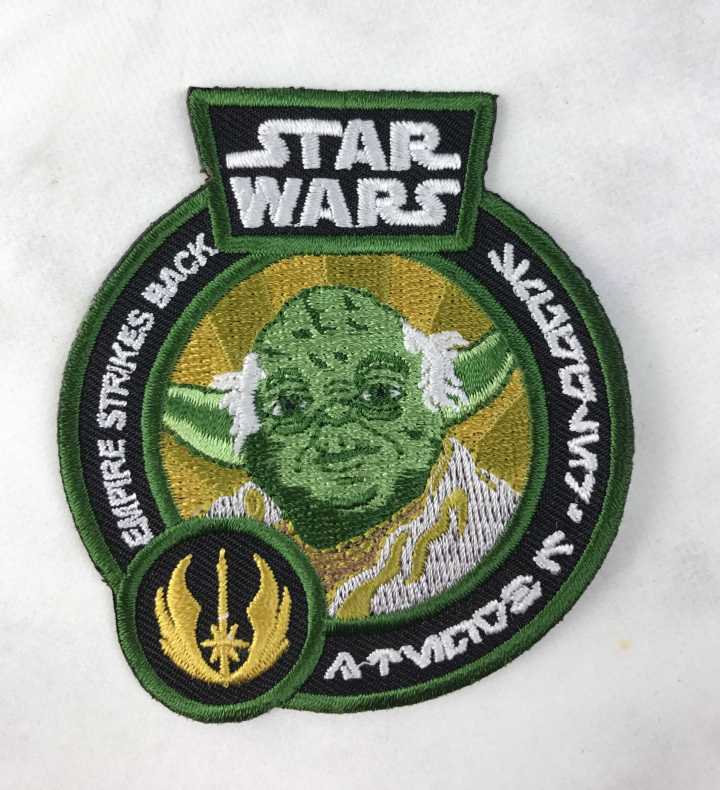 Yoda Patch: Love this one! There’s a lot of detail here and having Yoda on a patch is something I’ve really been looking forward to. 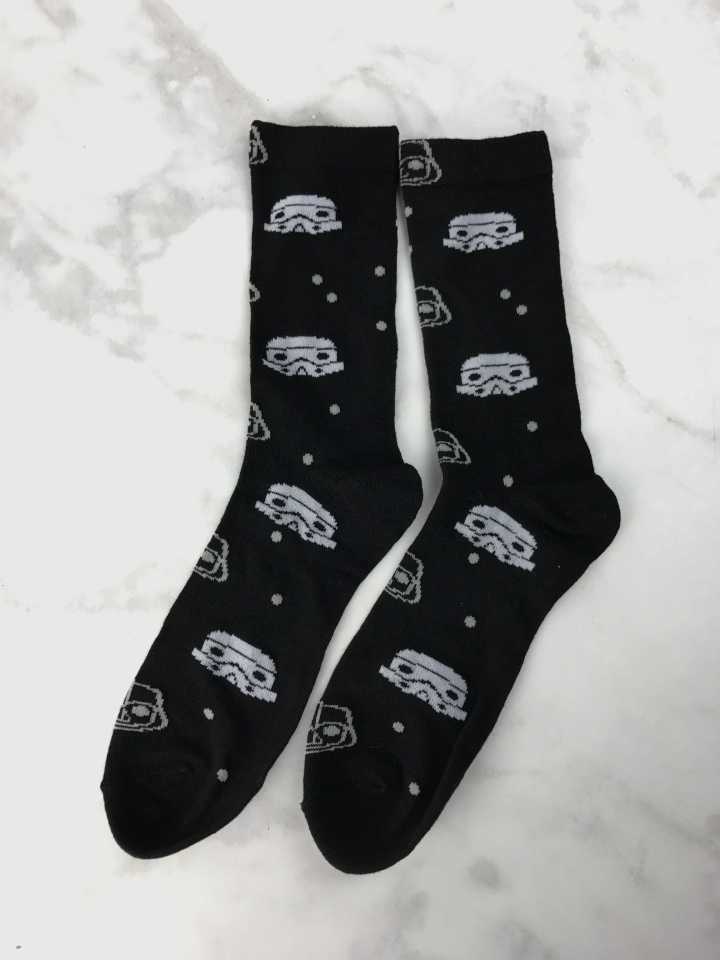 Darth Vader and Storm Trooper Socks: These thin, tall socks have a cute Funko sequel design with storm troopers up the sides – 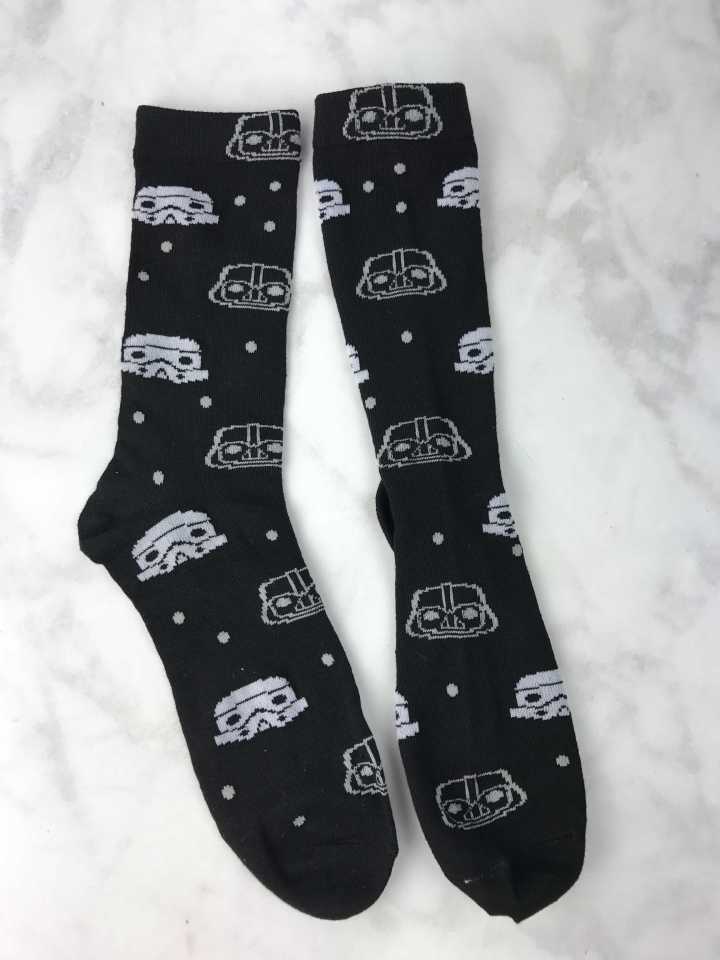 And Vader up the front! These may be a bit small for some adult men. 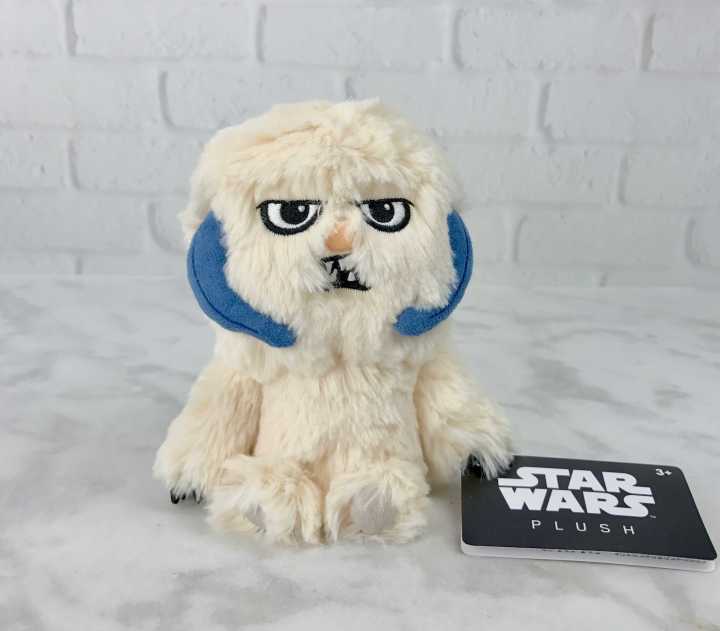 Wampa Plush: This plush is so soft! It’s an adorable and fun interpretation of a really vicious beast! 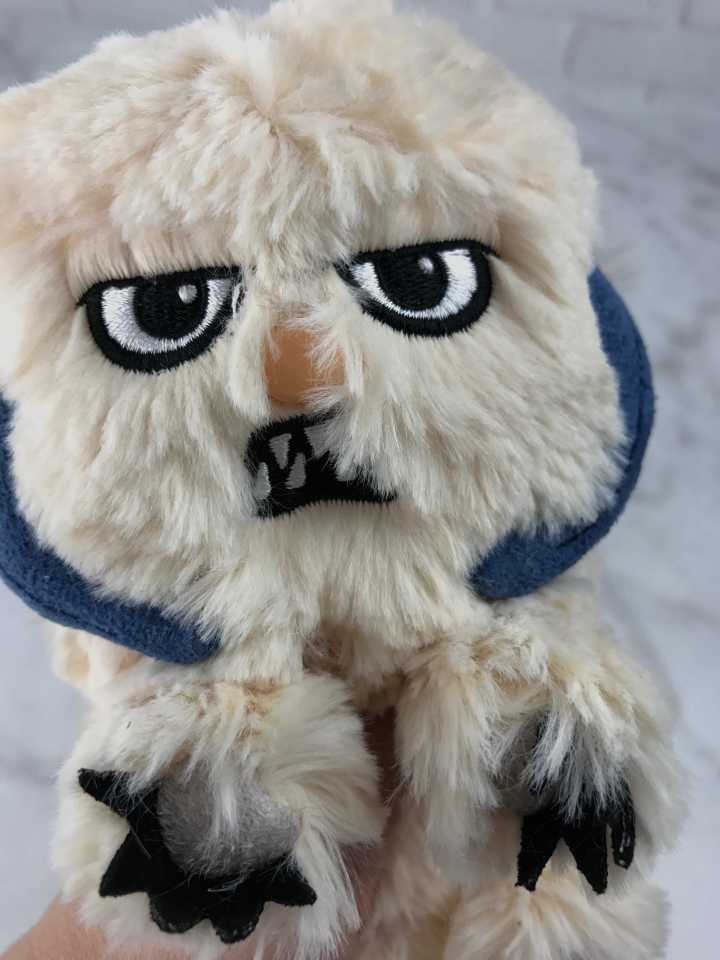 Funko can make absolutely anything cute! 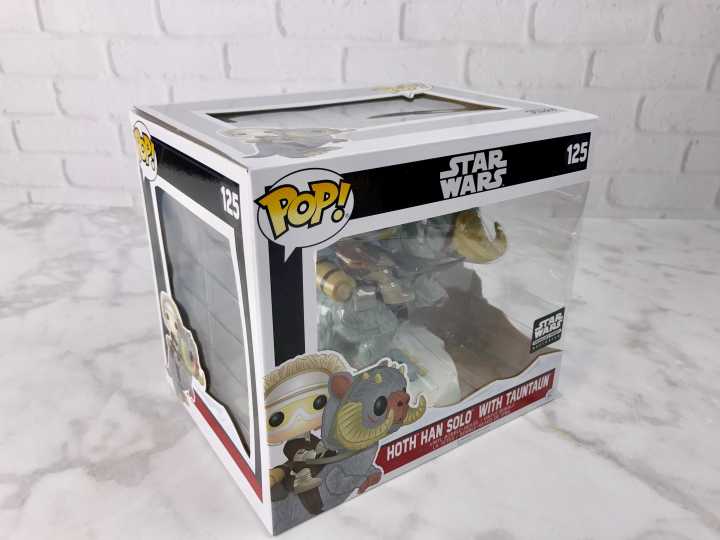 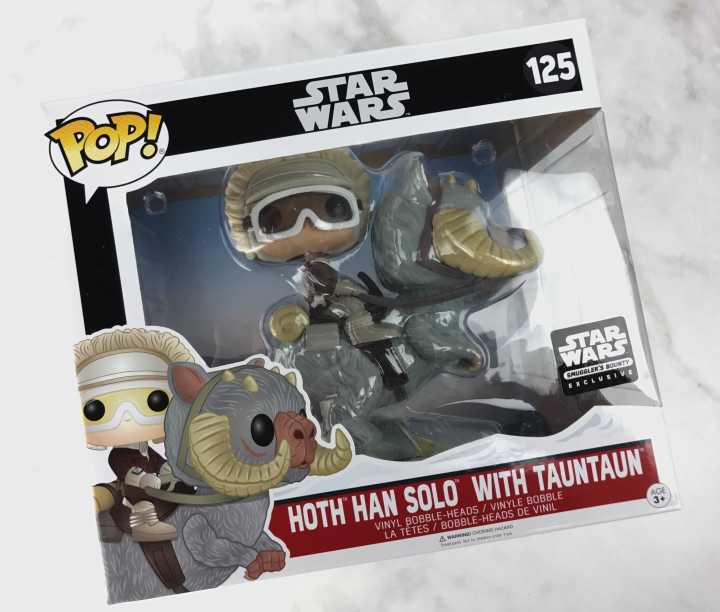 Ok, this is the most epic Pop I have ever seen. The outside box was enormous and you reach inside and pull out this giant box. It’s enormous and amazing and totally exclusive to the box. 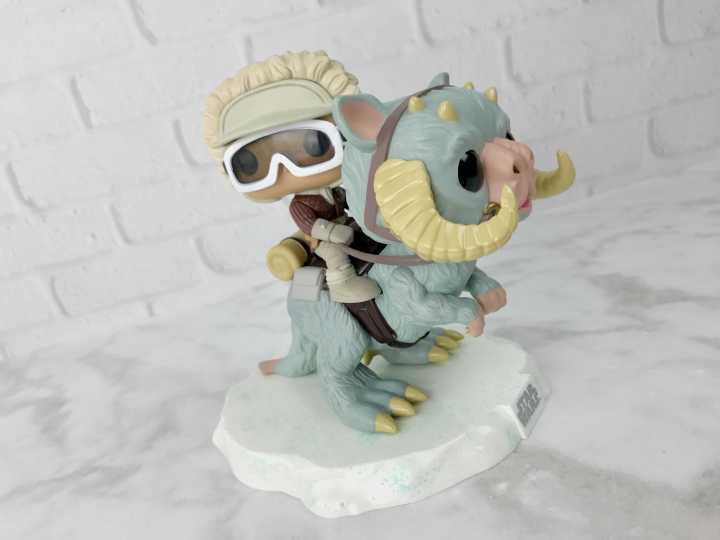 While most Pop Rides separate, this is one giant figure. Note that the box says Bobble-Heads but only Han’s head bobbles. 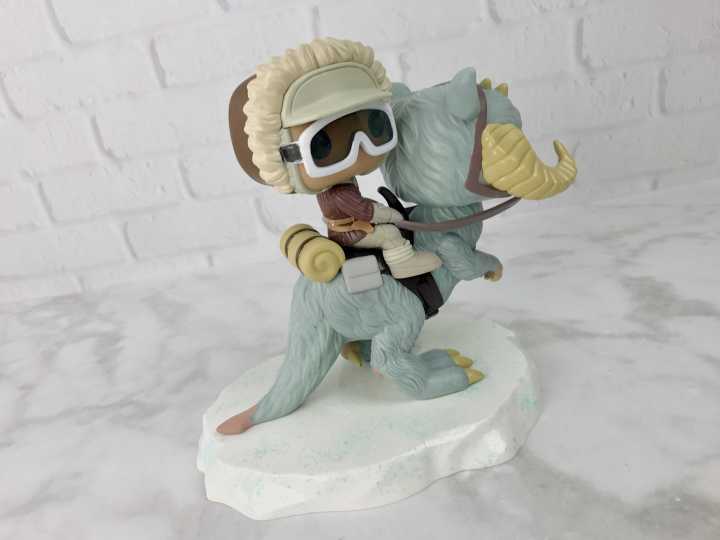 It’s totally the most detailed Pop I’ve ever seen. 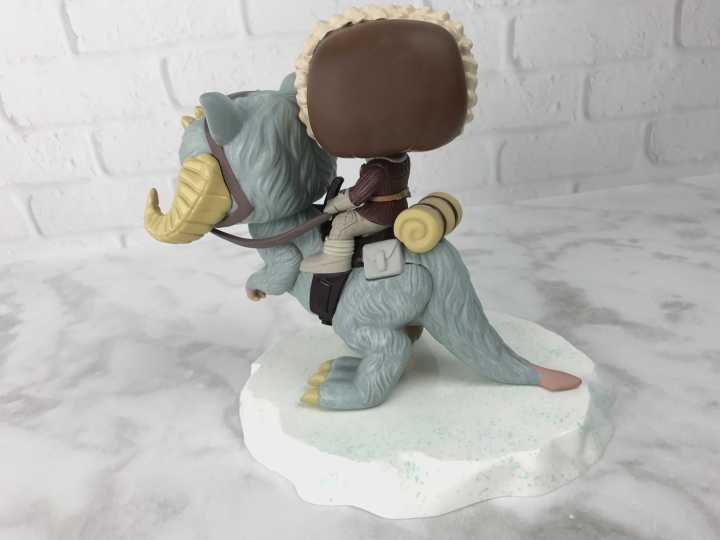 You can see that Han is geared up for Hoth’s wintry climate, with extensive cold weather gear and emergency supplies. 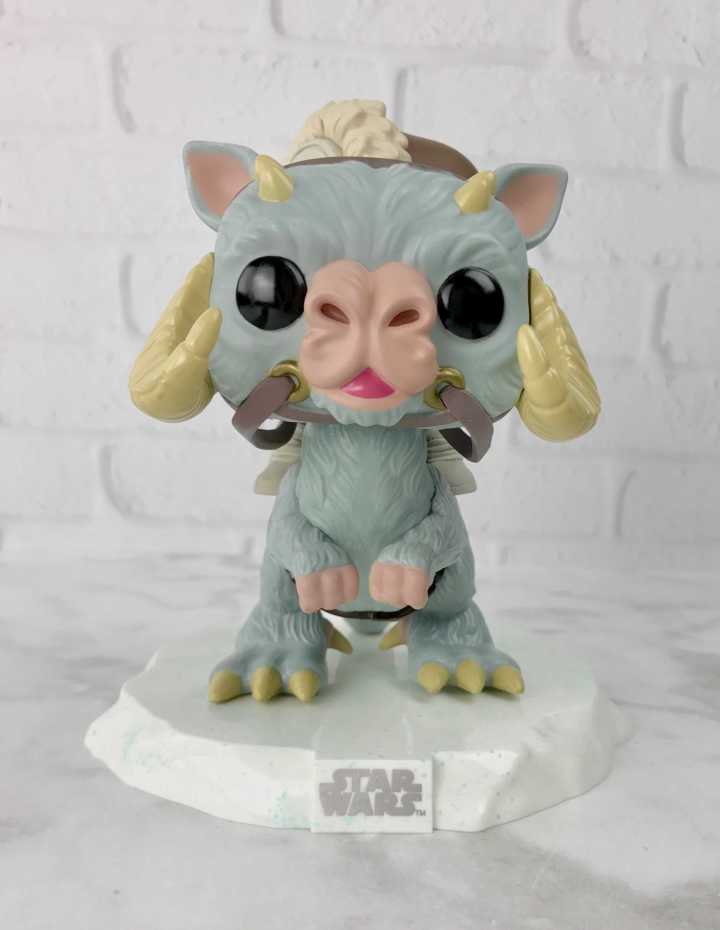 The TaunTaun is everything. 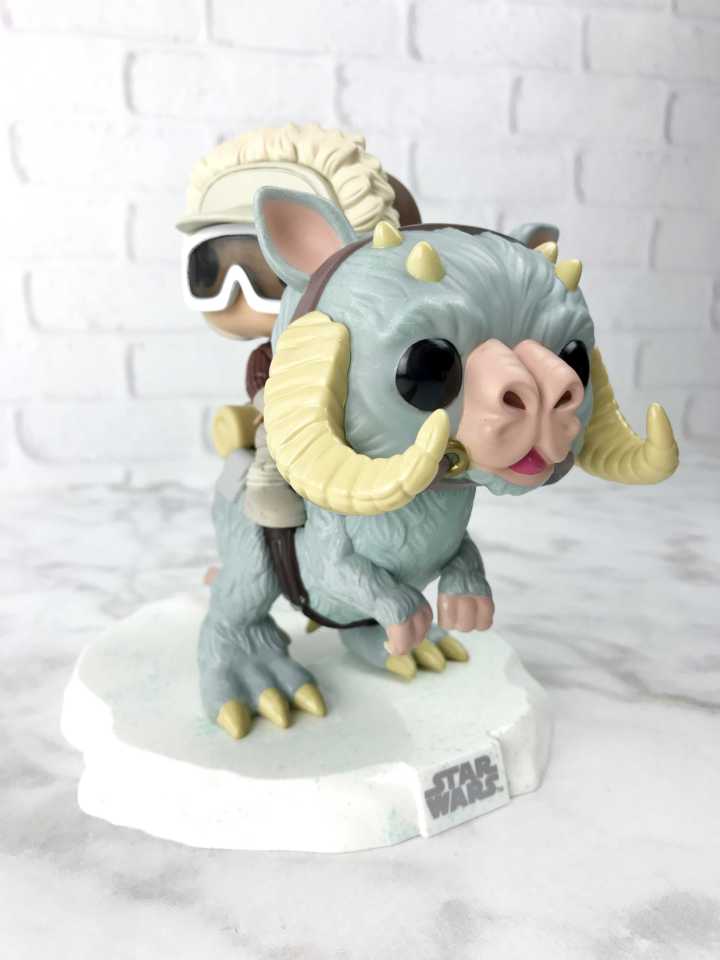 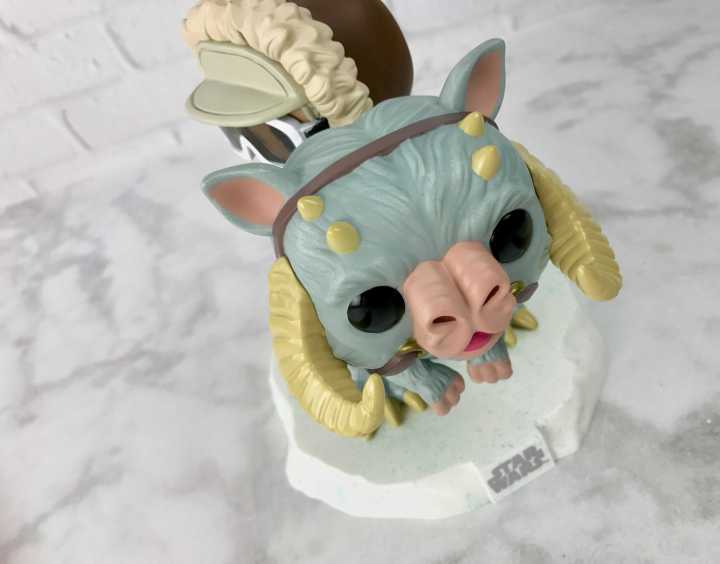 The details are exquisite, and the paint job is perfect.

And a bit of a closer look at the base! The Han+TaunTaun does come off easily so you can play with it.

This was an amazing month for this subscription – the TaunTaun Ride Pop was everything I could have imagined and more. The other items were a bit smaller to accommodate that giant Pop, which works perfectly well for me. I’d rather get one perfect and epic pop than a bunch of little things (although I love my mugs and other goodies too!). I don’t think it would be over the top to call the Tauntaun the best single item from any Funko box, ever.