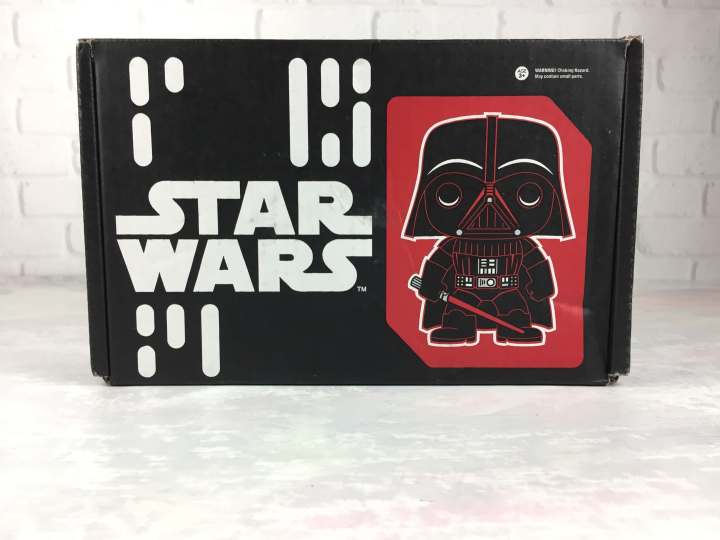 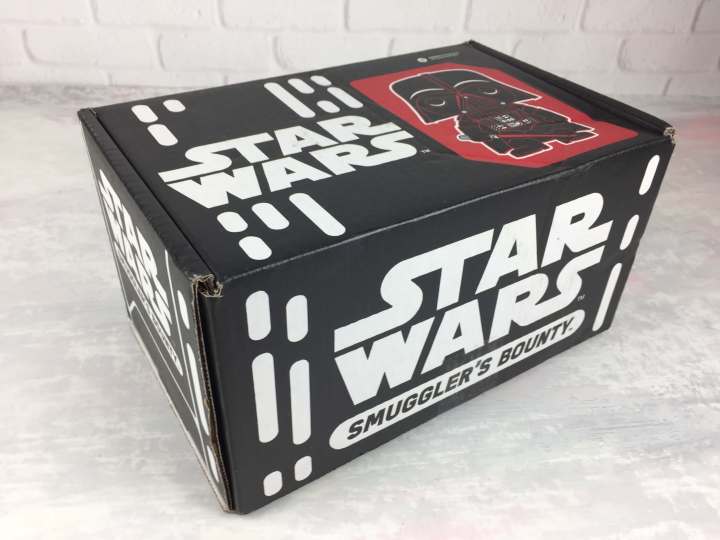 Thank you, Funko, for caring enough to keep your packaging clean by putting the label on the underside of the box. I love the unboxing experience to start out perfectly!

Behold! Your share of Smuggler’s Bounty! An exclusive patch & pin! The theme for September 2016 was DEATH STAR! 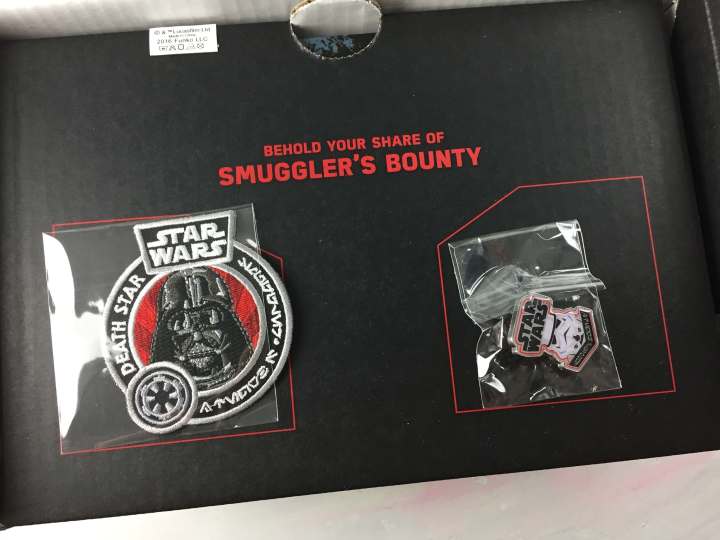 This month’s patch and pin immediately welcomes you upon opening! 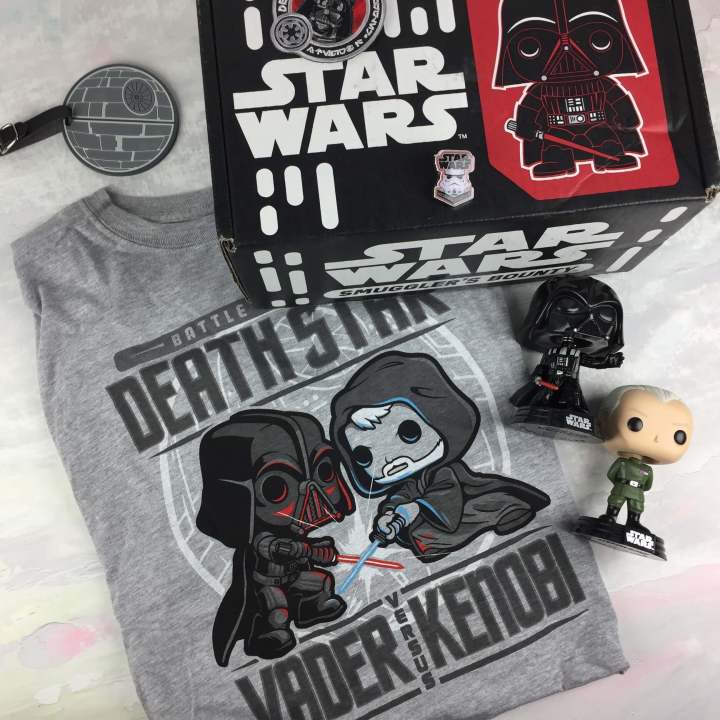 Everything inside the Smuggler’s Bounty Star Wars box for September! 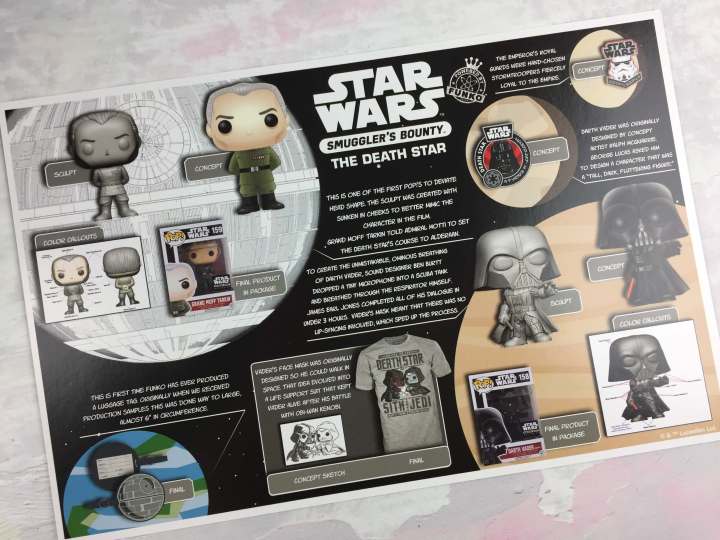 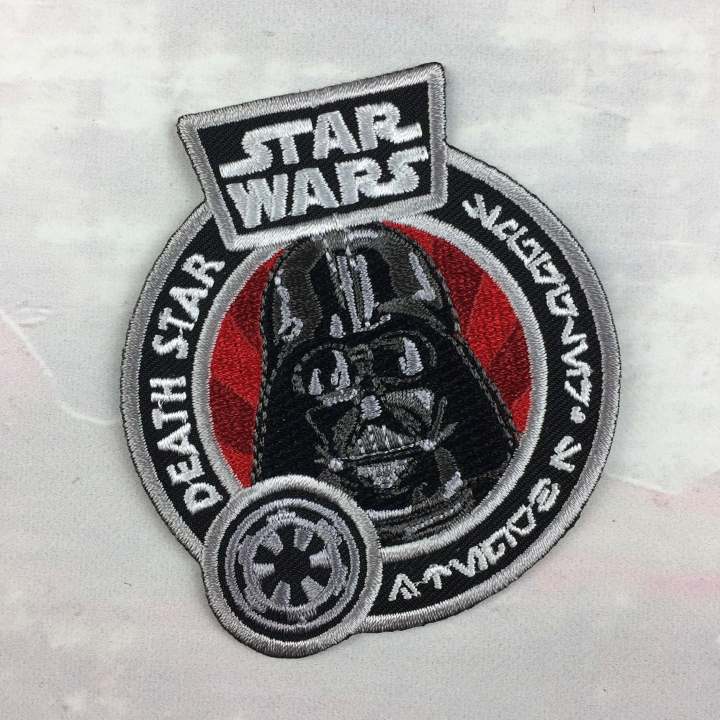 Vader Patch with Death Star: I love heroes but Darth was definitely needed on a patch!

FYI – the lettering on both these items is Aurebesh and it reads Smuggler’s Bounty. 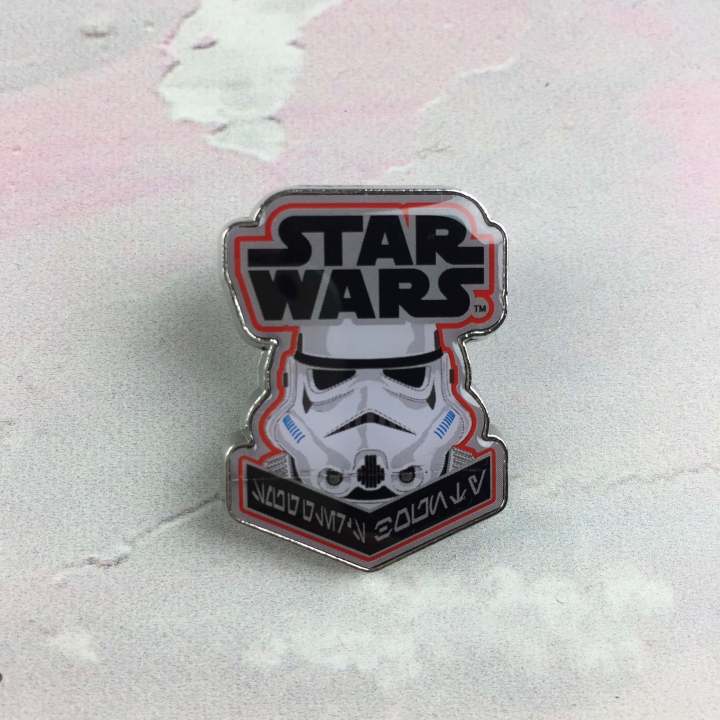 Storm Trooper Pin: He may be white but there’s no balancing the dark side of the patch with this pin! 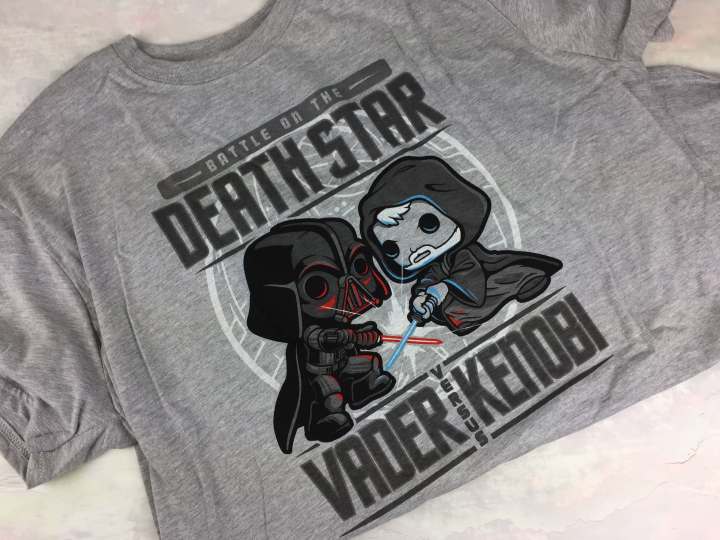 Vader vs. Kenobi Battle on the Death Star Shirt: In case you were wondering about the pull of the dark side of the force on Funko, Kenobi’s saber comes out on top!

FYI – the information card (and the Funko unboxing) show this as a Sith versus Jedi shirt. That clearly didn’t make it into the final because I’ve only seen Vader v. Kenobi! The design is slightly different and doesn’t say “Obi-One” like the one on the card. WHEW. 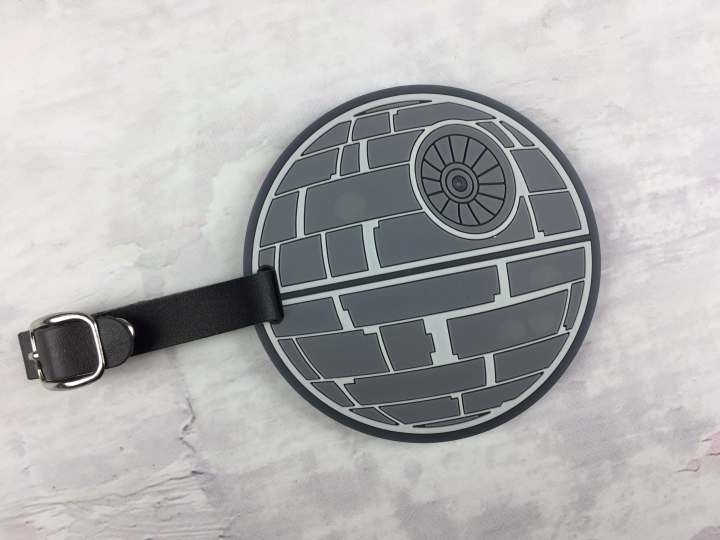 Death Star Luggage Tag: These are not the bags you are looking for. 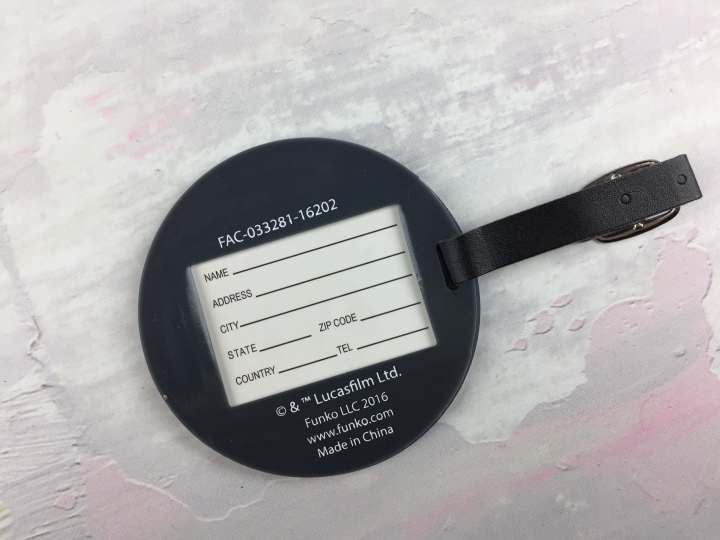 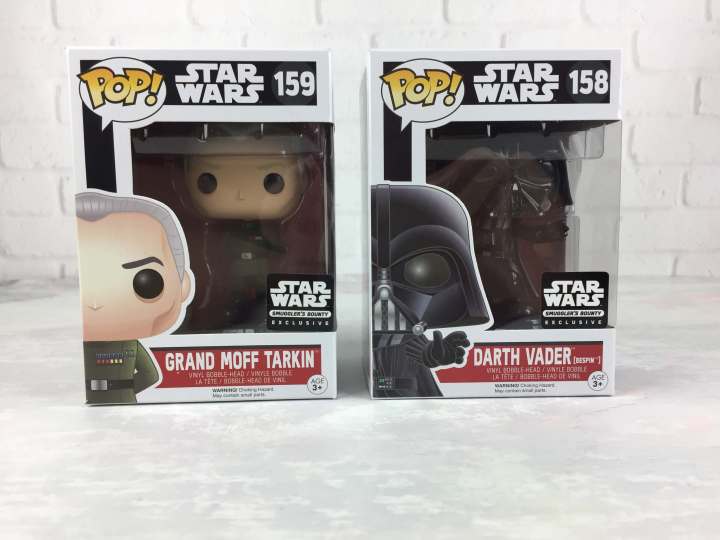 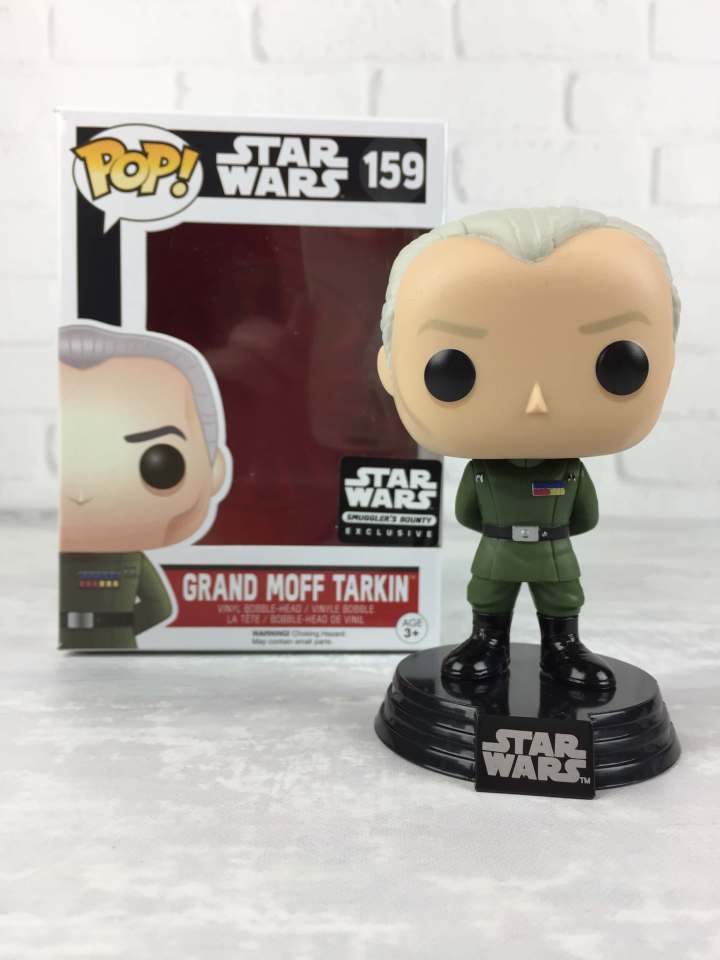 Such a great villain and this box was so timely! Star Wars came on the other night and I could. Not. Stop. Myself. I had to watch it! (Star Wars as in IV). Peter Cushing was so great.  And those sunken cheeks?! I cannot. 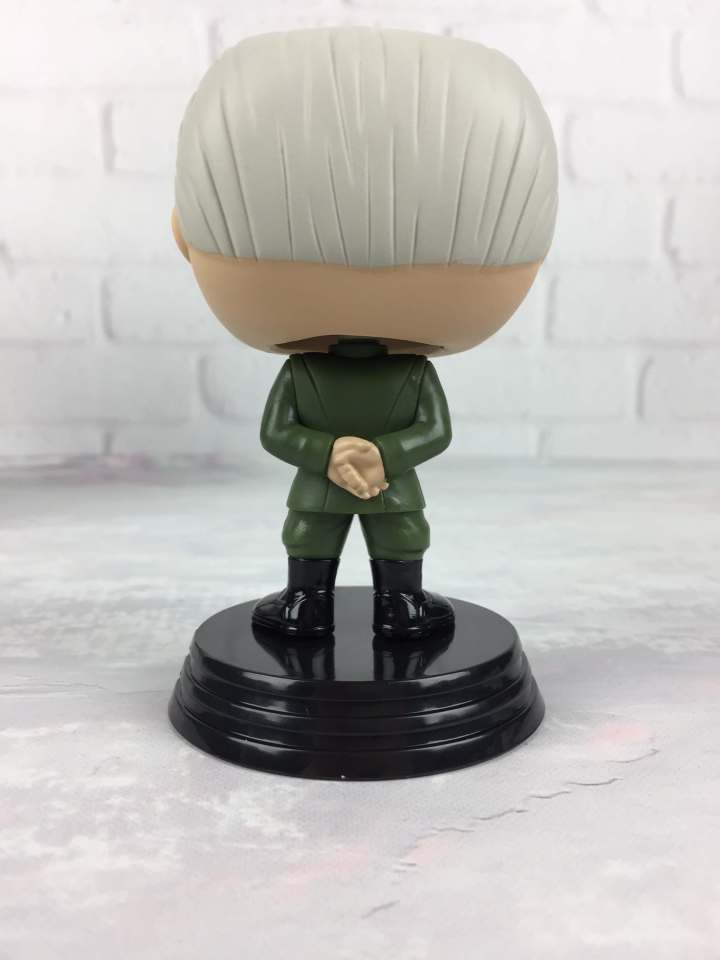 Typical Tarkin with hands behind his back. 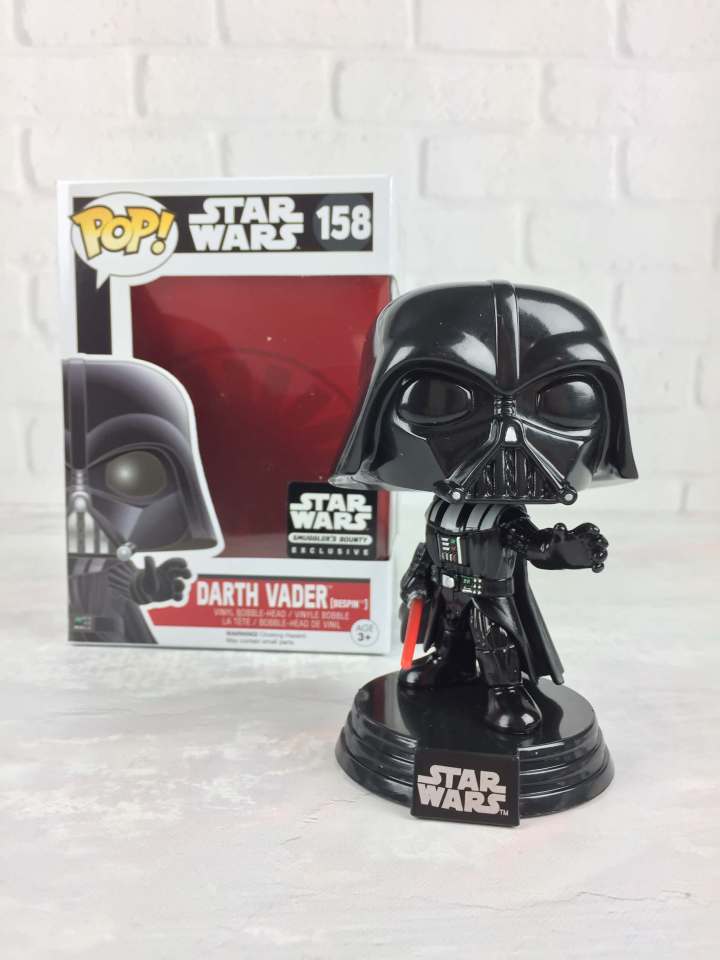 And Darth in the Bespin duel! 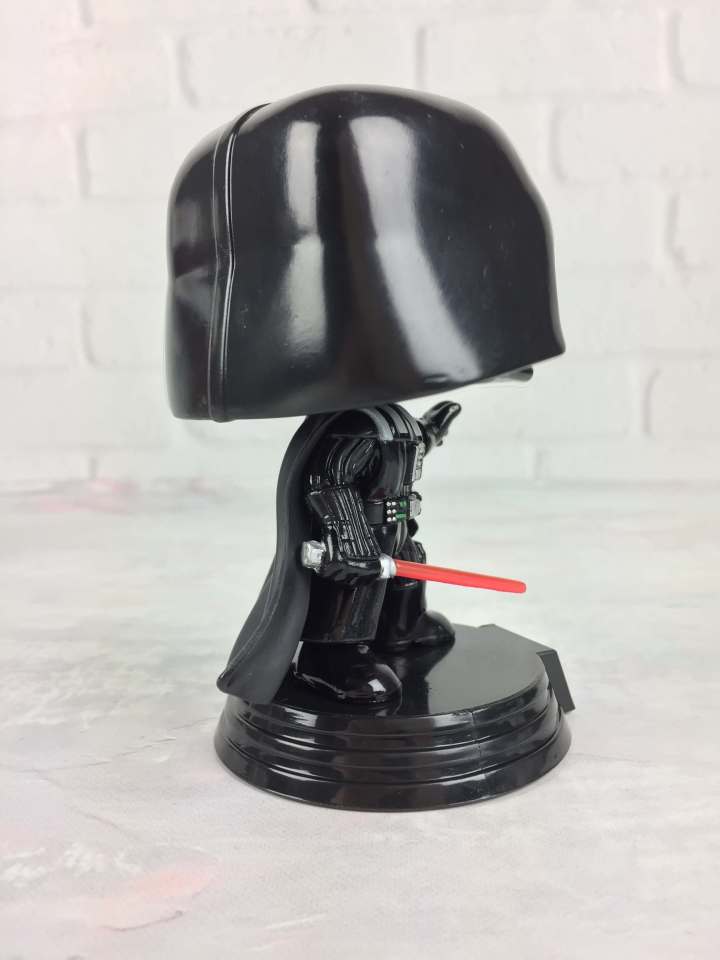 If you were confused or wondering what Bespin is, it’s the planet on which this occurred.

Luke… I am the most necessary Pop in your collection… 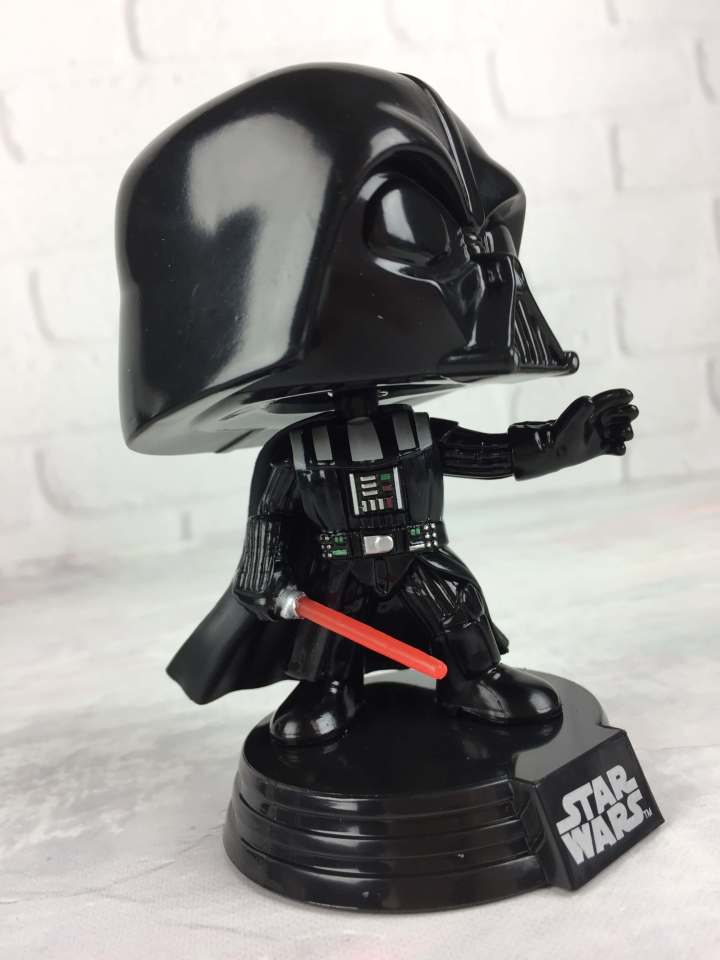 He reminds me a bit of Lord Helmet!

This was a good solid box and Pop collectors will be thrilled with these molds! I definitely loved it, but I also like the non vinyl Funko items, but not everyone does! The only real quibble I have is that Bespin is not the Death Star. FYI – you can get Bespin Luke pre-duel and post-duel to match this figure.

Check out the spoilers for the November 2016 ROGUE ONE box! (Careful, actual Pop spoilers in those spoilers).