Mexitreat delivers your all-time favorite Mexican snack and treats through a monthly subscription. The salty/spicy/sweet combination used in Mexican treats is unlike any American confection.  The promise of a taste of my childhood for as little as $14-18 (with shipping) was very exciting to me as I now live far closer to the Canadian border than the Mexican one. But even if I did live near an ample selection of Mexican themed candy stores, this particular subscription box offers a variety and assortment of items that isn’t necessarily available in the U.S. Roughly half of the items in this first box only had Spanish on them. What I received was authentically an imported box of sweets and treats. They were packaged tightly in a cardboard box with a treat carrying donkey on top!

I was giddy with delight as I opened up my first shipment and I saw the word “hola!” with a smile staring back at me. Sitting on the kitchen table was a combination of candies I knew from my youth mixed in with new varieties and flavors. There was not only candy but chips, juice, and two different forms of candy based on goat’s milk. There were 17 different treat types in the Box, and of those, 10 were some form of chili flavored Tamarind or Chamoy based treat. Also included was an apple juice, a marshmallow cookie covered in chocolate, and a hazelnut chocolate roll with peanuts sprinkled on top. Every item was very fresh with expiration dates as far off as late 2017.

My Mexitreat box also included a table of contents card. It showed a picture of every item in the Box with the description of the item in English. The one thing I feel that is missing however, is an explanation of how to enjoy some of the items. For example, Cajeta was included in this box. Instructions to put this on either bread or a nice warm flour tortilla would likely enhance the experience and enjoyment for someone unfamiliar with this type of item. It is also excellent on a vanilla or shortbread cookie, which you cannot tell based on the label.

All the goodies in the box, with the spicy on the left and the cookie, chips, and juice on the right.

The juice box had the picture of an apple shaped like a hippo. It made me feel like a kid again to drink out of this box and have this cute character staring back at me. The juice reminded me a bit of Motts apple juice, but tasted like it might have a little less sugar as it was not as sweet as that juice. It still was delicious though and had I had another I wouldn’t have waited long to drink that too.

Tamarind and the lovely candy Mexico makes from it are below. What is tamarind you ask? It’s a fruit that grows in a pod and is part of the pea family. It grows in a hard outer shell, similar to a pecan shell. There are also hard seeds in the middle and a tart pulp that grows around them, which is the edible part. You will also find it as an ingredient in Asian countries, but in Mexico, it is primarily used in sweets with chili pepper and salt included for a sweet, hot, and salty kick.

The packet of the pulp itself was included in my box. If you look closely at the picture you might notice little brown flecks and a couple of white bigger dots. The flecks are bits of the pod, and the white dots are seeds. The pulp is mixed with sugar, citric acid, salt, and you guessed it, some chili powder. The liquid is of a gel consistency and is interesting to eat as it gives you multiple kicks of flavors ranging from hot to sweet to tart.

The candy rellerindos below takes a soft tamarind mixture and surrounds it with a hard candy outer shell. As you can see, the shape resembles the pod. The name is akin to being called “filled-tamarinds.”

The Pulparindo candy below is a non-liquid soft form of the pulp. Again, its mixed with sugar, salt, and chili. The red packets are extra hot, while the green one has some watermelon flavoring added. The de la Rosa company also makes these in mango and its original tamarind flavor, which is sold in a yellow packet and remains my favorite, over 20 years after I tasted it for the first time. There was a packet of Pulparindots included in this box, but we gobbled them up too quickly to get a photo. They were the signature yellow packet flavoring (seen in the group shot above), in a yellow candy coated circle. Great stuff!

The love of all things spicy continues in these two pops below. The Vero Elotes lollipop is a yellow, sweet pop that has been rolled in chili powder. I grew up eating these by swirling off some of the chili powder in a glass of water first. It took time to build up my  tolerance as a child, but eventually I got to the point where I can suck on these all the way through without a problem. The sweetness of the hard pop in the middle provides a nice relief to the heat of the outside.

The Lucas Muecas pops that were included really turn up the heat on the pop above. Not only is it covered in spicy goodness, but you put it back in the container it comes in and shake it up to cover the pop in chili all over again once you take it off! I’ll admit, I had to eat this one in two sittings. The center pop lasted about 8 dips and shakes. The word “muecas” is basically silly faces, as in, you will make silly faces when you eat this because of the sourness and heat! This is a bit like the Mexican version of Cry Babies.

Finally in the spicy category, this Pelon Mini is a fun thing to eat because you push up the candy through little holes on the top of the container. The “hair” grows out on this Pelon (Baldy) and you can lick it up and enjoy. The “chamoy” flavor is generally based on a different type of pulp than tamarind. Its basically a sauce made from different fruit. All chamoy I’ve tried tastes slightly different. This one I really enjoyed as it was a nice blend of sweet, heat, and salt.

The Mamut cookie by Gamesa pictures a Mammoth on the package, the dinosaur after which it is named. It is a soft graham cookie sandwiching a fluffy marshmallow. The whole thing is dipped in chocolate and left me happy to be able to try it. If I ever see this in an American store, I’ll be sure to buy it!

Bocadin is a cookie wafer treat with a peanut butter filling. It was a bit similar to Little Debbie’s Nutty bars, but smaller in size. I could have gone for another one right after, and I’ll thank Little Debbie for that as she always packaged her Nutty bars in 2’s.

The creamy hazelnut filling, surrounded by a cookie wafer of the Mui-Bon was nice. It woudl have been good with a cup of coffee or as an after dinner treat. It did have a peanut coating which gave it an additional change in texture and crunch.

This large dulce de leche Cajeta Oblea was soft and delicious. It was rather sweet, so I enjoyed it over several days as the wafer was far too large to try and gobble up all at once. It is somewhat similar to the Cajeta I mentioned earlier, except that one was more liquid in nature while this is something you can pinch off with your fingers without ending up with a sticky mess. No bread, cookie, or tortilla needed to enjoy this one.

This subscription box is good for anyone looking to experience new flavors or sample a variety of flavors they may already know and love. The downside to the box however is that if you really like something, there isn’t a way yet to order more of that particular item. The value for the money of Mexitreat was good and I would wholeheartedly say that you should go and #MEXITREATYOSELF

Have you tried any Mexican treats lately? Save 10% off your first order with coupon code CRATEJOY.

The Subscription: Mexitreat
The Description: It’s more than just a snack, a bite into a pulparindo takes us back to the days when we were free to chase the paletero. Life isn’t like it used to be, and access to mazapanes should not be what keeps you up at night. Let us deliver a box of your childhood favorites right to your door.
The Price: $16.98 per month
See Mexitreat in the Hello Subscription Box Directory!
The Categories: Boxes with Geographic Appeal, Snack Subscription Boxes. Mexican Candy Subscription Boxes, Mexico Subscription Boxes.

Save 10% off your first order. Use coupon code CRATEJOY. 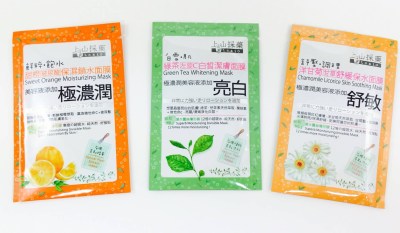 Isela is a foodie who enjoys exploring different cuisines, treats, wines, and ingredients. Naturally, food themed boxes featuring hard to find items in her neighborhood catch her eye. She also enjoys beauty and fashion boxes that add color and variety to her everyday wear.