J, age 7, decided to help out because T, age 17, was busy with other things. He’s angling for the Pop Figure in the box. T assisted me in writing the review.

Both boys were interested in the March Powered Geek Box. They were happy with the fandoms in the box.

It’s a great mixture of items this month. Both boys loved it!

The Funko Mystery Minis Batman V Superman ($6.99)  was the first item that J wanted to open because his brother usually opens the blind boxes. I am always impressed by the amount of details in the mystery minis. Aquaman has his own movie coming out in 2018.

T – Mom did not recognize the new Aquaman. The old Aquaman looked lame. He looks much cooler now.

T – The scene that had the Superman Soldier did not make sense to me. Doesn’t matter.  All Pop Figures are welcomed in this house.

The Super Mario Bros hat shows a scene from the first Mario game.  It is an adult-size hat even though J claimed it for himself. Mario is red and white because he got the fire flower power up. He is shooting a fire ball at the Koopa Troopas.

The ceramic Superman Mug by Zak! ($5.99) is based on the old style Superman. It is dishwasher and microwave safe. There are no boring sides to this mug.

The skull is the Punisher’s trademark symbol. Check him out in DareDevil Season 2.

T – I keep forgetting to check out the DareDevil shows!

T – I don’t quite remember, I think this is from a scene in the movie that shows him in the newspaper looking around.

Both boys loved the March Powered Geek Box! T liked that everything is licensed items – which also meant that everything was high quality, and there were two Funko items this month! J had a blast opening up the blind box and claimed a few items for himself. They look forward to the box each month and eagerly anticipate it.

Visit Powered Geek Box to subscribe or find out more. Use coupon code hellosubscription to save 10% on your first box or save 15% off a premium box with code  PREMIUMBOX. 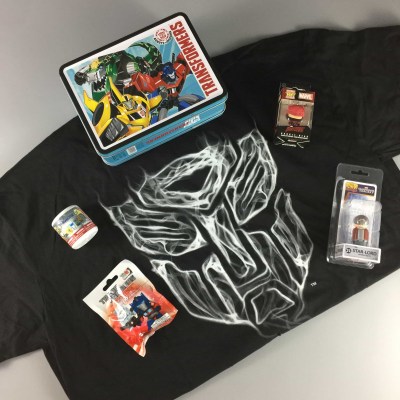 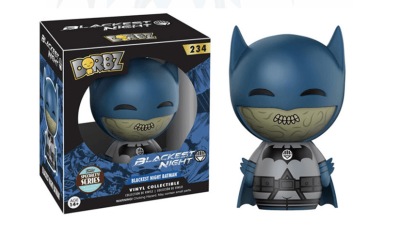 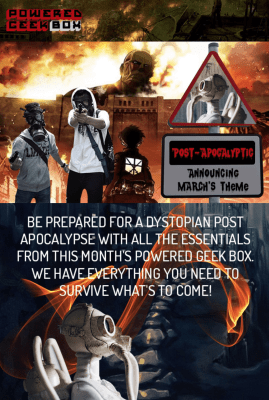