I stepped outside and staring up at me was a split face of Captain America and Iron Man.  I was pretty anxious to see what Marvel had in store for me with the Civil War edition of the Marvel Collector Corps subscription box.

Marvel Collector Corps is a bi-monthly subscription from Marvel Comics and Funko. Boxes are $25 plus shipping and there are no coupons. The box promises $50 in value every box, plus every single item is a 100% exclusive item. Past items have included vinyl collectibles, home items, accessories, and apparel.

Every month has included a comic and the exclusive patch and pin.

A Crossbones patch and Black Panther pin are included and are the first things you see when you open the box.

Civil War is Black Panther’s movie debut! The patch & pin are fun ways to get items for characters that aren’t the headliners in the films.

The inside of the box has some cool artwork!

The art has plenty of looks of not only Cap and Shell-head but many other Avengers.  From the cool action of Captain America vs Iron Man to the great poses of Vision, Falcon, Ant-Man, Black Widow and more, Marvel Collector Corps gives you a lot to look at and it’s awesome they do new custom art for every box!

Perhaps the most anticipated film of 2016 and this box gives you plenty of cool items to get you prepared.  T-shirt, collectible toys, comic book and more.  What an awesome time to get the Marvel Collector Corps subscription box!

For its second year, MCC introduced a new information card for the box! This is really awesome and gives some insight into the Funko creation process as well as why some of the items were selected!

Black Panther # 1 Variant Cover – $4.99 cover price.  The Funko Pop version of Black Panther and Captain America graces the cover.  I’ve heard great things about this comic book (it was released only a couple weeks ago) and look forward to reading it.  Cover art by Amos Maldonado.

This is a fantastic addition to any POP! collection.  Great interaction between these two and lots of detail!

The clear stand is a nice touch to give Iron Man that action look he deserves.

I also like Captain America standing at the ready with his mighty shield.

This is another exclusive figure for Marvel Collector Corps.  Lots of detail, an exclusively unmasked figure, and he’s really cute, of course!

Captain America: Civil War Lanyard.  This lanyard has the Funko POP! faces of Captain America and Iron Man so you’re covered no matter what side you choose.

Captain America: Civil War – Whose Side Are You On T-Shirt.  I’m really liking the Funko Pop! look to this t-shirt. Team Iron Man has Black Panther and Black Widow. Captain America’s side has Scarlett Witch and Falcon!

Marvel Collector Corps knocked it out of the park with this box.  Captain America: Civil War is a hot commodity right now – the release is May 6 – and this box is packed with so much great exclusive content and three Funko figures.    This is one of the best values you can find within the world of subscription boxes. I can’t wait for the next box! 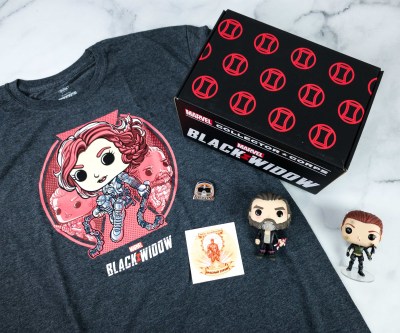 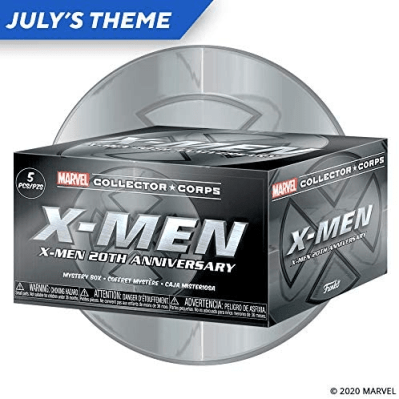