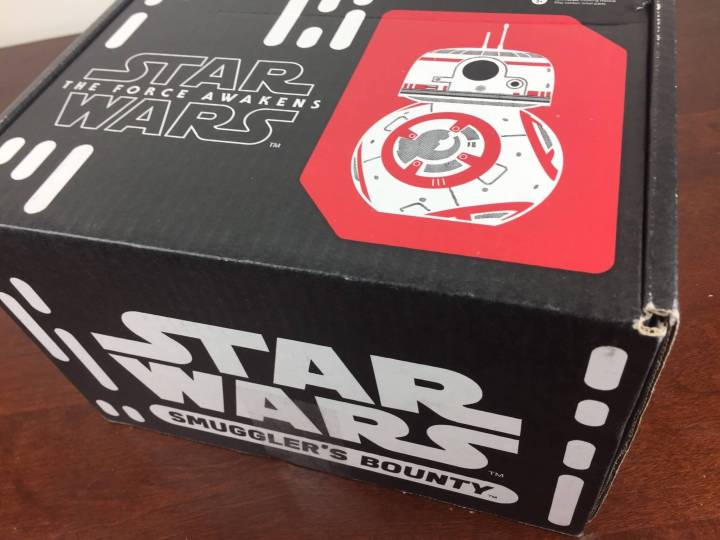 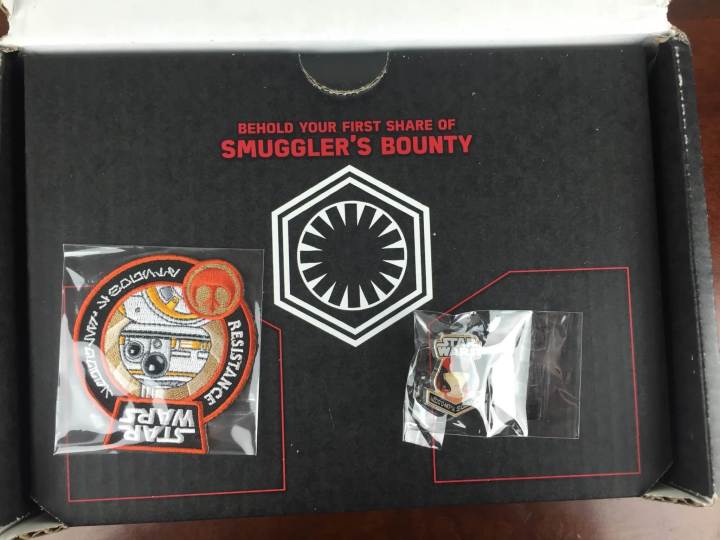 Behold! Your first share of Smuggler’s Bounty! An exclusive Badge and Pin! This is my second share, so I don’t know what’s up with that! 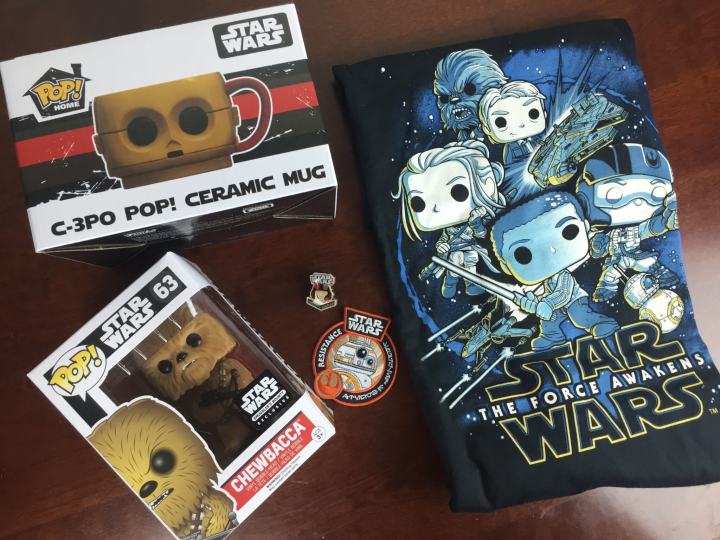 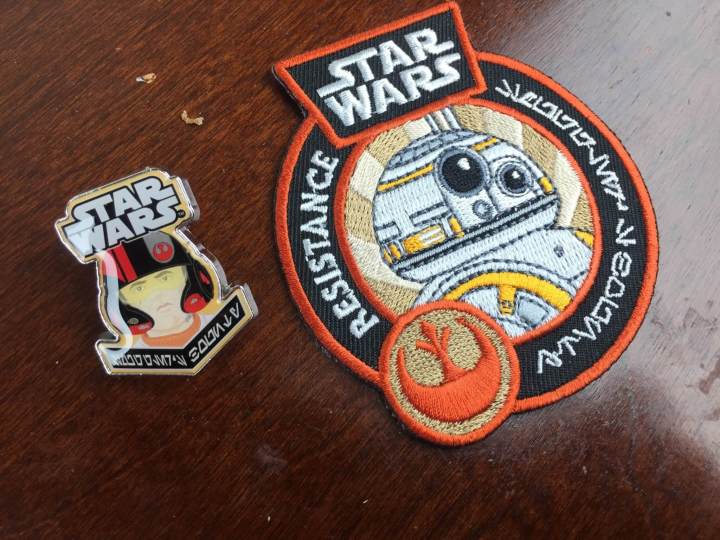 The Badge/Patch is obviously BB-8 and the pin shows Poe Dameron. The script is Aurebesh and says Smuggler’s Bounty. 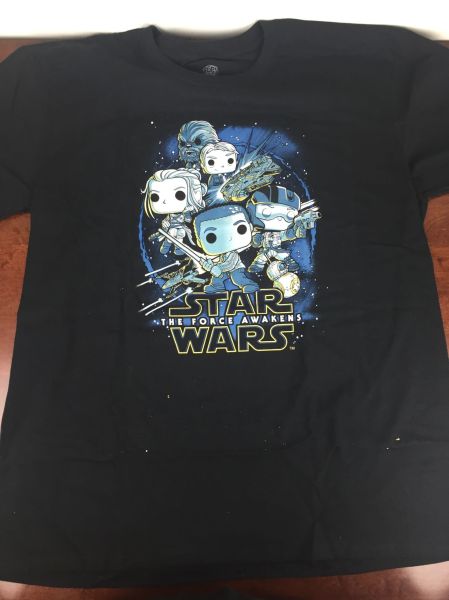 Funko Star Wars: The Force Awakens – The Resistance T-Shirt: Well hello Rey, nice to see you! I really hope I get an actual POP! Figure of her soon (and maybe a women’s shirt size? My daughter and I are going to start recrafting a bunch of our shirts soon…)! But this is a GREAT shirt with Chewie, old Solo, Rey, Poe, and Finn front and center! This is a great shirt! Last month’s had a Funko logo on the sleeve – no logo this month! 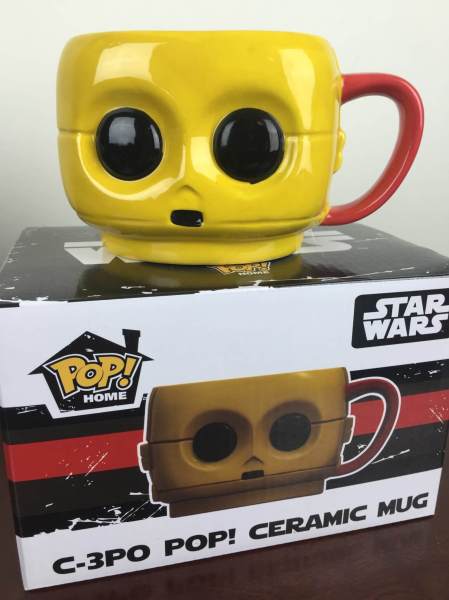 C-3PO Funko POP! Home Mug: This is one awesome mug! I’m super excited that we’re starting to see Funko’s new Home line show up in their subscriptions, but particularly excited to see the mug be one of my fave characters! I believe this one is desk-worthy (maybe 1 thing every other month makes it to my desk, it’s pretty special!). 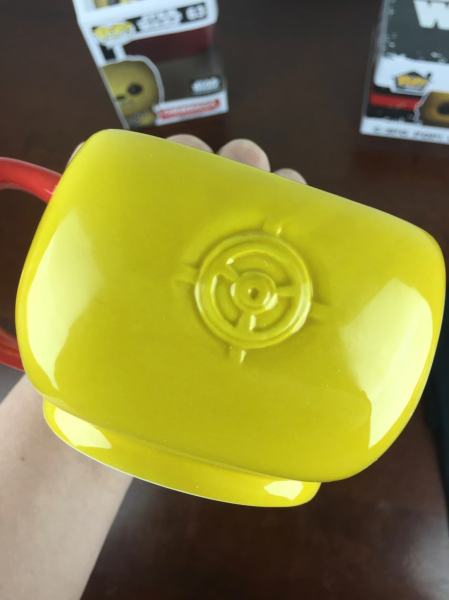 Super detailed for the style that it’s in! 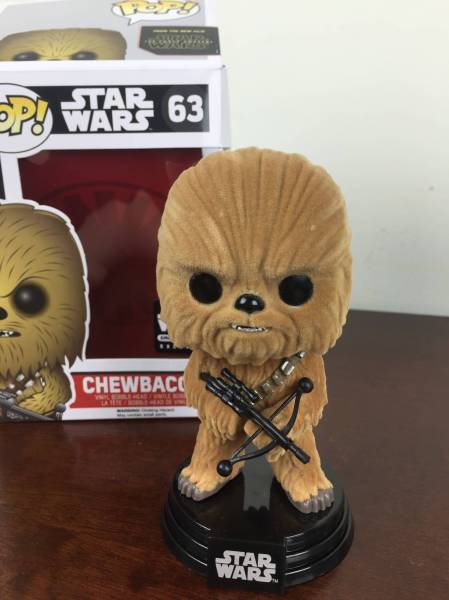 Star Wars: The Force Awakens Funko POP! Chewbacca Vinyl Figure – Variant Pose & FLOCKED! Really, it doesn’t get better, this may be my favorite Funko POP! of ALL TIME! You can see the regular version here. This one is amazing! 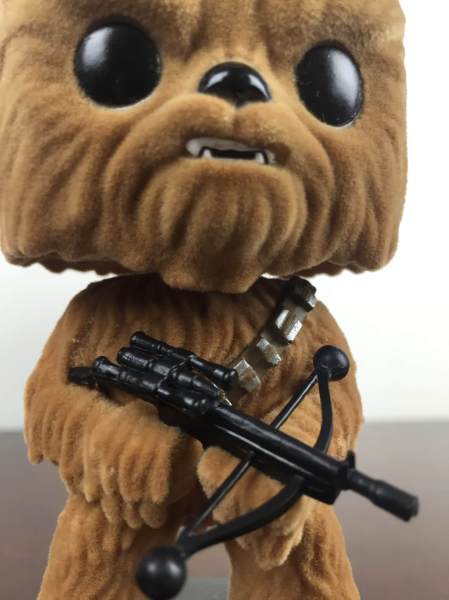 Look at the insane detail! I love him! This makes it to my desk too! My kids better keep their paws off my Chewie! 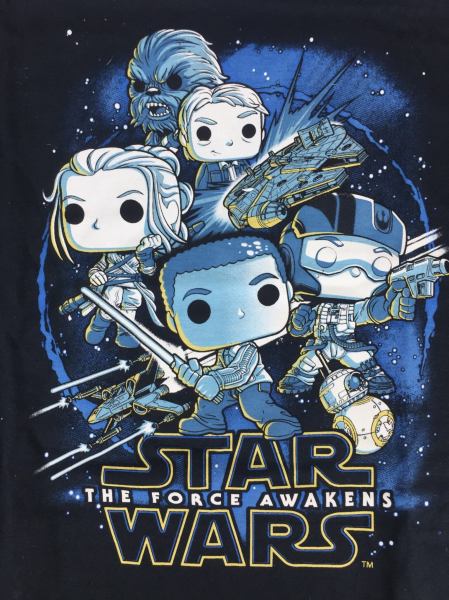 I couldn’t resist a closeup of the shirt! This was a fantastic box and at about $10 per major (and 100% exclusive) item, it’s worth the cost every month. My home may overfloweth with Funkos, but it’s always exciting to open one of these boxes!

There’s a theme spoiler out for the March 2016 box already – CANTINA!